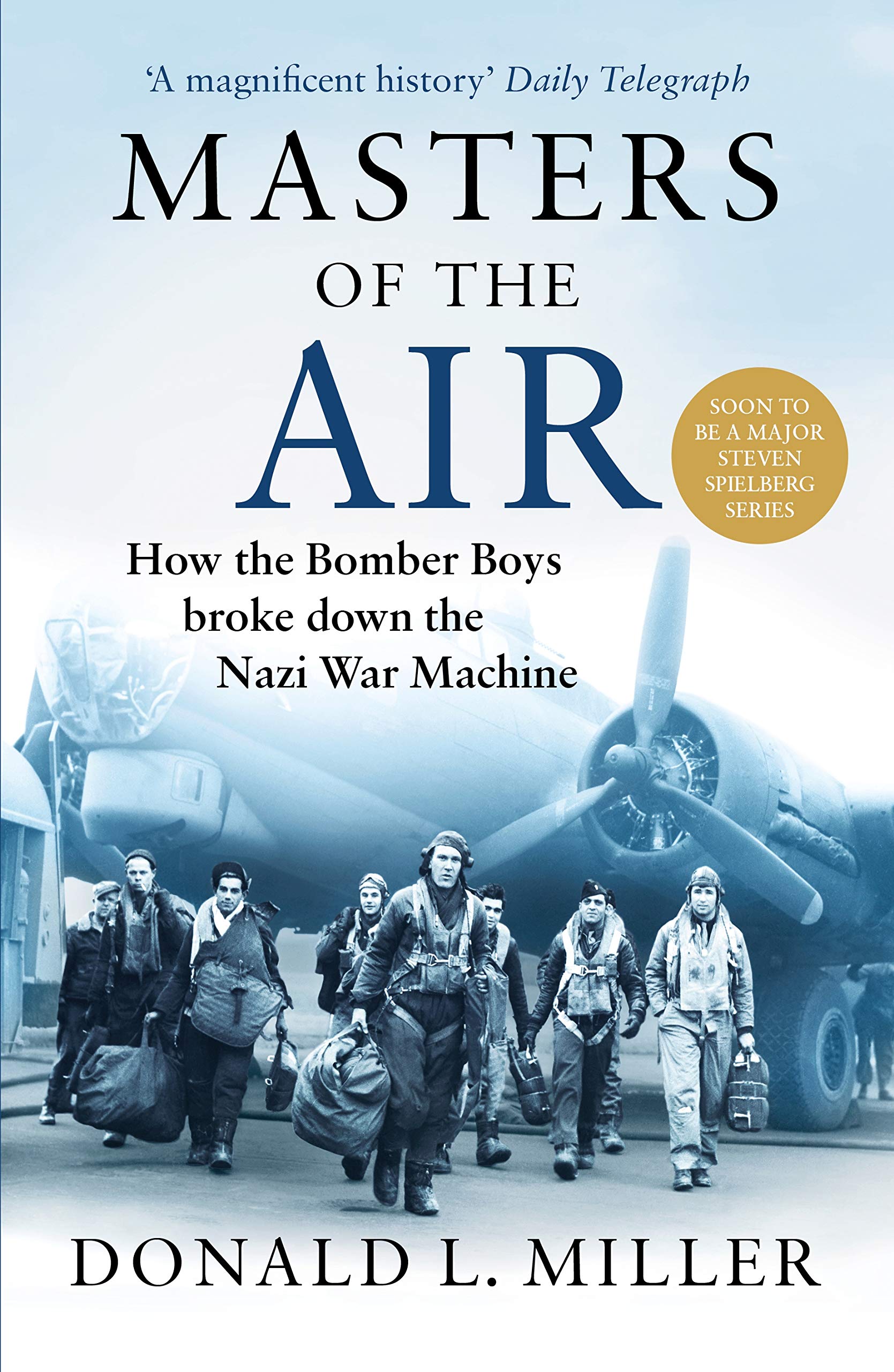 #WavellReviews “Masters of the Air. How the Bomber Boys Broke Down the Nazi War Machine” by Ronald L. Miller

***Spoiler Alert*** For fans of Band of Brothers and The Pacific, the third outing into the Second World War mini-series is coming in 2021 / 2022, and Masters of the Air is the book it is based on!

The Combined Bombing Offensive – the dual efforts of the RAF’s Bomber Command and the United States Army Air Force – has become one of the most scrutinised military operations in history.  For many, the discussion about this new way of waging war was framed in the post war years by the famous historian J.F.C Fuller.  Fuller argued that Bomber Command’s approach to the war would have ‘disgraced Attila the Hun’.  Superficially, Fuller was perhaps right: this new way of waging war in the heart of your enemies homeland had caused up to 600,000 deaths and wounded up to a million.  Thankfully the debate about the Combined Bomber Offensive has moved on.  Whilst the morality of it will always be debated, the effectiveness is now much better understood.  Excellent scholarly works such as Tooze’s The Wages of Destruction – the making and breaking of the Nazi economy, and O’Brien’s How the War was Won, outline, in forensic detail, the effectiveness of the Combined Bombing Offensive.  It almost certainly did not achieve what its planners hoped; however, it did cause debilitating harm to Germany and contributed significantly to the outcome of the war.  With this in mind, it is perhaps even more important that we try and understand the life of those men who flew on these operations.  These men, who at times had less than a 10% chance of completing their tour of duty and who were well aware that, at times, they lived up to the ‘baby killer’ reputation given to them by the Nazi propaganda machine.

The 8th Air Force, the largest aerial force in the Second World War, is the central focus of this book.  This Air Force was formed with one purpose: to take the American fight to Germany.  Using American machines, American men and, they hoped at least, an American way of waging war.  Formed in early 1942, the nascent formation began to develop in England, focused on the Norfolk and Suffolk countryside.  One theme that both pre-dates the 8th Air Force, and one that continues throughout this book, is the US Army belief that US Strategic bombing would be precise, and could destroy the German economy.  As this book outlines in detail, this is a key moral issue and a physical issue throughout.

Masters of the Air focuses in detail on the period of 1942-45 and, whilst expanding upon the key events of the 8th Air Force during that period, the reader is introduced to a host of characters and their personal stories about these key events.  The story of the Combined Bombing Offences is often told in numbers: X number of planes lost, or X tonnage of bombs dropped.  It is rarely told through the eyes of those who fought it.  These stories are both harrowing and at times disturbing.  The airmen of these units, often very young, were thrown into a world where they could be fighting for their lives over Germany at lunch time, but back in time to take their ‘English girlfriend’ to dinner in London in the evening.  This first-hand account of this type of fighting is excellent, as is the narrative which clearly explains that those in the air were in a rapid development cycle of new technology and new tactics.

The author also includes a significant amount of space on the wider strategic and political implications of this type of war.  The assessment of targets is explained, and the political issues about being seen to do something are important elements of the bombing offensive story.  It is often forgotten that a significant amount of analysis was undertaken to try and identify and understand both the Nazi economy and its weakest point.  Sadly, for both sides, it wasn’t until the later stages of the war that the points of pressure where the Combined Bombing Offensive could exert its greatest influence were identified.

To conclude – this book is excellent.  The forthcoming television series is likely to focus on a specific group of the 8th Air Force – most likely the ‘bloody 100th’ – and therefore will be unable to explore many of the important issues covered in this book.  It is a must read for those interested in the wider history of the Second World War, and should be the next book you read if you are passionate about the war in the air.