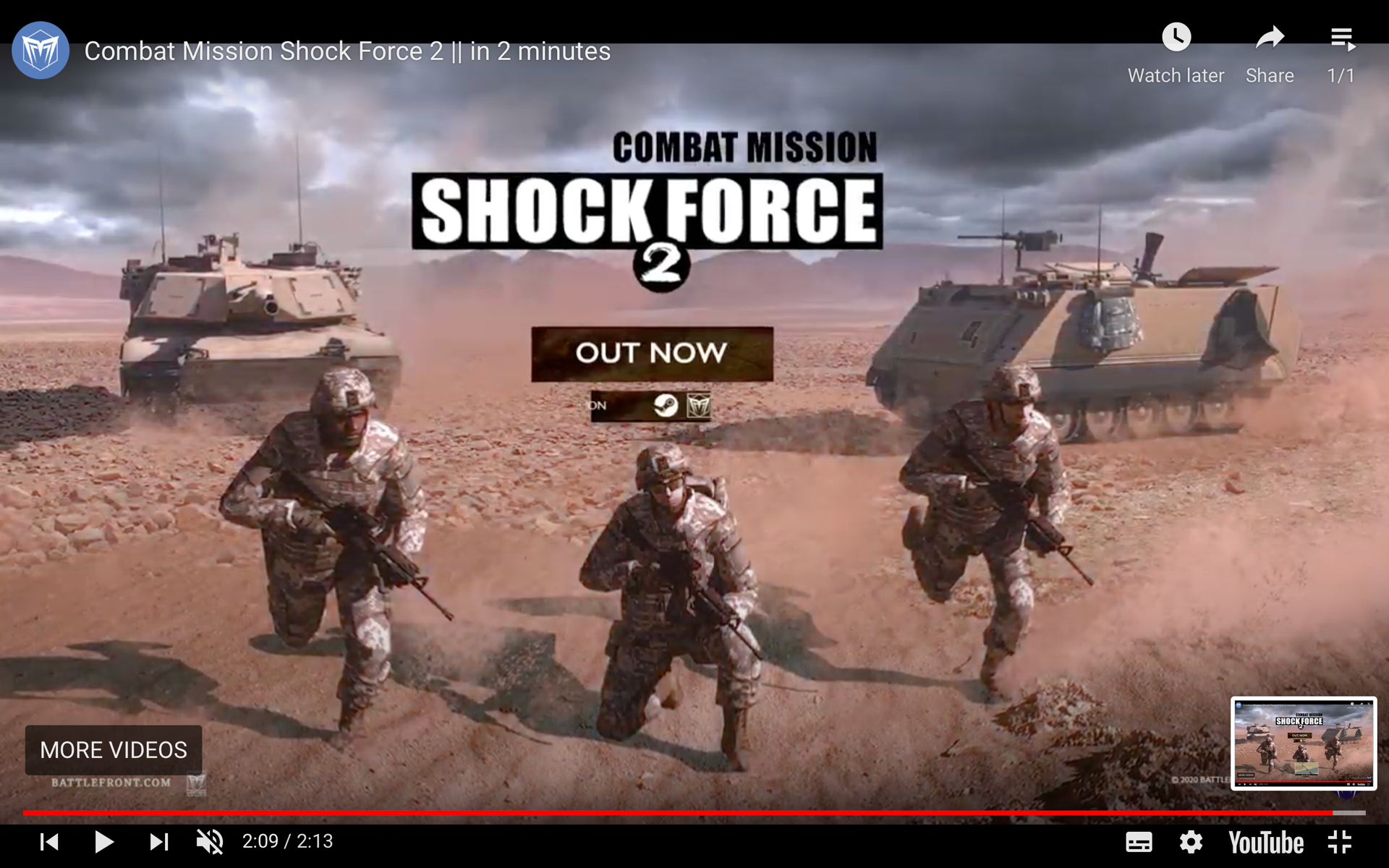 Wargaming has significant utility to enhance training within the Army Reserve.  It offers professionally engaging and conceptually challenging training with low resource costs.  Additionally, it acts as a source of empowerment for junior ranks and promotes networking between reserve units.  This article builds on our first about the utility of wargaming in the modern British military.  It’s a sales pitch aiming to generate greater interest in wargaming.

Why is Wargaming needed?

Army Reserve training occurs in a resource constrained environment, especially time.  Drill night attendance is varied and insufficient in length for more than basic refresher training.  This is compounded by the unique challenge, not faced by regulars, of making training weekends attractive enough to entice sufficient attendance.  Typically, a reserve contingent for these weekends is around sub-unit size, meaning that, at best, each company or squadron commander will only get one or two opportunities at most to command a sub-unit in the field.  That assumes that the sub-unit can operate coherently and that the training involves sub-unit activity.  Training to operate at battle group level in a combined arms context is, by extension, an unrealistic aspiration.

Against the desire for greater regular-reserve integration, this shortfall in combined arms understanding severely undermines the attractiveness of a formed reserve sub-unit to a regular training event or operation.  As the reserve cannot expect the frequency or scale of training to change soon the question remains how can these inherent shortfalls be mitigated or overcome?

Wargaming comes in both manual and computerised formats.  The latter usually draws more attention and comes in either virtual or constructive versions.  Whatever the form, wargaming allows players to immerse themselves in unfamiliar situations that are difficult to replicate via live simulation methods.

Wargaming already has some pedigree in reserve forces.  The Scottish and Northern Irish Yeomanry (SNIY) have had success with using Virtual Battle Space 3 (Defence’s Virtual Simulation) to train Light Cavalry crews between distributed Army Reserve Centres.  The 4th Battalion of the Duke of Lancaster’s Regiment (4 LANCS) has used both a manual wargame ‘Take that Hill’ and a constructive commercial computer wargame ‘Combat Mission Shock Force 2’ (CMSF2) through personnel connected with UK Fight Club.

The key advantage of using CMSF2 is the realistic feedback from this flexible and cheap training tool with high adaptability to simulate different contemporary threats and operations from section to Battle Group level.  In conventional Army Reserve training events, the enemy is static and sterile to enable the tactical mechanics to succeed.  Wargaming allows the ‘gloves to come off’ and provides the training audience with more realistic regular, irregular, and hybrid threat challenges.

It is important to stress that the best outcomes occur when operational staff work, proper planning processes, orders, rehearsals, and after-action reviews are included rather than simply ‘plugging and playing’.

Wargames require as much interest and involvement as field training.  Additional layers of complexity and training value can be added to events occurring in the simulation.  For example, and common to field training, media injects, role-players and back briefs to senior officers can be used to add to the experience.  Using the game’s save feature enables training to be reset to gain maximal learning and avoid a catastrophic error to unhinge the training event.  This also enables high repetitions, allowing for experimentation with different tactics, fire support locations or indirect fire.  As the Army wrestles with the balance between planning and execution, this offers an opportunity for sets and reps to hone skills.

CMSF2 is effective at demonstrating combined arms manoeuvre with current UK assets and fills the Army Reserves’ officer development niche, by developing officers’ situational awareness, doctrine, and estimate.  It has also been used to demonstrate tactics on drill nights and to develop soldiers before promotion courses.  CMSF2 is also useful for displaying the effects and uses of indirect fire assets, support weapons and specialist capabilities such as snipers or combat engineers that are infrequently used by reservists.

Utility for the Reserve

In weekend live training, an officer or NCO might fail in front of their peers and, as already mentioned, not have the chance to ‘redeem’ themselves that year.  Wargaming offers a safe-to-fail environment for commanders to try, fail, learn, and improve via repetitions.

Wargames of this nature provide a rare opportunity for reserve sub-units to practice the company estimate and for sub-unit commanders to coach junior officers and develop cohesion.  It has also proved to foster healthy competition and professional satisfaction, a draw for soldiers and commanders alike.

The 4 LANCS wargaming journey has also been the source of an empowerment wave.  Unlike traditional planning exercises, which remain very much an officer sport, wargaming, when planned correctly, can include a cross-section of ranks.  It is hardly surprising that the older, more senior ranks have less understanding with the utility and technical composition of simulation.  This provides a golden opportunity for junior officers and officer cadets who, under normal circumstances, would not be involved in exercise design, to create and run company and battalion training events.

4 LANCS has pioneered the involvement of their signals platoon to include BOWMAN comms in the wargame, testing voice procedure, reporting and returns and reality of dealing with higher headquarters.  This also removes the barrier to entry of operating the simulation (assessed as around 10 hours) by providing a cadre of observer controllers to input the in-game orders, leaving the training audience free to concentrate on the tactical problem.

The use of irregular forces to disrupt in conjunction with denial and defence by conventional forces proved challenging for commanders at all levels.  The hybrid enemy used by 4 LANCS trained and fought using tactics and doctrine from Task Force Hannibal and contemporary Russian doctrine.  Reservists do not frequently train in certain defensive operations, such as anti-armour ambushes, and CMSF2 allows for cheap and accessible training for these operations.  These exercises also developed the CIS platoon and company operations rooms, which are essential capabilities used on any operation from UK resilience to warfighting.

4 LANCS are currently planning Ex VIRTUAL LION 3 which will invite sub-unit HQs from Army Reserve units across 4 Brigade to participate and demonstrate the utility of wargaming.  This article is part of the sales pitch!

This wargaming is part of a wider initiative by UK Fight Club; a grass roots wargaming experimentation group of military and civilian enthusiasts.  UK Fight Club passionately believes that wargaming’s benefits to Defence have yet to be fully realised and are working with all three services, NATO and the wider community of practice to rectify this.  In short, and in common with others, we want to remove the script and get fighting

Fight Club is not a formal entity within the UK military hierarchy, granting it extraordinary freedom to pursue distributive technology and processes and to discuss and challenge accepted dogma, doctrine and ways of working.  Despite being barely a year old membership has grown exponentially with over 500 so called ‘fighters’ connected via distributed social networking tools.

Notably, the membership is extremely broad, with participation from all three single services, foreign armed forces, civil servants, civilians from academia, industry, science and, of course, wargaming networks.  These diverse backgrounds bring a huge wealth of knowledge that allows the club to work on a variety of projects both unclassified and classified.

The club utilises a variety of different simulation methods, from matrix gaming to commercial products and even producing its own manual wargames with the next game focused on urban environments.  These are crowdsourced training tools produced and knowledge is further shared with the group running its own webinar series.  They value diversity and draw on varied topics from a wide spread of established experts.

Looking forward, Fight Club plans to exploit professional editions of the software to maximise the training and analytical outputs of wargaming.  There is a desire to leverage machine learning and artificial intelligence to cull data collected from games to amplify insights and assist with analysis.

The use of wargaming in the reserves by junior ranks raises the level of professionalism in the force and is a cost effective investment to develop adaptive thinkers.  The unforgiving crucible of combat and its increasing demands to out-think opponents requires a military culture of consistent conceptual adaptation and physical preparation.  Wargaming can definitely help with this approach.  The experiential learning provided by wargaming is unique, fun and needs to be unleashed more often, with further integration of other joint forces to achieve greater teamwork and effects.

Charlie Bradbury is a 2nd Lieutenant with 4th Battalion The Duke of Lancaster’s Regiment, a British Army Reserve Infantry unit. He is currently in his third year studying Politics and International Relations at the University of Lancaster. Post graduation he is considering a job in the Civil Service.