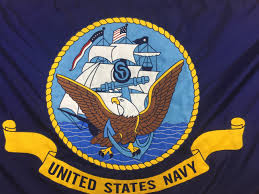 A New Beginning for PME?

Just six months after the release of the heralded Education for Seapower Strategy, the United States Navy (USN) was labelled the laggard of the American military services when it comes to professional military education (PME). The indication by USNI News that Education for Seapower was ‘under review’ and may face cuts warrants an examination of the many benefits that the strategy proffered, particularly in view of Mike Clark’s recent call for reform in UK PME and Andy Young’s prudent promotion of a learning culture in the British military.

An increased focus on education followed the 2018 National Defense Strategy, which stated that PME in the US had ‘stagnated’. The Education for Seapower Strategy released in March 2020 outlined plans to transform Navy and Marine Corps education in the US. It also contained a number of salient points that have relevance for the delivery of PME around the world.

First and foremost, the strategy is evidence of the enduring importance of PME. Thomas Modly, then-Acting Secretary of the Navy, noted in the document’s opening message that the strategy ‘provides unified Departmental leadership direction to regard naval education as a critical warfighting enabler’. Sometimes perceived as time away from operations, PME is better viewed as time spent preparing for operations. A Wavell Room article in 2019 argued that: ‘PME provides the architecture around which innovation is built, it provides the culture of critical analysis and reflection without which wars cannot be won.’

Education for Seapower aligns with the Australian Army’s professional military education strategy in emphasising the need for the military to have an ‘intellectual edge’. It concedes that the ‘economic and technological edge’ that the US maintained previously is declining and that there is an increasingly ‘level playing field’. An intellectual edge is, as a result, conceived as ‘the primary military differentiator’ between the US and potential adversaries. It has been acknowledged, equally, in British doctrine that ‘our people and the superiority of the decisions they make…will determine our continued decisive edge into the future’.

The debate about PME around the world has tended to be concentrated on officers, but it is recognised in Education for Seapower that such an approach is not sufficient. The strategy explains: ‘To deter future conflicts and to win those we cannot avoid, we need to operate at or near our full theoretical potential. We cannot reach that level of maximum effectiveness without great education for our entire force.’ The emphasis on the ‘entire force’ is key. Master Sergeant Matthew Reed has previously contended that there is a need for the US Army to ‘develop strategic mindedness and cross-cultural competencies to prepare senior NCOs for the upper strata of responsibility’. Militaries around the world are increasingly acknowledging that the intellectual edge must be maintained by the whole force.

The strategy also emphasises the need for ‘a continuum of learning for the entire force’. While there are differences in national structures of PME, the importance of a learning continuum transcends national boundaries. Kevin Ashford-Rowe proposed in 2017 that for PME to become ‘a sustained and sustainable component’ in the Australian Army, it needed to ‘first become embedded within the ongoing training and education culture’.

Education for Seapower outlines the organisational role in supporting life-long learning for personnel, but it also makes clear that responsibilities rest at other levels. It is noted that personnel of ‘all ranks’ need to ‘value learning as the cornerstone of their professional development’. There is an individual responsibility for personnel to drive their own learning in both informal and formal contexts. An emphasis is also placed on the requirement for leaders to support the educational plans of subordinates and to ‘create a climate of intellectual exchange’. That responsibility has been considered a core role and a privilege by forward-thinking advocates of PME. Then-Brigadier Mick Ryan, for example, wrote in 2017: ‘Inspiring subordinates to look deeper into the various aspects of their profession, and observing how their developing professional mastery is applied, is an essential part of good leadership.’ The strategy also points to a requirement for senior leaders to serve as ‘role models’ by practicing lifelong learning. Senior leaders need to be prepared to champion the benefits of education and foster a culture of lifelong learning. ‘Warrior-scholars’ and ‘warrior-diplomats’ should serve as an inspiration for the entire force.

The strategy also identifies the vital role played by faculties: ‘Faculty members must be leaders in their respective fields and consistently deliver high-quality education to Sailors and Marines operating across the globe, using the full range of education delivery methods.’ The statement chimes with a 2004 declaration by Rear Admiral R.A. Route, then-President of the US Naval War College, in which he acknowledged the requirement for faculty with an ‘extraordinary degree of mental flexibility and intellectual agility’, irrespective of whether their backgrounds were in the military or civilian academia. Militaries do and should continue to reap the benefit of a diverse faculty, including civilians, to maximise the educational experience. Education for Seapower wisely concludes: ‘Great professors are the lifeblood of any world-class university system, and thus their recruitment, retention, and support should be a top priority.’

Education for Seapower recognises the ever-growing importance of PME in the multinational context, declaring: ‘interoperability requires that weapons systems be complementary and that communications systems be linked, but intellectual interoperability – the ability to communicate and analyze problems jointly – is equally important’.  John Kroger, then-Chief Learning Officer for the Department of the Navy, had already stated explicitly in 2019: ‘More officers in the Navy and Marine Corps should also be sent to the advanced military schools of U.S. partners and allies in order to boost interoperability and global competence.’ The strategy also acknowledges the importance of international officers attending US professional military education programs. That would build on the current international programs offered by institutions such as the US Naval War College. It also corresponds with NATO’s view that education is an important means to ‘help to improve [the] “interoperability” of multinational forces’. Although exchanges have been primarily considered an element of defence diplomacy, the advantages that accrue when multinational personnel integrate in an educational setting should not be underestimated. PME provides, ultimately, an array of national and multinational benefits that should be harnessed to improve cultural and intellectual interoperability.

Conclusion: Still Relevant But Many Challenges

While the various plans outlined are ambitious and the implementation of them may prove to be challenging – assuming that the strategy is not dropped as has been speculated – the logic underpinning Education for Seapower remains sound. For education to provide a decisive edge, it needs to be adequately resourced and, as outlined in the strategy, a culture of lifelong learning needs to be inculcated. Embedding education at the heart of professional development, talent management and career progression creates a platform for future success that is applicable across national boundaries.

Dr Steven Paget is a Reader in International Security and War Studies at the University of Portsmouth. Prior to that, he was a Senior Lecturer in Strategy and Operations at the New Zealand Defence Forces Command and Staff College and the NZDF Teaching Fellow at Massey University.