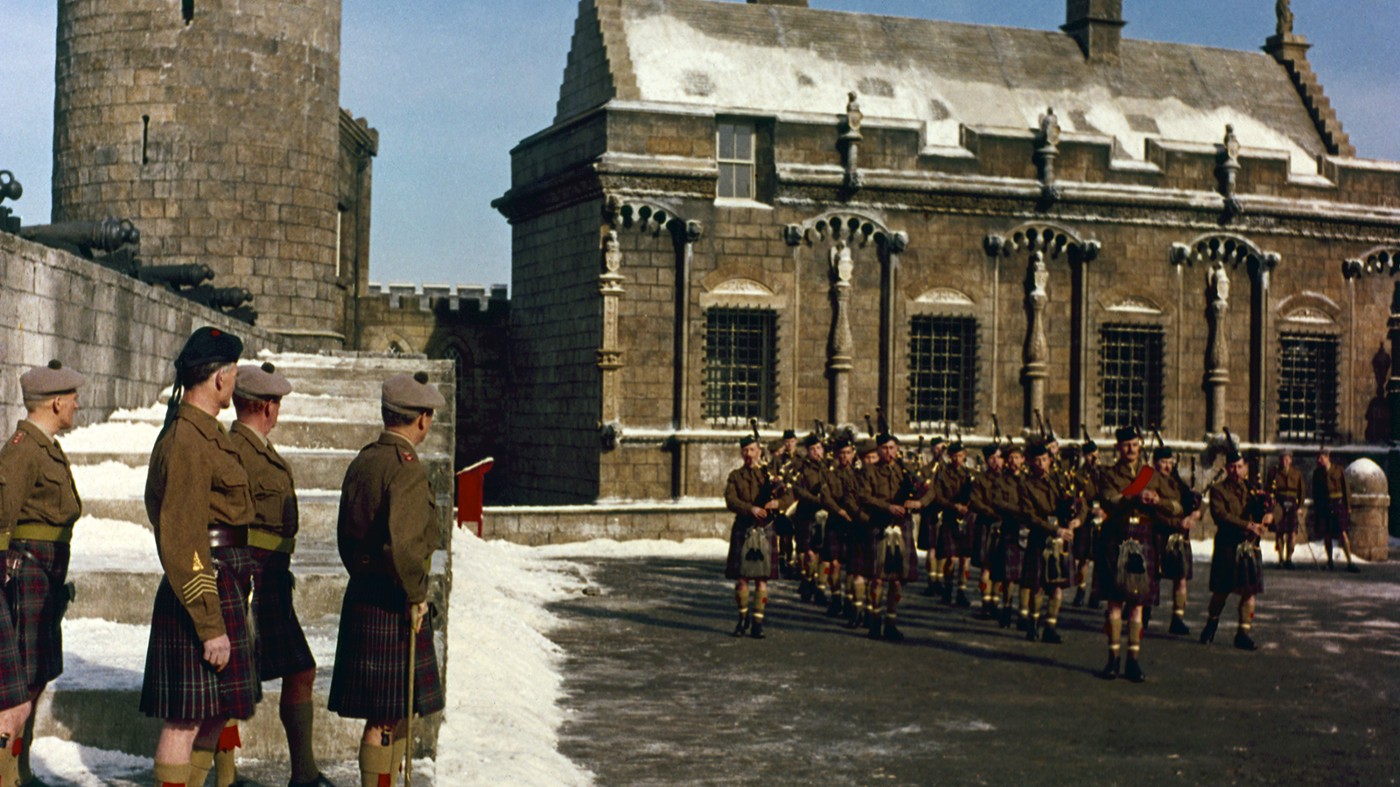 The 1960 film Tunes of Glory has long been a favourite.  The movie depicts a post-World War II Scottish infantry battalion headquartered in Stirling Castle.  The castle, scenery, and soldiers in their kilts and trews all make up for great visuals.  The acting by Alec Guinness, John Mills and a troop of British character actors is very good.  The screenplay by James Kennaway was based on his novel of the same name.  Kennaway had served as an officer in a Highland regiment after World War II.  A promising career as a writer was cut short by his death from a heart attack at the age of 40.

I have watched the film as a teenager, as a junior officer, and since my retirement from the Marine Corps; every viewing experience has been different.  I am always drawn back to the film not just because of its quality, but  because I have always felt that I was missing something.  It took me a while to see past the particulars of time and setting to appreciate the points about military life that Tunes of Glory makes which are universal and eternal.

The film and the novel play off each other.  Experiencing them both opens up interpretations that might not be available if you are only familiar with one or the other. Reading the novel (and an introduction by Allan Massie) helped me to understand the movie, and vice versa.  Kennaway does a fine job as screenwriter adapting his own novel to film.  He makes some of the scenes more visual, putting events that are only referred to in passing in the novel in front of the camera.  The acting of the two leads in particular gives the two main characters added depth and complexity.  Together, film and book reveal some realities about military life that often get swept under the carpet but deserve greater consideration.

The plot revolves around two officers commanding a Scottish battalion in the years after World War II.  Jock Sinclair (Guinness) is an ex-piper commissioned from the ranks who took command of the battalion in North Africa.  He is relieved by Barrow (Mills), a well-connected Sandhurst graduate who spent most of the war in a Japanese prisoner of war camp.   Sinclair is resentful of Barrow for having ousted him from command. Barrow is intimidated by Sinclair the war hero.

In a sense, each has what the other lacks.  Sinclair is a warrior and leader of men, but he’s hopeless as an organiser and disciplinarian.  He leads his officers in heavy drinking and often buffoonish behaviour.  Barrow unwisely orders all officers to take part in Highland dancing lessons each morning, arousing their resentment.  He then goes on to make an unbecoming scene at a cocktail party for the local gentry when the very same officers engage in the kind of rowdy dancing that the very lessons had meant to put a stop to.

Despite their obvious differences, the two leads are similar in the sense that both are essentially lonely and unfulfilled.  Both have been married but are now on their own.   Sinclair has a grown daughter with whom he has a loving but somewhat distant relationship.  Both are burdened by their memories of the war.  Barrow spent years in harsh and unproductive captivity.  Sinclair suspects that his best days are over, and even that his wartime success was a fluke.  They also share a keen sense of the burden and isolation of command.  There is the hint of Othello in Tunes of Glory, with Barrow as the Moor and Sinclair as his Iago.

The sexual element of Othello is echoed when Sinclair strikes a corporal who he learns has been dating his daughter Moag, and perhaps in a rivalry between Sinclair and another officer for the same woman, actress Mary Titterington (played in the film by Kay Walsh).  None of these men or women are mad or wicked, but the soldiers are caught in a claustrophobic, competitive environment of male one-upmanship.  There is certainly humour and comradeship woven throughout the story (more so in the film than in the novel) but the bark of authority and the threat of punishment and shaming are a foreboding and continuous presence.  The castle setting, and the wearing of kilts also serve to reinforce a sense of isolation and antique barbarity.

Even if you’ve never read or seen Tunes of Glory, you have probably guessed by now that this story ends badly, with the death of one colonel and the personal breakdown of the other.  Tunes of Glory is probably one of the best literary or filmic warnings of some of the pitfalls of army life, of lives spent preparing for death.  The romance and tragedy of soldiering are here in concentrated form.  Speaking as an American, it could be rewritten for the modern American military, maybe with an academy graduate being put in above a popular up-from-the-ranks XO in a battalion back from deployment, with piney, southern, Civil War-haunted woods taking the place of snowy highlands, PT in place of dancing, beer instead of scotch whisky, PTS and post-deployment remorse and suicide in the air.

Reed Bonadonna is a retired U.S. Marine Corps infantry officer and field historian. His latest book is How to Think Like an Officer: Lessons in Learning and Leadership for Soldiers and Other Citizens (Stackpole, 2020).