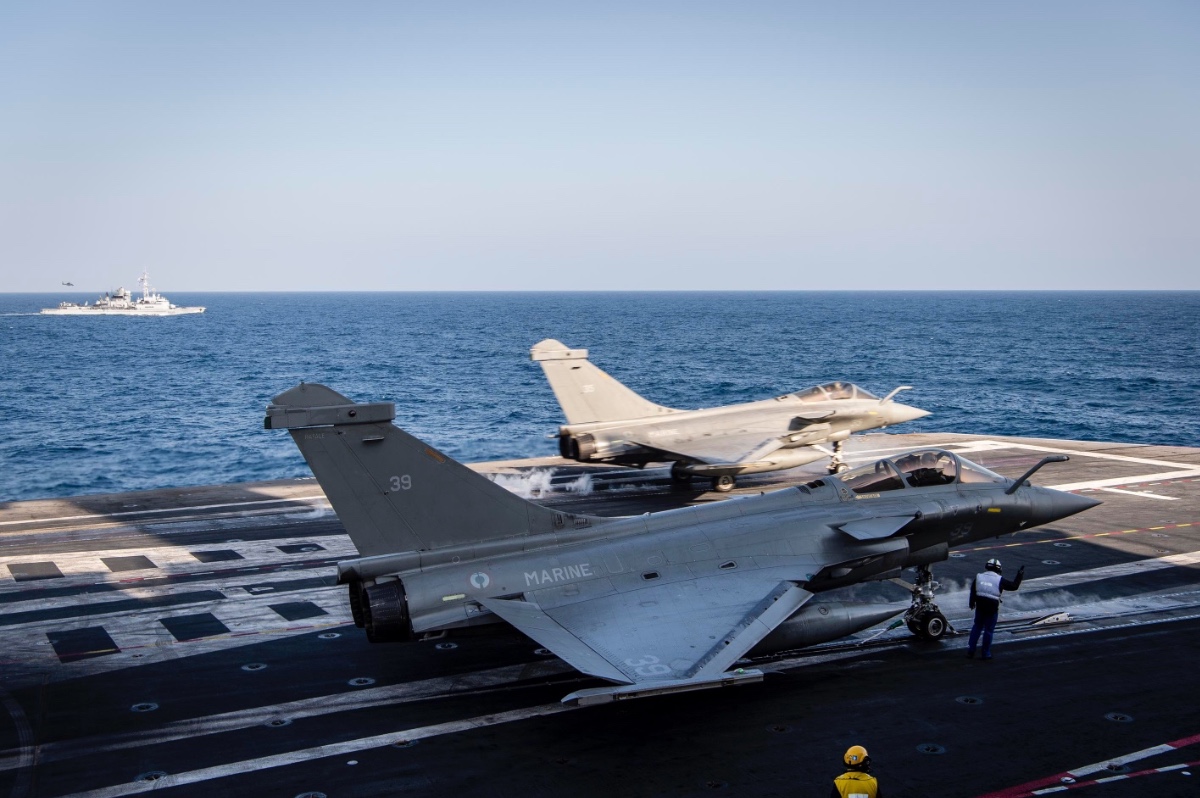 France is a global power, with territories in Western Europe, North and South Americas, the Caribbean, and the Indian, Pacific, and Antarctic Oceans. The presence of territories in so many different regions is an essential geostrategic asset for France. For instance, it is what allows France to own the second largest Exclusive Economic Zone (EEZ) on Earth, behind the United States. Indeed, as much as 96% of the French EEZ is due to these overseas territories.

However, France may lose part of these territories if the French government is not careful and maintains its seeming complacency. In metropolitan France, overseas territories seem too often to be a mere afterthought. Metropolitan citizens rarely, if ever, hear about them on the news, and French politicians seldom mention them in public statements. A disconnect between metropolitan and overseas France, along with poor to very poor socio-economic environments represent a critical danger to France’s global integrity.

This article will first present the strategic importance of France’s overseas territories before focusing on some of the issues they face and offering some policy recommendations.

The French overseas territories are notably essential to support France’s status of international power in two arenas: military and maritime.

The French overseas territories allow France to use its military power globally, complementing military bases in foreign countries and her aircraft carrier. As a matter of fact, France is the third country in the world enjoying the biggest global military footprint, behind the United States and Russia (Tenenbaum, Paglia, Ruffié, 2020, p. 33). These overseas territories “give France secure platforms for power projection all over the world, and the possibility to redeploy military assets in response to changes in the strategic situation.” They allow France to be present “as a credible partner and ally in both the Indian Ocean and the Asia-Pacific region.” (§272) They enable France to rapidly intervene outside its metropolitan territory and contribute to regional military cooperation (p. 2).

The geostrategic value of the French overseas territories is also visible in the spatial realm. The location of some of them, such as La Réunion, could be used for missions such as the observation of geostationary orbits in the southern hemisphere (Tenenbaum, Paglia, Ruffié, 2020, p. 76).

Aside from the strictly military value, they are also a potent diplomatic tool by making France present outside Europe. For instance, France is the sole European power to possess territories in the Indo-Pacific region (Cambon, 2019, p. 15), which is particularly valuable given the strategic value this area has gained over the past decade.Further, these territories offer unique advantages to France’s position within Europe. For instance, French Guiana, with its location by the equator (Tenenbaum, Paglia, Ruffié, 2020, p. 76), hosts the French spatial base of Kourou. However, it also is being used by the European Space Agency, which calls it “Europe’s Spaceport,” and is the Agency’s sole launch site. This most likely gives France more weight and prestige within the European Union.

French overseas territories also grant obvious economic and maritime benefits to France. Most notably, they give France the world’s second largest EEZ. Especially in the Indian and Pacific Oceans, this EEZ holds the potential of containing reserves of hydrocarbons and strategic minerals which could be necessary to France’s strategic autonomy (Tenenbaum, Paglia, Ruffié, 2020, pp. 76-77; Cyrille P. Coutansais, “L’empire maritime français : Enjeux et défis,” Les Grands Dossiers de Diplomatie no. 44 (April-May 2018), p. 37). Such reserves are, as of yet, either unexploited or unexplored, but may very well contain precious resources. Additionally, the French EEZ contains biodiversity which may prove useful in terms of food, medicine, and cosmetics (Coutansais, 2018, pp. 37-38).

Moreover, as the world’s economic center of gravity is shifting towards Asia, new maritime trade routes could open up. French overseas territories could be on the way of such new trade routes, especially La Réunion in the Indian Ocean (Tenenbaum, Paglia, Ruffié, 2020, p. 75).

The advantages granted by the possession of these overseas territories are clear, be it militarily, diplomatically, or economically. They unequivocally allow France to be a global power. However, the French government faces critical obstacles which must absolutely be addressed and resolved if it wants to maintain these territories as part of the French Republic.

One major problem is the socio-economic aspect of these territories. Poverty rates are overall very high in the French overseas territories, and consequently, the standards of living are much lower than in metropolitan France. The differences between the former and the latter are shocking, in this regard. In 2017, the poorest area in metropolitan France, Seine-Saint-Denis department, had a poverty rate of 27,9%, which was the exception. Indeed, it was the only metropolitan department with more than a 25% rate of poverty. The second poorest metropolitan department, Aude, had a poverty rate of 20,8% (see Figure 3).

However, the poverty rates in overseas departments are cripplingly high. The same year, Martinique had a poverty rate of 28,6%, Guadeloupe 34,5%, La Réunion 38,3%, French Guiana 52,9%, and Mayotte, a staggering 77,3% (see Figure 3)., All of these departments have standards of living which are lower than that of metropolitan France, and is proportionate to the above-mentioned numbers (see Figure 1). Sadly, this does not appear to be a temporary situation which occurred for unusual reasons. It is part of a trend which is more than likely structural. For at least roughly two decades from 2003 to 2019, unemployment in French overseas territories had always been higher than that of metropolitan France (see “ILO-unemployment rate” figure; for unemployment rates per region in 2019, see Institut national de la statistique et des études économiques, “Emploi, chômage, revenus du travail : Édition 2020,” July 2, 2020, https://www.insee.fr/fr/statistiques/4501601?sommaire=4504425, Figure 1). Only in 2020 did the unemployment numbers even out, but it sadly had nothing to do with measures taken by the French government to improve the situation overseas. It happened because of the COVID-19 pandemic, which created a dramatic rise in unemployment everywhere in France, both metropolitan and overseas.

The Possibility of Independence

Another critical issue the French government has to face is the risk of losing part of its overseas territories, both in the short and long terms, because of independence movements. French overseas territories are largely the legacy of an imperialistic past. As a result, two of them – New Caledonia and French Polynesia – are listed by the United Nations as “Non-Self-Governing Territories.” Consequently, the General Assembly has repeatedly adopted resolutions reminding New Caledonia and French Polynesia’s right to self-determination. It has done so every single year, respectively from 2008 to 2020 and from 2013 to 2020, and is likely to keep doing so in the future. Therefore, should the majority of the inhabitants of these territories want independence, they would automatically benefit from the support of the United Nations’ General Assembly, which very clearly considers that they could legitimately split from France.

As a matter of fact, it might already be too late for New Caledonia. Following the Nouméa Accord of 1998, France held two referendums on the question of independence in 2018 and 2020, with a “final,” third referendum to be held in 2022. While the 2018 and 2020 referendums showed the majority of voters wanted to remain part of the French Republic, there has been an increase of votes in favor of independence. Indeed, in 2018, 43,33% of the voters wanted independence, whereas two years later, the numbers went up to 46,74%. If it turns out to be a trend and not a one-time increase, the next results could be very close. Furthermore, pro-independence parties now have a majority in the collegiate government of New Caledonia for the first time – although the new government has failed four times to elect a president as of yet – and the leader of the New Caledonian Congress is an independentist.

Even if most voters decide for New Caledonia to remain French in the next referendum, it is very unlikely that it would be by a large margin, which is problematic. More than 40% in favor of independence is already a lot, and makes it hard for the French Republic to secure sufficient legitimacy. France would need to deploy a huge array of means to win over the population of New Caledonia, especially the Kanaks – the indigenous inhabitants of this territory – who overall form a strong base in favor of independence.

The risk of permanent territorial loss is real if France does not take urgent action to improve affairs in its overseas territories. The case of New Caledonia, while specific and the result of a very particular history, should ring multiple alarm bells. Poor socio-economic conditions and not being sufficiently integrated to the Republic are two elements which must absolutely be corrected as soon as possible to ensure that France keeps its overseas territories.

The first thing France needs to do is to reduce unemployment in its overseas territories and deploy robust means to improve their socio-economic environment. It is scandalous that in a developed country with a strong gross domestic product such as France, there are such high rates of poverty and unemployment. Implementing measures to correct these issues would show the local populations that the French government does not only focus on the metropolitan territory, but on France as a whole – which would be an important step towards showing that the French government does not consider the overseas territories as an afterthought. Dramatically improving the standard of living of French citizens overseas should be an essential objective of the French government, now and in the future. It would be up to the experts to determine which measures would work best in this regard, but the reduction of unemployment might be the first natural step towards such a goal – perhaps with the help of state-sponsored investments. Such measures must be adapted to the specific environment of each overseas territory.

To reduce the risk of a break-up, the French government must increase the integration of the overseas territories to the French Republic, and not treat them as the sole products of an imperialistic past which would somehow not be as important as metropolitan France. Many measures could be implemented.

For instance, there are no schools of administration (instituts régionaux d’administration – state schools which train future mid-level civil servants) in any of France’s overseas territories, while all five of them are in metropolitan France. Consequently, a French citizen not living in metropolitan France would have to travel thousands of kilometers and be far from their families and friends if they want to serve the French state – which should not be the case. The French government should create at least one school of administration per geographical region containing a French territory with a sufficient number of inhabitants. Such a measure would also naturally and healthily help to increase diversity among the French administration and bring the populations of overseas territories closer to the French Republic. 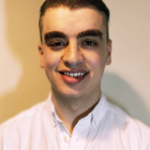 Lorris Beverelli is a French national who holds a Master of Arts in Security Studies with a concentration in Military Operations from Georgetown University. He was published by The Strategy Bridge, Small Wars Journal, RealClearDefense, The National Interest and the Georgetown Security Studies Review (The Forum). He created the military history blog War Writers (https://warwriters.com/).