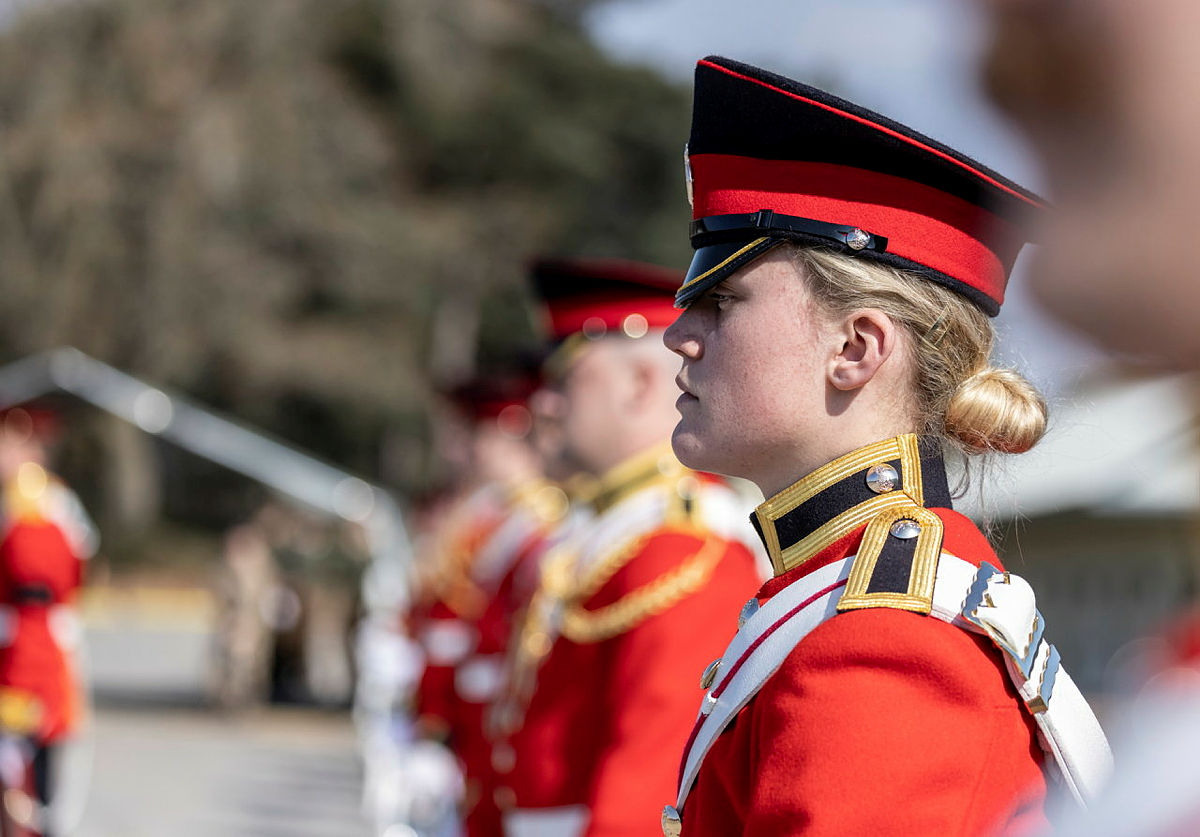 Imagine your workplace dress regulations, now go back in time to the early 1900s. The British Army has made great progress towards gender equality and it continues to move towards a progressive and modern attitude… there is just a bit more to go yet. One clear marker of this is the idea of the ‘female equivalent’ in dress codes.

The term ‘female equivalent’ in the Armed Forces is often seen directly under a list of appropriate male clothing to wear for a certain function, often outside the working day. For a smart parade, this could be ‘Jacket and Tie/Female equivalent’ or perhaps for a formal social in the mess ‘polo/collared shirt and smart-casual non-bright trousers/chinos with oxfords, not derby, and no more than half brogue…. or female equivalent’.

‘Female equivalent’ is a term that usually washes over 90% of the audience, but for the remaining 10%, that is all the women in the Armed Forces, it is a constant reminder that they are an afterthought. Or, perhaps worse, that someone is too scared to treat them equally. The phrase is a bastion of the ‘old Army’ and no matter how much genderless language or equal opportunities are presented, the military is not used to treating women and men the same everywhere. As such it refrains from prescriptively telling women what they can and can’t wear. This is no problem with day to day life, it’s easy, we all wear combat uniforms but the issue raises its head when the military doesn’t wear a uniform. Staff, working in the Ministry of Defence or PJHQ, or at a social affair or on a visit, still need to conform to dress codes. The Army just has no idea how to write ones applicable to women.

An organisation that has existed for over 400 years and has been entirely focused on one gender, like the British Army, is clearly going to be designed and centred around that gender. This is especially evident with clothing. Boots, combat shirts, helmets and even gloves are designed around the male form or some variation of it. In the last two decades, the number of women in the military has grown, as has the number of roles available to them; the Army has allowed women to join all combat roles since 2018. With this gradual increase in female recruits over the years, many great strides have been made to accommodate this long-forgotten half the population. Some clothing is now designed with women in mind, even if just a bit. There has also been the design and issue of special pregnancy outfits which is inclusive despite being stylistically divisive.

Military language has – slowly but surely – also been growing more inclusive.  In the Queen’s Regulations of 1975, all people were male. Fact. ‘A Commanding Officer may at his discretion withdraw the privilege of wearing plain clothes’ (QR 1975, Ch 5, Part 9, 5.362,p.5-31). In a recent QR I found dated May 2019 the phrase ‘he’ only appears seventeen times in 500 pages and the majority of the appearances are covered with a quick ‘he “or” she’. Most gender pronouns have been converted into the almighty and ground shattering ‘they’. I distinctly remember as a junior officer when writing policy how easy it was to change all the forced ‘he/she’ with ‘they’ and I think about how much time was wasted by my predecessor having to ensure that for every male reference they had also used a female one. Relevant James Acaster comedy skit.

So, how do we change this?

So, if the military is happy to acknowledge and accommodate women, why is it so unwilling to tell them what to wear? At the Royal Military Academy Sandhurst, the centre for all Army officer training, there are posters all over which show two scared and worried-looking Officer Cadets; one male and one female. The posters contain a series of images that depict every possible dress state that a cadet may expect to find themselves in whilst at the Academy. It leaves no room for misinterpretation, although the individual style is considered.

I am in a part of the Army which has one of the highest percentages of females to males, in fact, it may be slightly balanced the other way. After ten years’ service where most of my Commanding Officers have been female as have half the soldiers I have commanded, why do I still see the phrase ‘female equivalent’? In 2016, then Lt Col Lucy Giles (first female commander of New College and now full Colonel) permitted women to wear trousers during the commissioning parade if they chose and she worked towards genderless No.1 Dress ‘Blues’. If Sandhurst can get it right, there’s no excuse for the rest of us.

May I offer a solution; I spent 15 minutes googling for simple resolutions to this clearly tough problem. Miraculously, there are dozens of articles on suitable workplace attire for women (Shahidha Bari and Jess Cartner-Morley were two good examples for this exercise). The best option is to give a sliding scale of freedoms and constraints for office workplace attire. In the below example, the male is taken from genuine military instructions I have received with no female equivalent, the female dress code is adapted from searching through articles online. No time-consuming dress committee was required for this exercise.

One may dislike the issue of clothing policies, but they are a reality of military life for numerous reasons. We must not be afraid to issue edicts to females as we do males with regards to this issue, as we are not afraid to do elsewhere. The women of the Armed Forces should be given the same freedoms as the men as well as the same restriction or else we are not truly inclusive or equal

Alexander Shane is a retiring Army Captain who after a decade of service is heading into civilian industry. He offers intellectual and nuanced insight into military and geopolitical issues to anyone at the till in Waitrose who will listen.