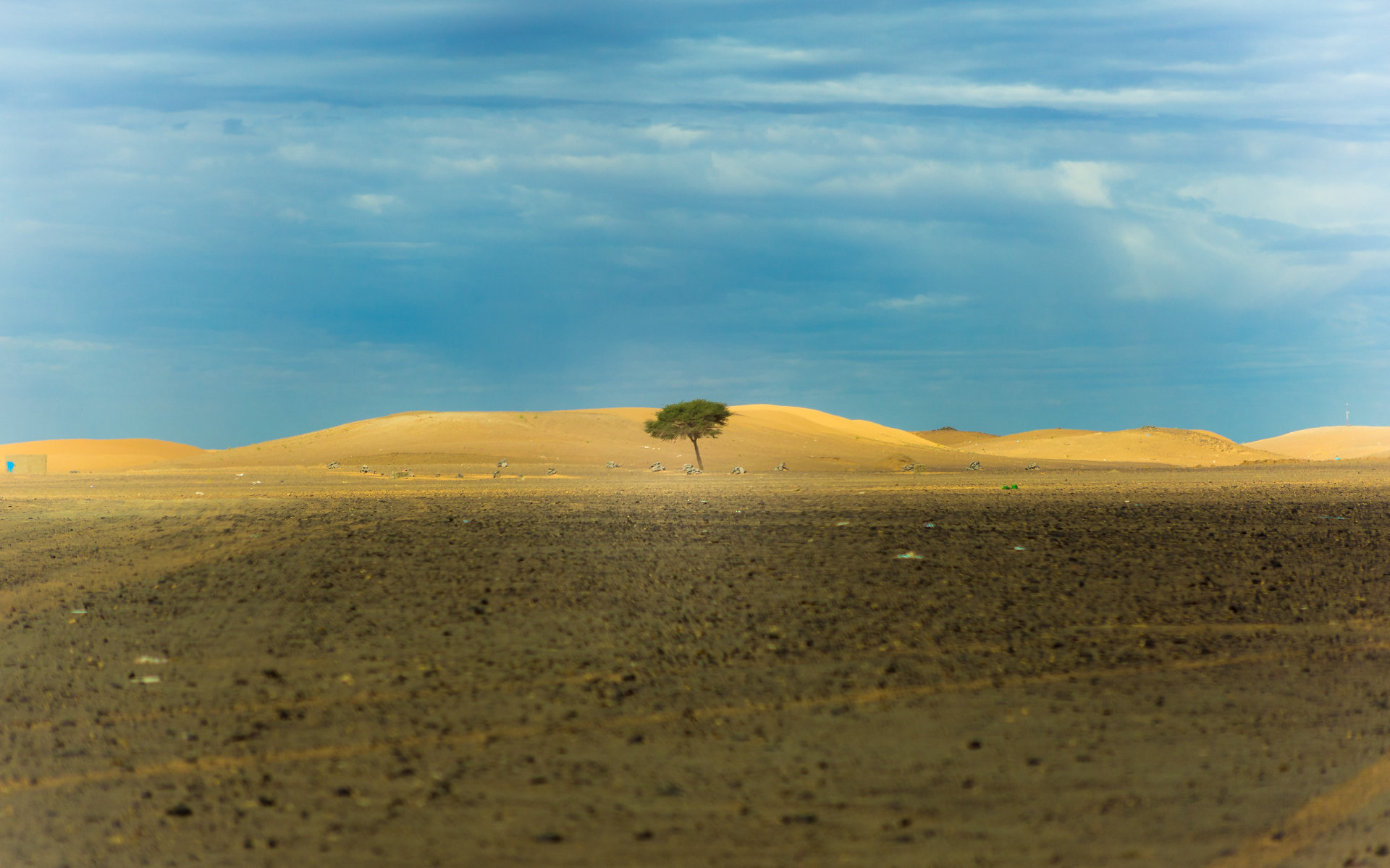 When reflecting on climate change from the perspective of those who compose defence
policy there are two approaches to take.

The first approach addresses the question of the impact that military operations, equipment
and facilities may be having on the production of greenhouse emissions, and what can be
done to minimise them and contribute to efforts to contain climate change. There have
already been some steps taken in this direction. In March, the Ministry of Defence released
an important document setting out “the ambition, the principles and the methods needed
for UK Defence to meet the challenge of climate change.” It demonstrates tangible and
practical reflections on energy use by Defence, as well as how the estates owned by
Defence can be managed in a more environmentally conscious manner.

But the MoD’s Climate Change and Sustainability Strategic Approach also makes it clear that
if you are only thinking about the implications of climate change for Defence from this first
angle, and see it as a boutique issue driven by the latest social and political trends, then you
are risking developing a giant blind-spot that will have substantial implications for defence
planning and operations for decades to come.

Climate change is real, and it is happening. Temperatures are rising. Geographies are being
altered with expanding deserts and melting ice. Habitats are being affected by more
frequent and larger fires, floods, storms. All of these have tremendous social, economic and
political effects as well as geopolitical and global implications and pose direct questions for
Defence at tactical, operational and strategic levels. Allow me to point to some of these:

Are we going to see new conflicts and security risks triggered by climate change?

There is still not much hard data for arguments that climate change is causing new conflicts. It is
plausible to assume, however, that hardening physical conditions will play a part in social
unrest, political discontent and localised tensions, all of which may lead to an increased
likelihood of violence in ungoverned spaces or weaker states. One can already see this
manifested in the tensions between pastoral nomads and resident locals across the middle
belt of Nigeria and the wider SAHEL region. As increasingly harsh conditions minimise
economic opportunities and damage the habitability of an area, and as poorer states fail to
provide the fundamental services to counteract these effects, it is reasonable to assume
that we will see more unrest and mass movements of people, with all of the tensions and
frictions that emerge from that. We will also see more political pressure, and more assertive
postures, taken over fundamental resources like water. These pressures are likely to amplify
the stakes over projects like the Grand Ethiopian Renaissance Damn over the Nile, for
example. Countries holding upstream water resources will seek to translate that increasingly
precious and sought-after resource into competitive advantage. At the opposite extreme,
the opening of possibilities of new northern trade routes and new resource exploration
opportunities will galvanise geopolitical and geo-economic competition further. We already
see signs of that in posturing over the Arctic. In other words, climate change will be a catalyst for, if not an accelerator or exaggerator of, the ongoing local and global tensions
that are already in place.

What kinds of operational demands would climate change bring?

We have already seen how British forces have been mobilised in supporting responses to floods at home or the devastating impacts of hurricanes abroad. It is fair to assume that, with climate change,
such operations both at home and abroad will only increase in frequency and scope. It is
highly likely that there will also be operational demands in responding to sudden unrest or
mass movements of people. Climate change will affect a wide range of geographies,
whether through increased temperatures in desert conditions, or storms and rising sea
levels on shorelines. New or exacerbated humanitarian crises are essential scenarios for
defence or foreign aid planners to consider, especially in those localities most affected by
both. New pandemics, originating as a result of some or all of these factors should also be
considered. With those considerations come some inevitable questions of the likelihood of
familiar peace and stabilisation missions, and of less familiar missions to counter secondary
effects: perhaps to prevent unsustainable and destabilising economic circumstances, and
their associated criminal activities, from developing in a way that begins to impinge upon
national interests. For example, the UK already gives considerable support to anti-poaching
efforts in Africa to protect vulnerable species. The Integrated Review suggests a renewed
interest in contributing globally to an increasingly broad range of contexts. Protection of
water or other crucial supplies and supply chains around the world are not unthinkable
missions lying ahead of us. We cannot overlook how all of these conditions, both in isolation
and in combination, will play a part in maintaining and creating new terrorism threats, and
with those threats will likely come demands to deploy abroad to respond to terror networks
and to work at home to continue to support police forces and the Civil Powers.

What would be the operational impacts of extreme weather conditions?

There are a host of very tactical questions to ponder. How can our soldiers operate under increasingly high
levels of heat? Will we need to re-consider a huge range of ‘givens’ or ‘norms’, from their
uniforms to shoes and socks, to their accommodation, and to their hydration and the
medical risks posed to them in such conditions? How would our tanks or other armoured
vehicles, or our helicopters, or jets, or ships, cope with temperatures above certain levels or
with prolonged stormy (wet and sand) conditions? What might this mean for given
expectations of air support – both in terms of when aircraft or helicopters can fly, and of
how overheating on the ground might affect airframes and availability, for example? Will all
sorts of things, from runways to engines and airframes need to be adapted to respond to
higher temperatures and stronger winds? What are the implications for naval vessels of
increased salinity or increasingly rough seas? How would navigation systems that are known
to be vulnerable to weather conditions be impaired further? How would our full range of
weapon systems be touched, or the storage and carriage of explosives and ammunition be
affected by such conditions? What about the millions of old and weather-worn mines, or
the arms and explosives stocks scattered across the world in substandard warehouses or
locations that our personnel might be asked to deploy to and operate in or near? How
would the nitty-gritty of deployments be affected: tour lengths, R&amp;R, operating hours,
acclimatisation and training programmes, and so on? Which Defence facilities and estates,
at home and abroad, might be vulnerable to changing weather patterns and increased sea
levels and the risk of floods? What will such patterns mean for future military bases, their locations, their use and the way they are constructed and maintained? These, and many
other, questions highlight what an operational and logistic challenge climate change is likely
to pose.

What would be the impact of climate change on R&D and procurement?

As hinted in the cluster of questions above, Defence will have to place a whole new research and
development emphasis on materials, technologies, equipment and assets that can protect
our personnel and enable them to operate under extreme weather conditions. Alternative
energy sources and their use in future platforms are already being explored, but this will
require more focus if it is to ensure a competitive and operational edge, generated by more
sustainable and effective platforms that do not just perform well in such conditions, but
exploit them for advantage. This transformation of emphasis and attitudes will need to have
started already if we are to see such platforms in use in a decade when some of the
excesses of climate change will already begin to become more demanding. And this mindset
will need to move beyond an adaptation of current norms. This really is not about Defence
settling for lesser options or accepting reduced performance, or about non-serious concerns
over solar-powered armoured vehicles that may run out of juice half-way through the day
like a cheap smart phone, or about ‘gradual adaptation’. There are some genuinely exciting
developments – like hybrid vehicles, that can perform better, demand less of a supply chain
to run, and be much more cost-effective – across all sorts of industries whose extraordinary
innovation Defence will need to work alongside in a genuinely exploitative and symbiotic
relationship if it is to maintain a developmental edge.

How can we incorporate climate change into defence policy and practice?

Without a doubt, the UK’s role as the chair of the COP26 UN Climate Change conference and the current
government’s policy focus on a ‘green industrial revolution’ to ensure the UK eradicates its
harmful contributions to climate change by 2050 have already demonstrated a deepening
political will to operationalise the climate change challenge in our policy responses. The
aforementioned MoD document and the creation of a Climate Change and Sustainability
Director tie in well with the new emphasis in government policy. But the challenges remain:
how do we deepen and internalise this conversation across all British forces at all levels?
How do we ensure that the full weight of climate change assessments is taken into account?
How do we change the attitudes of those who still see this simply as a fashionable drive to
demonstrate a reduction by Defence in its contributions to greenhouse emissions? How do
we ensure that, across Defence, military personnel and civil servants alike are analysing the
impacts of climate change on the current and future operating environment and on the
demands of procurement (both in terms of platforms and equipment and in terms of
attitudes of mind and procedures)? How do we ensure that all of the argument above is
debated, taught, absorbed and incorporated at all levels of doctrinal, operational and
logistic analysis, planning, exercising, training and deployments? And what must policy do to
drive these changes beyond statements of intent?

How we answer these questions now, or how we start approaching potential answers, will
have tremendous impact in the decades ahead. How we really deal with this now, beyond
making statements of intent, will either prepare the UK for the reasonable expectations of
the future and give ‘Global Britain’ a genuinely competitive edge, or, due to the demands of the here and now, risk kicking the can down the road long enough to leave the next generation out in the hot. 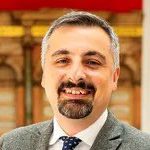 Dr Ziya Meral is a Senior Resident Fellow at the Army’s CHACR and co-lead of Climate
Change and (In)Security Project (www.cciproject.uk), a collaboration of CHACR and
University of Oxford. He is also a Senior Associate Fellow at the Royal United Services
Institute.

Christmas #PME: Looking for something to read?