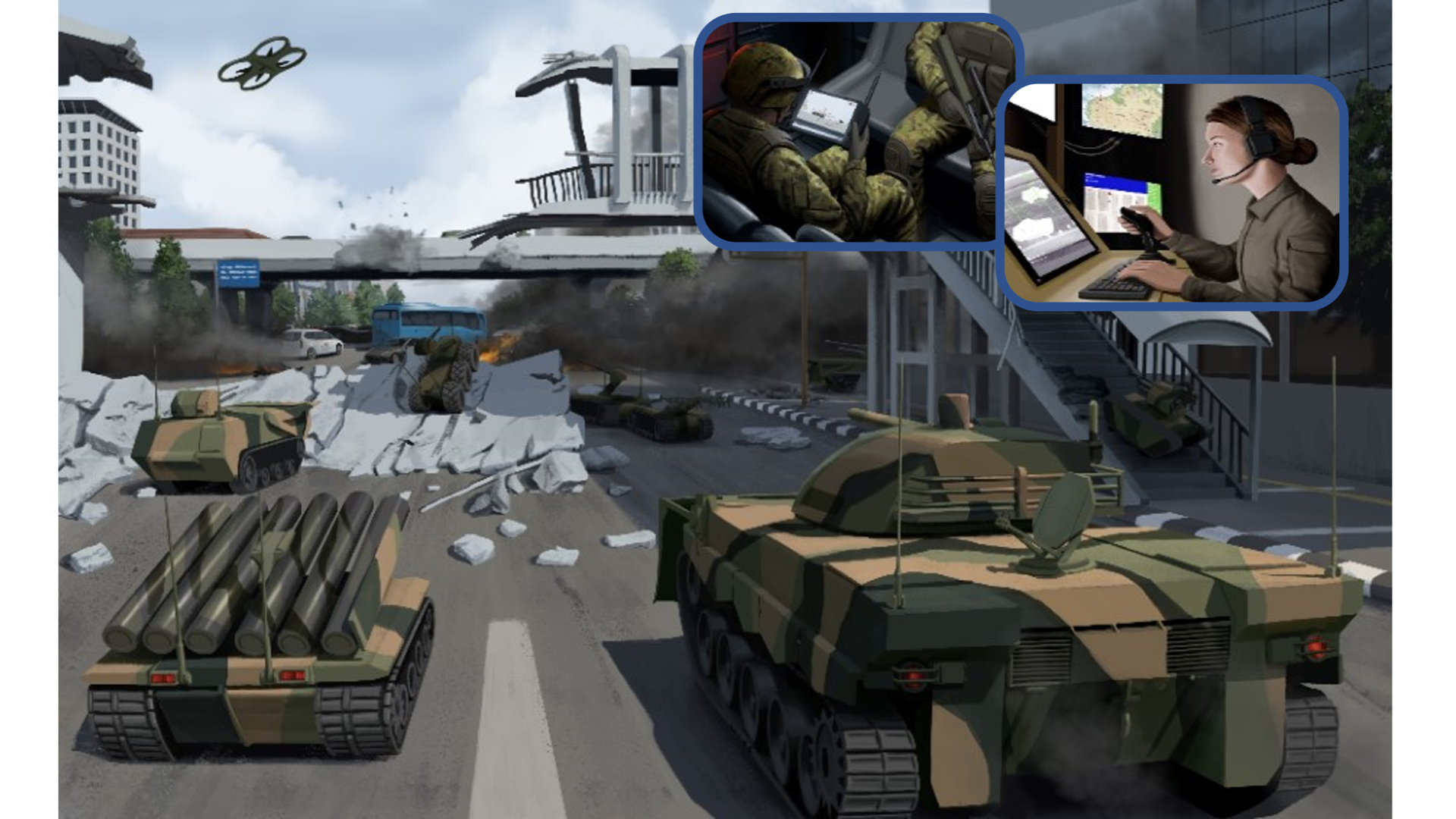 On an island in the estuary, an Australian sentry shifts slightly to avoid the mangrove roots as his prone body slowly settles in the cloying mud, the odour of insect repellent sweeter than the putrid reek of vegetable decay. Occasionally, above the erratic lap of wake waves and insect cacophony from the swamp around him, he hears shouted night-time exchanges. From the village further up the river he hears a moped’s engine ignite. An ancient warrior duty: listen and let your dark-adapted eyes rove. He watches, a human final insurance against the failure of the array of electronic eyes, all staring out across the water, their focus an abandoned reclamation site, its artificial beach and the track leading off it away into the jungle.

The patrol commander had earlier set up the array of cameras. For boat troop members, this had become routine for riverine operations. Step one: push the compact tripods deep into the muck, step two: zip tie them to drooping branches, step three: cut away any foliage in front of camera lenses. For good measure, he had painted a few dabs of stinking estuarine goo to finish off the camouflage. Before finally peeling the protective sticky tape from around the lens covers, he had rinsed the thick mud off his hands in the bracken water of a nearby pool. Laying cables back to the hide through the tangled maze of mangrove had taken far longer. It was now three hours since the team of four soldiers had swum in on the rising tide, then pulled themselves on mangrove roots through the fluid mud until they could crawl from the water. As they dragged their sausage-like rubber wrapped loads into the stems and branches in the darkness they looked like primeval lizards crawling ashore.

In the hide it is unpleasant: the thermal camouflage fabric stretched tight over a frame of fibreglass poles traps the heat of three bodies: the rest of the team. A viewer, or more likely a drone, directly above might just perceive the apparent shape of an upturned discarded fishing boat. The sweating figures inside are preoccupied with the graphic displays projected on their head mounted goggles. They talk so softly to each other that their sentry 20m away hears nothing. One is concentrating on the images of the beach, another on two cameras, one looking at the village upriver and the other scanning seawards. The patrol commander watches the oblique thermal feeds from a drone circling high offshore, noticing the movement of the occasional vehicle: very much routine. All being well, they will spend the rest of the night simply observing. Others, sitting in air-conditioned comfort thousands of miles away will bring the robotic force ashore, and they will fight the battle. The human patrol of four, concealed in the mangrove, and both tormented and protected by that environment and its insects, nevertheless has a vital role. Like ancient gods given the power of life and death, they have one simple but indispensable duty: the assurance of local control so that lethal systems can still be used should long-range remote-control fail.

Chapter one is here.