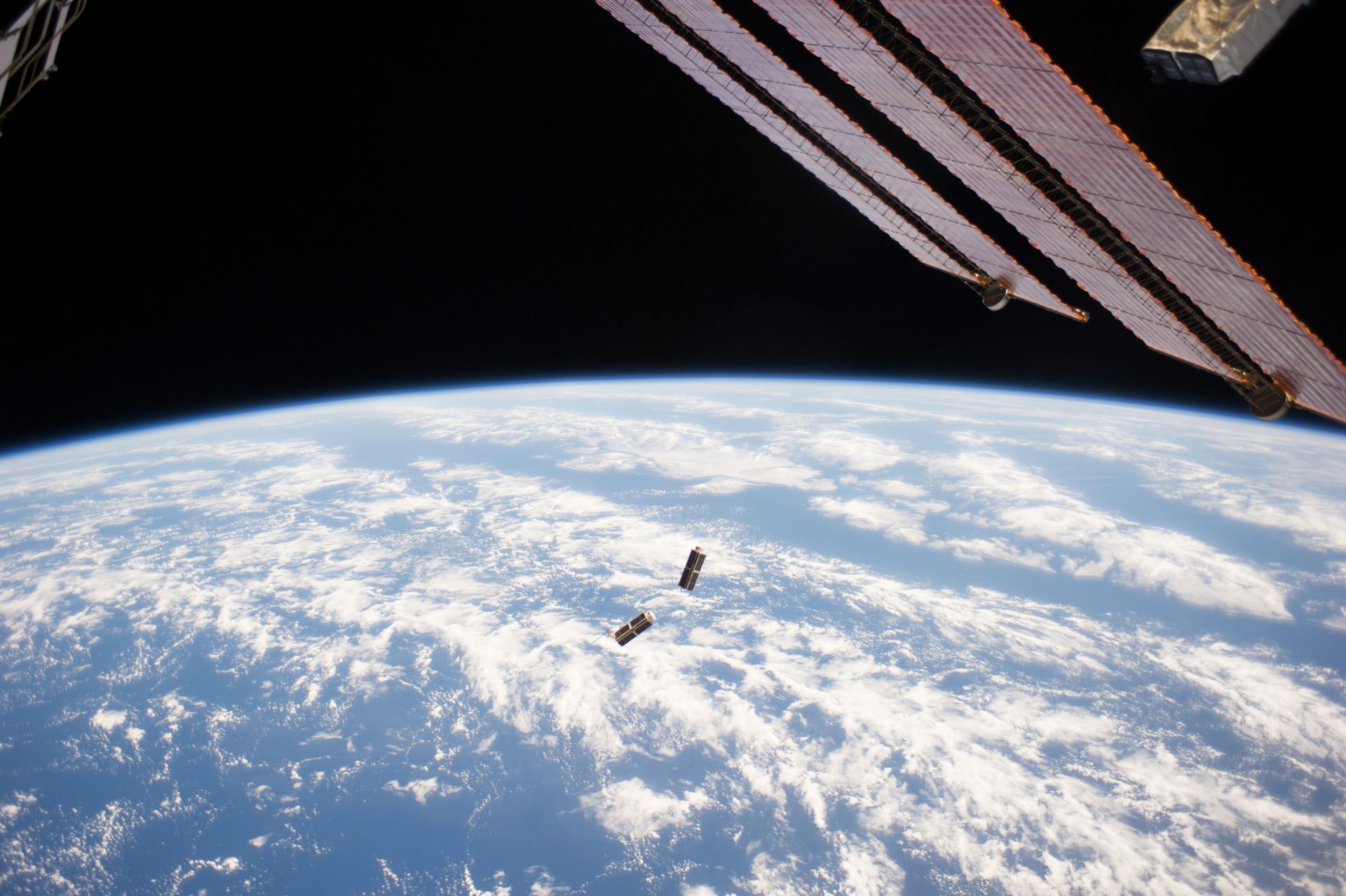 The British Armed Forces cannot survive a conventional war with a near-peer opponent.  In almost all scenarios, the intensity of modern war would deliver tens of thousands of casualties in a very short period.  No matter victory or defeat, the financial and personnel costs are unlikely to be beyond the national will.  This is the elephant in the room; Britain has built high end and capable forces, but there are few feasible objectives for which they would be risked.  As one recent analysis put it, if Britain is defeated she “ cannot re-cock and start again”.  Britain needs a new concept for the deployment of force which can actually be used.

This article argues that the UK should invest in modern satellite technology and increase the range of strike assets available.  This would provide Her Majesty’s Government with genuine, and low risk, options suitable for future conflict.  Specifically, this article argues for a CubeSat style system.  If appropriately integrated with an expanded range of strike assets, it would dramatically increase the combat power available to the UK at minimal cost.  This would be a strategic doctrine of firepower over manoeuvre.

The UK boasts an impressive warfighting force in Joint Force 2025.  However, with no conventional threat to the UK mainland, the force is only likely to be deployed overseas. A major military deployment is a strategic risk for Britain.  With almost every scenario predicting future conflicts causing significant casualties, the cost of using Britain’s war fighting forces is likely to be too great.  Moreover, the Force would likely take months to deploy in full and could be degraded to uselessness within hours.  In short, the Armed Forces are too brittle to be usable.

It is clear, therefore, that Britain’s current model for the deployment of force does not meet the UK’s political intent of high-end warfighting.  A new model is required; British defence planners must begin to create strategic options that can actually be used.

Whilst it is not the only possible solution to this problem, one answer can be found in embracing new space technology and grouping it with increased strike assets.  This would comprise a new doctrine of strategic find and strike at the expense of fixing and exploiting through manoeuvre.

CubeSats are small satellites, about the size of a shoebox.  Individually, they are not particularly useful and serve only as cheap technology demonstrators.  However, they reach their full potential in constellations hundreds strong.  The largest current example belongs to the private company Planet Labs, which operates a network of 180 such satellites.  With this network, Planet Labs image the entire surface of the Earth every 24 hours.  This has allowed them to photograph refugee settlements, Black Friday shopping sprees, and most importantly, Chinese warships at sea.

Each CubeSat costs between $30,000 and $50,000 to manufacture and weighs 5.8kg.  Using the price per pound of a SpaceX Falcon Heavy rocket, putting one into orbit would cost under $13,000.  A constellation like Planet Labs would cost less than $10 million and could be lofted in orbit by a single Falcon Heavy with 63 tons of room to spare.  A constellation of 11,520 satellites would cost $640 million and could potentially be launched in a single Falcon Heavy.  Such a constellation could image the entire planet every 20 minutes.  This would allow real-time target acquisition in a near-peer conflict, while assisting a range of peace-time policing and humanitarian missions.

Such a capability has two key challenges; getting the data back to Earth, and using it once there.  Each global image is about 6 terabytes.  Existing state of the art technology at the European Space Agency can transmit 7.2 gigabytes/second, or 12 minutes per global image download.  If an image is taken every 20 minutes, then a 12-minute download time is clearly prohibitive.  Looking forward, within the time scale of this proposal, free space laser arrays will allow the transmission of 100 gigabytes/second from orbit to surface.  That would mean just one minute to download the image.

Getting the data back to the surface is no guarantee that it can be used effectively. 6 terabytes is equivalent to about 125 days of full colour film.  Assuming imaging every 20 minutes, that works out to 24 years of film collected each day.  Analysing that would be impossible.  For a human.

Computers, on the other hand, can.  The US start-up Orbital Insight has partnered with Planet Labs to use AI image analysis to understand the reams of collected data.  For example, they are able to monitor striking workers in a Chilean gold mine or count ships inport.

In the public sector, the US Department of Defence runs Project Maven, with similar, if more defence focused objectives.  It is harder to price AI analysis than satellites, but the $200 million cost of the Summit supercomputer might be indicative.  This suggests that using global imaging data is very possible, especially within Britain’s current defence budget.

Such intelligence collection capacity should be exploited by investment in strike assets.  The UK already has these capabilities, at least in part.  In particular, the F35 is highly capable of mounting strike missions in contested airspace.  Current and next-generation ground-based fires would also contribute.

However, CubeSats collect information on the entire planet.  To fully exploit this, the UK should consider acquiring a conventional global strike capability with a range of tactical and strategic options.  For example, Britain would need global weapons capable of targeting deployed units (with lots of small munitions, or perhaps drone fleets); and to strike strategic targets such as C2 nodes (with more powerful weapons).  This would allow the prosecution of enemy units and vital dual-use infrastructure deep in what would otherwise be considered safe territory.

The technology for this at a global scale does not exist; yet.  However, hypersonic missiles point to a future where this range of options is possible.  Guided in by CubeSats, they would allow the UK to find and strike hostile targets in near real time across continental distances.   This reduces the need for the UK to risk deploying ground forces and increases the speed at which the UK can respond.

This does not fulfil all the same functions as the deployment of force.  Under this model, the British Army should reorganise itself to focus on defence engagement and ground holding activity.  This would require a conscious move away from the heavy forces currently required for war fighting. As a concept, this is not a new idea. Other papers are already suggesting that the UK abandon heavy forces to focus on greater tactical strike options enabled by more mobile Infantry.

The Royal Navy and Royal Air Force would need to reconfigure their capabilities to develop more strike options. More novel equipment would also be needed; Developing air-portable ISO containers of munitions, both as forward stocks and as launching modules, would provide a short notice deployment option to enable strike options.

The RAF have already made some moves in this direction, but to work, this must be a whole force approach. As a concept, the technology needed isn’t ready today.  Yet, it promises to minimise casualties, increase combat power and provide a kinetic option that future politicians could actually use.

The elephant in the room is that UK’s combat forces are too risky to deploy.  This limits the options available to UK policy makers.  This article has argued for a strategic doctrine of find and strike at the expense of manoeuvre.  CubeSat technology would allow the UK to build an unprecedented intelligence capability.  A renewed focus on strike options would allow the UK to exploit this option without accept the risks associated with deploying forces.

Whilst this proposal cannot be realised today, defence planners must think in the long-term.   By 2035, this concept would allow the UK to compete in high end combat operations. 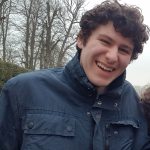 A New Model Army for a Miserable Century