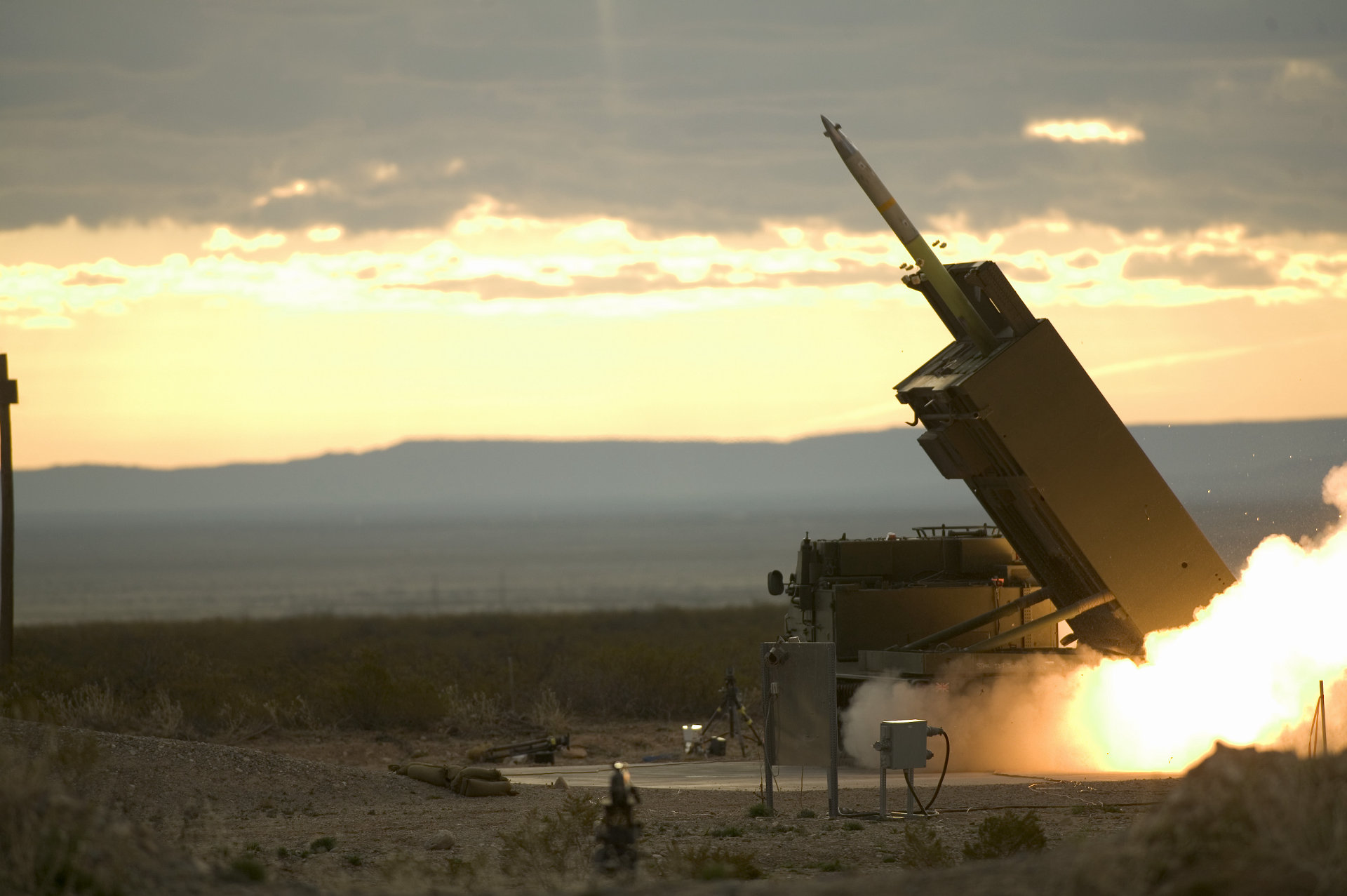 I believe a rocket division should be at the core of British warfighting doctrine.

It is widely agreed that a division is the lowest formation capable of operational art and therefore able to conduct conventional warfare in the 21st Century.  A division should protect the rear, resource the close, and fight the deep.  The current British warfighting division is formed around a core of armoured brigade combat teams (BCT), with main battle tanks and infantry.  In this context, fires enable the manoeuvre of the combat arms which provide the decisive strike to defeat an enemy.  This is an out-dated, industrial age concept, no longer fit for modern high intensity operations.  The days of the armoured division are over and manoeuvre should now enable fires.

ADP Land Operations describes the ‘deep battle’ as being ‘conducted at long range and often over a protracted timescale, against an adversary’s forces or resources not currently engaged in the close battle’.1  The divisional deep cannot be clearly delineated on the battlefield because it depends on a number of factors.  It is a flexible and ever-changing area but generally begins 5km from the forward line of own troops or the limit of reconnaissance for the close battle.  It extends to the fire support coordination line at 84km, marking the range of the M270 Guided Multiple Launch Rocket System (GMLRS).

Operations in the deep focus on striking targets identified following analysis of the enemy centre of gravity.  These targets are often key military objectives such as command and control nodes and striking them aims to defeat an opponent before the close battle begins.

Before we discuss who currently fights the divisional deep, we must first understand some of the key constraints and assumptions in our thinking.  Close Air Support (CAS), delivered by fast air and orchestrated by joint terminal air controllers, was a force multiplier during operations in Afghanistan.  However, in a conventional context it will be difficult to use because air defence systems will drastically reduce its survivability.  Another constraint is the high probability that GPS systems will be denied. this will limiting effective targeting by aircraft.  These factors challenge how our current division, and it’s armour and attack helicopters, wants to fight the deep battle.  We need a different model of warfare.

Against this operating context the most credible answer is rocket artillery.  The British Army committed to growing its GMLRS force from 30 to 44 in the Integrated Review.  GMLRS is the only inservice system capable of operating in a GPS denied environment where air power is not available.  It has both the range and punch to fight the deep.  Experience since 2003 sees small packets of launchers employed as close support.  This is an inefficient use of rocket artillery.  It has lead to a generation of divisional planners with limited knowledge of massed fires in the deep.  Before investing in new artillery, the Army must first define how to fight with it.

The next question is about targeting.  What exists 80+ km down range to use the GMLRS?  Remote piloted aircraft systems, and other ISTAR assets, are likely to be denied and are unreliable in modern warfare.  Therefore the division is unable to conduct the find in the deep.  Other sensors, such as electromagnetic warfare and weapon locating radars, are available but unreliable.

During the Cold War ‘stay behind’ Observation Post (OP) soldiers were used to conduct deep targeting.  They still exist in the Army today and are the only organic asset the British Army has 80+ km past the forward line of own troops. Despite technological advancements, in 2020 Major General Anthony Stone stated that ‘the most reliable, flexible and effective form of artillery target indication was then, and still is, provided by the specially trained OP soldier.  Their eyes, ears, experience and instant decision-making ability being second to none in the process of high-quality surveillance and target acquisition’.  The deduction is that finding high value and high pay-off targets falls to Special Observers due to their reliability, low signature, and skills in surveillance.  In a degraded environment, technical means won’t provide the solutions, or the certainty, modern warfare demands.

The GMLRS was designed in the late 1970’s to combat the Soviet Union BM21 and it remains relatively unchanged today.  The British Army is moving forward with the recapitalisation of the GMLRS fleet and have bought in a modern family of munitions offering different opportunities.  This includes the alternate warhead and the M31A1F1 GMLRS-U ER (extended range) rockets.  This allows rockets to strike out to 120km, matching the Russian 9A53-S Tornado.

GMRLS is not, however, the only asset available.  The M142 High Mobility Artillery Rocket System (HIMARS), favoured by the Americans, is part of the MLRS family.  The HIMARS is a light, wheeled version of the M270 GMLRS, utilising the same rocket pod.  It is an option the British Army could purchase and utilise as part of a rocket division.

The family of munitions for the MLRS family is growing and developing.  The Army Tactical Missile System (ATACM) will allow the GMLRS to fire out to 300km and is already available to American HIMARS units.  The Precision Strike Missile (PRSM) pushes the range even further allowing the ‘very deep’ battle to be struck and influenced with a range of 499km.  This is just short of the 500km limit set by the INF treaty (although with the USA set to withdraw from this, rockets could go further).

The Alternative Warhead round, compatible with British GMLRS, would enable a rocket division to both fight the deep and support the close battle.  It has a range exceeding 70km with a 200lb class fragmentation warhead which delivers 160,000 tungsten fragments.2  With an effective area of 400x400m, this warhead is ideally utilised against enemy infantry in the close battle, but can still damage armoured sighting systems, tracks, and weaponry.

Along with the GMLRS, the current depth fires regiment has an Exactor (E2) battery.  Capable of striking enemy armour with HEAT rounds with a range of over 30km, E2 fills any gap left by vacating armoured units in the context of a rocket division.  This combination offers a range of close support and deep strike assets.

Another potential non-lethal rocket has been tested by Russia.  The Direct-Ascent Anti-Satellite (DA-ASAT) missile successfully struck and destroyed a Russian satellite in November 2021.  Having the ability to destroy enemy satellite systems will effect communication systems, weather forecasting, and the use of GPS.4  These in turn will degrade the ability for an enemy to conduct cyber warfare, talk and target, across the deep battlespace potentially stopping any conflict before it begins.

The concept of a rocket division

A rocket division is not a new concept.  The Russian Army has Strategic Rocket Forces containing three rocket armys, each holding between four and six rocket divisions.  A concept Russia has been developing since before the Cold War, Russia frequently exercises to telegraph diplomatic intentions and to threaten other nations.  Russia has utilised its rocket divisions in Syria and Crimea massing fires and destroying its enemies’ territories by the grid square.5

To achieve a credible rocket division requires a fundamental change to the Army’s task organisation.  In this case the two armoured BCT’s would need to reorganise around the core of one or two rocket regiments, with an additional E2 battery to enable the close battle.  This would give each BCT two GMLRS units and the division six.  Armour would remain, but in a supporting role to protect the rockets and clear remaining positions.  This shifts the emphasis of doctrine from manoeuvre to fires.  It doesn’t stop commanders fascinating over the close battle. But it does give options to actually fight the deep.

Special Observers and deploying the division

Special Observers and STA patrols are experts in static covert surveillance and the delivery of joint fires in both rural and urban environments. Whilst capable of more traditional subsurface observation, they are equally capable of sub-threshold operations, utilising civilianised vehicles and urban OPs. This makes Special Observers the ideal sensor and fire controllers for a rocket division.

Whilst an array of sensors must be considered and layered, the reliability of the Special Observers must see them heavily involved in any future rocket division.  Originating from stay behind OP’s, their role is vastly changed today.  Special Observers could deploy forward in geographic areas of interest building up the pattern of life, developing understanding so that if the conflict comes, we are already in a position to react. Special Observers should deploy early during rising tensions in small teams appropriate for each theatre. They should operate sub-threshold and solely use civilliansed platforms to maintain a more discreet posture.

Special Observers can operate effectively in the physical domain but should now look to expand into the space and cyber domains.  Whilst expanding their expertise, Special Observers should look to  reduce their signature.  Targeting using satellite imagery does present problems, questions are raised regarding accuracy and post strike assessment.  When fighting the deep battle, it is likely that targets will be static and of such importance that older imagery which risks collateral damage may be used.  Special Observers should also look at social media as a method of targeting and influence.  This was proven as a concept by Russia who weaponised social media in the Crimea and the Donbass.  Social media can be used to build up a pattern of life within an area, in locating specific high value individuals or as a discrete method of communicating.  As part of the whole force approach, defence puts people at the heart of decision making and selects the right mix of people and skill sets for each task.  Special Observers should look to work alongside specialist agencies such as GCHQ and the Special Intelligence Service, capable of greatly assisting operations in the cyber domain.

The British Army has a fascination with ground manoeuvre.  A rocket division offers an opportunity to think about how we fight differently.  Of course, if we are to fight a peer-on-peer conflict, we are likely to be doing so as part of NATO but these shouldn’t be excuses for remaining stagnant and neglecting our ability to fight the divisional deep.  A rocket division is a credible contribution.

The British Army’s current trajectory increases the number of rocket assets and grows a Special Observer capability.  This will improve our ability to fight the deep battle.  However, this is not a ‘silver-bullet’ and is a short-term plan.  The longer-term solution is the creation of a division with rocket launchers at its core.  The handing over of the baton from armour to rocket launchers is crucial for future success and key activity in the British Army’s fight to remain relevant. 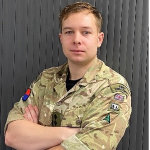 Captain Simon Middleton is a Fire Support Team (FST) Commander and Troop Commander at 5th Regiment Royal Artillery – The Army’s Surveillance, Target and Acquisition Regiment. Commissioned in December 2017, he initially posted to 1st Regiment Royal Horse Artillery before his Battery re-subordinated to 26th Regiment Royal Artillery. There he served two tours as a Troop Commander with operational roles of both Battery Reconnaissance Officer and Command Post Officer. He deployed on exercises in the USA, France, Norway, Austria and Germany prior to his FST Commanders course and unit move.