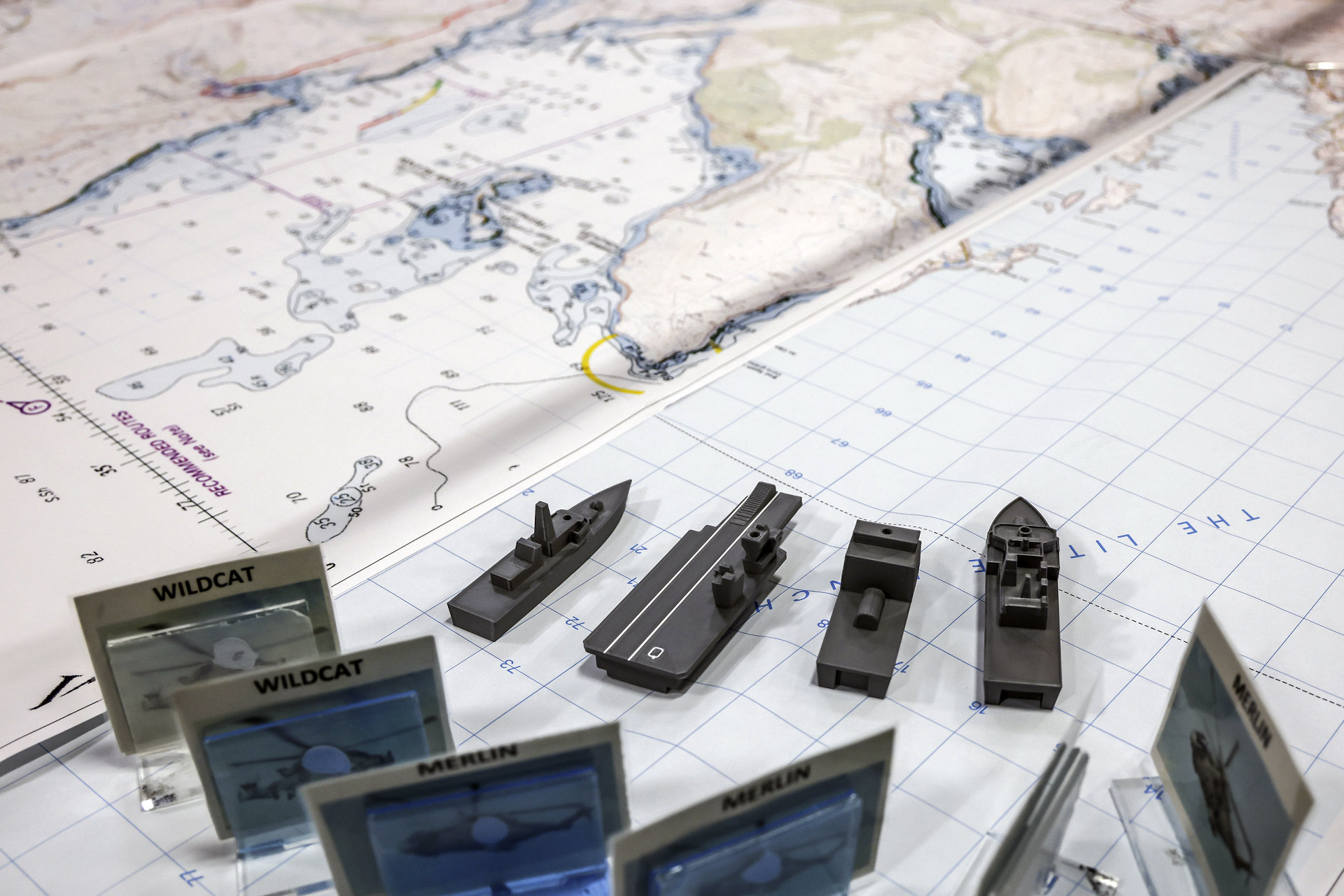 Planning is often harder than it needs to be. It is seen as a search for the truth, some obscure absolute, rather than what it is: the search for workable, deliverable solutions to complex problems. Although my time as a planner has been exclusively at the operational and strategic level, my most recent appointments at ICSC(L) and at the NATO NFS HQ have been firmly in the tactical arena. These appointments have highlighted several themes which underpin planning as an activity. These themes, truths even, hold good at whatever level you are planning and provide a useful handrail to guide the planner towards that workable, deliverable solution. My aim with this article is to explain these themes using 5 quotes.

‘I tell this story to illustrate the truth of the statement I heard long ago in the Army: Plans are worthless, but planning is everything’ Dwight D Eisenhower, US President, (1890 – 1969)

In 1957, President Eisenhower reflected on his experiences to a group of industrialists. His statement echoed Von Motlke the Elder- Chief of the Prussian Staff, ‘‘…and so we see that no plan of operations extends with any certainty beyond the first contact with the main hostile force’,  and more recently Mike Tyson, ‘everyone has a plan until they get punched in the face.’ The theme is the same in each, no matter how good your plan is, the work you do to develop it is as important, if not more so.

From the start of the planning process the Staff begin to accumulate masses of vital detail which shape the Commander’s Courses of Action (COAs) and ultimately their decision. As the planned activity develops, identified risks become reality and that prior planning will allow for timely reassessment and reaction.  Much of this is captured in the Decision Support Matrix (DSM) and in the Contingency Plans (CONPLANs) developed in reaction to the identified risks and opportunities. But without that detailed planning – some of which can be felt as nugatory, or excessive at the time – the Staff will not be positioned to take opportunity when it appears. Luck centres at the point where preparation meets opportunity. In grasping opportunities, planning is everything.

There is a WW2 memo from Churchill which repeats Confucius’ quote. Churchill’s point was the same – precision in language will lead to precision in execution.

Erwin Rommel once said, ‘The British write some of the best doctrine in the world; it is fortunate their officers do not read it.’ He has a point- doctrine remains anathema to many British officers. In NATO appointments the difference is stark, as doctrine is used to guide planning much like one might use a dictionary. As a UK Officer, my first period in HQ ARRC was an eye-opener. ‘You mean they (the other nations) have actually read this stuff?’ was a common refrain amongst the UK Community.

As a planner, precision in ACTION and EFFECT is important. Do you mean DESTROY or DEFEAT? Do you mean SEIZE or ISOLATE? Do you mean DECEIVE or FEINT? What is the difference between VITAL GROUND and KEY TERRAIN?  If you are reading this and you know the answers well done. If not then you should know where to find the answers (APP-006 in case you wondered).

As a planner, understanding language allows you to frame the Commander’s Intent such that it achieves exactly what they want it to achieve. In National HQs this is important, in multinational HQs it is Vital Ground.

Risk and opportunity are two sides of the same coin. We are all used to the idea of risk management as a day-to-day tool in barracks and on operations to deal with the minutiae of getting across the Line of Departure. For the planner, risk analysis is poorly understood and often devolves into yet another slide that demonstrates to the commander that ‘I have thought deeply about this problem’.

As Thomas Edison said, ‘Opportunity is missed by most people because it is dressed in overalls and looks like work.’ He has a point, it is hard work to look deeply into your plan and understand where something might go wrong, or where an opportunity might appear. Risk and opportunity are where we find our DSM and against which we draw up our CONPLANs.  Risks are weaknesses in our own plan to be defended against, and opportunities are the weaknesses in the enemy’s plan to be exploited.

The planning methodology is sound; identification, assessment, response and monitoring all of which fall neatly into our planning framework. But the assessment of risk in planning is not only about reducing our risk to zero (or as low as reasonably possible – ALARP), but also about finding the fissures in the enemy where we can apply pressure, ‘The point at which the Commander seeks to bring about a decision’, the Main Effort.

‘Without leaps of imagination, or dreaming, we lose the excitement of what is possible.  Dreaming is, after all, a form of planning’ Gloria Steinem, Feminist, Activist, b.1934

Gloria Steinem had an ‘uphill paper round’, she was a feminist at a time before feminism existed. Her cause, as important as it is, is not the point.  It is how she set about framing an idea that didn’t exist and how she moved the prevailing attitudes, becoming the most influential women’s advocate of her generation.  She defined and singularly pursued a vision of her own creation.

In my 30+ years in the Army, the ‘Plan’ has never once revealed itself during the ‘Planning’.  Not once. In every case it has required a ‘Kingfisher Moment’ from someone, be that the Commander or a member of the Staff.  Someone who can see the forest for the trees and make the leap of imagination required to find the answers. HQs can be command led or staff led, but often walk the line between the two. The Commander must provide clear vision, and the Staff can provide clarity of opportunity.

Whichever type of HQ you find yourself in, avoid a mechanical approach to your planning.  Use your imagination, balanced by your and others’ experience to find a way through.

‘Have a bias toward action – let’s see something happen’ Indira Gandhi, Prime Minister of India, 1917-1984

Indira Gandhi’s attitude towards action created a legacy of change which lives on in India today. She went on to say ‘You can break a big plan into small steps and take the first step right away.’

Vifredo Pareto coined the eponymous ‘Pareto Principle’ which states that for many outcomes, roughly 80% of consequences come from 20% of causes.  20% of the risks account for 80% of the incidents, 20% of the wealth is held by 80% of the population, you wear 20% of your clothes 80% of the time and if you allow it 20% of your problem will consume 80% of your time.

Voltaire was a French Philosopher (1694-1778) who said, ‘The perfect is the enemy of the good‘.  In essence, achieving absolute perfection may be impossible and so, as increasing effort results in diminishing returns, further activity becomes inefficient. ‘I want your second-best plan today!’ was another Churchill quote, exhorting his Staff to get on with it.

So how do you eat an Elephant? One bite at a time!  Be careful when planning not to raise the plan, or the Operation Order (OPORD) on a pedestal too high to be reached.

There is a great article on the 16 People Who Make Up Every Operational Planning Team written in 2016 for the ‘Task and Purpose’ website.  I encourage you all to read it and think about who you are in that Team (try and be 16 …).  Indira Gandhi also said, ’There are two kinds of people, those who do the work and those who take the credit’, a good planner will always be in the former group and not the latter. 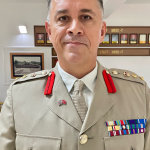 Colonel James Galloway is a serving officer in the British Army and is currently the ACOS Training at HQ NRDC-TUR in Istanbul.    In 2023 NRDC-TUR will be on standby as the NATO Warfighting HQ and as the standby MC-LCC HQ in 2024.  In a 34 year career he has been on the planning staffs at Brigade level, PJHQ, HQ ARRC and in the MOD.  He is a graduate of ACSC and has been an instructor at ICSC(L).  After completing his current tour he will retire.