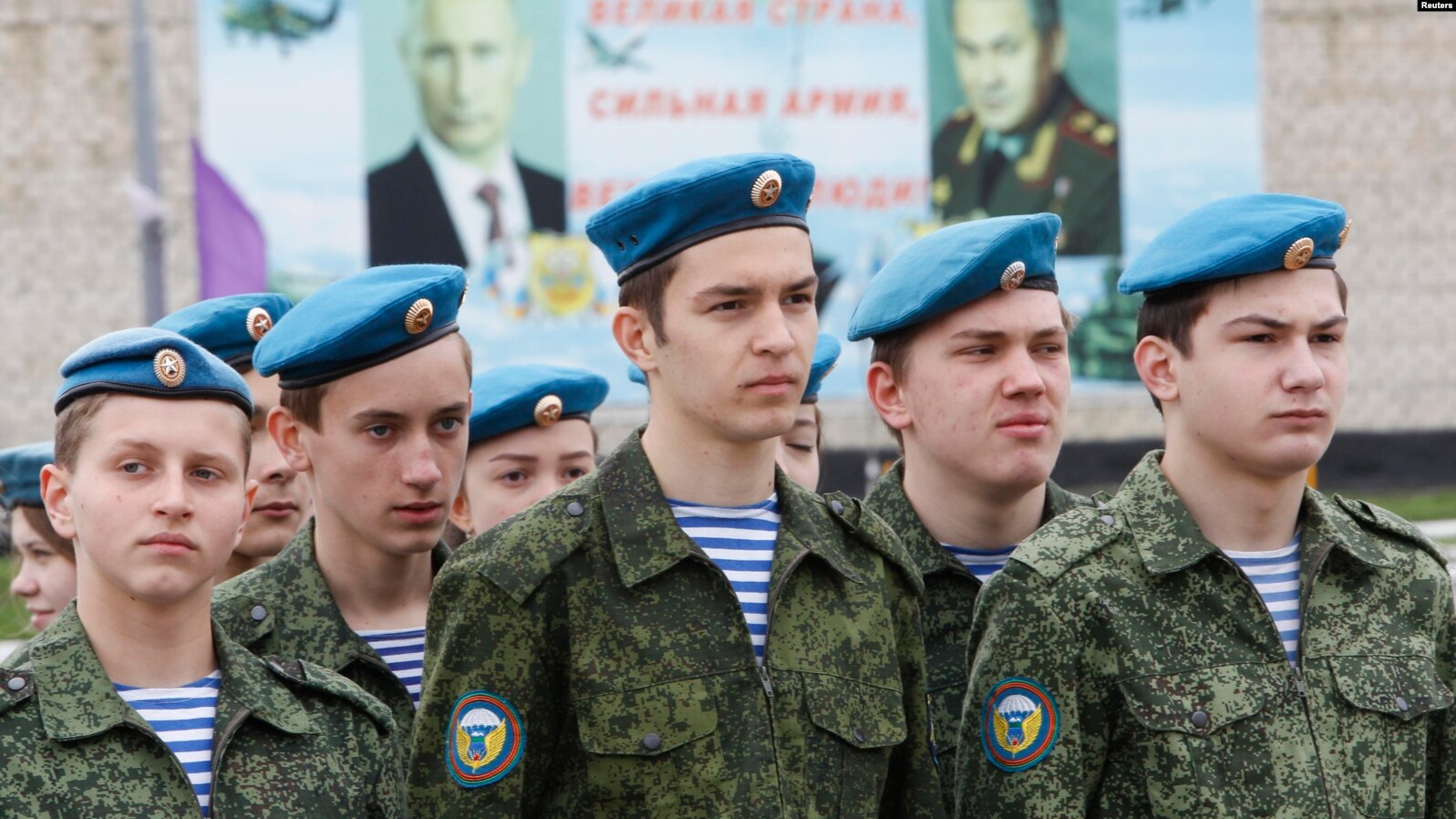 ‘It remains unclear whether Russia will attempt to fill this increased allocation from recruiting more volunteer ‘contract’ soldiers, or from increasing the annual targets for the conscription draft. In any case, under the legislation currently in place, the decree (to increase the size of the armed forces to just over 1 million is unlikely to make substantive progress towards increasing Russia’s combat power in Ukraine.This is because Russia has lost tens of thousands of troops; very few new contract servicemen are being recruited; and conscripts are technically not obliged to serve outside of Russian territory.’

This reflects a persistent misunderstanding in some Western intelligence reporting on Russian domestic law regarding the armed forces. The deployment of Russian conscripts outside the territory of the Russian Federation is not a ‘technical’ matter.  It is a legal matter.  It is not a question of whether they are ‘obliged’ or not. It is illegal to do so under Russian domestic law.

Russia’s invasion of Ukraine was hobbled before the first Russian soldier crossed the border by a law passed during the second Yeltsin administration, precisely to thwart any future Russian president engaging in senseless wars. This factor alone implied Putin’s invasion of Ukraine was foredoomed. The Russian Army is simply not large enough to undertake an invasion of Ukraine. Under the 23 June 1995 Federal Law No 931, conscripts are currently prohibited from serving outside the territory of the Russian Federation under any circumstances. Conscripts cannot even participate in peace-keeping missions. This law was deliberately framed by the Yeltsin government specifically to protect conscripts, a sensitive subject in Russia after the bitter experiences of the Soviet-Afghan War (1979-89) and First Chechen War (1994-1996), both of which deepened popular anti-war sentiment.

The only service personnel legally permitted to deploy outside the territory of the Russian Federation are the professional officer and warrant officer classes, and the so-called kontraktniki (‘contract soldiers’) who sign three year contracts. Despite necessary and unpopular defence reforms undertaken by Defence Minister Anatoly Serdyukov (2007–2012) the Russian armed forces still offer a comfortable berth for an over-bloated and privileged officer class, as well as a smaller warrant officer class. Roughly one in five service personnel is an officer (220,000).The warrant officer class comprises a smaller 50,000 strong cohort. The bi-annual conscript drafts feed around 260,000 soldiers into the system (roughly 130,000 in the spring and autumn drafts).

The number that matters is the number of contract servicemen in the army. This tells us how usable the Russian Army actually is. At a Ministry board meeting in August 2021, Shoigu said of the army: ‘The number of contractors has increased from 144,000 to more than 147,000. This makes it possible to staff all positions of junior commanders and specialists (the terms for NCOs in the Russian Army) with professional personnel.’ However, NCOs (and officers) need to command soldiers. The majority are conscripts; therefore unusable outside Russia. This rule is especially true in motor rifle or tank units, but less so in airborne units that can have as high as 80 percent contract personnel. Drivers (‘driver-mechanics’ as they are referred to in the Russian Army) are typically almost all conscripts. How can you deploy an army if your drivers are legally forbidden to cross the national borders?

The Russian Army cannot operate without its conscripts. The Russian Ministry of Defence knew this when it was planning the ‘special military operation.’  It thought it would get away with flouting domestic law. In an act of self-deception of historic magnitude it imagined the operation as a repetition of the virtually bloodless annexation of Crimea, writ across Ukraine. Kyiv was meant to have been taken in three days and the government put to flight or arrested. The Russian negotiator Mendinsky even turned up in Belarus with a capitulation document The occupation of at least the central, southern and western regions of Ukraine was meant to have been concluded in two weeks (the period over which the closure of 12 airports in southern Russia was announced; with the exception of Sochi they remain closed, a disaster for regional travel and the Russian airline industry).

Had this fantastical scenario played out, the conscripts would have been quietly withdrawn and garrisons manned by Rosgvardia (National Guard), as well as by professionals and the kontraktniki, would have been left in place.  Obviously, this did not happen and the foolishness of what President Putin ordered was manifest within 48 hours of Russian columns blindly trundling into a ‘brotherly’ Ukraine that only existed in the minds of Russian nationalists.

Shortly after the invasion, on 9 March, an incident occurred which confirmed what may have been suspected. The Russian Army was using conscripts covertly in Ukraine. ‘Unfortunately,’ the terse Ministry of Defence announcement read, ‘the presence of conscripts in the units of the Russian armed forces participating in a special military operation on the territory of Ukraine was discovered.’2  One unlucky group was attacked and ‘a number of servicemen, including conscripts, were captured.’  The statement concluded: ‘Currently, comprehensive measures are being taken to prevent the sending of conscripts to combat areas and the release of captured servicemen.’  (In Russian fashion, the mayor of Melitopol was kidnapped and an offer was made: return the conscripts and we will release the mayor).

To protect the Kremlin – law had been broken – spokesman Dmitry Peskov made the hasty announcement, ‘Vladimir Putin was informed about the implementation of his instructions to categorically exclude the involvement of conscripts to perform tasks on the territory of Ukraine, on his behalf, materials were sent to the Chief Military Prosecutor’s Office for a legal assessment of the actions and punishment of officials responsible for non-compliance this instruction.’  Then there was a long silence.

Three months later, Gazeta.ru posted a one sentence announcement: ‘Military Prosecutor of the Western District Artur Yegiyev said that about 600 conscripts were involved in the special military operation in Ukraine, and about 12 officers were held accountable for this violation.’  This was a suspiciously round number and probably untrue.

Within days, the ‘special military operation’ turned into an out-of-control, full-blown war. Russian manpower woes have been a capstone theme of the last seven months of fighting. Lack of sufficient manpower is the root reason for the Russian failure.  Trying to win a war with money-grubbing Wagnerites, middle-aged ‘volunteers’, Chechens, looting Buryats, disgruntled militiamen, national guardsmen, and interior ministry policemen was hopeless. Occupied areas of Ukraine have become corrupt, anarchic dystopias ruled by gangsters and pocket-lining Russians (to offer two recent examples: reporting from Zhaporizhzhia suggests 389 train wagons and 220 trucks of humanitarian aid have ‘disappeared’; in Mariupol the FSB arrested the Russian head of the port for embezzling funds intended to restore the port, which remains closed). In this regard, the UK MOD intelligence summary was perfectly right.  The announced increase in the size of the armed forces was ‘unlikely to make substantive progress towards increasing Russia’s combat power.’

This landscape changed dramatically with the success of the lightning Ukrainian counter-offensive in Kharkiv region launched on 6 September. At the beginning of the third week of the month the peremptory announcement was made that ‘referendums’ would be held in the occupied regions of Luhansk, Donetsk, Kherson, and Zaporizhzhia oblasts on 23-27 September. The implication was obvious. The rigged referendums would return a vote to ‘join Russia’. This falsehood would be ratified by the State Duma and a swathe of Ukraine would ‘become Russia’, recognised by no country and totally against the wishes of the people living in the occupied regions (in 1991, the last free vote, 80%-90% of Ukrainians voted to separate from  Russia, including the residents of Donetsk and Luhansk).

In the meanwhile, Defence Minister Shoigu announced there would be an immediate, partial mobilisation of 300,000 reservists by presidential decree, thus bypassing the conscript law. To ensure enforcement, the previous day the State Duma circumvented normal parliamentary procedures and passed a law threatening draconian penalties for desertion, refusing conscription orders, and insubordination. It also criminalised voluntary surrender and made surrender a crime punishable by ten years in prison. In anticipation of the announcement, the Google search index showed the phrase ‘How to leave Russia’ hit a peak across the country.3

This may have all been viewed as farce but for the 15 minute address the Russian president delivered at 9am on 21 September, on state media.  In it, Putin threatened a nuclear response if the ‘territorial integrity of Russia’ was threatened. From next week, following the fake referendums, southern Ukraine will be ‘Russia’.  He added in a sinister twist, ‘I’m not bluffing.’

It is depressing to say: the world community has never been so close to a calamity.