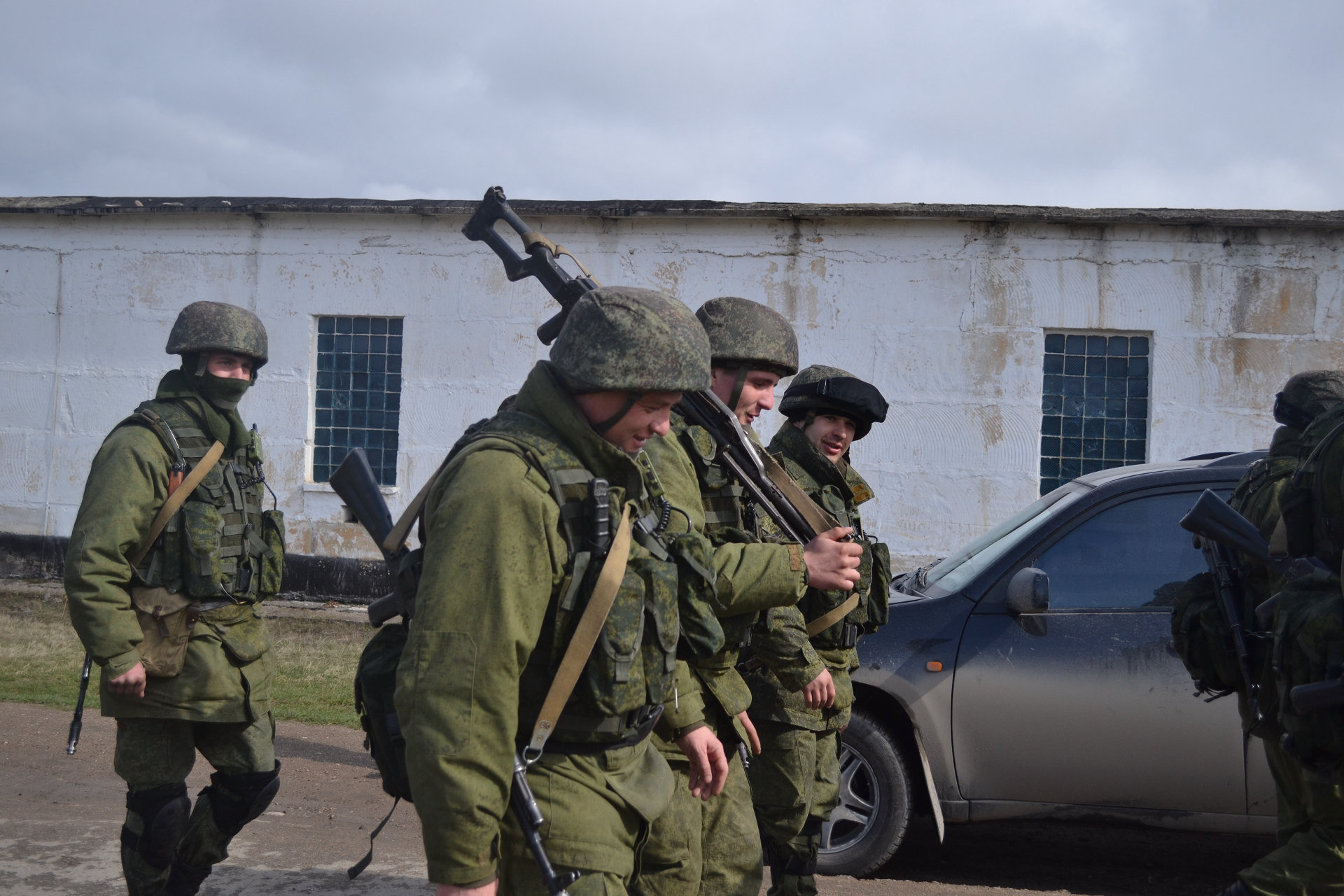 ‘The whole of the Dnipro is filled with corpses,’ a Russian artillery officer confessed to his wife in an intercepted telephone call, ‘All the bridges were blown up…everything was blown up, we’re just in a complete mess here.’ After telling his wife he had ‘already smoked half a packet of cigarettes, the officer went on to describe how his unit was bypassed, the neighbouring ‘165th brigade’ at Biloghirsk 1 had taken casualties, and ‘12 cars [vehicles]…being transported by pontoon,’ were hit and ended up in the bottom of the river.

The general reader may be aware that the Ukrainian Army has targeted bridges in the western Kherson Oblast (province) with US-supplied HIMARS (High Mobility Artillery and Rocket System). Since the end of August, news channels have been reporting the start of a long-announced Ukrainian counter-offensive. This article offers one explanation of the bridge wars that are unfolding in Kherson, and seeks to place the bridge wars in the proper context of military operations in the summer and early autumn of 2022.

Brief background to the occupation of Kherson

Within three days of Russia’s 24 February violation of Ukrainian sovereignty, Russia seized Kherson City. The circumstances were controversial and are not discussed here. Kherson’s capture meant that Russian forces now possessed a bridgehead over the Dnipro River, a major water obstacle. Mykolaiv, located 60 kilometres northwest of Kherson, was Russia’s follow-on objective. Mykolaiv sits astride the South Bug River, another major water obstacle. Ukrainian defenders, however, checked Russia’s advance from Kherson to Mykolaiv at a Blahodatne, a small settlement halfway between Russia’s two objectives. The frontline settled along a line running roughly from Oleksandrivka on the coast, though Blahodatne, and north to another village named Snihurivka.

Russian forces then attempted to outflank the Ukrainian defence line by following the Inhulets River, a tributary of the Dnipro. Russian forces used a secondary bridgehead at Nova Kakhovka, initially captured by the GRU on the first day of the invasion, to continue their northerly advance. Ukrainian forces destroyed several bridges on the Inhulets River, causing the Russian advance to falter near Kryvyi Rih – a distance of 80 kilometres. By the end of March, the Inhulets River thus became the de facto frontline, and it remains to the present day.

The Eastern Military District (VVO) dispatched units from the 35th CAA (to the Kakhovka area) and the 5th CAA. As with the paratrooper units, caution is needed because VVO units were also under-strength and ad hoc. The picture, in fact, is very mixed. Russian milbloggers also reported that artillery units from 7th Guards Air Assault Division and 20th Guards Motor Rifle Division (8th CAA, YuVO) were in Kherson. The 33rd Motorised Rifle Regiment (MRR) 6 was reported fighting in the south of the Russian salient.

Many militia units also supported Russia along the Kherson front. Militia units include the Donetsk People’s Republic’s (DNR) 109th, 113th, 125th, and 127th Regiments. Those regiments augmented Russian forces and operated in Kherson oblast’s northwestern expanse. However, those DNR units possessed low morale, were poor quality, and regiments in name only. The DNR’s 109th Regiment quickly abandoned its positions at Arkhanhelske on the first day of the Ukrainian counter-offensive (29-30 August). Vysokopillya also fell. The DNR’s 127th Regiment, on the other hand, revolted and refused to participate in hostilities. The 127th’s major complaint was that it was left to fight without food or water. Further, shootouts in Kherson City between Chechen fighters and deserting militiamen, or DNRivtsi,  has been documented.

Although only a small number of units are articulated in this section, reporting indicates that 20-30 Battalion Tactical Groups (BTGs) might be located on the Dnipro River’s right bank.  This force is now in danger of being trapped.

A river too far – the three bridges

The problem facing Russian forces in Kherson Oblast is simple – Russian forces, and their proxies, possess dangerously few ground lines of communication. Only one road bridge, one rail bridge, and a dual road-rail bridge connects the Dnipro’s right bank with southern Ukraine’s Zaporazhzhia Oblast. This problem is compounded because there is only one bridge, located at Darivka, which connects Kherson’s two halves over the Inhulets River.

The Antonovskiy Bridge, measuring 1,366 metres long, is Kherson’s major bridge. The bridge connects Kherson to southern Ukraine via the M-17 highway.  The bridge has 31 piers and contains mixed haunched girder and box-girder construction with pre-stressed concrete. The Russian military used this bridge for its advance into Kherson City during the conflict’s outset. This bridge, and its supporting road network, is the only major road route and essential resupply corridor to sustain Russian forces in the Kherson area.

A second road bridge, 60 kilometres to the north-east of Kherson, resides in Nova Kakhovka. This bridge is substantial, continuing 22 spans and coming in at 500 metres in length. The bridge is a dual road and rail capable and services the local area, as well as Nova Kakhovka’s hydro-power plant.

On 19 July, a Ukrainian HIMARS strike against the Antonovskiy bridge surprised Russian forces in the area. The HIMARS strike hit the bridge and a checkpoint on the eastern end (the left bank) in proximity to a bus stop and a café. The following night, Ukrainian forces fiired eight rockets against the bridge. The rockets landed within a 20-metre diameter circle, manifesting in a one metre Circular Error Probability (CEP), which is a remarkable feat, even with today’s precision guided weapons 7. Two days later, the Ukrainian’s attacked the Darivka bridge and the bridge at the Nova Kakhovka hydro-power plant with seven HIMARS rockets. Ukraine’s coordinated HIMARS strike plan resulted in all three road bridges in the Kherson area being effectively neutralised for vehicular traffic.

At Nova Kakhovka, Russian forces established a pontoon ferry Lvove, a small village sitting 16 kilometres west of Kherson. At Kozatske, Russian forces built a second pontoon bridge alongside the damaged Nova Kakhovka hydro-power plant. Eight kilometres north of Kherson, at Beryslav, Russian forces attempted to birth a third ferry column. Despite Russian claims that the bridge at Darivka was usable, engineer troops established a pontoon ferry alongside the damaged bridge. By the beginning of the Ukrainian counter-offensive, therefore, Russian engineer troops operated two pontoon ferries at Kherson, three at Nova Kakhovka, and one over the Inhulets at Darivka.

Ukrainian forces attacked the Kherson region’s bridges and pontoon spans with HIMARS throughout the month of August. Russian repairs encouraged further Ukrainian HIMARS strikes, resulting in Russian reconstruction being temporary. Further, Russian military convoys were caught in some of these strikes. For instance, at the Nova Kakhovka hydro-power plant, Russian forces were killed in these strikes. Reports indicated that Ukrainian gunners used the US-supplied M777 howitzer’s M982 precision Excalibur artillery round, a munition for which Russian air defence has no answer.

On 2 September, Ukrainian forces destroyed the Russian pontoon ferry at Lvove, southwest of Nova Kakhovka. Large smoke plumes were identified at a ferry site in Kozatske, where Ukrainian officials asserted that additional Russian river crossing capabilities were destroyed on 3 September.

On 4 September, open-source satellite imagery confirmed the road bridge at Nova Kakhovka hydro-power plant had collapsed and the rail bridge was tipped on its edge. Additionally, Ukrainian forces attacked the Beryslav ferry, the Antonovskiy rail bridge on 4 September. On 8 September, the UK Ministry of Defence confirmed that the pontoon ferry at Darivka was also eliminated. Thus within the first week of September, Ukraine attacked every fixed bridge and Russian pontoon crossing in the Kherson region. These attacks either seriously damaged or destroyed every one of those bridges or pontoons. Playfully reflecting on the strikes’ effectiveness, Ukraine’s Ministry of Defence’s Strategic Communications Department quipped that someone smokes cigars.

Russian forces in Kherson Oblast now face a dilemma. If they remain on Dnipro’s right bank they risk entrapment and defeat. Conversely, withdrawal to the left bank would represent humiliation with unpredictable domestic consequences in Russia. As the Ukrainian counter-offensive unfolds, and following resounding success on the Kharkiv front,  the answer to the question – did Russian forces advance a river too far? – should become clearer.