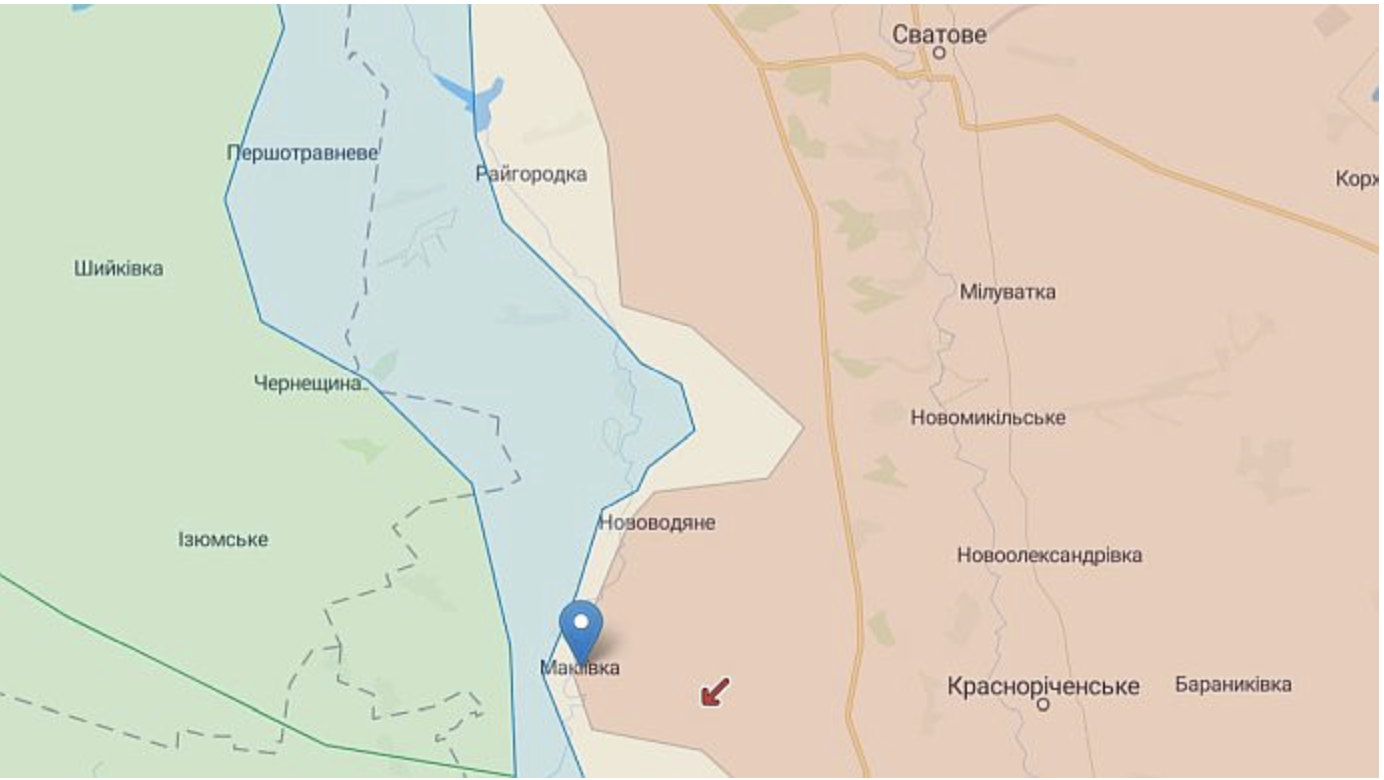 What happened at Makiivka? And what does it mean?

In the second week of November 2022, Ukrainian paratroopers from 80th Air Assault Brigade began a series of actions to secure a crossing point over the Zherebets River at the small settlement of Makiivka, Luhansk Oblast.  The single road bridge is next to the red brick Orthodox Church on the east bank of the village.  Makiivka itself is a typical Luhansk rural settlement comprising scattered dachas with large gardens.  The contested town of Svatove is roughly 25 kilometres to the north-east.  Kreminna is about 30 kilometres south-east of Makiivka. The Russian defence of Luhansk currently hinges on these two towns.

The Ukrainian offensive was opposed by units from 2nd 1 and 150th Motor Rifle Divisions2, reinforced by militia from the LPR3 2nd Corps.  As many as three battalions were committed, according to the Ukrainians. The fighting went well for 80th Air Assault Brigade.  On 13 November it was announced the village had been secured.  However, the action had been preceded by some controversy. Eight days previously, Russian news outlet Verstka reported a battalion of mobilised reservists from Voronezh Oblast was destroyed near the village of Makiivka.’Hundreds of troops’ were reportedly killed.

Verstka spoke with one of the survivors, Aleksey Agafonov.  He told Verstka that the commander of the conscript battalion (‘military unit 2079’) had promised the mobiks they would be deployed to Svatove.  Here they would perform ‘territorial defence’ in a relatively safe location 15 kilometres from the front.  However, on the night of 2 November, the entire battalion was redeployed to the front line and ordered to entrench. According to Agafonov, ‘We were dumped in the forest and ordered to entrench.  We had only three shovels for the battalion and there was no support at all. We entrenched as best we could, and in the morning the [Ukrainian] attack started. [Ukrainian forces used] artillery, Grad MLRS, mortars and copters;4 we were just shot. When it all started, the officers immediately ran away. In between the attacks, we tried to entrench, but the copters immediately spotted us and just shot us. Out of 570 people, 29 managed to survive, 12 more were wounded, and the rest are all dead.’

Russian sources dismissed these claims which provoked protests from wives of the mobilised reservists outside the Voronezh prosecutor’s office.

One week after the announced capture of Makiivka, controversy was again ignited by two YouTube videos posted on Ukrainian media.  The first showed the surrender of around a dozen Russian soldiers.  Reportedly, four Ukrainian soldiers found the Russians taking shelter in a derelict house.  The latter offered to surrender. The Russian soldiers are seen to emerge from the house, one by one, and lie on the ground face down.  The video ends violently when an assailant appears from the corner of the house and opens fire.  The second video, shot from a small drone, shows the same group of soldiers.  They are all dead (a total of 19 dead Russian soldiers can be counted in the environs of the house).  According to the Ukrainians, a Russian soldier committed the act of perfidy and opened fire in the middle of the surrender. The Ukrainian soldier with headcam filming the event was seriously wounded.  According to the Russians, the prisoners were massacred.

On 24 November, an eight-minute video appeared on Telegram Channel.  It was filmed by soldiers from 2nd Company, Battalion 1823, formed in the city of Serpukhov, Moscow region.  This separate mobik battalion was subordinate 15th Guards Motor Rifle Regiment, 2nd Taman Motor Rifle Division.  The commander was an individual named Lieutenant- Colonel Teslia, call sign ‘Tochka’.  It has been the practice to muster mobilised reservists as separate battalions, rather than integrate the reservists within ‘regular’ army units.

Five individuals speak (protest) in the video.  According to a soldier who introduces himself as Vladimir Gurin, on 7 November the reservists were deployed near Maviivka.  Due to lack of liaison with neighbouring units they came under fratricidal attack by artillery and attack helicopters.  When Ukrainian forces assaulted, the company commander, political officer (second-in-command), and 4 Platoon commander went ‘missing’.  According to the reservists ‘the commanders abandoned them immediately at the start of the shelling.’ The foreman (Russian equivalent of a warrant officer) took charge of the situation and organised a retreat.  Eventually they took refuge in a three storey building in the village of Baranikovka, roughly 10-15 kilometres from the front.

Gurin charged they were equipped with ‘airsoft’ body armour and helmets (the game and tactical trainer) which they were able to pierce with knives.  They were deployed to a wood at 3am and told whoever got lost would be considered dead and left behind.  ‘We slept in the mud, in puddles, in the rain,’ he described, adding, ‘we were all wet, we were all sick, there was no food.’

Setting to one side the controversial surrender incident, the two mobik battalions tell the same story.  The mobilised reservists are poorly equipped and poorly led.  Commanders abandon their soldiers.  The battalions are not integrated with ‘regular’ army units but instead used piecemeal as cannon fodder to plug gaps.  Coordination and communications are poor leading to fratricidal incidents.  Casualties have been heavy.

In the month since the incident at Makiivka numerous reports indicate widespread low morale and a general unwillingness to fight.   Mobilised manpower in Luhansk has suffered especially badly from poor equipment and exploitation by the Russian Army.  Luhansk head Leonid Pasechnik does not report casualty numbers but neighbouring Donetsk admitted to 4,001 fatalities on 2 December.  The number of LPR5fatalities must be similar or greater.  It should be recalled both 1st and 2nd Corps (DPR6 and LPR respectively) were roughly 10,000 strong in February.  Entire orders of battle have been wiped out.  In the Donbass mining communities where the men come from these losses cannot help but have an effect on morale. 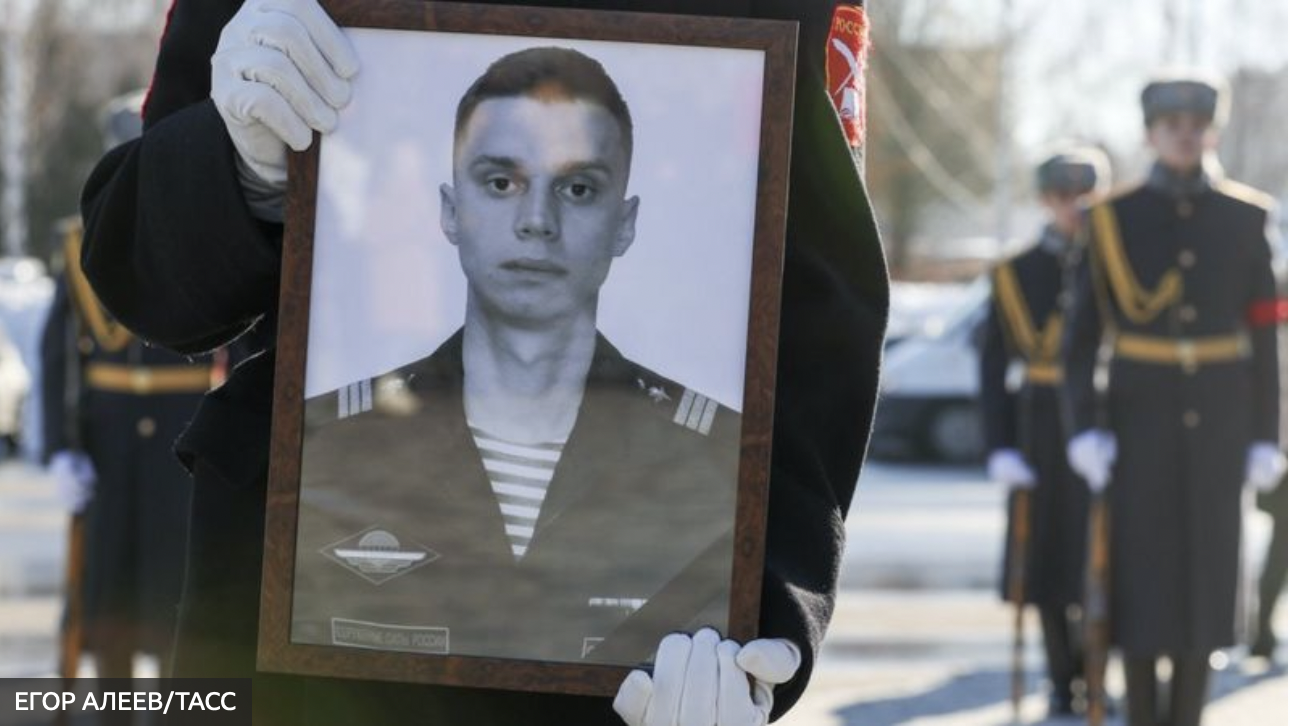 Morale may plummet even further in 2023 as a commission from the Russian Energy Ministry is drawing up plans to close the majority of Donbass mines at the beginning of 2023 on the grounds of ‘unprofitability’.  Sixty-five percent of the mining industry manpower had already been mobilised.  Irregular electricity and water supply undermines the safe operation of remaining mines. The entire industry is being propped up by Russian subsidies.  The props are about to be kicked away leaving the mobilised men without jobs to return to.  What are they fighting for?

Russian morale is equally poor.  Igor Strelkov (‘Girkin’), who likes to boast he started the whole conflagration by taking a group of armed men to Sloviansk in March 2014, recently returned from a two-month stay in the Donbass.   For the unawares reader, Strelkov has been publishing highly critical articles of the Russian MOD and ‘special military operation’ generally.  Strelkov may be an individual of dubious morals but his honesty is unimpeachable. This is his verdict on what he found:

‘Simply put, the troops are fighting ‘by inertia’, not having the slightest idea of the final strategic goals of the current military campaign and only guessing about the vague plans of the command for such grandiose senseless gestures as the construction of a completely insane in uselessness (but wildly expensive in terms of cost of   execution) Surovikin Lines [a reference to the defence line on the Svatove-Kreminna axis].

“In most units of the RF Armed Forces, soldiers and officers do not understand: for what, for what and for what purposes they are fighting in general. For them, a mystery – what is the condition for victory or just a condition for ending the war? And the authorities of the Russian Federation are not able to explain this to them, since   setting a clear goal for the NWO [‘special military operation’]means “limiting room for manoeuver” – that is, losing the opportunity to declare the goals of the NWO as achieved at any moment that the Kremlin leaders consider convenient.’

For how long can this ‘inertia’ last?  Is Putin so sure he can decree a second partial mobilisation in the spring, which he will have to do to avoid open mutinies?  Can the Kremlin count on soldiers who do not understand why they are fighting and how it will end? This could be the portrait of mobilised Russian soldiers in 1917.

Russian oil and gas industry: the impact of sanctions