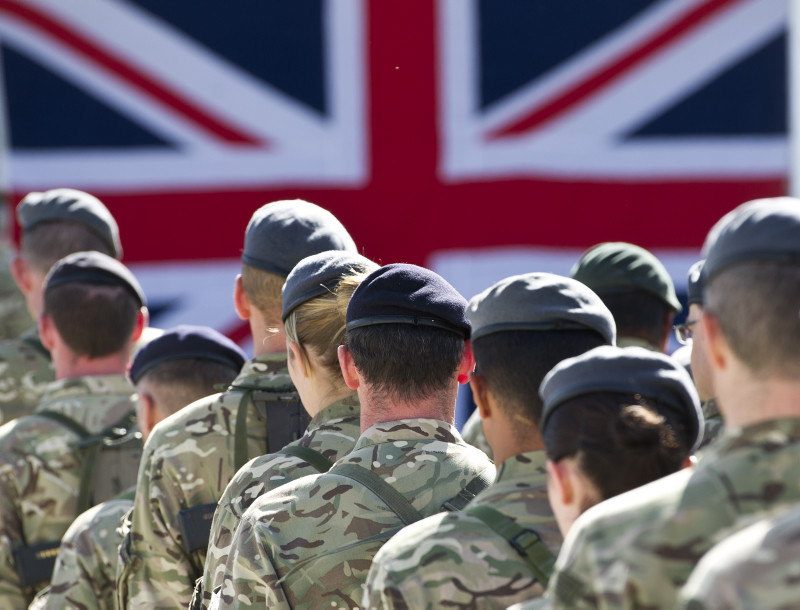 The Army currently advertises its offer to new joiners as a means of ‘belonging.’  Much is made of opportunities for camaraderie, travel, adventurous training and sports.  The Army continues to be an organisation where you can join young and relatively unqualified, learn skills and have a varied career.  Job security is complemented by career enhancing qualifications relevant to the civilian job market.  Financially the Army still offers a non-contributory pension scheme, free health care, subsidised food, travel and housing.

Yet having joined the Army in 1989 prior to “Options for Change” I have witnessed wholesale change in attitude, equipment and expectation.  The lived experience post-cold war was; always training, never deploying further than Northern Ireland, then a gear shift through to multiple deployments and a constant cycle of operational readiness, deployment, only to recover and go again.  Although sometimes out of harmony for various reasons this forecast rotation did offer a degree of certainty.

In the past the business of soldiering seemed much simpler.  Soldiers had more structure to their lives with white space in the Forecast Of Events. This allowed time to develop the art of soldiering in a positive environment. The 1 third / 2 thirds rule was a must achieve, not just a planning consideration and last-minute change was seen as planning faux pas.  The mantra was “work hard play hard” and all commanders were bought into that mind-set.  Given the frenetic tempo at a time of reduced manning and no single operational focus, I question if the Army currently demands more of its people than it has to offer?

SDSR 2015 sought to balance the books and find sustainability after defence spending had gotten out of hand, but this has arguably come with a cost to the package offered to service members.  Although, when I joined, a full pension payable on completion of service had no bearing on my commitment, it did shape the opinion of the mentors that I looked up to and based my beliefs around.  The end of service security an immediate pension offered was a massive retention tool.  Current 2015 pension benefits seem beyond reach to all, even those close to leaving service.  This reality will no doubt hit the Warrant Officer’s and Sergeants’ mess members hard, stripping out the positives that came from long service and an immediate pension.   Many will now be focused on the necessity of taking up a second career to tide them over until state pension age.

Although A2020 manning reductions were scheduled over a period out to 2019, those selected or disenfranchised saw an opening and jumped ahead of being pushed.  The common belief is that the 78,000 men and women that make up the recruited Regular Army, continue to be asked to deliver the capability that was asked of the former 102,000, without consequence.  Of this 78,000, how many of them are either injury or issue free and able to share the workload of the British Army’s worldwide commitments?  The amended adage of “work hard, get worked harder” might well resonate with those answering that daily call.

I joined the Army when the Youth Training Scheme was a viable alternative; I was quick to find positive reasons to stay.  Arms plot moves, greater posting opportunities and healthy wage inflation were a few fringe benefits that cemented my loyalty along the way.  Sadly recent times of austerity have eaten away at the package deal that in the round converted a job into a manageable way of life.  I once met a GOC who when asked is there a better offer downstream to entice busy people to join the Army, he replied “We want needy soldiers not greedy soldiers”.  I would suggest that the current demands are beginning to outweigh the benefits and soldiers are readily leaving the service.  After investing so much into developing highly trained soldiers that are expected to operate a large number of complex sub systems, surely an improved offer is a more effective cost saving measure than continually struggling to recruit and train large numbers of replacements,  especially against the current headwinds of low unemployment, demography and rising obesity levels.

What could we change?

Soldiers are soldiers, irrespective of whether they are from generation X, Y or Z.  However, the current generation seem to have a fearless approach to leaving service, unlike generation X.  Thought should be given to front loading aspects of the offer to prevent this drain of manpower.  Long service becomes a learned behaviour if positive milestones are easy to see and difficult to deny.  If there is no positive “look forward to”, then it’s easier to lose focus along the way.  Would a larger lump sum at years 12 and 24 (reduced annual pension) be a bigger retention hook, given the modern cost of home ownership?  The complexity and diverse scope of future Army tasks is unlikely to change in the modern era.  On the basis of that fact alone, the Profession of Arms needs to be elevated in stature, along with the British Army’s current offer, so as to encourage the very best to join, serve and stay.

Wayne has over 25 years of Non-Commissioned leadership experience. He has deployed to multiple operational theatres and worked in single service and Joint environments, with both Regular and Reserve personnel.

Speaking Truth to Power; Why is it so Hard to Tell the Boss they are Wrong?

Management Consultants: The Smartest Guys in the Room?