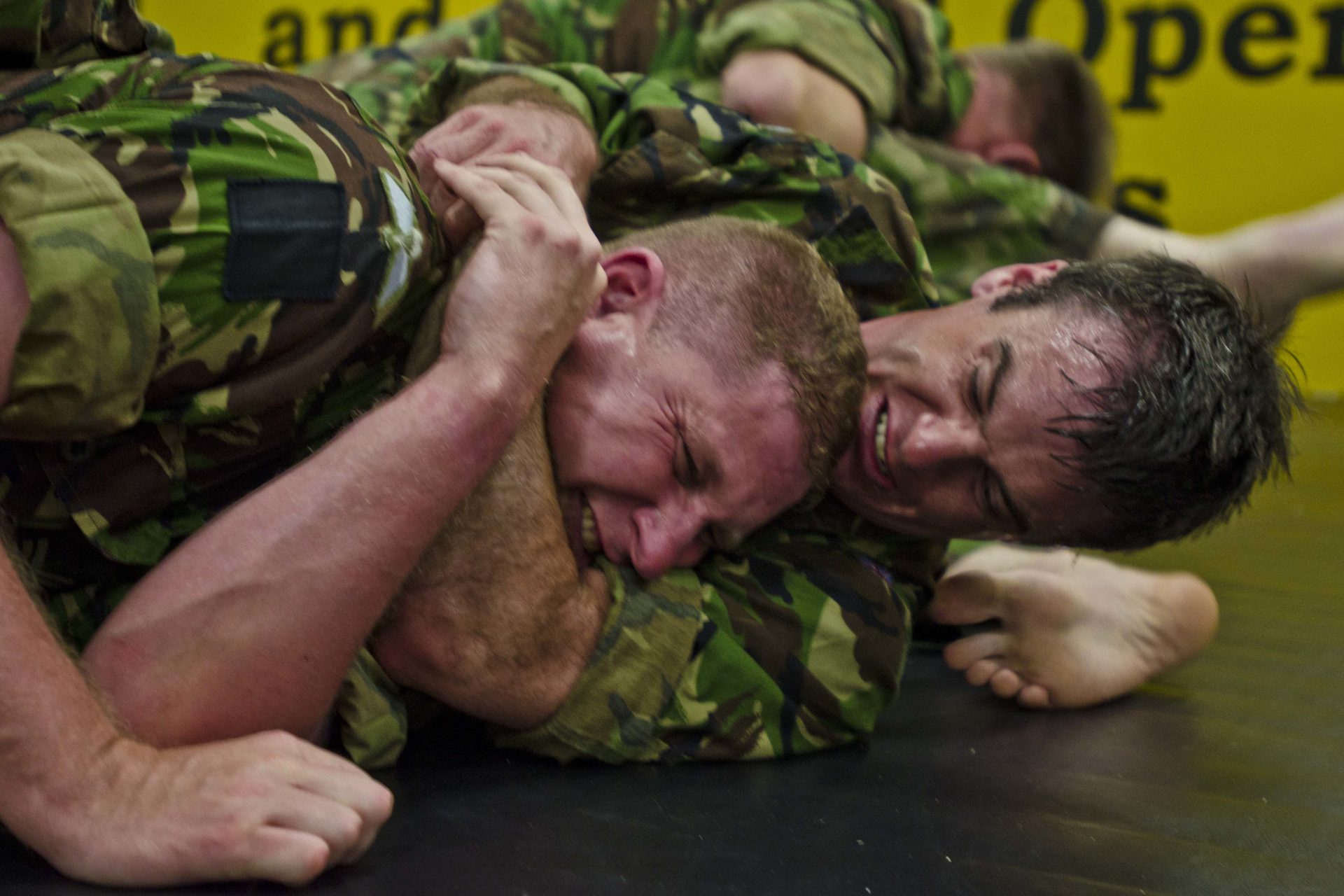 Of all the factors, which make for success in battle, the spirit of the warrior is the most decisive. (Field Marshal Bernard Montgomery)

The heart of the British Army’s Combat ethos is broken and it needs an effective Combatives[1]fighting system to help repair it.  While the character of conflict continues to evolve, the nature and spirit of warfare remains constant; a fierce and destructive interaction between humans.  Clausewitz is ever at pains to emphasise this critical but increasingly overlooked reality[2]and in our contemporary, technology-oriented world we are often distracted from this most fundamental of facts.  It is this interaction between humans in conflict which forms the nucleus of the combat ethos; this interaction is at its most refined, pure and powerful when trained and conditioned to the full range of physical contact in the hand-to-hand fighting zone.  Here in hand-to-hand combat is where combat ethos is developed and nurtured in the hearts and minds of an Army’s most critical capability, it’s Soldiers.

For too long now the Army has failed to service to this basic capability, with personnel deployed on increasingly complex, varied and isolated operations both at home and abroad the requirement for a scalable and effective Combatives system has never been more stark.

The growing and increasingly popular assertion that warfare is now a remote and dislocated activity is partly true, but with growing urbanisation and growing populations in urban environment any Army can find itself forced to fight in an increasingly close urban environment.  Battlefield experience from Mosul[3] has shown that urban operations squeeze combatants together into heavily congested and highly kinetic conflict areas forcing them into a zone where hand-to-hand fighting becomes necessary, further increasing the demands upon modern forces to have a battle-winning combat ethos built upon an effective Combatives system.

It is in the hand-to-hand zone of developing the combat ethos that the most important psychological development and combat mental conditioning occurs.  It is here in this zone that soldiers have to find and learn self-confidence, self-discipline and that quitting is not an option.  It is here that the winning combat ethos is born in a Soldier’s heart and mind through the physical experience of realistic and challenging training.  It is here that they forge their understanding of the true nature of physical-human interaction in warfare.

The British Army has a strong history of Combatives training. During the Second World War W.E. Fairbairn created a combatives system based on his experiences as a policeman fighting street gangs in Shanghai.  His system was taught to all Commando, Parachute and Home Guard forces and laid the foundations of modern western Combatives systems.  During internal security operations in Northern Ireland soldiers were taught restraint and arrest techniques and the last decade has seen the introduction of an Army ‘Combat PT’ Combatives syllabus.  This limited system has fallen well short of its original design and is inadequate for the contemporary operating environment, offering only basic techniques, a very limited syllabus and no progression or competition. Additionally, it has never been fully integrated into the Army Physical training program and has contributed little to overall combat ethos.

Some units are attempting to fill the capability void; Paratroopers ‘mill’ on P-Company, Gurkhas train in Tae Kwan Do during basic training and interested unit leaders run their own in-unit Combatives training. This ‘self-help’ in-unit training is neither endorsed or formalised, offers little or no progression and could be teaching ineffective and potentially dangerous techniques. While boxing and other martial arts are healthy in the Army, these are rules based sports. They are useful in hand-to-hand combat but do not offer the full reality-based Combatives package the Army requires to develop a superior combat ethos.

It is not necessary for the Army to create it’s own ‘system’.  There are several systems taught to forces around the world that would suit the Army’s needs and fit with its values and standards. The US Army Combatives[4]programme and the Israeli Krav Maga or Kapap systems are both taught across their forces regardless of gender and unit role.  Both are effective and established programs that meet their Army’s requirements.  Whatever system the British Army choses or creates it must be based in reality, effective, progressive, gender agnostic and easily learnt.

Once a system is chosen, this can be introduced in stages.  Recruits can receive a basic variant during their initial training, while trained soldiers can have a scalable syllabus taught in unit. Unit PTIs already deliver Boxing and Martial Art sports training, so could be trained to deliver a Combatives programme too.

An effective Combatives programme would form the beating heart of the British Army’s combat ethos enhancing it through teaching and competition as part of a regular physical training program fitting with the Army’s values and standards.  If implemented in a progressive and sensible manner, similar to the U.S. system, it could cater for all ages and abilities and provide all soldiers, regardless of gender or trade not only with options to neutralise a close threat in a scalable, situation-oriented way but also provide them with an enhanced combat winning mentality helping the Army maintain its combat edge and repair its combat ethos in an increasingly complex and congested operating environment.

Combatives — Combatives are the techniques and tactics useful to soldiers involved in hand-to-hand combat. Proficiency in Combatives is one of the fundamental building blocks for training the modern soldier

Chris has 16 years of leadership experience, in both the Regular Army and the Army Reserve. He has attended Staff College and commanded a Sub Unit.

Leading by Example; NCOs are the Vital Ground

The Value of the Specialist