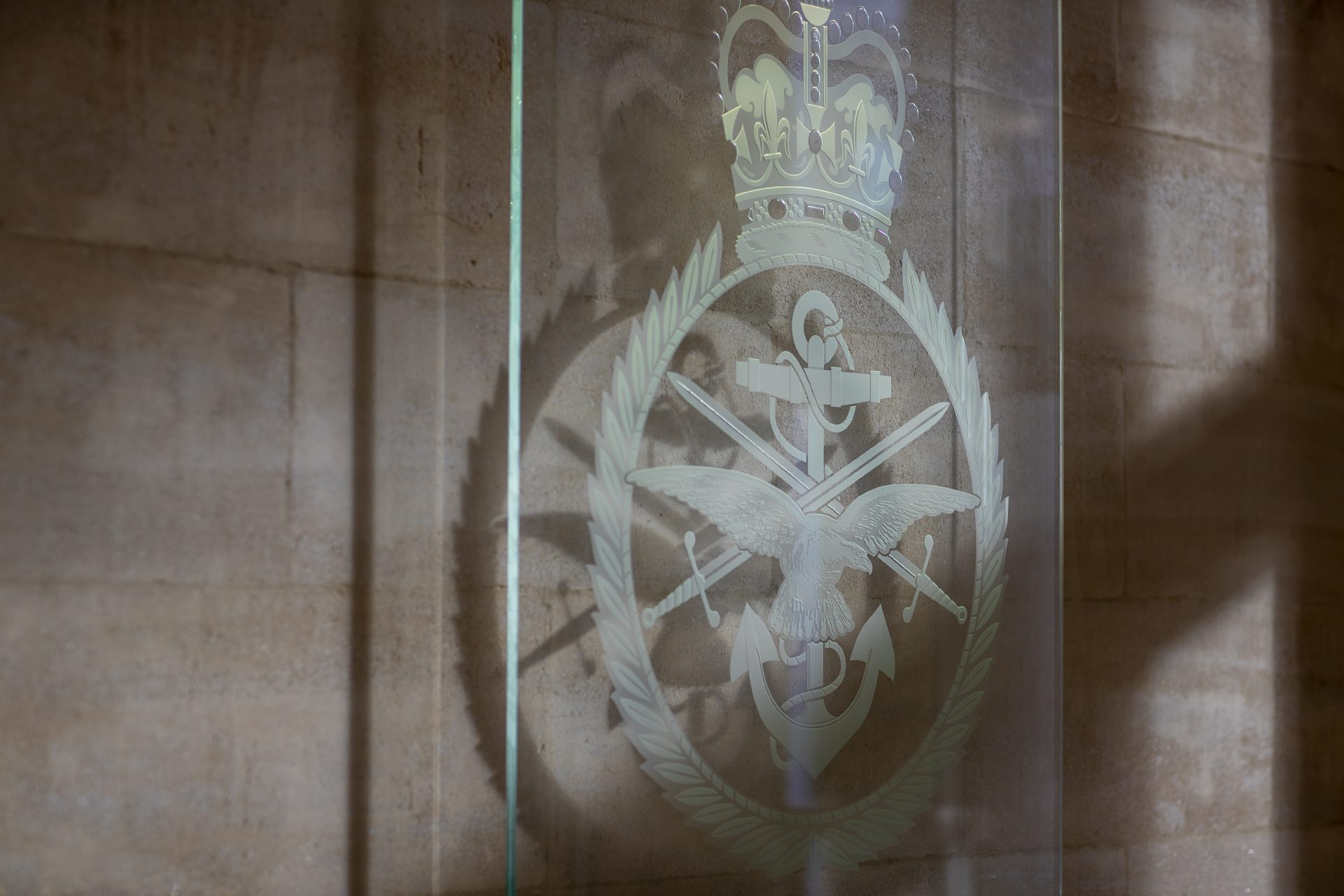 Editor’s note: This article was submitted in response to the Wavell Room’s “COVID-19 What Next? competition“. It was judged to be one of the winning entries.

By August of 2020, the UK reported no new cases of COVID-19.  Virologists reckon that this was in part thanks to another unusually hot summer.  The British Government finally had time to consider the economic aftermath of the crisis.  The country was facing the triple economic shocks of leaving the EU with no deal, significantly increased debt and a deep recession.  The Prime Minister refused to move the date of EU withdrawal.  With EU politicians occupied by COVID, there was no deal struck.  National Debt levels, before COVID, regarded as high, were now over 100% of GDP, not including unfunded debt such as public pensions.  The cost of servicing debt grew.

President Trump seized the opportunity that COVID presented to demand that China pay reparations for the cost of his economic stimulus or be removed from the WTO.  China refused.  As many nations joined Trump’s calls, China stood alone in the world, less a few states, Russia being one.  China was forced from the WTO.

The developed world went further, threatening that any nation that allowed the belt and road initiative in their country or exported significantly to China also be removed from the WTO.  Providers of raw materials to China, many developing nations in Africa, decided they could not risk relying on an isolated, self-interested China.  China’s exports of finished goods dropped by two thirds causing mass unemployment and civil unrest much worse than Tiananmen Square.  The Communist party felt threatened.  Without cheap goods, global inflation rose rapidly.  The world fell deeper into recession.

China threatened war.  Its only aircraft carrier battle group sat menacingly 20 miles off the coast of Taiwan.  More submarine contacts were reported from the west coast of the United States and all around Europe, seemingly Russian.

Savings on the Home Front

At home, the UK Government asked all departments, less the NHS, to find savings of 20% to help control its debt.  With the potential for war significantly increased, the MOD was asked to find 5% savings, but with a significant reduction in GDP, this was more like a 12% cut in cash terms.  Anticipating naval conflict the government commissioned three more destroyers and five more Frigates.  Building these supported manufacturing, a totemic industry centred in the north and in Scotland, which was still debating leaving the Union.

The Defence Minister had hard choices.  The NATO target of 20% of spend on equipment limited his freedom of movement.  The eight ships were in addition to this, which meant an actual budget cut of around 15%.  If the Secretary of State asked Senior Officers for savings the Minister knew they would reach for the salami slicer.  The MOD wanted to do the impossible; cut the personnel costs without cutting front line numbers.

The Secretary of State cut the number of senior ranks in half.  Every OF-6 made redundant paid the wages of five OF-2.  For OF-5 or OF-4, it paid for four.  These measures alone saved enough to pay 10,000 OF-2 wages.  The Minister was often quoted as saying ‘I didn’t see many Generals driving Lorries during COVID’.  Each OF-3 post cut paid for an additional OR-3 and OR-4, front line leadership for an additional six OR-2s.  He introduced a law, similar to the US Defense Officer Personnel Management Act (DOPMA) limiting the number of field grade officers.  Parliament had oversight of this.  He implemented ‘up or out’.  If a person had reached their maximum pay increment and had been there for three years, they were made redundant without generous pay-outs on top of already generous pensions.

Most staff jobs, typically done by OF-3s were now done by OF-2s.  Few complained that they were doing the job that someone of a higher rank had done a year previously but for the same money.  With unemployment rates at around 14% those who weren’t made redundant were grateful to have a job, especially one that put a roof over their heads.

The Military estate went wireless.  Every serviceperson, OR-6 or above was issued a laptop.  Staffers worked from home two or three days a week.  Morale improved as the need for face time reduced as did geographical movement.  People began to feel genuinely like empowered soldiers.  Without layers of bureaucracy, decision-making sped up.

Army Combat Service Support (CSS) personnel were to have a ‘secondary service’.  A REME Aviation Technician might serve for 3 months every few years on board a Royal Navy ship, servicing helicopters.  An RLC Fuel and Lubricants specialist might work at an RAF station.  Time with a secondary service was vital for promotion to Senior NCO.  Support and Personnel Services fell by 80%.  Self-service was the norm, as with other functions of daily life such as online banking.

Pensions moved to average salary and would begin at the state pension age.

Parliament gave the Armed Forces additional responsibilities, knowing if the next pandemic was worse, they would be asked to do much more.  Every service person received training in one of the emergency service roles every year, Police, Fire or Medical.  Although this had the danger of blurring the lines between civil and military protection, COVID made the public understand that this may be necessary in extremis.  Service personnel would spend a minimum of two weeks with their emergency service, with a similar status to a Special Constable or volunteer firefighter.  Some were ‘Blue Light’ trained and could drive Fire Engines or Ambulances if needed.

The Army gave 5,000 workforce liability (jobs) to the Royal Navy (RN).  None of this liability could be used for the Royal Marines.  RN and RAF Reserve liability moved to the Army.  Their roles were deemed too complicated for a two week a year Reservist to safely and meaningfully contribute.  RN and RAF surge capacity now came from Army CSS.  In addition an increase of 17,000  was authorised for the Army Reserve increasing their size to 50,000.  Changes in law meant that Reservists now had a return of service expected.  A failure to do so was punishable with a criminal record and custodial sentence.

Reservists were now part of the Civil Contingency Protection Force and required to serve for four, not two weeks every year.  The additional two weeks allowed them to train in Civil Protection Tasks, Fire, Police, Medical or other tasks.  Other tasks included rubbish collection and delivering mail, essential to the running of a functioning society during a hard lockdown.  Reservists received top up pay to ensure they were not financially penalised for this longer requirement.

Civil Defence Centres were formed, bringing together Police, Fire, Ambulance stations and Reserve Centres.  Coordinating responses to incidents was easier as people had worked together previously and shared a bar.  The sale of old buildings and construction of new ones was cost neutral.  Running costs were shared, making them much cheaper.  The facilities were used 24/7, not just weeknights and the occasional weekend so stayed in good working order.

With these new roles and a change in mood from the public regarding service, interest in joining the Reserves grew.  Achieving 50,000 Reservists was anticipated to take ten years but in reality was achieved in six during the post COVID recession.  Employers saw benefits.  If a lockdown happened, the Armed Forces could help to bring about its conclusion more swiftly,  Reservists would reduce a businesses wage bill but with an employee at the end of any future crisis and this was in line with the desire for portfolio careers.  Employees took pride in their civil protection role.

The first cases of a new strain of MERS were reported simultaneously in Riyadh, in London and in Singapore, most likely transported by air passengers.  This strain, having developed in warmer climates was not predicted to die in the relatively milder summers of Europe.  It spread rapidly, with an infection rate of 4.1 as opposed to 2.4 with COVID.  With the outbreak beginning in the UK, stockpiling started immediately.  Violence in supermarkets became commonplace as did theft. Civil order began to break down.

Prime Minister Rishi Sunak reacted immediately.  He imposed strict social distancing measures enforced by the Police, assisted by the military.  He invoked the 2021 Civil Defence Act, which easily achieved the three quarters of (now virtual) parliamentary votes needed.  He activated 25,000 Regular and 35,000 Reservist service personnel into civil defence roles.  Only key workers could leave their houses.  There were no exceptions.  Essential items such as food and medicines were delivered to households.  Armed Forces personnel helped in this.

Advances in medical technology allowed the virus to be gene sequenced in minutes.  A vaccine was tested over four weeks, outside of clinical norms, but deemed essential for immediate use.  The NHS, bolstered by trained service personnel vaccinated society’s most vulnerable in about six weeks.  Two weeks later, with the rate of transmission in steep decline and much of the rest of the population vaccinated, social distancing measured began to be relaxed.  To do this in this timeframe would not have been possible without the role of the 60,000 service personnel who were trained and prepared to react to events such as this.

Chris has 16 years of leadership experience, in both the Regular Army and the Army Reserve. He has attended Staff College and commanded a Sub Unit.