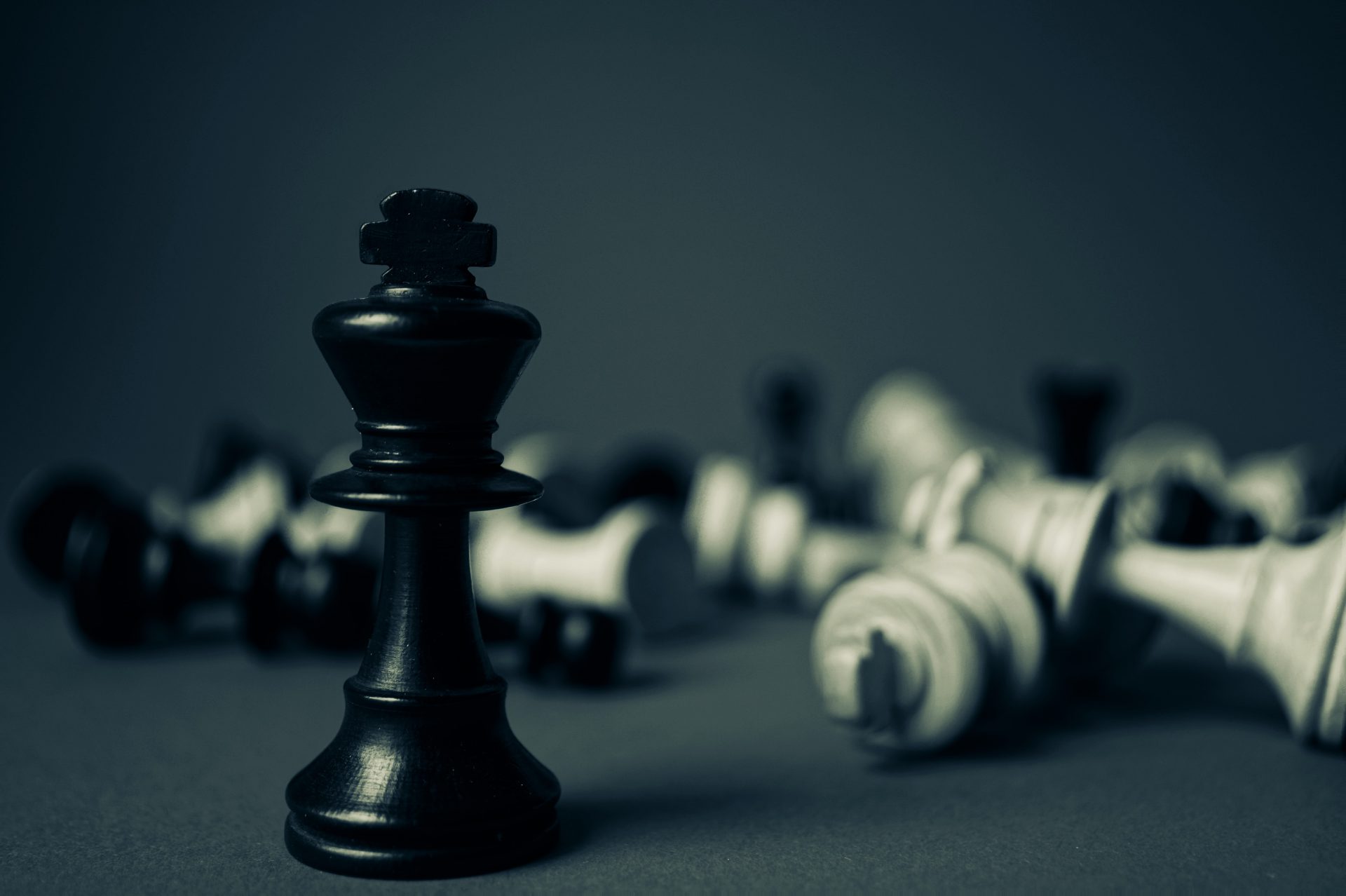 A Metaphor for Contemporary Warfare

As a military practitioner considering the future of warfare, the threat, technology and our military response within a political context, it is useful to consider how war has developed and will continue to change.  By reflecting upon our history, we are better informed for the future.  But, to make the future comprehensible, a metaphor can be useful.  War has become more complicated, more lethal, more unpredictable and is no longer a state-based activity.  The military strategic balance today is nuanced, with threats and opportunities in equal measure.  If you consider the rising state threat of Russia, the unpredictability of North Korea, the mass of China, the nascent nuclear capability of Iran and the unknowns of non-state threats, we may deduce that if the UK and NATO’s military outlook were a game of chess, we’d currently be in check!  Hence, the next move in the global game must avoid checkmate while manoeuvring us into a position of advantage.

When warfare originated it was no more than men armed with whatever they could find.  No structure, no sophisticated weapons and few tactics.  These soldiers were the Pawns of chess, able only to move slowly and to defeat other pawns.  They were low tech and predictable, but easy to sustain and not expensive.  They were commanded by a King, who made the decisions of when and where to seek battle.  They commanded all they could see, usually paid for the force, and were responsible for its employment.  They were symbolic of success and failure and often didn’t get a second chance if placed in checkmate.  Hence warfare spent the vast majority of its evolution with Pawns and Kings in ferocious, local, and short battles.

The next piece to join the board/battlefield was the Knight, or mounted troops that would one day become cavalry or mounted infantry.  These Knights added range, mass, power and status.  They were battle winners if used properly. They needed extra sustainment, but nonetheless quickly became synonymous with the elite and tactical flexibility.  They complemented the Pawns with mobility and protection and became the striking force to the pawns’ fixing force.  They took on additional tasks, such as communications, scouting and flank protection, but primarily remained a key asset for the King to strike the decisive blow on the stubbornly small battlefield.

Then, approximately 400 years ago, the combination of potassium nitrate, sulphur and charcoal allowed projectiles to be fired from barrels and the artillery joined the battlefield.  The Rook took its place and immediately added range and stand-off.  Killing could now be done at much greater range than the bow and arrow allowed and without immediate danger to the firer.  It allows striking without warning and while artillery required more sustainment, it was tactically worth the burden.  At the same time, command remained vested in a single person, but the King now required some specialist commanders to look after the subordinate parts of the Army.  Hence, by the 1700s, the fundamental building blocks of modern warfare were in place.  The Knights could find the enemy, the Rooks could fix them, while the Pawns could strike and then combine with the Knights to exploit.

It then took until the early 1900s for the Bishops to join the battle in the form of aircraft.  Primarily as reconnaissance platforms before they could deliver their own fires, they provided a better understanding of the battlefield.  Whether as balloons, bi-planes, jets, stealth aircraft, satellites or UAS they enabled Air-Land doctrine and Blitzkrieg, taking war into a third dimension.  Their range allowed the artillery to be more useful and to gain an understanding of enemy intent.  The Bishops added situational awareness and extended the dimensions of the battlefield.  The Kings expanded into larger HQs responsible for a battlefield that was starting to split into the deep, close and rear, and fought at both tactical and operational levels.  All the while, the level of effort to sustain the force increased and increasingly became a limiting factor.

Which leaves one important piece missing, the Queen.  She arrived on the battlefield only a few years ago, maybe in the early 2000s when cyber warfare capability matured and threatened to physically or cognitive disrupt.  The Queen moves in cyber as she does on the chessboard, in any direction and as far as she likes.  She can defeat all that falls before her and is often used as the coup de gras.  However, the true utility of cyber will remain ethereal until it is employed in contemporary warfare.

Hence, by 2010 all the chess pieces are on the board, and we have a developed metaphor for warfare.  We like the rules-based approach of war and chess; we recognise all the pieces, and we believe warfare is confined to an identifiable battlefield.  We expect that a good understanding of the interactions of all the pieces will lead to tactical success.  This is what Western Armies have focused upon since 2000: making small structural changes and some modest equipment changes to be as good as we can be within fiscal constraints.

But this is not the end, but just the beginning of our understanding of modern war.  Contemporary war will challenge the rules of chess/warfare, and we must understand how to play a better game.  Within this context, we should also recognise that war will not solely be a military endeavour, but one which non-combatants, NGOs, criminals and non-state actors have joined.  War will remain an extension of political aims, but it can now be waged by non-state actors, and imminently, by machines and algorithms with potentially no direct national ownership.

Hence, within this chess metaphor, we can predict four cumulative changes.  The first is that the balance of our forces is probably still wrong with not enough queens, rooks or bishops relative to the number of pawns and; as warfare develops, our balance of pieces should to.  Secondly, why don’t we place more pieces on the board of lesser value but which deliver more combat mass?  Maybe an approach to procurement of many and cheap may be more useful than few and exquisite.

Thirdly, the size of the board is continuing to expand as future military operations will stretch well beyond any defined battlefield and into the home base leaving no space, either physical, cognitive or cyber uncontested.  In our metaphorical game of chess, we should simply remove the board and note that this allows the opposition to start the game with pieces behind us, amongst us, above and below us.

The fourth and probably most radical transformation to the game will be the introduction of a new chess piece.  A piece you don’t recognise, which moves where it likes, often before its turn, which can defeat any of our pieces with impunity.  The game would be over in a handful of moves, and hence we must guard against the arrival of such a piece.  It may be an extrapolation of the Queen, Information Manoeuvre and her cyber capability to provide the next true Revolution in Military Affairs since gunpowder.

So, where does this leave us and what do we do next?  We should agree that warfare has changed more radically than previously thought.  Whether state or non-state, physical or cognitive, above or below the Article 5 threshold, warfare has become hybrid and total and won’t return to limited or conventional ever again.  Consequently, we must adapt and consider some new norms.  We should train to operate more dispersed, with new tactics, new capabilities, and new structures as the game of chess transforms from a constrained, linear and predictable endeavour to a metaphorical online, multiplayer, virtual, digital challenge, that stretches our understanding of warfare further than ever before, and might require the most radical revolution of capability in the history of war.  It equates to a move from chess to Call of Duty and is only constrained by our imagination!

Borgard is a Commando Gunner with Conceptual, Force Development and Doctrine experience as well as training experience at the Royal Military Academy  and experience as a career management.

Keeping the Knowledge Workers – Reporting on Experience and Talent