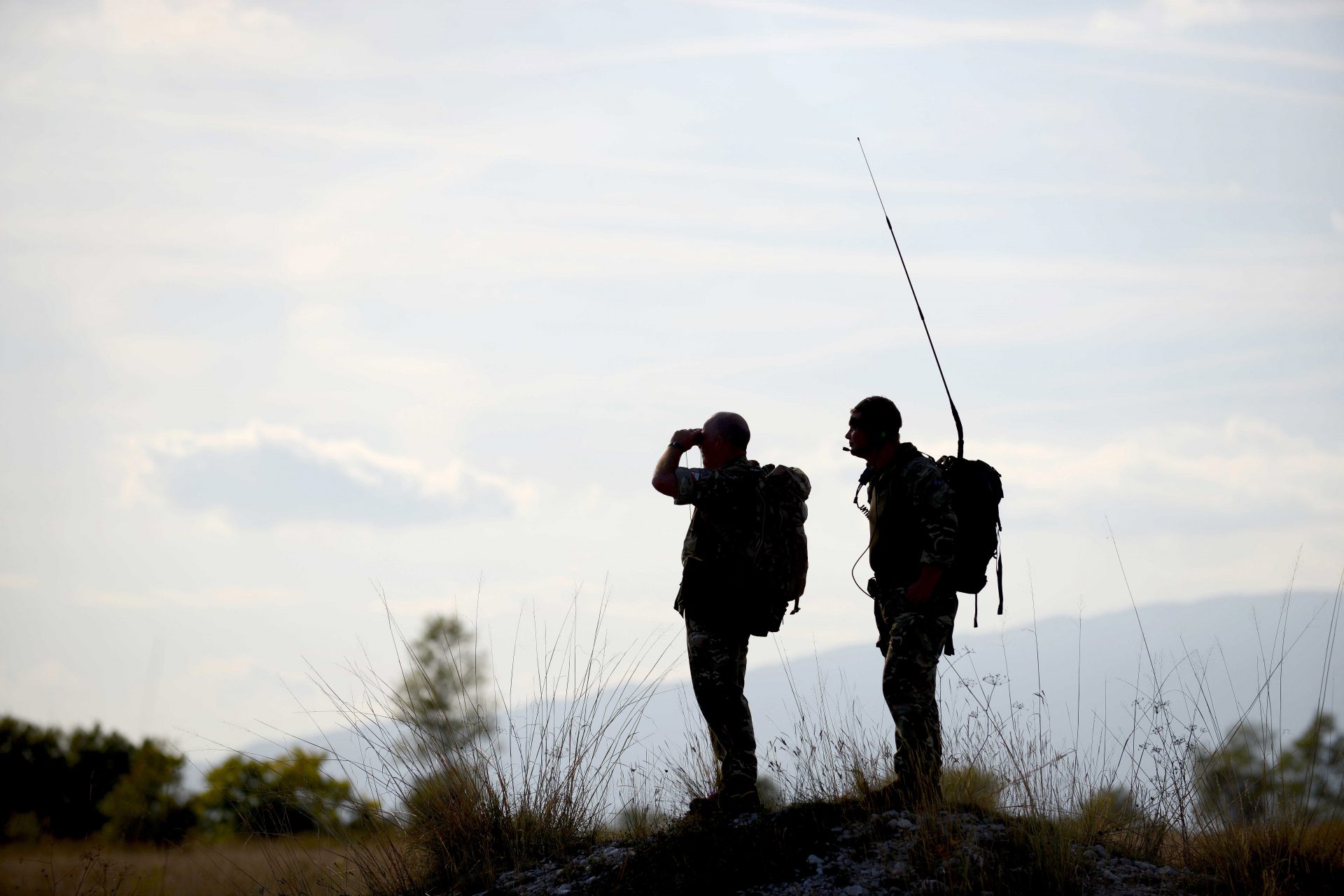 The 2015 Strategic Defence and Security Review saw a marked change in the Government’s strategy for the UK Armed Forces.  The review declared that the UK would move to a ‘whole force’ approach.  The intent was to better utilise the regulars, reservists, and civil service parts to create a coherent, ‘whole force’.  Most striking was the plan to reform the reserve forces and make them integral to regular outputs.  It is increasingly clear, however, that the both the SDSR, and the Army in its application of policy, did not go far enough to best exploit the Army Reserve.

This is not the first time the Wavell Room has covered this topic.  Chris D previously argued that reservist units need more command independence and better use of technology to enable reservists to contribute.  Chris Green has argued for greater use of sponsored reservists for public sector engagement.  Others have highlighted that there are many lessons that can be drawn from the civil sector.  These arguments, by implication, have the same common thrust that regular forces lack an understanding of how to employ reservists and exploit individual skills.

The Army Reserve needs fundamental structural reform to align it to the ‘whole force’ concept.  This article argues that the Reserve is ‘structurally independent’.  It is not reliant on, or accountable to the regular force it supports.  It is not ‘structurally embedded’ and this has created an artificial, and growing, divide between regulars and reservists.

The ‘whole force’ needs one thing from its reserve; trained personnel who can reliably deploy to meet operational need.  If reserve units are not generating this, in either sufficient quantity or quality, then they are failing in their core purpose and defence must question their value.  When preparing this article, one reservist told me that the Army was ‘pussyfooting’ the issue and not demanding this output.  This creates tension and resentment amongst those involved whilst generating a limited contribution to operational commitments.

Reserve units are structurally independent and mirror the make-up of their regular counterparts.  For example, reserve Infantry battalions.  Notionally paired with regular units, they are their own units with their own personalities.  This pairing does not work efficiently if units are not geographically co-located and this makes joint training difficult and often unworkable.  Commanding Officers are judged against how they handle their unit against similar markers to regular units and not against their support an operational output.  This has created structural independence.

In part there is nothing wrong with this.  As Chris D pointed out, empowering reservist commanders is vital to allow leaders sufficient tools to motivate reservists and, therefore, increase their output to regular combat power.  Some commanders may have excellent alignment with their regular units.  But others may not and choose, instead, to drive their own priorities.  This is structural ‘independence’ and it demonstrates that the current model is not structurally ‘embedded’ to a whole force approach.

The boldest move I am proposing is to disband all reserve units.  In turn, reserve sub-units would be task organised directly into regular units.  For example, reserve Infantry battalion should re-subordinate subunits to regular units creating hybrid units.  These units would assume the command responsibility for administering, equipping, and training the sub unit embedded in the operational cycle.

This would remove a range of command positions used to support and promote senior non-commissioned officers and ‘type b’ commanding officers.  This should not blind us to the potentially deeper opportunities this structure would offer.  As the Armed Forces move to more flexible working, Army personnel could be offered the chance to temporarily detach to the embedded reserve sub unit reducing their work load.  This would offer genuinely flexible options.

There is also a bolder extension of this option also making it highly desirable.  Regular soldiers must serve a minimum of four years.  The final year of this commitment could be completed in an attached reserve sub-unit by asking soldiers to serve the number of working days remaining in their contract but over a longer period of time.  This would maintain a consistent command relationship and normalise the flow of regulars into the reserve and back again as personal circumstances change.  Potentially, it see a stream of actively disengaged regulars into reserve units.  However, this leadership challenge is easier to deal with embedded inside a regular, full time, structure with an operational focus.

This would bring the additional benefit that relationships between regulars and reservists would be deeper and more cohesive.  All personnel would share a mess life, training facilities, social events, family support, and unit welfare facilities.  This structural change would boost the moral component of both regulars and reservists removing the artificial divide that is currently in place.

Training is a command responsibility, and this drives Commanding Officers to identify their own priorities. These can be different to the required output.  In the current model, reserve units plan and organise their own training absorbing resources often meeting un-needed objectives.  With a few exceptions (the House of Lords highlighted the integration of 77X) reserve training is broadly for no discernible purpose.  Indeed, a Government report in 2016 found that it was ‘difficult in practice’ to train sufficient reservists to meet outputs.

From a different perspective, this system does not allow the Army to exploit civilian skills and talent.  The Council of Reserve Forces noted in 2017 that “skills count for nothing when it comes to military competence”.   This frustrates reservists who cannot complement the ‘whole force’.  It is a far cry from the ‘valued and valuable’ rhetoric used in 2013.

This is wasteful and there is no logic behind structurally separating reservist and regular training.  One reservist recently summed up this up by simply saying ‘wasted Wednesdays’.  The old model, “we’ve always done it this way” is broken.  It must be reformed.  It deepens the artificial divide between regular and reserve units.

Embedded sub-units would fit into their regular unit’s training programme ensuring that training was resourced and relevant.  This would offer reservists more choice and opportunity as they could look across the unit’s training programme and choose the training they needed.  For individuals who could not make any of this increased range of training, I propose a range of service run camps.  That is to say a series of centralised training camps not aligned to any cap badge providing core training.  This would ensure that all reservist training is aligned to operational output and the deployment cycle of their regular unit creating efficiency and adding a more operationally focused edge.

Mentality: “Deploy or Get Out”

The final change I wish to propose is to the mentality of reserve forces.  The US military has recently moved to a policy of “deploy or get out”.  In this case, the policy was based largely on medical readiness but the general thrust of the policy is applicable here.  The policy has certainly had its draw backs and c.21 000 personnel have been discharged depleting available combat power.  Yet, is this a bad thing?  The British military has a significant budget deficit and c.40% of all spending is on personnel.  Do we really wish to pay to maintain personnel who have not or who are unlikely to deploy?  This is a waste of resource undermining the ‘whole force’ approach.

Many would say that reservists have different considerations to regular personnel and that they need more individual and bespoke management. One reservist recently told me that the ‘same amount of time was spent on career management as with regular soldiers sucking finite time away from what reservists join for which is exciting meaningful training and deployment’.

In this debate, it is often over looked that regulars are also volunteers and that over 50% of service leavers cited the impact of their service on their personal life as their primary reason for leaving.  As volunteers, regulars, just don’t get the option to say no.  They are task focused whilst the independent reservist structure is people focused.  The best way to enable this mentality change is to structurally embed reservists within, and make them directly accountable to, regular force outputs.

This article has proposed structurally embedding all reserve forces with their regular counterparts.  This would offer additional possibilities for reserve-regular training and build the moral component of fighting power exploiting the whole force.  Defence needs to be firmer with reserve forces and first create, and then maintain, a deployable mindset embedded within their regular outputs.  This is best achieved by formally embedding reservists within regular units.  Throughout this we must maintain a focus on what defence needs from the ‘whole force’ approach; trained and deployable personnel.

Failing to Succeed – A Different Approach