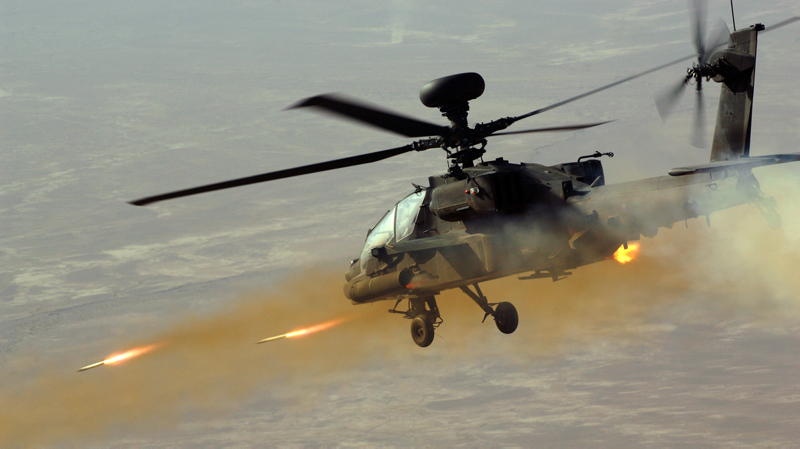 Automation and Technology Capabilities and Spending Concepts and Doctrine Land

Army Aviation – Ready for the Deep? Or out of it’s Depth?

Discussion about the ‘British Division’ has sparked much debate about its capabilities. But so far, Army Aviation (Avn) hasn’t featured. Specialised, small and relatively expensive, would be a valid appraisal of Avn. But so is uniquely mobile, lethal and capable to deliver effect. With more savings to be found across Defence, Avn cannot be safe from the accountant’s gaze. Yet under current plans the Division should have means of reconnaissance and attack by the Wildcat and the (soon to be upgraded) Apache.

The UK Division’s deep battle has some serious shortcomings in artillery lethality and numbers. Close Air Support faces challenges too, not just advanced air defences but also being unable to be in several places at once. 138 F35s and 137 Typhoons cannot fight, be serviced and train all at the same time. So it appears favourable for the Army’s difficulties to strike in the deep to be addressed by Army Avn capabilities. American Deep operations doctrine was shaped by the advent of the Apache and since the 1980s onwards the concept is an established methodology that the UK may look to emulate.

I would argue the application of Avn in the Divisional deep battle has far greater flaws in the contemporary setting. Although Avn was  successful in the 1990/1 Gulf War, and Attack Helicopters (AH) were very successful in the intervention in Libya. There are examples which expose some of the shortcomings of these kind of operations and in battle conditions more favourable than the peer/peer plus adversary for which we must appear prepared to challenge.

In Kosovo (1999), US AH were deployed to theatre as ‘Task Force Hawk’ but not operationally committed to hunt the elusive forces of the Serbian Army. A politically low risk appetite, challenging weather, and terrain that was advantageous to well trained and aerial aware opponents. Of note, the Serbian Army used similar equipment to the Iraq forces of 90/91 but with better tactics, techniques and procedures. During Iraq (2003) the Avn offensive against the Medina Division in Karbala showed how risky these operations are to the platform. A dispersed opponent, lacking the qualitative capabilities of our current peer adversaries, decisively engaged US AH when a planned operation was found wanting for numerous reasons. A number of US aircraft (equivalent to the complete deployable 2025 UK AH Force) all received battle damage, with some shot down, all to no successful mission outcome or effect achieved.

These lessons are not just ours to learn from, the reliance on air and Avn has been evident for the last 20-30 years of Western campaigning. Consequently any of our peer adversaries will possess area denial, anti-access equipment and tactics to deny our airborne ISR force multipliers and fast air the freedom they have enjoyed in the last campaigns.  The MOD acknowledges the air superiority we are used to it is unlikely to be achieved again. Yet within this context there is the discussion to commit an Avn force deep behind the forward line of enemy troops for Divisional effort. This force would be vulnerable from small arms fire, to artillery and everything in between. Not forgetting specialised anti air weapons. For the Avn force to succeed  it would most likely have to remain covert on approach, executing and withdrawing while exposed to the types of electronic warfare conditions that preclude voice and GPS, compounded by the threat of passive surveillance of datalinks. Not forgetting the target will do the utmost to mask and spoof their electronic and physical signatures to remain hard to find or lure into the kinds of complex ambushes not seen since Return of the Jedi.

Deploying Aviation in the deep is arguably too costly in capability. Especially when the close battle is also stripped of resources. Aviation  could provide a battle favouring edge in the close, at much reduced risk to being employed in the deep. Avn could be better used in the close and the fight in the rear. Avn could be used to Counter opponents who use Air assault operations  in our Rear. Especially as our air defence isn’t peer competitive, and may be complicated by ‘little green men’.

Similar to the employment of attack helicopters in Vietnam the AH becomes akin to mobile artillery, filling the holes of our own artillery or ground forces. Wildcat could become the Divisional or Brigade Commanders eyes across the battlespace or (if up armed) the ‘sticking plaster’ for problems that don’t require an AH or a Challenger to reinforce behind our FLOT. The STRIKE concept, with its ability to be widely dispersed, could use Avn’s the mobile lethality to enable manoeuvre. The coordination of ground manoeuvre with Avn is well proven with good practice born of operational memory of the last decade. An advantage of technique, tactics and training we can exploit over our adversary. Avn like this is of greater utility than a massed assault into the uncertain fog far behind the forward line of enemy troops.

Furthermore, persistent and capable enemy drone forces, providing space, air and ground surveillance means basing must either be out of the range of enemy artillery or exceptionally creative. Mobility along with unique protection measures on the ground, will offer some form of protection akin to how the Harrier force would deploy across Europe in the cold war.

Aviation remains useful within the 3 (UK) Division construct because it has the mobile lethality, organically or inorganically, to act unilaterally in the deep or in the close. Unfortunately the threat has evolved and our heavy reliance on air and Avn has left us exposed after years of development in anti-air systems. Additionally, the execution of Avn deep operations in recent history have not been completely successful and have highlighted the high risk involved when operating against opponents of less technical acclaim than our peer/peer plus adversaries. We need to ensure we learn the right lessons from Avn history, to ensure we are able to utilise the excellent battle winning capabilities that Avn can provide.

Ian has 12 years of unorthodox leadership experience, working with Military Aviation. He has a personal and professional interest in contemporary warfare.

Drugs, Choices and the Military