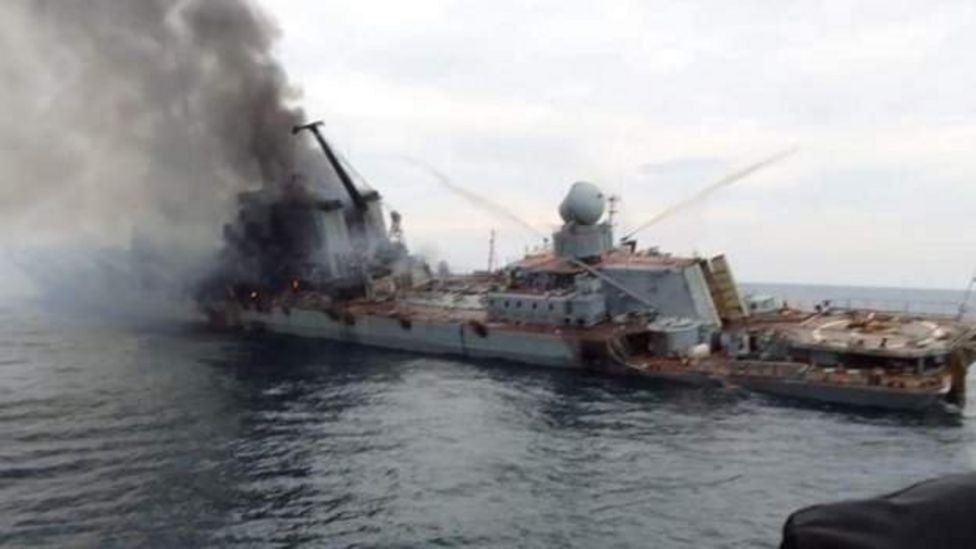 The large-scale land warfare and aerial bombardment we are currently seeing in Ukraine is fortunately rare, but the other part of the current war, attacks on shipping, is commonplace. This is because the importance of shipping makes it a valuable lever. Almost all international trade goes by sea, the global highway.

This article explains why and how navies act to protect or obstruct shipping every day. It starts with Ukraine and goes on to explain why similar actions take place even outside major conflict. It then imagines the use of obstructing shipping in a war with China or other states and finishes by asking why this perennial aspect of the global system is widely ignored.

Shipping and the Russo-Ukrainian war

Before the war, Ukraine moved over 70 percent of its exports by sea. This trade has entirely stopped, for Russian attacks on shipping in the Black Sea and the use of sea mines have cut Ukraine off from the oceans. When the EU suggested opening land routes in compensation, Ukraine’s Deputy Economy Minister Taras Kachka replied that “we cannot ensure the same volume of exports as via seaports by other means of transportation … The only way to ensure proper reinstalment of exports is to unblock [the] sea ports. This is the only solution.”1

Kachka was saying the obvious truth. For almost any country, including Ukraine with its vast grain exports, roads are simply incapable of replacing the sea for almost all international trade. Even if they can, road or air transport is much more expensive than sea transport, destroying much or all of the profit to be made from trade. 2

We cannot predict the wider effects of the blockade of Ukraine. In the short term the war in Ukraine is a much more immediate issue. Wars, however, have a habit of going on longer than expected. We may find that the loss of exports and earnings for Ukraine are a problem. We may also find there are unwanted effects on the countries that used to receive Ukrainian grain, or by price rises more generally. Similar shifts helped to trigger the Arab Spring.

Navies act every day to obstruct or protect shipping

Ukraine is just one example of attacks on shipping and actions to protect it. From 2019-22 we saw:

Britain is not immune from this. In 2019 the failure of a Royal Navy frigate to be in two places at the same time let the Iranians capture the British flagged tanker Stena Imperio, after the Royal Marines seized the sanction busting Iranian tanker Adrian Darya-1 in Gibraltar.

Obstructing shipping in a major war: China and Taiwan

Merchant shipping would be vital in any war over the Chinese wish to capture Taiwan. China imports over 70% of its oil and much of its food. Most of its necessary imports come through the Malacca strait between Malaysia and Indonesia. Action there to cut off Chinese shipping would have a serious and immediate effect. Hu Jintao, a former Chinese president, described this Chinese problem as the ‘Malacca dilemma’.

The Chinese ‘belt and road’ initiative, costing perhaps $8 trillion, is in large part an effort to solve the Malacca dilemma by building railways across Central Asia to ports such as Gwadar in Pakistan, which are outside the South China sea. The creation of a Chinese naval base in Djibouti, with a jetty large enough for an aircraft carrier, is part of this scheme, aiming to provide protection for shipping in the Indian Ocean. The importance of sea power is forcing the Chinese to spend lots of money they could use elsewhere. Looking at it a different way, the expansion in Chinese oil storage capacity is as important an indicator of their readiness to invade Taiwan as their construction of landing craft.

Another possible model for action against shipping in conflict, including against countries other than China, is the Iran-Iraq war in the 1980s in which both sides tried to destroy the other’s economy by attacking its shipping. Ports can also be attacked; the Russian landing to capture the Georgian port of Poti in 2014, attacks in Libya by different groups in 2016 and 2019, and the two alleged Israeli attacks on Latakia in Syria in 2021.

Why is the obstruction or protection of shipping often ignored?

Why are these interceptions of shipping so little known? Perhaps there is an element of sea blindness. Ports have moved out of the centres of our seaside cities and we now fly to troubled areas or on holiday rather than going by sea. As civilians we no longer regularly see the ships that make the global economy work, and which move the weapons and supplies needed for wars (including for the UK when we were fighting in land-locked Afghanistan).

Naval thinkers might also take some of the blame for not explaining the issue clearly. In particular the Second World War Battle of the Atlantic is too often used as an example. There are many useful points one can draw from that campaign, but to the uninitiated it can seem that we are fixating on something eight decades old.

The final reason that the struggle over shipping is so ignored may be precisely the reason why it happens so often. The sea is largely unclaimed so events can take place there without violating the territory of states. Attacks at sea are also largely out of sight of the public. This means that states and others can put pressure on each other at sea below the level of war and with limited attention.

The sea is vital in war. It is also the ultimate arena for deniable conflict.

Commander Andrew Livsey is currently the Royal Navy's Hudson Fellow with the Changing Character of War programme at Oxford University. He is a surface warfare officer who has served mainly in frigates, on most of the world's oceans. He has also been in charge of improving the Royal Navy's Principal Warfare Officer course and received the Sir Michael Howard Prize for best MA in Defence Studies at the Advanced Command and Staff Course in 2016-17.