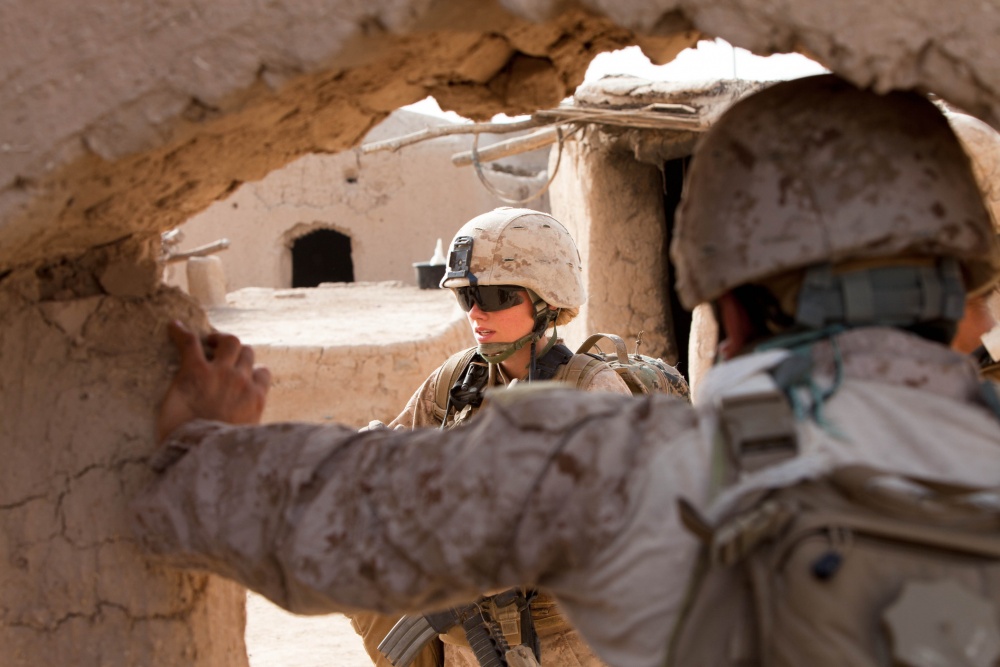 I am often asked if anything has changed since Fight Like A Girl– The Truth Behind How Women Marines Are Trained was published in April 2018. Although I can’t say that military culture has definitively evolved since the release of the book, I am proud to say that every day, because of increased awareness of the ingrained gender bias Marine women face, more and more male allies are coming forward to defend the performance and rights of female Marines whom they serve. But while this is a definite bright spot and is indicative of movement in the right direction, lasting change will only come when senior Marine leaders stop portraying hyper-masculine behaviour as a necessary component of the warrior ideal.

In a question and answer period following a recent speech to students at the Virginia Military Institute, former Marine and U.S. Secretary of Defense Jim Mattis characterised infantrymen as, “…cocky, they’re rambunctious, they’re necessarily macho and it’s the most primitive — I would say even evil environment.” It certainly wasn’t the first time a retired military officer had equated hyper-masculinity with being a warrior. In 2015, during the debate about the lifting of the ban on women in ground combat, one retired three-star Marine general wrote “…the mysterious chemistry that forms in an infantry unit that revels in the most crude and profane existence so that they may be more effective killers than their foe. Members of such units deliberately reduce the individual and collective level of humanity and avoid all distractions so that its actions are fundamental, instinctive, and coldly efficient. Polite company, private hygiene, and weakness all step aside.” Marine bravado aside, while some testosterone driven behaviour may be a good thing when it comes to war, anything extreme is bad.

As Kelly Kennedy and I write in Fight Like A Girl, the U.S. Marine Corps is the only branch of the U.S. military that continues to segregate men and women in entry level training. For decades, senior Marine leaders have defended the policy by stressing that women aren’t mentally and physically tough enough to train alongside their male counterparts. To be clear, there is no hard evidence to support this assertion, which means that sexist assumptions about women–not facts– continue to drive Marine Corps policy. In fact, several RAND Corporation studies have demonstrated that the integration of men and women in training results in better physical fitness outcomes for men and women and has no negative impact on unit cohesion and trust. Although the other services successfully integrated recruit training decades ago, the Marine Corps continues to maintain a policy that not only perpetuates negative stereotypes about women but preserves the hyper-masculine ideal of the warrior, with negative outcomes for men and women.

As one writer defined it, “Hyper-masculinity is the belief that in order to be a man you must in no way resemble a woman…”.  And in fact, for men in the Marine Corps, there is no greater insult than being compared to a woman. Women are associated with emotions and weakness, and so it is expected that male Marines project strength and dominance at all times. But at what cost? For Marine women, serving in an organization that never fully recognizes the value they bring to the table is bound to result in negative mental health outcomes. But for Marine men, who are discouraged from showing emotions and talking about their feelings, the consequences are even more dire.

Science has demonstrated that the more hyper-masculine the environment, the less likely men are to feel like they can approach others when they need help and the more likely they are to feel the need to exert dominance over women. In fact, research involving over 20,000 male subjects revealed that men who demonstrated hyper-masculine norms “not only harmed the women around them—they also exhibited significantly worse social functioning and psychological health.” The same is true in the Marine Corps, which, despite being the smallest of all of the services with the fewest women, has the highest rates of sexual harassment, assault, and retaliation of all branches of the U.S. military.

And the more hyper-masculine the service, the more prone its members are to demonstrate risky behaviours as demonstrated by  a recent RAND Corporation study of hazardous behaviour in the military. The data indicates that Marines are significantly more prone to taking risks that are detrimental to their physical and mental health, and therefore, their operational readiness. With its proud tradition as the toughest and most macho branch of the U.S. military, the Marine Corps leads the rest of the services in negative behaviours by men and women, including binge drinking, addiction to tobacco products, condomless sex, engaging in sex with multiple partners, exposure to sexually transmitted diseases, and unintended pregnancies.

There is no data available to determine the fiscal and operational impacts of hyper-masculinity and associated risky behaviour on military readiness. But what is clear is that a Marine who has an alcohol problem is not only unfit for deployment but stands a greater chance of committing alcohol related misconduct. Marines who use tobacco are not able to attain high levels of cardiovascular fitness and are more prone to cancer and upper respiratory disease. Marines who are exposed to sexually transmitted diseases often face lifelong health consequences and unintended pregnancies result in financial difficulties and negative mental health outcomes for parents and children. These don’t sound like warrior like characteristics to me. So why do senior military leaders continue to espouse hyper-masculine behaviours as necessary characteristics of the warrior brotherhood?

It is time for the Marine Corps to change. As one Harvard Business Review author noted in an article about the hard driving, hyper-masculine oil rig culture, “By creating conditions that focus people on the real requirements of the job, rather than on stereotypical images believed to equate with competence, organizations can free employees to do their best work.” Clearly, hyper-masculinity has negative consequences for Marine men and women. They question is when senior leaders like Mattis are going to stop conflating machismo with courage, ability, and strength. 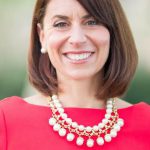 Kate Germano is the author of Fight Like A Girl: The Truth Behind How Female Marines Are Trained, co-written by Kelly Kennedy. Her writing on U.S. national security, gender, and leadership has been published in well known media outlets to include the New York Times, Time magazine, U.S. News and World Report, and the Washington Post. She has also been featured on NPR, Vice News Tonight, C-SPAN, and the PBS NewsHour