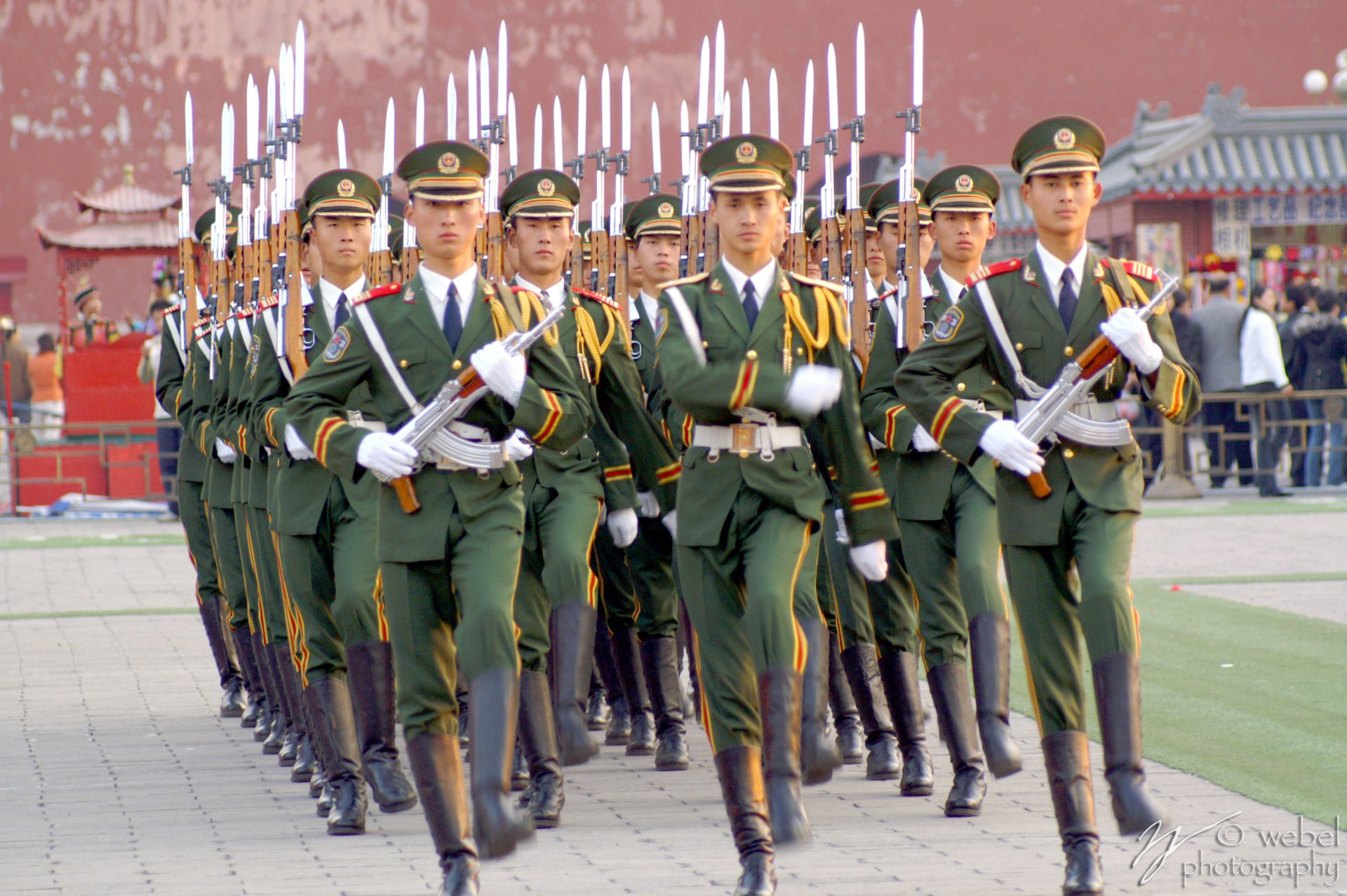 Power and the money, money and the power

Minute after minute, hour after hour

but half of them ain’t lookin’

but I don’t know what’s cookin’

Imagine the outrage if Russia suddenly started producing nearly all of our micro-processors, if cabinet ministers were married to Russians, if Russia started building naval bases and airstrips near some of the busiest shipping lanes in the world, if we welcomed Putin to the UK with the warm open arms of a state visit. Whilst this was happening in plain sight, imagine if we instead focused our conceptual and physical fighting power on the Chinese forces of the late 1980s. It is so hard to imagine that it sounds ridiculous, but when the names of the two countries are swapped back it is business as usual.

The People’s Republic of China is undoubtedly going to become the next global superpower and yet China seems to be the dragon in the room that no one is willing to engage or even discuss. The Chinese dragon is clearly becoming a threat, it is currently an adversary and in the near future will most likely become the enemy. There are two main factors that show China is a threat: its money and its political power.

“Money on my mind”

China has the world’s largest economy, it is the largest exporter and trader, it is the second largest importer, and is the largest trading partner of 130 countries (including the US). This wealth is already being converted into soft power through China’s neo-colonialism in Africa. Large, financially doomed, ‘no strings’ investments in infrastructure projects deemed too risky for the West have translated directly to political power on the world stage of the UN. China’s sphere of influence is already growing at an alarming rate, with so many countries now relying on Chinese money for their own prosperity.

This vast wealth does not only buy soft power support, worryingly for UK defence it also buys power in the conventional form of military hardware. At a time of savage defence cuts for the UK, China has invested heavily. Recent sharpening of the claws has seen the domestic development of hypersonic missiles, aircraft carriers and the suspiciously familiar Chengdu J-20 5th generation stealth fighter. These are all signs that China has rapidly overtaken the UK to become a peer-plus enemy. This combination of hard and soft power has meant the reach of the Chinese dragon is greater than ever.

“Been spendin’ most their lives livin’ in [Xi Jiping’s] paradise”

China’s political system is not a threat in itself, however it means that China enjoys a far greater freedom of action with regards to defence and foreign policy, this contributes to the threat. Chinese defence policy is not constrained politically, it has almost complete freedom of action domestically speaking. Xi Jiping is now the “eternal  President” of the People’s Republic and chairman of the central military commission (commander-in-chief PLA). This non-democratic leadership with no term limits allows for extremely long term planning, something not enjoyed in the Western world since the collapse of absolute monarchies.

Xi has grand plans for the protection and rise to dominance of the Han Chinese and no electorate is going to get in the way.  Chinese defence and foreign policy does not have to worry about pesky public opinion, a factor that has caused crippling political indecision with regards to UK defence and foreign policy in the past few years. As long as Chinese the workers flocking to packed cities continue to enjoy an increasing quality of life in the pursuit of Xi’s Chinese dream, they represent no threat to China.

It is obvious that as China becomes industrialised it will struggle to sustain the current level of growth. China is again already using ‘soft’ methods of expansion, through the migration of workers into both neighbouring and far countries. It has taken tentative steps into physically expanding the in the traditional superpower way, reflected in both in the concrete atolls of the South China sea and through its first overseas military base in Djibouti.

This need to show absolute concrete power wielded by the leader of China is a threat not only to the UK but international order as well. China’s recent build up in the Spratly Islands is a clear sign of intent. The Chinese control of the Spratly islands, with China deciding who can use the waterways, represents a serious danger to one of world’s most important shipping routes that is busier than the Suez and Panama canals combined. The economies of many countries depend on open access to these shipping lanes and now China has the potential to bend the will of these countries, potentially turning them against the UK and our traditional allies.

This paints a picture of a country hungry for growth, forced to expand to prevent self-eating, with the money and control needed to make it a reality.  It appears to only be a matter of time before China does –intentionally or not- over step the mark, leading to the need for direct confrontation. The potential cause of this could be wide ranging. From blockading an uncooperative country by sea, to a financial crisis caused by trade wars forcing the Chinese leadership to use military action to unite the country.  The key point here is that whatever will be the cause of the direct confrontation, the UK armed forces are in no state to stand our ground.

“Tell me why are we so blind to see that the ones we hurt are you and me?”

Despite these impressive stats and having clear hunger for growth China is still being ignored by those making decisions about British defence. The whole of the ‘West’, from NATO down to individual country’s armed forces seems to have a form of organisational short-sightedness and nostalgia that is preventing them from engaging to any degree with China.  The focus still remains on Fulda and Fallujah instead of Fujian.

Those who cannot face reality will say that the PLA is, barring a few border skirmishes largely untested, having enjoyed over 50 years of peace. That the PLA is not even mechanised and there is no easy overland route to central Europe. They seem to lie to themselves saying that Russia is a closer more imminent threat.

Russia certainly is a threat, it has tried very hard to make this apparent with recent actions in Ukraine and Crimea. However it may be the case that the bear’s roar is worse than its wrath. Russia is arguably a hollow threat with no financial reinforcement, who is only able to reach out credibly at a regional level. This does’t appear to be the case with China, who is very well resourced.

Russia’s cyber-attacks are nearly always noticed and met with calls for a response. However state sponsored Chinese hackers steal information from the secretive heart of British military industry with impunity. Years of this type of activity has meant that that fifth generation stealth technology is potentially already obsolete. Our Cyber capabilities are currently too far behind, it may be time to implement some radical ideas to counter the massive cyber threat.

“They say I gotta learn, but nobody’s here to teach me If they can’t understand it, how can they reach me?”

It is a lot easier for those who make decisions to face the threat of a poor worn out Russian bear than a growing hungry Chinese dragon. Nearly all conventional doctrine, equipment and training is still based on a long and arguably outdated cold war threat.

It is clear that there needs to be a change to in the current mind-set of the UK Armed Forces. For this to be effective, change needs to happen at the highest and lowest level simultaneously. The easiest way to implement this change in mind-set is to initiate a change in training.  Others have already suggested ways in which training can more accurately reflect the current threats. Ideally the UK armed forces need to recycle the largest cold war exercises and address the doctrine and technology levels that the Chinese possess and demonstrate instead of the Russians.

An unpopular approach for the short-term thinking governments of the UK, there also needs to be a Keynesian level of investment in UK armed forces capabilities focusing on Cyber, Navy, Air force and then Army in respective priority. These priorities reflect the order in which we will encounter China. As illustrated by  Chinese state sponsored hacking, we are already ‘engaged’ with our new enemy in the cyber domain. Next the Spratly Islands show that it will most likely be in the shipping lanes of the world that the first actual shots of any conflict are fired. Our new aircraft carriers are a delayed but promising start to meet the need of investment in a blue water navy to match that of China. Finally a cutting edge air force and army will show the Chinese we are not prepared to let their global domination go unchallenged.

Before we even start considering tackling the Chinese dragon we would need: large scale investments in our armed forces, a huge restructuring of deployable elements, overall expansion and a lot of costly innovation. With little popular support from the electorate, armed forces being cut the to the marrow and a lack of long term vision, it is easy to see why those in charge of making decisions continue to ignore China.

Oliver has several years of technical and communications based leadership experience, both overseas and in the UK.

An Open Letter to Director Engagement and Communications