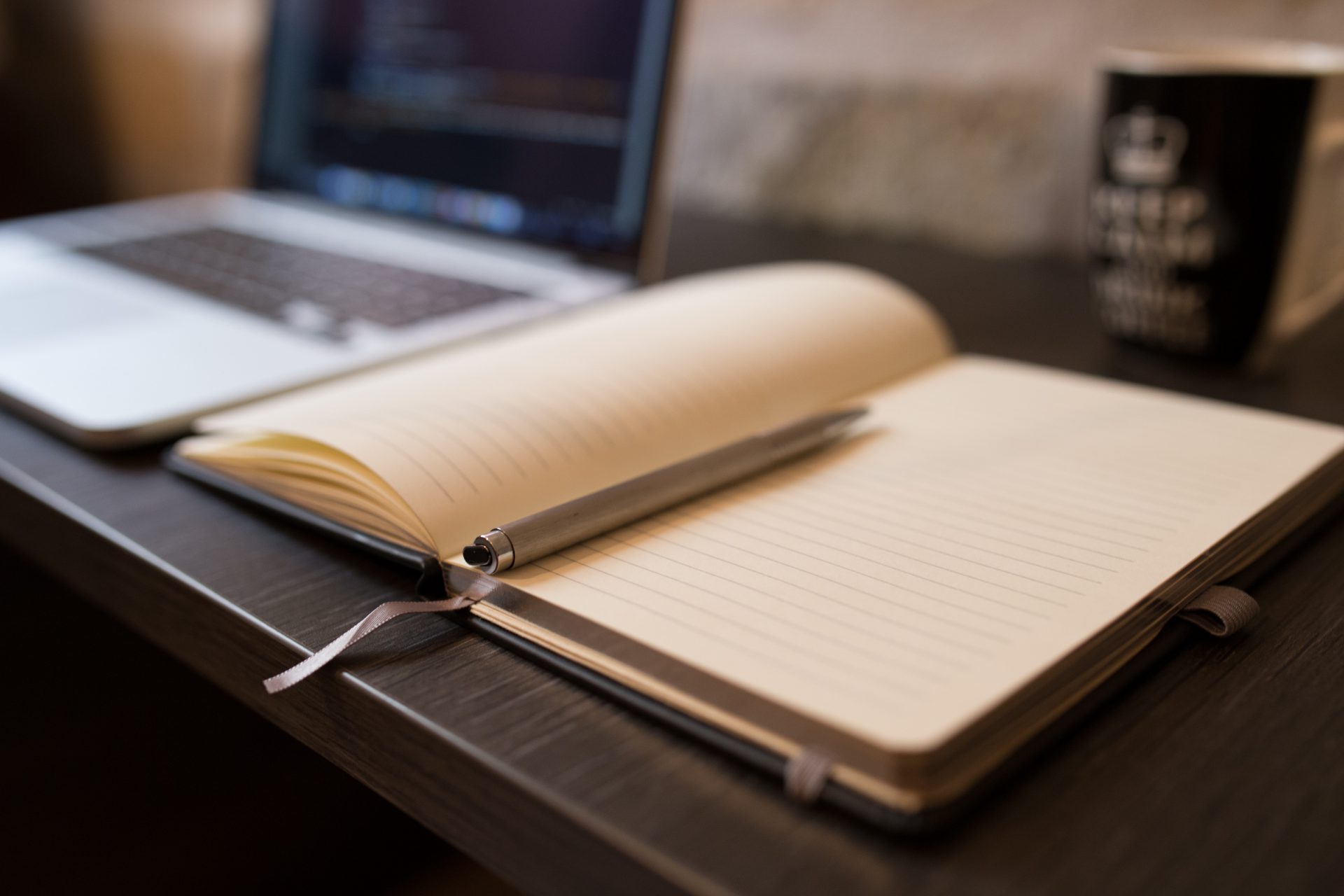 UK defence blogging is growing in strength and popularity, and the Wavell Room has been instrumental in helping push both acceptance and legitimacy of the role of the British Military Blogger as an entity that can communicate the role of the Armed Forces, debate thorny issues and show loyal dissent to encourage debate about how things could be done differently.

But blogging is not easy or straightforward though, and for every blog that succeeds, many fail. I want to use this article to set out what has worked for me, and my thoughts on what anyone thinking of blogging needs to consider.

Why do you want to blog?

Many people toy with the idea of doing a blog, often setting it up and putting an article or two up, then run dry of ideas. The internet is awash with abandoned blogs that promised much but never delivered.  Before even starting a blog up, ask yourself what is it you want to blog for, and for how long do you want to do it? Ask yourself the fundamental question – what am I trying to communicate here and why? Can you explain to yourself why you want to commit your own time to writing articles and who you think may read them? Why do you want to do this?

I began blogging in 2011, driven by a deep frustration at what I felt was a lamentable state of coverage about Defence in the UK media. In most mainstream publications the role of Defence correspondent seemed to involve writing articles bashing the MOD, complaining that our ‘brave boys’ were being seen off due to unacceptable failings by pinstriped civil servants who were remote from the reality of the front lines. To try and counter this state of mind I began to write ‘Thin Pinstriped Line’ blog to make the positive case for Defence.

Everyone will have a different idea of what they want to write, but it could be that your idea is less a blog, but maybe a couple of articles that could be hosted elsewhere. Before you even write that first article, think carefully about whether it’s a blog, or something you could offer to Wavell Room or the British Army Review or a Regimental Journal.

Can You Safely Blog?

There are many examples of employees using the internet to rant about their employer, only to find themselves disciplined or fired. Think carefully about what you want to say and how you want to say it.  If you are a serving soldier wanting to write a damning expose of how dreadful everything is from your perspective, remember that the internet is not anonymous, and you are easier to spot than you might realise. Ask yourself, do you want to write to moan and if so, is the Internet really the place to do it or should you use the Chain of Command?

Working with the Armed Forces means you will usually have access to privileged information ranging from commercial contracts through to operational planning or intelligence reports. If you want to blog, think carefully about your subject and be certain that in writing an article, you won’t compromise this.

Finally, are you in a position that means your blogs could cause reputational or professional embarrassment if you were publicly exposed? Once an article is up, anyone can read it – how would you feel if you got a phone call from a tabloid reporter asking whether you meant what you said in your article ahead of tomorrow’s front page scoop?

Much of the print media relies on salacious stories originating online to generate their own articles. To the press, anyone above Lance Corporal is a ‘senior military source’ and your blog article is fair game to be turned into a story. For years the ARRSE website has generated story after story for the media, by reporters trawling threads for an easy headline.

You will want to think about whether you go ‘on the record’ or blog anonymously. There are merits to both cases – a ‘declared’ blog gains you the credit and reputation. But the pitfalls if you say something that goes down poorly are potentially significant. An anonymous blog allows you to be more frank, albeit without having the opportunity to gain credit for your work. If in doubt though – refer to Army social media policy for a steer here.

When Can You Blog?

Blogging is time consuming and it requires a significant effort to keep a blog going for the long haul. You need to establish your battle rhythm early to know what you want to write, how often you want to publish and communicate this to your followers.

From the start Thin Pinstriped Line has never had a fixed publication schedule. I write on issues that genuinely interest me and where I feel I can add value to a debate. My articles tend to be media driven, responding to articles or trending issues and being published on an ad hoc basis. I also prefer to not get it peer reviewed as I find pushing a timely blog out doesn’t work well when waiting to get comments back.  You need to find a routine that works for you – otherwise your blog will fail.

How Will You Communicate?

Having a blog up and running is the first step in the process, but you need to acquire a readership. The easiest way to do this is to use social media to engage with people, post your blog links and encourage them to read it too.

There is an entire article to be written on the power of social media, but, simply put if you want your blog to be read, you need to be ready to engage openly via channels like Twitter. Know your audience, know where they are likely to be found (e.g. snapchat, twitter, Facebook etc.) and go out and engage with them.

One way to build a following is to have an active twitter account that follows the vibrant UK defence twitter community out there which is genuinely supportive of new bloggers. Twitter is particularly powerful, but be wary of how you tweet, what you retweet and remember that once you tweet something, it is very difficult to pull it back. Hard won reputations can be lost in seconds if you tweet in anger or alcohol induced frustration.

Think very carefully about the name you tweet under, and how much personal information you reveal through it. Ask yourself too whether you would be comfortable having an interview with your chain of command about your tweeting activity – if the answer is ‘no’ then you’re probably doing something wrong.

Be in no doubt, keeping a blog going is hard work – it requires a lot of thinking and writing time to do well. As your blog and social media presence grow, so too does the time spent on the blog. So why do it?

For me it is the opportunity to set out my case that the UK is more potent than we give ourselves credit for and that we have a strong ‘good news’ story to tell. I like countering the narrative of decline and correcting hyperbole. The satisfaction comes from pushing an article out there that demolishes inaccurate claims, counters the prevailing narrative and tries to set out a more balanced approach. This was most powerfully seen on articles that I wrote about the UK Response to Hurricane Irma and the suggestion that the new carrier ‘HMS QUEEN ELIZABETH’ was flooding.

Both articles tried to push a more nuanced line than ‘MOD has messed up again’ and had a very wide reach. The satisfaction came from seeing people more widely on the net and beyond go from saying ‘well of course the MOD has messed up’ to ‘actually the UK and MOD have done rather well here’.

I also enjoy writing articles that seem to allow my voice to be heard in a way that wasn’t possible when I worked for MOD. I was a very anonymous MOD civil servant and had practically no exposure to any senior figures.  It’s nice to hear feedback that the articles I write are read and listened to by senior people whose judgement and opinion I respect and value.

Blogging provides the military blogger in a very strict hierarchy the chance to communicate their story in a way that can get it heard without it being watered down or lost. Of course this only happens if you write material that is worth reading – angry baseless rants about how something is rubbish will rarely gain much traction. Treat your desire to write as an opportunity to shape and influence the people you want to speak to – write the article in a way that puts across the points you’d make if you could have a direct and honest conversation with them.

Every blog has a final article – but only you will know when that is. There will come a point when it’s better to stop than carry on. Understanding this is essential to successfully blogging. Many good blogs outlive their welcome, going from being cutting edge to a bit bloated and stale. I’ve always said that I will continue to blog for as long as my personal circumstances permit and I have something of value to add. Better to exit on a high, than be booed off the stage. Always have an exit strategy…