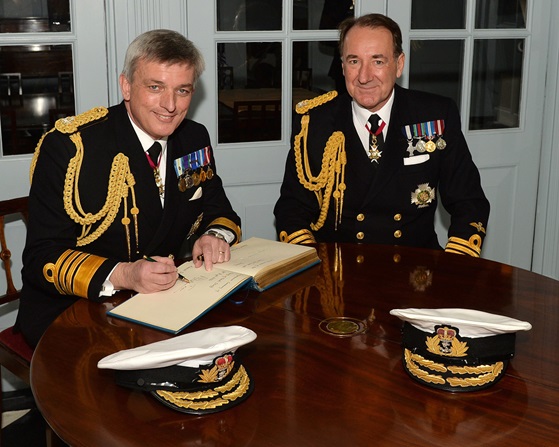 The Chief Executive and Chairman of British Airways is Spanish businessman called Álex Cruz de Llano. Although he has a degree in Industrial Engineering he has spent his entire career managing the businesses of major Airlines.  There is no suggestion in any online biography (that the author could find) that he is a pilot of any description, even as a hobby, let alone an airline captain.  Having checked the biographies of the Chairmen of each of the 20 Premier League football clubs, the author could similarly find no evidence (albeit a cursory search of the Wikipedia profiles doesn’t necessarily preclude it completely) that any of them have played professional football at all, much less in the Premier League itself.  Whilst this is a small sample, there appears to be a strong trend that large, high performing organisations are not led by people who are necessarily practitioners in the business at which their organisation excels.

There are plenty of similar examples and, indeed, apparently few sectors of the economy where the opposite is true.  The deduction from this would seem to be that the skills required for strategic leadership of such organisations are different to those required to manage that actual operational activity of the organisation.  The Armed Forces appear to be an exception and this short article will examine why that is so and if, in the modern context, this should remain the case with the associated costs and opportunities.

The author would like to make it clear right up front that this is not a criticism or critique of any individual senior officer or their appointment; the author is neither qualified nor placed to offer such judgments.  Rather, it is a look at the strengths and weaknesses of the system, changes to which may offer the opportunity improve the overall strength of Service leadership in general.

A logical system based on centuries of success?

The Officer Corps of the Armed Forces are, almost exclusively, bottom fed organisations where officers work their way up in systems that rely on demonstrating merit for progression.  Increasingly, however, competence in a particular Career Field1 is becoming a driver for advancement, as opposed to the pure order of merit for officer promotions. This is particularly true in what is known as the second stage career ie beyond the point at which one has generally completed unit command or the professional equivalent.

The received wisdom is that the head of any of the Armed Forces must be someone who has had front-line command of a combat unit and thus, in the modern lexicon, is proficient in the ‘operations’ career field.  For many in the Royal Navy, for example, the idea that the First Sea Lord2 (1SL) could be anything other than an officer that has commanded a ship or submarine at sea is an anathema.  The Royal Navy has functioned perfectly well for centuries, as the most successful fighting force in human history, on the basis that 1SL is a natural progression from command of ships, squadrons, flotillas and fleets to command of the Royal Navy itself. The Heads of Service exercise “Full Command”3 over the members of their Service.  Thus, “the First Sea Lord is responsible and accountable for:

Command is a uniquely military phenomenon (although mirrored in other disciplined organisations such as the police and security services) and is defined as: “the authority vested in an individual of the armed forces for the direction, co-ordination and control of military forces.5”  Whilst all employees are required to follow lawful and reasonable instructions from their employers, it is the lawful compulsion of those subordinated by the authority of military command, including unlimited liability in exposure to personal hazards, that make the nature of military command unique.

The rational thus goes that only an individual who has exercised command at the unit (tactical) level, and preferably at the operational level too, can credibly and morally exercise this authority at the strategic level.  That the very purpose of the Royal Navy is to deliver military effect in and from the maritime environment means that only an officer who has commanded a unit that performs this function can credibly command the Service that delivers this for the nation. The delivery of the Service’s fighting effectiveness and advice to the Chief of Defence Staff on naval and maritime matters must, ergo, be a member of the Warfare Branch of the Service.  Case closed.

Round pegs for round holes?

Well, perhaps. But there are costs to this approach. Given that the Service is a bottom fed organisation, the personnel system of the Navy needs to generate a new 1SL about every three years.  In effect, and viewed from a certain perspective, everyone else is simply collateral damage.  This means, therefore, that those jobs in the layers below the Head of Service need to be populated with a preponderance of those qualified for the top job to generate sufficient competition and resilience in the senior reaches of the Service. But given the span of 1SL’s responsibilities, across all of the functions necessary to deliver the fighting effectiveness of the Service, is it reasonable to assume that those who have exercised tactical command are always the best suited to these roles?  The author believes not.  In any case, the operational expertise vested in the Maritime Forces’ Chain of Command: Fleet Commander, Commander Maritime Forces and Commander Operations means that they are able to advise the head of Service on such matters in exactly the same way as the Second Sea Lord (2SL), supported by the Assistant Chiefs of Naval Staff, advises on policy, personnel, capability development and management, acquisition, training and so on.

Giving up on the assumption that 1SL must be a Warfare Officer would introduce greater freedom into the ‘Flag Plot’ to ensure that the Naval Service truly had the best people available for the job in leading the key business areas of the Navy, rather than those for whom such roles are a stepping stone for the top job.  As with all things, a balance is required but such an approach offers the opportunity to improve the diversity, range and depth of professional competence of the Service’s leadership.

The nature of Command

If the head of Service job was opened up in this way though, could it be performed by someone who had not come up through the system at all?  A Chief Executive Officer brought in from outside the Service perhaps?  The author would argue not.  Given the nature of unlimited liability of those subordinated to command, for an individual who had not served in a front-line unit to hold the moral authority and credibility to do so would be nigh on impossible.  And yet, the vast majority of Service personnel have served ‘in harm’s way’ and therefore have shared the associated hazards and privations, to a greater or lesser extent.  The moral argument, therefore, that you must have “been there” to have the necessary credibility to command others to “go there” is inherent to all who have served.

Additionally, all military officers, of whatever Service, have exercised a level of command.  The Royal Navy makes a distinction between military command and sea command, the latter being the preserve of Warfare Officers. But why is sea command the test?  The First Sea Lord exercises full command of the Naval Service and this includes all of the fighting arms: General Service (Surface Ships), the Submarine Service, the Fleet Air Arm, the Royal Marines and the Royal Fleet Auxiliary.  If it follows that one cannot exercise command of the Naval Service without proficiency of commanding a ship (or submarine), how is it that the same individual can command the Royal Marines without being a Commando or having served in that frontline role?  “Ah, but….” say the proponents “it’s about having commanded a frontline unit, not necessarily at sea.”  But if that is the case, what makes the unit the level of distinction as opposed to, say, a Task Group, Flotilla or a Brigade?  Or in the other direction, a sub-unit or sea-going department?  Many of the roles that the Royal Navy deems do not constitute as ‘command’ roles are considered as such by the Army and RAF for their equivalent function.  Furthermore, not all unit commands are the same, present the same challenge or, most importantly, the same experiential opportunities. It makes it challenging to defend as the single qualifying criteria.  The Author is not arguing that command of front-line units or Task Groups are not valuable or desirable things for a 1SL to have done, but simply that they need not be pre-requisites and therefore should not be drivers of the Navy’s senior appointing system.

The final point is that what gets you there isn’t necessarily what makes you successful there.  The skills of strategic leadership are not merely those of tactical and operational level command exercised at the next level.  It is a different skill set, as evidenced by the lack of practitioners in the strategic leadership of large corporations and other high performing organisations.  Indeed, in the military context, General Eisenhower, Supreme Allied Commander on D-Day in 1944, “had never held an active command and was far from being considered as a potential commander of major operations6” prior to American involvement in the war.  Eisenhower had his detractors, to be sure, but there is no doubt that his strategic leadership was successful.  Given that the peacetime system promotes on merit, it can be deduced that those promoted are those that out-perform their peer group at the lower levels and are recognised as such by their superiors (who will often seek to champion those in their own image).  Acknowledging that this does not, de facto, make for officers competent to lead major business areas of the Service at the strategic level or, necessarily, to be its head would mean changing the system in the way suggested in this article, allowing a greater depth and range of expertise to be harnessed at senior leadership levels in the Service.

In conclusion, the author thinks it unlikely that an officer other than one with front-line sea command (or Royal Marines command) experience would be able to make a compelling case become a First Sea Lord anytime soon.  However, it is in the Service’s interest to be open-minded about such a possibility.  There are many exceptional officers from all branches of the Naval Service; and the Navy, especially in an era that demands increasing professional competence across its full span of activities, should not close off opportunities for the best strategic leaders to emerge, whatever their professional background.  Changing the underpinning assumption, that only Warfare Officers are eligible to be 1SL, could bring increased diversity, professional expertise and allow a greater range of competition for the top job.  If, even given this evolution, it was always Warfare Officers that turned out to be best suited for the Head of Service role then nothing is lost in changing the assumption. If someone more suitable comes along then making them eligible is in the Service’s best interest in any case.  It’s a win/win proposition.