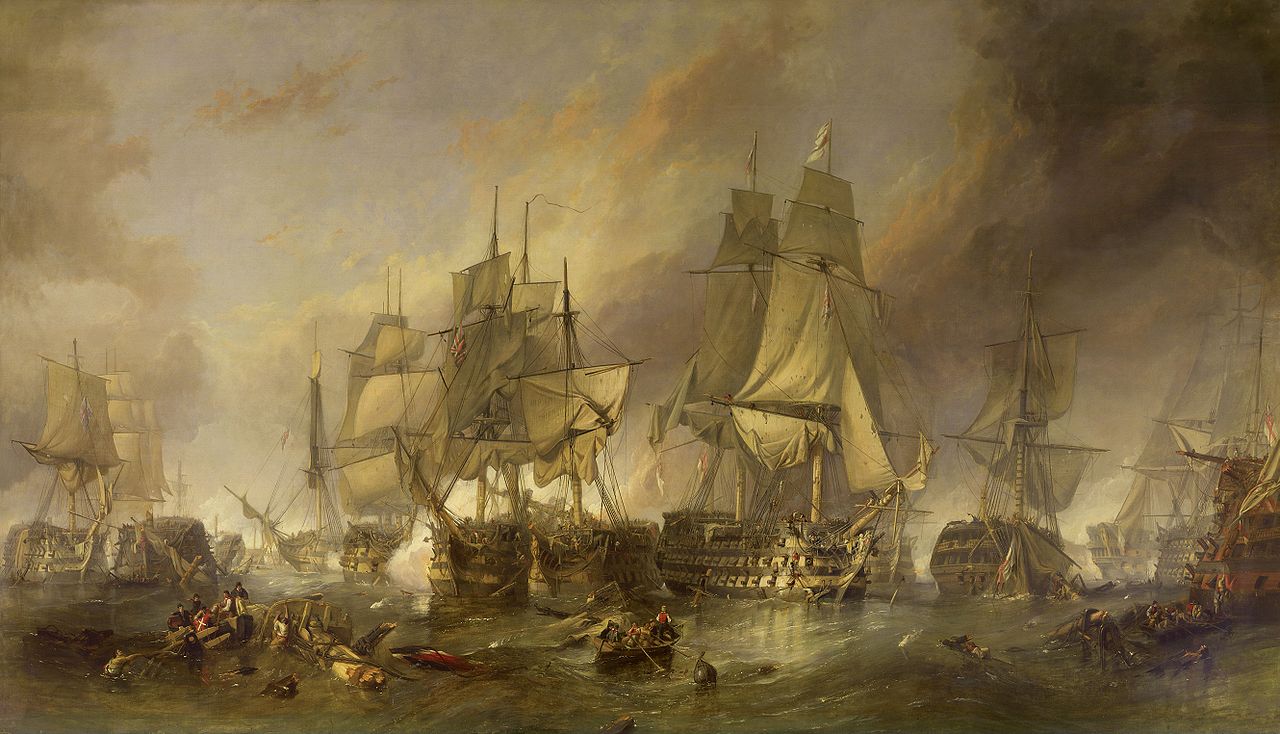 The Battle of Trafalgar had just been won.  HMS Pickle’s Commanding Officer was entrusted with the delivery of a note, conveying news of the victory, to The Admiralty.  He took a quick snapshot of himself with the document and sent it to the Lieutenants’ WhatsApp group, along with a couple of smug messages regarding his inevitable promotion.  The recipients wasted no time in turning these into comedy memes on Snapchat, and distributing them further.  A Midshipman tweeted a steely-looking selfie, tagging his mum and the BBC.  Two Able Ratings were live-streaming the smouldering remnants of the French fleet via both Facebook and Periscope, while a Sky News drone flew overhead.

External Communications; Are we maximising engagement or fuelling further disengagement?

External communication has become increasingly complex.  Historically, the limited channels were controlled by a small number of people and content disseminated at a comparatively lumbering pace.  It was easier to both control the release of information and to direct it at specific target audiences.  News only travelled as fast as a person or vehicle, and a senior officer could quite reasonably expect to see a particular story on the front cover of his preferred newspaper. 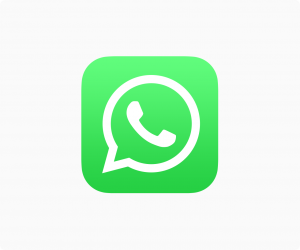 Much has changed.  Personal Electronic Devices (PEDs) and social media platforms enable us to connect with a large number of people and the delineation between different stakeholder groups is not absolute, with many of us belonging to several.  Communication channels are widely accessible and interests and education levels are not easily generalisable within social groups.  It is not possible to accurately predict what sort of news any individual will access, and a simple screenshot makes it less relevant anyway; a single person spotting an item of note is enough to result in it being loaded into the barrel of a smart phone and launched to peers, family, friends and on-line followers worldwide.

The separation of corporate communication into ‘internal’ and ‘external’ does not align with this more inter-connected environment, however alternative models of simply combining the two are likely too simplistic for the Armed Forces.  Security dictates that we will always require an internal channel but beyond that, could or should we consider everyone (including Service Personnel themselves) to be an external audience?  Is it possible, or indeed imperative, to engage all stakeholders and audiences simultaneously?

Know Your Targets: Who Are You Communicating With and Why?

The Royal Navy’s target audiences can broadly be broken down into five groups.  They comprise ‘decision makers’ such as ministers; ‘opinion leaders’ which can include academics, prominent business leaders and coalition partners; the ‘wider service diaspora’ of service families, veterans and charities; ‘media advocates’ who are able to convey external communication to a wider audience and ‘youth’ which focusses on those who are within the recruitment age range (noting that this extends into the late 30s in some cases).  These groups are inherently fluid.  The Ministry Of Defence (MOD), for example, can be ‘the organisation’ (the deliverer of communication) in some contexts but may equally be a key audience for receipt of upward communication from a single Service keen to demonstrate that it is a priority for resources.  Service Personnel can generate content, feature in content, be the vessel through which that content is channeled or indeed the intended recipient of it.  Its complexity defies any algorithm.

To coordinate so many interests would be a huge undertaking against a static backdrop.  To do so in the face of significant variables such as the economy, employment market, the election cycle and international politics seems improbable but this is, nonetheless, the aspiration.

The Truth, The Whole Truth….

We have been described as being in a ‘post truth’ era, and terms such as ‘fake news’ and ‘disinformation’ feature readily in public discourse.  The internet (and in particular social media) has decreased organisational control of narratives while increasing the level of scrutiny under which they are placed, particularly by employees. Of those service people who responded to the 2018 Armed Forces Continuous Attitudes Survey (AFCAS) 77% did not agree that senior leaders understand and represent their interests.  Service Personnel and their families are the groups which are most likely to be detect any discord between external messaging and the lived experience.  The stakes are particularly high here and it is an area in which the RN’s margin for error is small.  Much focus is placed on recruitment, however an emphasis on retention is also necessary; turning up the tap will not fix holes in the hosepipe.

The seeds of discontent

How might external communication be contributing to this discontented view amongst a traditionally internal audience?  A recent MOD example is found in ‘manpower shortage’ stories in both mainstream media and online blogs.  The sterile ‘MOD spokesperson’ response was that “The military has enough personnel to meet all its operational requirements, including being active on 25 operations in 30 countries throughout the world.”  At whom was this statement directed?  While there may be a need to convey a message of strength to potential adversaries, or a desire to present a particular position to politicians, that a simple click on this link takes readers to publicly available government statistics undermines its credibility.  Furthermore, for those sailors operating in ‘gapped’ departments and conducting additional work on a discretionary basis, one of two possible conclusions is likely; that the communication is dishonest, or that the issuing authority does not have an accurate appreciation of the lived experience of its people.  If, in the quest to influence the external power brokers, the trust of our own people is lost, is it a worthwhile endeavour?

How Do We Command the Communication ‘Front Line’?

The Directorate of Defence Communication (DDC) sits above single-Service teams.  Communication at this higher level is not a new discussion topic and readers who would like further background may be interested in the 2015 Government Communication Service report “Defence communications: capability; structure; resourcing; and reform” and opinion pieces ‘How Not To Do Defence Media’ and ‘An Open Letter to Director Engagement and Communication’.  Beneath DDC, for the Naval Service, sits the Royal Navy Media, Communications and Engagement (RNMC&E) team.

The information domain, and in particular the cyber element, is increasingly regarded as a ‘battlefield’.  In a kinetic battle, ‘mission command’ applies and allows for local decisions to be taken at the most junior level, in support of Command intent.  The same needs to apply to the communication domain.  From individuals’ accounts to ‘troll farms’, decision-makers, opinion-leaders and potential adversaries communicate rapidly.  Service People themselves can do the same.  Flanked by dynamic responses, does the desire for control, something which will arguably never be achieved in an online context, limit MOD level communication in the middle?  Having interesting content staffed down to ‘beige’ reduces its appeal.  Having to wait days for clearance, up to the most senior levels, stifles initiative and diminishes effect.

Force Multipliers: The power of Trust and Delegation

In spite of the higher level constraints placed on them RNMC&E have, I believe, been Defence leaders in social media terms.  They have gained ground and occupied it admirably.  They have encouraged autonomous ownership of accounts at Unit level, with just enough guidance to stay out of trouble.  They have allowed those operating the accounts, which ranges from Junior Rate to Commanding Officer, to get creative and take pride in this discretionary role.  If something doesn’t quite go to plan, constructive feedback (rather than a ‘re-brief’) is received.  This culture of trust gives account operators the shelter with which to experiment and learn and the end result is some fantastically entertaining and informative content, which hits an array of stakeholder objectives, while also engaging Service people.

Excellent examples of this are the HMS Enterprise (@HMSEnterprise) and HMS Queen Elizabeth (@HMSQNLZ) Twitter accounts.  Could this approach be extended to other external methods of communication across Defence?  Could RNMC&E themselves be given more autonomy?  While there is a degree of risk attached to speed, I would argue that it is necessary and proportionate in order to gain the information advantage.  I doubt that Admiral Lord Nelson envisaged being quoted in this context but “Time is everything; five minutes make the difference between victory and defeat.”  Where news is not quickly supplied by a credible source the void will be filled by others which are less so.  Even when it is supplied at speed, it is in competition with a cacophony of other communication ‘noise’.1

Loosening constraints and embracing speed allows for communication to take place more readily.  Authenticity is the enabler.  If communication is authentic there is an increased likelihood of congruent messaging across the organisation while also prioritising engagement with a shortage resource; our own people.  Would it have been so radical for the MOD to state that ‘we are currently undermanned and have measures in place to address this; in the interim, the dedication and professionalism of our men and women means that we continue to meet all operational requirements in 30 countries globally’.  More communication freedom needs to be granted to our Services, Units and people. They’re ready for it, and Defence needs it.

The British Way of War – Balancing Fire and Manoeuvre for Warfighting