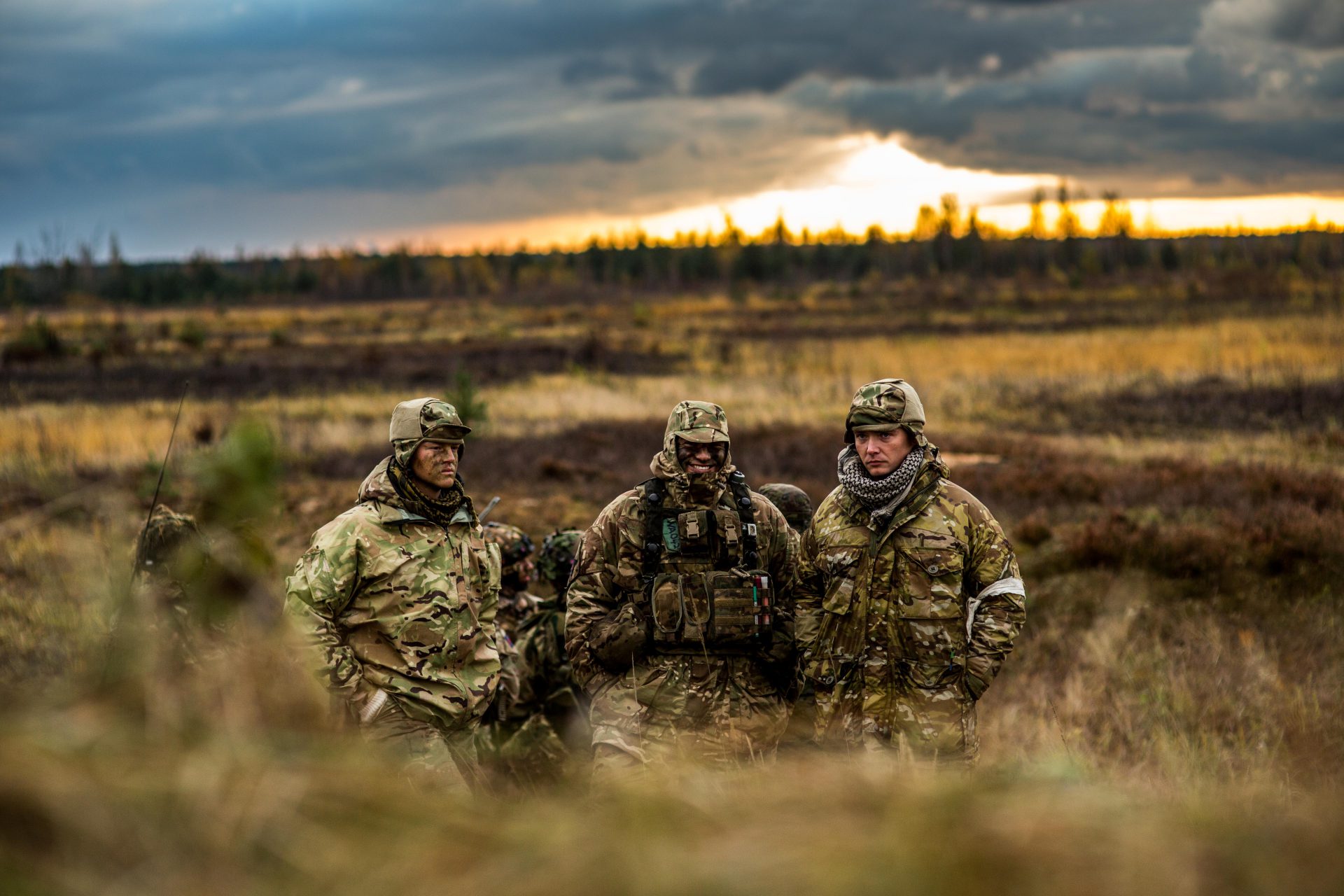 The Army has a problem with its perception in the public.  In my previous article “Winning the Narrative” I mentioned “Soldiers are victims”.  This view has been partly formed by the coverage of Operations HERRICK and TELIC.  But this is not the only negative perception the public has of the Army.  How do I know this?  Put simply, I do not spend my spare time near Super Garrisons.  I play social 5 aside football in my home town and rugby and cricket at the weekends for the same clubs since I was 11 years old.  I have a local pub which my two brothers frequent and which I previously worked in.  Of my school year 30% still live in the local area.  If a consultancy firm were to brand this activity I would not be surprised if they called in “Subconscious community engagement”.  It’s not.  It’s my reality, and the reality of countless others.  The only difference being that I have defined it.

I acknowledge I am in a fortunate position, being able to weekly commute and take part in such activities.  But the constant “Subconscious community engagement” means that when I converse with people and the subject of the Army comes up I am repeatedly having to fight the same negative narratives.  The three most common themes are; National Service should be reintroduced, the Officer Corps consists of General Melchetts and Lt Georges and the Army is rife with bullying.  These three themes will be referred to at Blackadder, Bad Lads and Bullies.

Recently the Army has made an effort to challenge the stereotypical image of mad and bad veterans,1highlighted that the Army is a meritocracy and announced its efforts to right the wrongs of Deepcut.  But the statistics and narrative do not make headlines. The Army has; a brand, a message, mass and activity that could be far better used to increase engagement with minimal extra resource and some minor adjustment.  This article will identify what can be improved and what should be changed in order to challenge the negative themes.

The most modern and arguably effective ways to engage is through Social Media.  Social Media has swung elections, sparked revolution and infiltrated every facet of modern day life.  Far too often the Army’s messaging is failing to reach and engage with audiences.  Yes, “follower” statistics can be quoted, “likes” counted and “retweets” boasted.  But for all the “retweeters” and “likers” of these, not many are new. I know its not hard evidence, but in a quick check I conducted looking at a sample of 10 Unit Twitter accounts, I found  no attempt to Tweet outside of their Corps or Regiment was made.  These leads me to conclude that the bulk of messaging, engagement and interaction is not reaching beyond those who are already engaged with the Army.

Put cynically; the posts of these accounts are publicising OJAR moments and not genuine attempts to engage.  They need not be.  The posts are good, they demonstrate soldiering, adventure, fun, sports, study days, diversity etc.  Exactly the sort of thing that challenges the common negative themes.  The solution is simple.  All that is required is for the users to expand their following and “tag” people outside of their ‘Armycentric’ echo chamber.  If users exploit their regional alignments by following local newspapers, sports clubs, further education colleges, schools, universities etc.  The messaging will spread further.  Once done users then accept, with discretion, the recommended other users, which are automatically generated.

You will be pleased to read that is where the advice on Social media ends and the next part begins.  As an organisation the Army is comfortable with the mantra “do more with less”.  So, to increase engagement in an era where the theme of more with less is not going to change for some time is not unusual or surprising, this I will come onto later.  What the Army also needs to do is recognise that it cannot influence everyone – it does not have the time or the resource (a.k.a money).  Therefore, targeted engagement is needed.  By this I mean targeting the right people using already planned routine activity.

To try and understand this subject further I decided to do some ‘conscious engagement’ with some of the colts (17/18 year olds) at my local rugby club.  From this engagement, I recommend that the Army identifies the Teacher Staff Room of state run schools / academies as vital ground.  Teachers have a huge impact on informing and shaping a young person’s life choices, opinions and perceptions.  It is not uncommon for young people still in education to see more of their teachers than they do their parents, particularly in single parent families and where both parents are working.  State schools are the most diverse institutions of the State.  Positive engagement with teachers would lead to their positive perception of the Army being passed on and the negative narratives being challenged.

This change in approach would not lead to more white space being filled on Unit Forecasts.  Would it not make sense to host familiarisation visits for teachers as we do for potential Officers or even dedicate spaces on already existing familiarisation visits for teachers? Such an event(s) could deal with the tough issues which hinders our engagement i.e. the perceptions of PTSD, bullying and lack of employability after service. Can Units not invite Teachers along to Battlefield Studies or Regimental Study Days?  (I doubt there is a single History teacher who would turn the opportunity down).  Units could offer an individual to assist a School with a Battlefield Study and utilise some the outstanding resources such of the Defence Academy, the Regt Museums and the Prince Consort Library in Aldershot.  This would a) bring history to life b) Deliver the message that the Army is an organisation that values the importance of life long education and learning.  These activities benefit all parties.

Having discussed Vital Ground the Key terrain for engagement is new universities.  Again I discovered this with engagement with the Rugby Club Colts which was then backed up by statistics.  More young people are attending university and more universities have been created and many have expanded beyond recognition.2  As a result more people are walking past the recruiting office to 3 years of university.  The Officer Training Corps (OTC) is not the silver bullet for university engagement.  Individuals who join the OTC have been, by virtue of their attendance at OTC , successfully engaged.  Should the OTC not expand? Potentially but that will take time, resource (including manpower) and money and not every OTC unit is accessible, particularly for the new universities.

As with schools a specific type of university should be engaged.  It is those universities which do not have a strong OTC presence and have a high proportion of state school educated students that should be engaged.  Why the need to focus on state school admissions?  The engagement of Public Schools is successful this can be seen by the number of Officers who attend Sandhurst.3  state school admittance to universities varies from 99% to 42.3% -Oxford University 2018. To conclude the Army is already engaging successfully with universities with a high proportion of privately educated students.

New universities should be engaged in the same way that Teachers should be engaged – routine business but focusing through sports and clubs.  Whatever the sport or club (war gaming, photography, canoeing, mountaineering, robotics etc etc.) I suspect there would be an equivalent at a university.  These shared interests provide an ideal opportunity for engagement as well as an opportunity to conduct retention positive activity and smash stereotypes.  I doubt many soldiers would complain about playing sport in university towns.

This engagement through routine activity should not be restricted to universities or the teachers staff room.  When was the last time a Regimental Sports team did a tour of a region in the UK? or played a fixture at Hackney Marshes or in Mosside?  Be it Crossfit, netball, football, rugby, squash. Tennis etc. etc. If service personnel are not comfortable playing sport and chatting to people in a robust part of England then what hope is there for engaging with people on Operations?  Yes, the sporting tours to America and far flung exotic places have their place for the serving soldier, but playing sport in the UK, in an area where the population is removed from the military is an excellent opportunity for engagement.  The low level amateur teams can be found by exploiting the links personnel already have or through as mentioned earlier effective social media.

Break out the bubble

We need to break out of bubble.  We need to shed the MTP, we need to step outside the peculiar comfort of Aldershot, Catterick, Tidworth, Bulford etc and get amongst the people.  Only then will the army effectively engage and put pay to the Blackadder and Bad Lads Army myths.

I have every confidence that there will be bureaucratic hurdles e.g. funding or health and safety but these must be understood and overcome.  Therefore, I request and encourage feedback on engagement attempts that have faltered or been hindered by process.  We must expose these hindrance’s, understand them and relegate them to the periphery of our activity.  Obstacles; be they bureaucratic, natural or manmade are there to be overcome and made irrelevant.