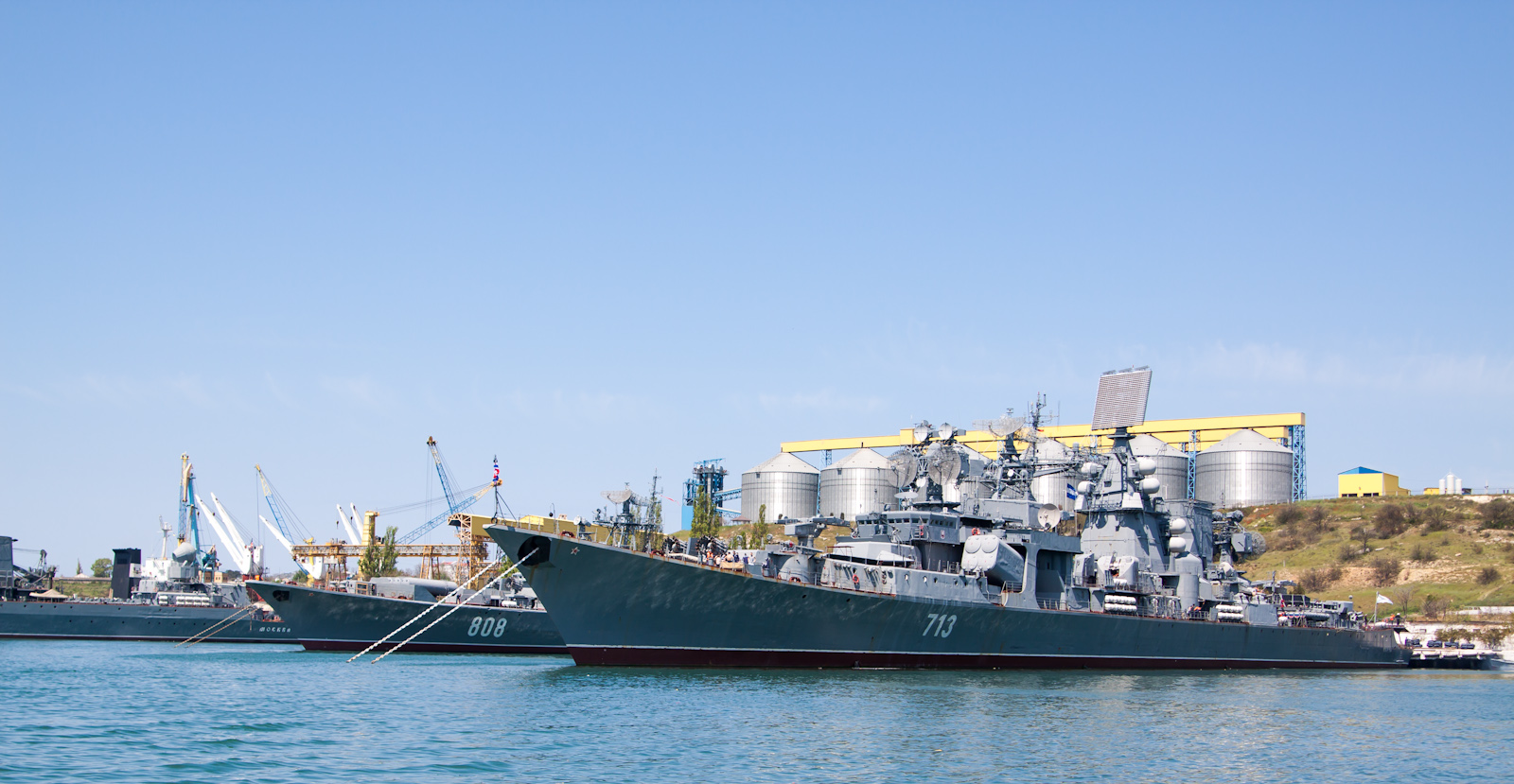 In a war which has claimed the lives of over 10,000 people, Russia’s increasing maritime presence in the Black Sea and Sea of Azov has quickly transformed the region into one of the main strategic bridgeheads in the conflict.

Officially opening on 16 May, Moscow successfully constructed a bridge across the Kerch Strait, connecting Crimea to mainland Russia. Important to note, the Kerch Strait is the only waterway through which the sea’s maritime shipping may navigate to and from the Black Sea1. In recent months, Russia has been weaponizing their growing control in the Sea of Azov in what has been termed their “Boa Constrictor Strategy” (Тактика Удава2).

Part of a larger strategy of economic warfare, as of June 2018, over 150 container ships have been restricted from passing under the bridge to the ports of Mariupol and Berdyansk, becoming subject to search by Russian naval vessels. With search times upwards of 24 hours or more, costing shipowners 4-5 thousand dollars per trip, maritime traffic has been severely hamstrung to Ukraine’s fifth and eighth largest ports in terms of volume of trans-shipped goods, respectively3. With 80% of Ukraine’s maritime exports leaving through these two ports, concerns have been raised that another economic crisis might be triggered throughout the Donbas region as thousands of jobs are being lost4.

On 25 November, Russia’s irregular tactics in the region assumed an armed element as two of Ukraine’s small-sized armored artillery boats, the Berdyansk and Nikopol, were escorting a tugboat from Odesa to Mariupol. Upon entering the waters south of the Kerch Strait, a Russian Coast Guard ship, the Don, rammed the tugboat as it was attempting to make passage through the strait – which was being blocked by a Russian tanker5. Russian personnel subsequently fired upon the Ukrainian naval ships, wounding at least six sailors. This act of unwarranted aggression ended with Russian forces, likely Spetsnaz, seizing the vessels and detaining 24 sailors.

These actions, followed by the Kremlin scrambling two fighter jets and two helicopters, marks the first time that the Russian military has been undeniably responsible for an armed attack against Ukrainian forces6.

The Ukrainian parliament voted the next day, 26 November, to approve President Poroshenko’s call for 30 days of martial law in 10 of Ukraine’s 27 regions which border Russia, Transnistria, and the Black and Azov seas, warning there is “a highly serious threat of a ground operation against Ukraine.” In an additional vote, to quell concerns that Poroshenko would be able to use this decree to somehow maintain power, lawmakers set the date for next year’s presidential election for 31 March7.

Surrounding the issue, especially after Poroshenko on 17 September abrogated the general “Friendship Treaty” signed with Russia in 19978, are calls for further dissolution of two treaties with Russia. The first, signed in 1993, is an agreement on fishing quotas, which allows Russia to enter the Sea of Azov at any point. The second, signed in 2003, is an agreement between Ukraine and Russia over the shared usage of the Sea of Azov and Kerch Strait – legally declaring the water to be, historically, the internal waters of both states9. Should these treaties be dissolved, the Sea of Azov would instead fall subject to laws stipulated by the United Nations Convention on the Law of the Sea (UNCLOS).

From the very beginning of this new maritime addition to Russia’s so-called hybrid warfare approach, Moscow has displayed how it may be used to link such activities with its preexisting land campaign. For example, just one week after the bridge was opened across the Kerch Strait, on 22 May Russian-separatist forces launched an artillery strike on Talakovka, located in the Donetsk region near Mariupol. As the Ukrainian military is limited on resources, in comparison to the Russian Federation, any choices between defending against separatist forces in Donbas and buttressing against an impending naval build-up and ensuing amphibious landing force would happen against the backdrop of a zero-sum game.

In light of this event, previous worries that Russia may be planning a land invasion from the Sea of Azov have been reinforced. The Secretary of the National Security and Defense Council of Ukraine, Oleksandr Turchynov, sees the possibility of the region being used as a “springboard for further expansion10.” Targets of such an offensive would likely include Mariupol, an area in which troops are deployed in a similar fashion to the defensive positions assumed by Allied forces on the western front during WWI – in other words “dug in11” and wholly unprepared for an attack from the west. Although shortly after retaken, Mariupol was invaded and captured by Russian-backed forces in 2014 at the beginning of the war. Strategically important to Russia as a way of economically depriving Ukraine of Black Sea maritime trade, Russia has been accomplishing its original goal – at least partially – through this economic blockade.

In addition, the Ukrainian military has been steadily building up the region in response to estimates of upwards of 40 Russian warships deployed to the region, including Russia’s Caspian Sea flotilla – with the two corvettes which fired the barrage of cruise missiles into Syria in October 2015. Kyiv has transferred marines, special operations forces, and coastal artillery12, along with the call for construction of an additional naval base by Poroshenko13. The Ukrainian economy has already sustained damage from reduced maritime traffic, further militarized action by Russia – taking into consideration Western diplomatic consequences – would be a superfluous, and counterproductive, addition to their strategy in the area.

Doubtful that Kremlin planners would commit to a full-scale land invasion, Moscow is likely attempting to use the Sea of Azov as a stepping stone to further develop their interests in the Black Sea. An example can be seen with the oil derricks near Odesa, which were illegally seized by naval special operation forces and are subsequently being guarded by several small warships – preventing any attempt by the Ukrainian military to retake them14. The Kremlin’s strongest option to date is creating a frozen conflict akin to Transnistria. Therefore, further destabilization of the Sea of Azov, and Black Sea writ large, will remain an attractive option for Putin. In the process, denying Ukraine of much needed economic resources vis-à-vis stymied maritime trade and the subsequent loss in investors’ confidence will serve to weaken the position of Ukraine within and without the framework of the Minsk agreements. If the Sea of Azov is linked to this proposed overarching grand strategy, then the events on 25 November will be seen as the most recent step in the Kremlin’s incremental strategy of economic strangulation and political subterfuge as the Ukrainian presidential elections approach.

In the near-term, further use of Russia’s control of the Sea of Azov as a bargaining chip may become apparent as Russia’s energy insecurities intensify on the Crimean Peninsula. Since the annexation of Crimea, Russia has maintained control over the Ukrainian continental shelf gas fields of Odeske and Holitsynske, exploiting this raw material, illegally, through the use of Chornomornaftogaz, a Crimean oil and gas company. However, as a result, the region has been cut off from the Dnipro River, placing Crimea dangerously close to experiencing a drought, threatening water supplies for domestic use15 and the irrigation of crops such as the grains exported to Syria16. Likely to use their position in the Black Sea to bargain for the resumption of water supplies, Poroshenko and other hardliners will be in a difficult position against the rhetoric of the Opposition Bloc, which, along with the Kremlin, may attempt to shape the situation as a strictly “humanitarian issue,” vying for water in exchange for possible concessions elsewhere.

In the long-term, the situation is unlikely to devolve into escalated violence – both sides have called for an immediate UN Security Council meeting. While Russia’s forces in the area are under directive of the Federal Security Services (FSB), it is uncertain whether this event was the result of a well-coordinated strike passed down the chain of command from the Kremlin, or, instead a simple mishap due to poor communication. The “fog of war” is an all too common phenomenon in armed conflict17 – which makes a strong case for the latter.

In either situation, total war is doubtful. Nevertheless, Moscow’s brazen actions have displayed it is unabated by Western sanctions and threats of diplomatic response. Further aggressive activities and militarization in the region can be expected. Along with proposals for additional sanctions, calls have been made for the U.S. and NATO to conduct freedom of navigation operations through the Kerch Strait, following Ukrainian invitation to its ports in the Sea of Azov18, showing Russia that its disregard for international law is neither acceptable, nor will be tolerated. How Ukraine and the West will respond, and whether it will hinder Russia’s freshly militarized component to their stratagem of economic warfare remains to be seen. 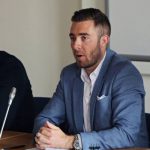 Jonathan Hall is a Washington D.C.-based intelligence consultant and doctoral candidate. His research focuses primarily on Chinese and Russian political-military strategy, private military contractors, and cyber operations. He can be found on Twitter @_JonathanPHall

When should the MOD use Social Media?