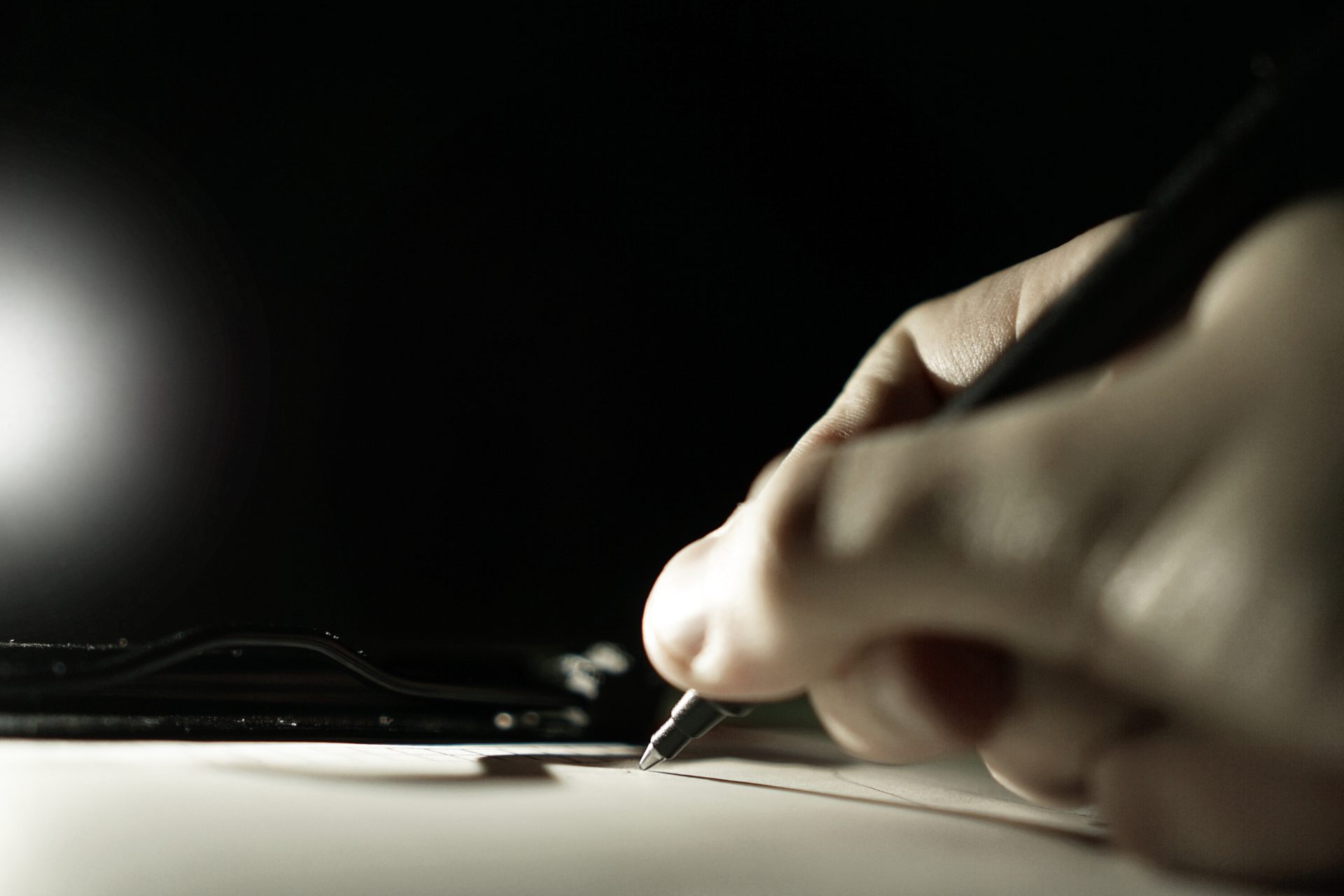 Exactly why I write has changed over time.  The journey began with fear of writing and has evolved to a place where writing is a critical component of the way I think. I have written to argue, to question, to inform, and to connect.  Now I write because it is a part of who I am.

I spent over twenty years of my career doing and not thinking. I do not mean that in a bad way. I was not anti-intellectual but always focused on executing daily missions. My self-development efforts were focused on my current job. Dedicated thinking time and writing were never a part of my routine.

Writing scared me. I dreaded writing every assignment for college or military schools. I was bad at it. After turning in one assignment in graduate school, the professor returned it having penned “your writing is sloppy and needs a lot of work” at the top. My apprehensions about writing continued after school ended. I had no desire to write unless I was required to do so.

I published my first article just to say I had. I wanted to publish because it felt like an achievement, an end in itself. I did not care as much about the topic as I did the accomplishment.  My first published article was drawn from a group research report I had done for work. My anxieties about writing hadn’t gone but writing as a group helped since all the responsibility wasn’t on me.

A few months later, I was asked whether I wanted to attend a class on writing op-eds. A new civilian professor we had just hired was a former reporter and writer for the New York Times. I wasn’t even sure what op-ed stood for (it means opposite editorial—not opinion editorial like I initially thought), but I attended nonetheless. The one-hour class covered how to write an op-ed, how to send an op-ed to an editor (called a pitch), and the types of topics editors look for.

Something the instructor of the op-ed class said really struck me. He said each of us had a perspective that editors and people in general want to read about—firsthand experience. That experience can be serving in combat or just being a member of the military.

The thought that people were interested in the experience of soldiers fascinated me. Like most people, I had heard the statistic that only 1 percent of the U.S. population serves in the military but I never thought about what that means. The more I thought about it, though, the more I saw debates or discussions about war and general military topics that rarely incorporated the experienced view of the practitioner.

I also had a notion of experts and authors in my mind. They were great strategists, historians, general officers, or academics. But I was just an Army major. I had never considered myself an expert in anything. I have since discovered that good, meaningful writing can and should come from much more than my narrow view of “experts.” Stories of firsthand experiences, arguments, calls to action, and opinions from people with unique perspectives can be impactful.

The class I attended also covered the reasons why people write. There are many. The main two we discussed were informing current debates and calling attention to issues not being discussed. To do either of these takes an informed opinion. That meant that a writer could write strictly their experience or combine their experience with research or study the have done on a topic. I have tried both.

I was somewhat let down that there were no secrets to writing revealed in the oped class. The same format I had learned in high school—an introduction paragraph with a thesis, supporting paragraphs with topic sentences, and a conclusion paragraph—was still the starting point.

There were small tricks or techniques that applied to writing for a newspaper. The writing has to be newsworthy. The topic had to be tied to something going on in the world—a news peg. Good articles start with a “hook,” something to grab a reader’s attention. The instructor also said we had to answer two questions for every article: Why should people read this now and why should they listen to you?  I have found these apply to writing in general, not just writing for newspapers.

Armed with a few simple tools and the newfound sense that I did in fact have a unique perspective, I decided to write for publication. I started by writing to argue against what I felt was the majority opinion coming from within the Army at the time, that women soldiers couldn’t handle the job of being in the infantry. I used my experience as a career infantryman and former ranger instructor to write an article contending that many of the arguments against women serving in the infantry were founded on opinions more than facts.

I crafted my article, let a friend look at it, and sent it to the online publication War on the Rocks. It was rejected. The editor said the idea of my article was super but that the central point wasn’t clear and I had failed to provide a strong case that my opinion was based on credible experiences. Most importantly, the editor said that if I was willing to do a major rewrite he would reconsider the submission.

I rewrote the article and this time gave it to the op-ed workshop instructor and a trusted mentor. They both edited my article heavily. I could tell by the amount of changes they recommended that my writing was still poor. I wanted to give up but they both encouraged me to keep working on it. I did and when I resubmitted the article it was accepted with little changes.

I learned a lot from this episode, my first real attempt at writing. I learned that I was not just a poor writer. I was also a poor self-editor. From that point on, I have always had someone else (usually multiple people) look at everything I write before submitting somewhere. I also gained the encouragement that I could make a strong argument founded on firsthand experience.

The feeling of accomplishment, the positive and negative responses I received from that first article, and the realization that I had a perspective that would be of interest to a lot of people were enough to encourage me to put aside my fear of writing and keep trying.

After a few more articles composed strictly of opinions on particular topics that were based on my experience, I decided to write to question something I had both observed and studied: the impact of technology on small-unit cohesion. I had done research on small-unit cohesion theories while in school that made me reflect on the experience I had had in combat. I began to think that soldiers’ ability to connect with family and friends at home using social media and other tools might have had a negative impact on the process of forming shared bonds with their fellow soldiers.

I took my observations from combat and combined them with the research on the effects of social media on society and relationships to question the impact to the military in combat, where small-unit cohesion is considered vital to unit performance. I wrote the article, shared it with friends for feedback, and submitted it to the New York Times. To my major surprise, it was accepted.

The amount of positive feedback was overwhelming. I received emails from across the world, from soldiers in combat—ironically using social media to contact me—from senior military officials, and others who told me they had observed the impact of phones, email, and social media on unit cohesion or had also had the same concerns.

That was the last straw. I was sold on writing. I bought into the value of constructing an argument and presenting it in public, the power to question commonly held beliefs, and the ability to inform people about the military.

One of the next things I wrote blended the objectives of informing and arguing a position. I wrote an article saying that concrete barriers were the most effective weapon used in modern combat. Looking back on my 2008 Iraq deployment, it seemed all I had done was emplace concrete walls. I never thought that was particularly noteworthy, but after a few conversations in which I argued with friends how effective the walls were at reducing violence in Iraq, I figured out that most people had no idea just how much concrete we used putting up the walls, much less why they were effective.

The article went viral. It was read over 90,000 times just on the website my organization manages at West Point.  It was republished or excerpted by Yahoo News, National Geographic Education, Vice, and many other wide-ranging outlets.

After each published article, I wanted to write more. I discovered that writing doesn’t just allow me to think, but makes me think. The more I write, the more I think. The more I think, the more I write. In the past, I would get an idea—something that angers or bothers me, a memory I want to share with people, an event I experienced and think applies to a conversation or something in the news, or just something I am interested in knowing more about—and it would remain just that, an idea.

Now, writing gives that idea purpose. Like a pebble in my shoe, it will get stuck in my head. I might be able to push it aside for a short amount of time. But just like the pebble, with time I am stepping on the stone again. Once I get the idea, I can’t get it out of my mind unless I put it to paper.

Writing is now a process for me. The process of getting the idea and trying to write about it allows me to work out whether it’s just a random thought with inconsistent logic or an interesting idea that I can make into a meaningful argument with supported facts. The process allows me to combine different ideas, bits of information, and research into productive coherent thoughts. It is thinking on paper.

Writing also allows me to reflect on all my past experiences and add meaning to them. We are our memories.  Writing has allowed me to connect my own memories to my interpretation of who I am.

We all have multiple identities. Each identity is a vital part of who we are. For most of my adult life I have considered myself a soldier, a ranger, and a leader. When I had children, I became a father.  Now, I am a writer.

My only regret is that I discovered writing at the end of my Army career.  Writing has made me a better thinker. It has helped me to communicate with clarity.  I can only imagine how much better of a soldier, leader, and person I would have been if I had discovered the process of writing earlier in my life. 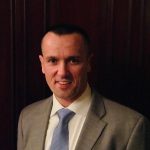 John Spencer serves as the Chair of Urban Warfare Studies and Co-Director of the Urban Warfare Project at the Modern War Institute. He is a retired Army major who served 25 years as an infantryman, including two combat deployments to Iraq. His writing has appeared in The New York Times, Wall Street Journal, Washington Post, USA Today, LA Times, Military Review, Foreign Policy Magazine, and many other publications. Follow him at @SpencerGuard.