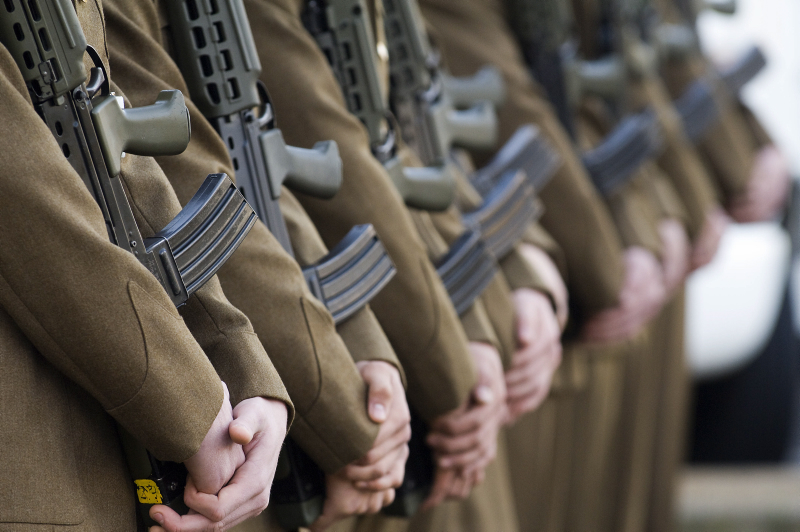 Does the military need a union? An independent association to represent the rights and interests of its members like those which serve the police, fire service, NHS, teachers and civil servants. Service personnel are currently denied membership of workers’ unions, but as the issue comes before Parliament in a Private Member’s Bill this month the motion merits an informed debate.

Queen’s Regulations officially permits military personnel to join civilian trade unions and professional associations, that enhance their trade skills and knowledge1; but the UK’s trade union legislation specifically excludes armed forces personnel from collective labour relations2. This prevents the statutory creation of an association to represent and promote the interests of the UK’s armed forces, making the UK out-of-step with many of our closest allies. The militaries of Germany, Norway, the USA, Belgium, Australia, Denmark, Sweden, the Netherlands, and Ireland all benefit from armed forces representative bodies.

Crucially, these do not have the power to call strike or industrial action, just like the UK’s Police Federation. And indeed without strike powers such an organisation is not technically recognised as a trade union, but rather a federation or association. And as with the Police Federation, it would not be appropriate for soldiers to strike, but a representative body without strike powers would still afford service personnel access to the same important employee rights as their civilian counterparts receive.

An armed forces professional association would advocate for its members on matters such as accommodation and housing, pay and benefits, medical services, welfare provision, career development, resettlement, and equipment. It would also be in a position to provide confidential advice and support independent of the chain of command, especially on legal and disciplinary concerns. And the collective bargaining power of a representative body would present concerns to government regarding conditions of service which senior ranking officials may be unwilling to promote. It would also provide a valuable link between the military and society, holding both to account to their commitments within the Armed Forces Covenant.

The idea of an armed forces representative body is not new. It was one of the recommendations of a government independent review into terms and conditions of service conducted in 1995 by Sir Michael Bett. Among its recommendations, the Bett Review reported that 66 per cent of soldiers they consulted were positive to the idea of a representative organisation outside of the chain of command3. However, this recommendation has never been realised, and when last raised in Parliament in 2006 the proposal met with strong opposition from senior military personnel. The Chief of Defence Staff at the time dismissed the idea as “something that weakens the chain of command”4 suggesting that unionised soldiers on operations might lay down arms and cause “trouble” if they had a representative body “fighting back at home”5.

Thirteen years later the suggestion of an independent professional association for the armed forces still meets with lazy knee-jerk resistance, but as Parliament debate the matter again, now is the time for a fully informed discussion on the issue.

Those against an armed forces federation tend to present four arguments for their opposition; one, that the possibility of strike action is incompatible with the role of the military; two, that an independent organisation would undermine the chain of command; as well as, three, undermine military discipline; and four, that the function of such a federation is already met by charities and other statutory bodies.  I believe that this opposition is unfounded, and the benefits of a representative body far outweigh the concerns.

To the uninformed, trade unions are associated with picket-lines and striking workers. And many people in the military have been called upon to provide continuity of service during such strikes, with the fuel tanker drivers and fire fighters. It is therefore unsurprising that this common misconception about representative associations persists. But strike action is not an automatic right of a labour association, as the Police Federation demonstrates. And any armed forces federation would be extremely unlikely to have such rights, nor would it need them.

The argument that an armed forces association would undermine the chain of command is equally untrue. This is not the case in the police force, fire service, schools, hospitals, civil service or other sectors that have union representation. In fact, rather than interfere with the chain of command, a military association could reinforce effective leadership, keeping people in positions of responsibility honest. Commanders would be required to more justly balance the needs of soldiers, with their own personal interests, placing the needs of those they serve into sharper focus.

If you have ever been part of the military discipline or service complaints processes, you will know that they are complex, and understanding individual’s rights within these is not a core military competency. An independent association would provide confidential advice and support to members on their employment and civil rights, whilst respecting the aims and requirements of the military disciplinary process. This would not undermine a process that is being correctly followed, but rather ensure that all parties have access to confidential, impartial advice throughout.

The armed forces’ already has an independent service complaints commissioner to oversee service grievances, and the Armed Forces Pay Review Body to examine pay and benefits. The work of both organisations is much needed and welcomed, but they do not cover the full function of a representative association. The UK armed forces also benefits from a proactive network of charitable organisations, such as SSAFA, Help for Heroes, Combat Stress, the Royal British Legion and the British Armed Forces Federation6 who provide welfare support, particularly to service families and veterans. However, they do not have the same level of recognition as a statutory workers’ association, and do not have a united voice which represents those serving in the armed forces.

Unlike thirteen years ago, service personnel today have access to far greater information, and in the absence of a representative association are increasingly turning to social media groups for advice and support; “asking for a friend”. This demonstrates that there is a need for impartial, confidential advice where individuals may not want to disclose the matter to their chain of command. And as service in the armed forces becomes more aligned with civilian working practices the lack of a professional representative association, like that of the Police Federation is increasingly about being seen as a relevant, modern employer. If we trust a vital service like the police force to have collective representation, why not the armed forces?

In the title and opening paragraphs of this article I have used the term ‘union’. I have chosen to use this, as it is the more widely recognised term for a staff association. However, without strike powers the organisation being proposed is not technically a union, but rather a federation.

H is an Army Soldier Scholar at the rank of major with 12 years experience. H has command, leadership and management experience in the UK and on operations, and has deployed on operations with the UK, USMC, NATO and the UN.

What implications will the ongoing developments in artificial intelligence and robotics have for remote warfare in the future?