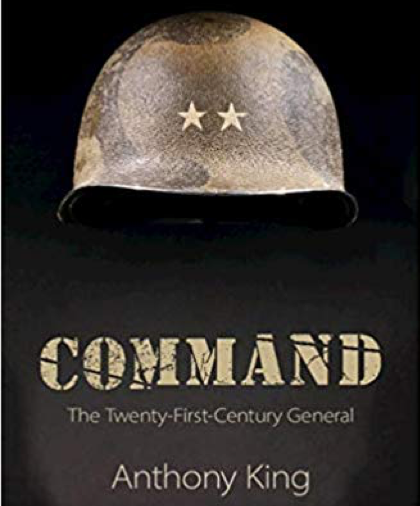 Professor Anthony King’s last monograph, The Combat Soldier, changed military sociology in much the same way the stack changed infantry urban combat techniques. Before it, scholars interested in cohesion and performance generally gravitated toward social cohesion explanations of infantry combat performance, the well-known ‘Band of Brothers’ thesis.  While not ineffective, much like the old grenade and spray approach of house clearing, it lacked precision. However, in focusing on the collective micro-interactive elements of the platoon, The Combat Soldier delivered a highly accurate and nuanced understanding of cohesion in the modern, professional infantry – if you are in platoon or sub-unit command it is a must read. Indeed, one of King’s most important contributions to our understanding of the military environment has been his focus on the interactions between members of military teams, and it this approach, honed in The Combat Soldier, that provides the basis for this fascinating and important book on the evolution of divisional command in modern Western armies.

Command’s central, and somewhat controversial, argument is that the nature of divisional command has shifted from the heroic, individualist and hierarchical organisational approach, epitomised in 20th century generals, towards the more professionalised and collectivised approach seen in the current era. King labels this ‘collective command’; the ‘disaggregation and redistribution of authority and power.’1 This is controversial because in many ways it points to what could be seen as a derogation of the ultimate responsibility traditionally associated with generalship. Yet King’s closely argued analysis is both accurate and highly compelling.

Command skilfully juxtaposes historical analyses of key 20th century generals’ leadership – Monash, Rommel, Montgomery, Smith and Ridgeway, amongst others, are all covered – with the deeply insightful application of ethnographical method to the current system of divisional command.  Indeed, one of the great benefits of reading King’s work is the combination of sociology with military history; as a result the reader’s understanding of these generals’ leadership is given a framework that helps clarify not just individual leaders’ characteristics but much broader evolutions in command in general.

In the first part of the book, Command coherently argues that due to the comparably small size of the divisional front, shorter planning horizons, and relatively simple operational problems, 20th century two star generals’ decision making was generally individualised and their leadership, as a result, often heroic. Importantly, King argues this applied not only to divisional command in conventional warfare, but also to 20th century COIN operations where he uses Kenya (General Erskine), Algiers (Massu) and Vietnam (Ewell) as case studies to show that despite changes in mission, these divisions still functioned in a relatively similar way to conventional operations, unencumbered by the political and legal constraints of the recent counter-insurgencies many of us have fought in.

Skip forward to the 21st century and the size, planning horizon and complexity of modern divisional operations in a globalised and interconnected world have fundamentally changed all this. Honing in on the experiences of Petreaus, McChrystal, Carter and Mattis, Command shows exactly how as a result of these changes, and in particular the switch from complicated to complex operations and the resulting multitude of planning tasks,  two stars have had to adapt their command approach. Executing divisional missions are now by necessity and design a team activity; to manage increasing complexity divisional staffs have vastly increased in size, while their commanders have found themselves forced to focus on the ‘up and out’  – the much wider political front – at the expense of the ‘down and in’ running of the division day-to-day.

A couple of really interesting focal points of analysis are worthy of particular mention. King’s dissection of distributed command practices highlights how focusing on often taken-for-granted interactions can yield refreshing new insights. In Command, the vastly more important role of deputies in planning and executing divisional operations day-to-day becomes clear – trusted and empowered assistant divisional commanders assisted by highly professional staffs are essentially left to crack on with the division’s battle rhythm in line with their chief’s intent with comparably little direct supervision from them. Prominent examples here include the Brigadiers Joe Dunford, Ben Hodges and Tom Murray.

Another is King’s focus on the decision point. This apparently mundane bureaucratic planning tool will be well-known to anyone who has experience of operations above the platoon level, as, much like the ROC drill, it has been disseminated down formations due to its utility. What might be less well-known is how this simple tool has facilitated a change in command style. King argues decisively that in current divisional operations the decision point and its accompanying decision support matrix essentially allow the commander to cue potential courses of action in response to possible changes in the situation for the division. Not only do these act as an anticipatory tool for staffs to better understand key moments and risks in an operation, but in conjunction with the commanders intent and collective planning, it allows the divisional staff and empowered deputies to command the division by proxy if need be. While the two star is still the ultimate arbiter, the decision point facilitates a much more deeply integrated and interdependent collective command approach.

This is the great strength King’s work brings to our understanding of the military; it enlightens even professional practitioners with deep expertise of their own field by adding that extra depth of analysis many will have missed, often due to lack of time for deep reflection. As a former soldier turned scholar, this is why reading King’s books is so insightful; even with deep knowledge of the lifeworld he writes about (especially in The Combat Soldier), I always end up learning a whole lot more. I suspect the same will be true of the generals, aspiring generals and their highly professional deputies and staffs that that should read this excellent and highly illuminating book that is sure to become required reading on junior and senior command courses alike. 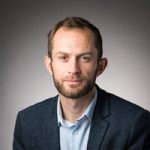 Patrick Bury is Lecturer in Defence and Strategic Studies at the University of Bath and a former regular British Army officer. Mission Improbable: The Transformation of the British Army Reserve is out now with Howgate Publishing.

A Question of Value: The British Army and the UK