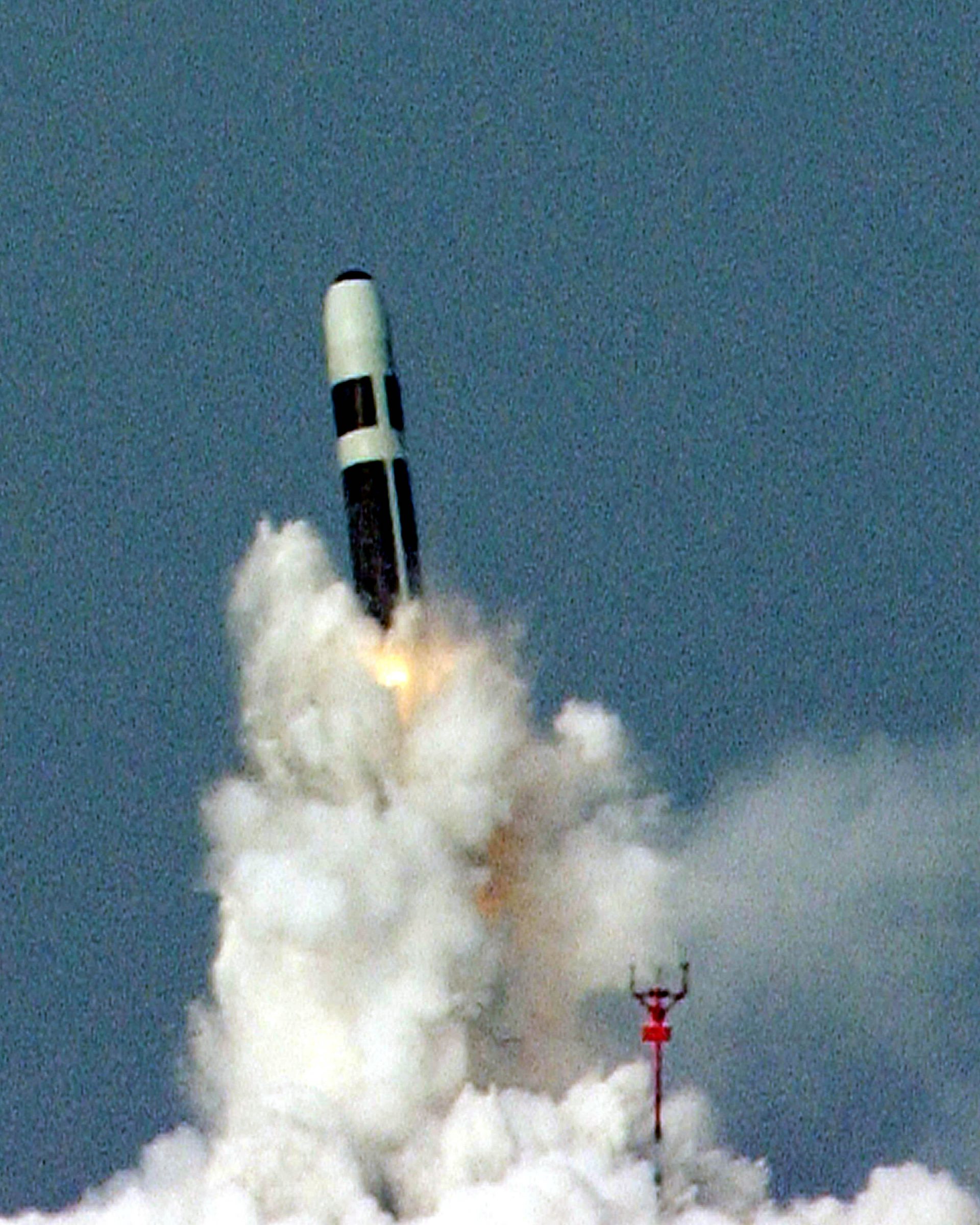 Every generation sees themselves living through the most complex of times.  Such perceptions can lead to an oversimplification of the past and the influence it has on our future.  This is the position today regarding the Cold War experience of deterrence in some quarters.  Yet those who found themselves planning for and executing deterrence activities during the Cold War certainly found them complex and challenging problems.

It is worthwhile sketching the context of this for readers today.  Technological advancement has achieved the democratisation and availability of formerly hard to obtain technologies.  The rules based international order, which seemed unshakeable during the Cold War, is now routinely challenged and cannot be taken for granted.  In the West, existential threats from state actors seem to have reduced.  In their place has come increased pressure on societal and democratic norms fermented by adversaries harnessing new technology.

I argue that rather than dismiss Cold War theory as an irrelevance we should examine it and reflect upon its utility today.  This is a position that is endorsed by the recent DCDC primer which, in echoes of Clausewitz, has concluded that ‘the nature of deterrence remains unchanged through the ages, the character has changed…since the end of the Cold War’.  By re-examining Cold War practise we remind ourselves that the underlying principle of deterrence, and the requirement to intimidate likely opponents, is largely unchanging.  It is Clausewitz who told us that theory ought not to be slavishly followed by commanders in the field.  And so, it should be with deterrence.

I have encountered, on numerous occasions, not only an ill-defined concept but several recurrent themes that provide an unhelpful caricature of Cold War deterrence..  Like the weeds growing in my garden, these myths are hardy perennials that need to be routinely removed.  Two are worthwhile highlighting here.

The Cold War experience of deterrence has been characterised by the threat of nuclear weapons.  Visions of Dr Strangelove in the War Room, the cold-bloodedness of Kahn’s escalation ladder, and determining the relative merits of cities to strike abound in popular perception.  But that was not all it was about.  As far back as 1961 Glenn Snyder wrote that deterrence was not exclusively about defence.  Nor was it solely about punishment and imposition of costs.  Whilst some writers may have winced at it, state practice also included deterrence by denial of benefits.1  It is apparent that deterrence was never solely about nuclear weapons or Mutually Assured Doctrine.  However, despite this nuance within the literature, the modern view of deterrence remains closely associated with images of mushroom clouds and vast levels of destruction.  This has, inadvertently, left deterrence with an image problem.

Myth 2; The rational behave as expected

Much of the early work, such as the writings of Thomas Schelling,  emphasised the role of rational actors.  Despite his conclusions, subsequent research and state practice has shown that a wide variety of actors can be deterred.  Adversaries need to be considered as acting rationally according to their frames of reference.  Too often, rationality has been confused with reasonableness.  Mistaking reasonableness for rationality blinds politicians and practitioners alike to the reality that decision making is heavily influenced by individual circumstance and context.  It should be expected that an opponent’s rational behaviour will appear unreasonable against the defender’s terms of reference.  That does not make them less rational, simply different.  Rationality is a subjective rather than objective condition.

Political leaders are not homo economicus; 2  they share the same sensitivities to biases and heuristics as every other individual, whether it be buying a car or deciding to wage war.  Getting inside the head of adversaries is probably a step too far for even the best intelligence organisations. Especially so in a deterrence environment.  We can only hope to gain an understanding by considering their traits, previous decisions, and their influencers, to assess what they valued and what could be achieved through deterrence.  The strategic culture school does not appeal to everyone but it is probable that it will help illuminate this area.

What is missing from the current debate?

New domains and technologies do not always neatly fit into traditional models.  Attempts to view new weapons, such as cyber-nuclear, as analogous, is, at best, misleading, and, at worse, dangerous.  There should be a degree of caution in treating technological developments as sui generis3 deterrence cases.  Doing so misses the point that deterrence, like strategy, has its own enduring nature. Advances in knowledge regarding cognitive processes have outstripped Cold War theory and has revealed a gap in our understanding.  All of this points towards the need to reconsider how technology and an understanding of human behaviour can be woven together to create deterrence effect.  Treating deterrence as a multi-lever influence problem would be a welcome advancement for both theory and practice as the earlier literature, despite Snyder’s thoughts, focussed extensively on kinetic, and particularly nuclear means.

What can we take from the Cold War tradition?

Britain’s deterrence posture needs to provide for both central and extended deterrence.  Central deterrence lies at the heart of Britain being able to defend its homeland.  Our Cold War predecessors recognised the threats faced today.  NATO’s agreement for flexible response, codified in MC 14/3, acknowledged the threat of political subversion and covert measures.  It reaffirmed the Article 3 commitment in the Washington Treaty for member states to “achieve the objectives of this Treaty, the Parties, separately and jointly, by means of continuous and effective self-help and mutual aid, will maintain and develop their individual and collective capacity to resist armed attack.”  The requirement for national responsibility remains.  The exclusive focus on military force alone is no longer sufficient.  The breadth of grey zone activities means that denying opportunities requires action that embraces all of government.

Hardening the homeland cannot come at the expense of the UK’s commitment to defend its NATO allies.  Extended deterrence has always been considered particularly difficult to achieve and this was true during the Cold War as well.  The deterrence merits of the enhanced forward presence have been the subject of much debate elsewhere and will not be repeated here.  The key consideration for the UK is that it needs to retain a force that is capable of deploying at speed and with mass as part of the Alliance.  And it also needs to convince potential adversaries that post-Brexit visions of global Britain do not detract from its European posture.  Recent announcements regarding littoral strike groups and participation in the VJTF(L) all contribute to demonstrating capability.  The Secretary of State in a recent speech stated that ‘We will continue to step out into the world protecting our friends, defending our interests and standing-up for our values.’  Combined these can be seen as Britain advertising both its intent and capability as part of extended deterrence.

Underpinning both is a basic requirement for the UK to communicate to and with adversaries.  It is vital that the UK communicates that it has both the capability and intent to protect its interests.  This is an essential element in attempting to avoid miscalculation and inadvertent actions.  New technology makes inadvertent escalation increasingly probable if states do not understand how their actions are perceived by others.  The other vital element within communication that the Cold War theorists noted is that adversaries need to be assured that good behaviour will be recognised and threats not carried out.

Where does this leave us?

First, the rub of deterrence today lies in the application more than theoretical underpinnings.  Certainly, there is work to be done to improve the theoretical basis but practitioners cannot wait for the theory to develop.  Instead, the UK, using much of the structure it has generated over recent years, should seek to ensure that deterrence is managed as a whole of government responsibility.  This should cut across the levers of power to build resilience, deny benefits, and punish the most egregious of adversary transgressions.  Doing this requires open discussion of the threats facing Britain combined with clear statements that enable adversaries to understand what Britain desires of them.  These statements need to contain clear assurances as well as threats.  At times, the assurances seem to be lost in the broader commentary and policy statements.  This only makes it more difficult for adversaries to understand what it is that is on offer for ceasing actions that the UK views negatively.

Third, the theoretical basis of deterrence could be enhanced by further exploration of the role of influence and postures on deterrence effect.

All of these actions are, on paper, staggeringly simple.  The real challenge lies in bringing these to fruition and not simply falling back on old ways of working.  It would be very easy for institutional cultures and over-exuberance to stall the delivery of modern deterrence.

Modern deterrence must embrace the requirement for strategic thinking and the employment not only of all levers of power but also all elements of the military instrument.  With deterrence high on the national agenda and a spending round due this year, Britain would be well served by a much more public discussion of what it wants deterrence to achieve and how it can best be managed.

Moscow’s Perspectives on the Evolution of US Stealth Technology

Credit Where Credit is Due – China and the Integrated Review