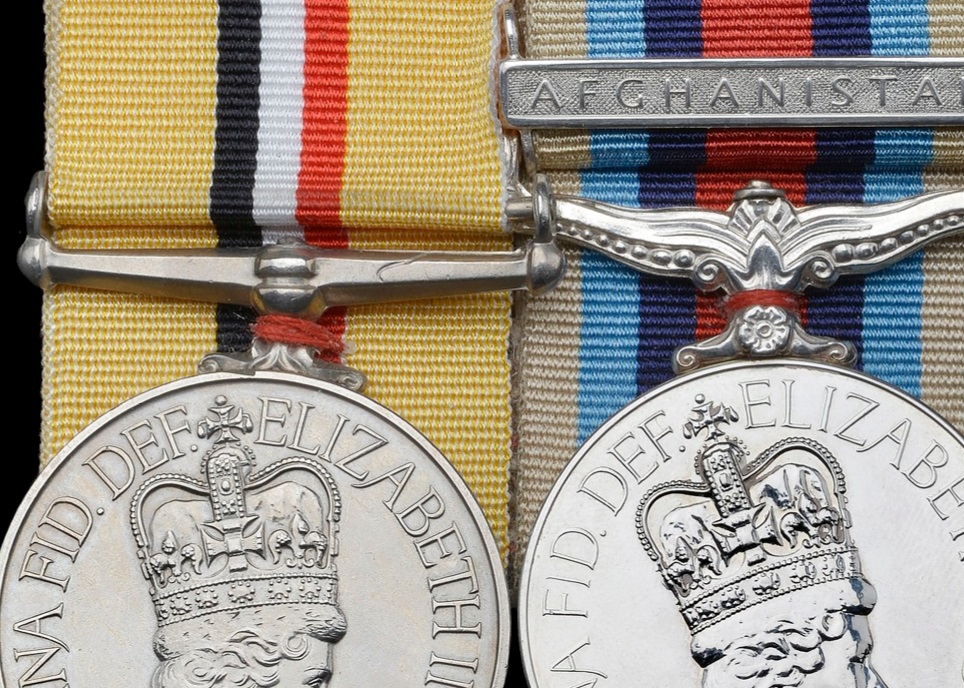 When I first saw it I couldn’t get beyond the irony that it was a massive coin.  The Iraq and Afghanistan memorial was called for in 2014 1 and unveiled in 2017 by HM the Queen, the Prime Minister with representation from the military and a number of the key government departments.2  This was the State inaugurating a key memorial to the dominant conflicts of our generation – ‘The first Gulf War’ of 1991, Iraq and Afghanistan.  Lumping these conflicts together is itself problematic – their different causes, mandates and goals, but let’s park that for another time.

I served in a combat role in Iraq and in a big Headquarters in Kabul writing the orders for coalition and Afghan forces – over 500,000 personnel in 2010 and 11.  This was during the surge and surge recovery from Afghanistan and would become the deadliest period of the war with over 1,000 coalition deaths and between 7-8,000 wounded.  Afghan civilian deaths numbered around 5,000 from all forms of violence.3  The shadow of designing this campaign is difficult to live with but both contexts are how I, and many other veterans come to the Iraq and Afghanistan memorial.

The second important context is the unpopularity of both conflicts and the contemporary image of the solider and veteran.  Dan Todman recently mentioned two caricatures of veterans: “the one that never shuts up about the war and the one who never speaks of it” – many contemporary veterans fall into the second bracket.4  That’s not because their experience is invalid – it’s– something we’d rather not hear – a left-over of two remote and poorly understood wars, remote in terms of geography but also impact – people are just less connected to the military.

The image of the solider remains highly reductive and fixed.5 Victims of random death or injury, PTSD, prone to violence, alcohol abuse and social deprivation.

There are grains of truth in all of that, but we are not all broken, 6 these reductive tropes remain stubborn to shift, simple to stereotype and easy to dramatize.

What is the memorial trying to say?

The narrative at the unveiling evidences a break between the commissioning elites, the public mood and experience of veterans.  The Prime Minister highlighted protection of the homeland, protection of rights and freedoms and honouring the sacrifice of the current generation.7  All familiar refrains of state led commemoration.  Sir Jock Stirrup takes up this same line of Service to support the Government’s objectives but this was already hollow given the findings of the Iraq Inquiry and tenuous progress in Afghanistan and violent extremism more generally.

But the memorial avoids placing a value judgement on the worth of these campaigns, instead the focus is the role of soldiers and participants.  The traditional commemorative culture of valour, vanquishing and victory would have been harder to find for all three conflicts.

The memorial also deliberately avoids death and names – reflecting the ‘memorial for all’ which extends as far as back as the nineteenth century but also breaks the individuality that the First World War gives us.  It conceals the “blood tax” of just under 700 lives from all three conflicts.  Stirrup makes this distinction clear, referring to the names of the fallen inscribed at the National Arboretum.  The emphasis is on the living for the men and women who embody duty and Service.8

The memorial and memory.

We’re in the foothills of creating ‘collective memory’ of these conflicts.  The project was intensely political elite led.  The Board of Trustees was dominated by senior retired military men including Lord Boyce and Lord Walker.  Funds came from a public appeal by the Sun and elements of the Libor scandal fines.  These three factors helped legitimise the project – “the people’s paper”, funds from the City repurposed for the service community and a veneer of military representation.  The amount of consultation was in fact very low, which appears dramatically out of step with the democratisation of war and its aftermath.  This was commemoration called for, conceptualised and delivered by the “old stale and male” generation, the generation who had led us to war but had not fought or directly participated in it.

The artist, Paul Day stands out as capturing something unique.  When I interviewed Paul he started by emphasising fragility.  “The pillars of Iraq and Afghanistan were necessarily separate as different countries, this was two commemorations”9.  He also emphasised a sense of unfinished business and fluidity:

“There had to be positives to tell, to create unity and create healing because in my mind the memorial is a place to remember and mourn but also to try and bring some form of closure and healing to a story, in this case quite a painful one, for those involved, but also the collective psyche of the conflict.”


“This monument is meant to last for a long time and yet we still don’t really know the outcome for these countries, it may take decades as they map their way to peace and prosperity.” 10

Despite the elite led nature of the project we increasingly see veterans and bereaved families appropriating the memorial in their own way for their own needs – a lot less so on the Civilian side.

This memorial is a genuine attempt to provide a more complete reflection – but it’s not without fault.

Critics will highlight it is selective.  What we don’t see on the civilian side is the role of Defence contractors and suppliers who enabled the war effort, the bulk of the civilian contribution and contributed a rather more contested legacy.  We also see few western women, just three, and not as dominant in the relief as men.

Spend some time with our memorial – it was at night it came to life for me.  I could see that fragility, how the light brings it all together, how the tondo (coin) makes it whole.  The combination of military and civilian commemoration is close, but not together, separate but in the same space.  This enables the accommodation of the different emotions, motivations and cost without direct contest or exclusion.  As Paul puts it:


“the tondo supports the stone – but it also bridges the gap between the two stones and sides.  The memorial is only rendered solid and rich by all the people who served”. 11

The veteran experience is dominated by a central paradox of emotions: that of trauma and comradeship.  The first is the one that haunts, the latter one that comforts.  Both sets of emotion isolate veterans and can make them hard to reach.  This path leads to exceptionalism – you weren’t there – you can’t understand.

This memorial gives us the tools to work out memory of the conflict over time, as long as we are willing and make space to discuss it.  It also provides us an accessible language, relevant to more of our society on the character of military and civilian contribution through ‘duty’ and ‘service’.

The subtle separation of experiences enables the memorial to function for many communities, the State, veterans and participants who otherwise would not have a distinct place to for the agency of memory, narratives and mourning.  It is your memorial – it is mine – it is theirs.  Paul Day encouraged me to spend more time with the memorial – so I did.  I’ve found that incredibly moving, I often adjust the tributes, or simply read them.  Next time you’re in London look in on your memorial, spend some time with it – I hope it becomes less Marmite and more loved. 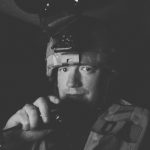 Pagey has 18 years of service in the Army. The bulk of his service has been in the Field Army or supporting it, as he does now as CO of the Armoured Trials and Development Unit (ATDU).