The evolution of conflict-related sexual violence

For as long as warfare has been waged, armed forces have weaponized sexual violence as punishment, incentive, and a mechanism of societal division. In her book “Wartime Sexual Violence: From Silence to Condemnation of a Weapon of War”, Kerry Crawford incisively traces the evolution of the perpetration of wartime/conflict-related sexual violence (CRSV) from a silent, stigmatizing epidemic whose destructive outcomes were disproportionately borne by victims, to a normalized military tactic requiring that the international community stand in concerted opposition to punish and deter the perpetration of such crimes. Understanding the evolution and practical implications of the practice of weaponized sexual violence is critical to any practitioner operating in a complex environment, where rates of gender-based and sexual violence are routinely higher than in stable societies.

Crawford underpins her account with a framework against which her subsequent case studies can be benchmarked. Chapter 1 describes a six-phase, tiered model of potential international responses ranging from turning a blind eye to direct intervention. Chapters 2-4 then provide case studies of sexual violence in the Democratic Republic of Congo, the development of 2008’s UNSCR 1820 on sexual violence during wars, and the UK’s Preventing Sexual Violence Initiative. Finally, the book concludes with an analysis of how responses to such case studies have imparted durable anti-sexual violence mechanisms. Security sector actors should be familiar with these mechanisms and must be comfortable to interact with and report violations to the representatives of these institutions.

Crawford points out that to speak of sexual violence as a weapon of war (or of genocide or violent extremism) is to view it “as having a systematic, pervasive, or officially orchestrated aspect”. She further underscores the assertion that, unlike opportunistic sexual violence, such acts are “not random acts, but appear to be carried out as deliberate policy” (p33). As a military tactic, sexual violence is an intentional effort to degrade and humiliate the victims themselves and undermine the ethnic, religious, or political group to which they belong, thus perpetuating divisions and fueling conflicts (p138). By recognizing the practice as a tactic rather than collateral damage, soldiers can better frame their understanding of potential responses.

These systematic crimes of conflict-related sexual violence affect the victims and their families as well as their communities for years to come, especially if they are not recognized or punished. Ignoring or diminishing the trauma feeds anger, distrust, and continuous cycles of conflict, and creates long-lasting tensions within communities which undermine the development of durable peace (p133). By mitigating the fomentation of these grievances, security sector actors can help prevent these cycles of tension from become intractable.

Lessons for the military

Crawford’s consistent use of her tiered framework describing potential international responses and interventions against the use of weaponized sexual violence as a military tactic is both useful and startling. This should prompt security sector actors to think about the frame of reference from which they observe and respond to instances of sexual violence. Crawford herself acknowledges that “The “weapon of war” frame is limited, but it is clear, conspicuous, and easily understood” (p7). Indeed, advocates’ use of this “weapon of war” frame persuaded state leaders and members of the UN Security Council to view sexual violence as an instrument of warfare and to subsequently condemn it, while also committing resources to respond to affected communities (p158). These resources should not be ignored by militaries unaware of their existence. Reporting of violations should be robust, timely, and comprehensive to both drive and inform further resource allocation to alleviate the impacts of weaponized sexual violence.

Structural sexism as a facilitator

“Wartime Sexual Violence: From Silence to Condemnation of a Weapon of War” is a thorough accounting of the historical advancement of interventions. Most notably though, it concludes with the enduring assessment of the UN Secretary General’s 2015 report on CRSV “that waves of conflict-related sexual violence take place against a backdrop of structural gender-based discrimination, including in formal and informal systems of law, and the exclusion of women from political life” (p176). While the mobilized response to weaponized sexual violence is an important development, the need to combat formal and informal exclusion of women from positions of agency remains, both internally within the British military and externally across partnered operations worldwide. 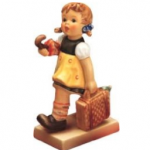 Whitney Grespin works as a contracted advisor to the Somali Ministry of Defense and is a PhD candidate at King’s College London Defence Studies faculty, former instructor with ICSC(L), a Term Member at the Council on Foreign Relations, and a member of the Military Writers Guild.