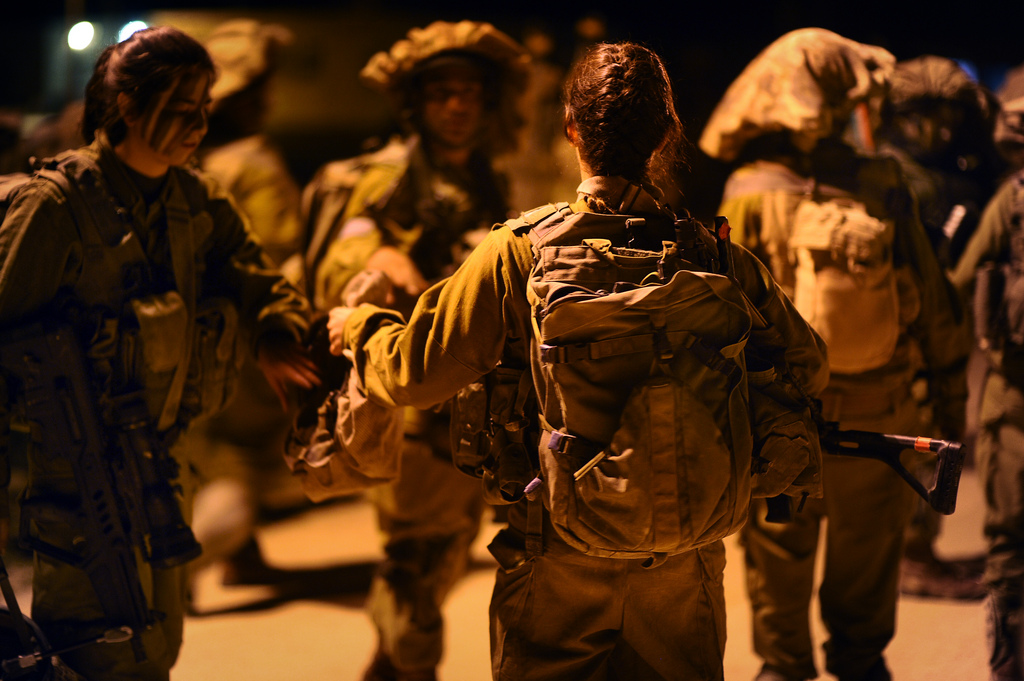 Recently an essay was published on this forum titled “Rethinking Women in Ground Close Combat“. The central argument seems to be that women are physically weak, and if we reduce warfare to a series of fistfights we will almost certainly lose. This is a reductionist approach to combat which ignores the complexities of modern warfare in an attempt to undermine the ability of women to offer value in ground close combat (GCC) roles. It also, more importantly, distracts attention from the important discussions the British Army should be having about WGCC. Women are already serving in these roles, and more will continue to join GCC roles. We should now be asking how we can protect and support our people, preparing them adequately for the rigours of operations, not attempting to stall the onwards march of progress. This presents us with a unique opportunity. Rather than asking men and women to meet outdated and inefficient criteria for success, commanders can revaluate how we achieve operational readiness.

The author’s central assumption revolves around “a war of national survival in which the UK is forced to mobilise as a nation”. This assumes that the threat of a war of national survival is imminent or probable enough to determine current policy. This is not the case. The Integrated Operating Concept maintains that “the nature of war remains constant; it is visceral and violent”. However, the character of warfare is evolving rapidly and significantly. There is greater complexity, uncertainty, and the need to integrate increasingly sophisticated information and intelligence systems into conventional forces. All of this is a far cry from nations fighting hand to hand in bunkers. We cannot isolate warfare to the singular act of killing the enemy with a bayonet, and to do so ignores all other variables and complexity. Although I would contend that there is little actual evidence to show that women would be any less capable of stabbing an opponent to death than a man would. Our enemies engage in political warfare, breaking our cohesion without fighting. They use a dual strategy of technological innovation and psychological warfare. The new UK Integrated Review is likely to stress similar concerns, with an expected push for a greater reliance on technology, innovation and unmanned platforms amid increasing pressure on the Defence budget. The wars of tomorrow require a more sophisticated and holistic approach to operational readiness rather than just raw physicality.

Furthermore, the entire essay reduces GCC to the light infantry; there is no mention of armour, armoured cavalry, light cavalry, armoured infantry, or mechanised infantry – all of which are GCC. There is no mention of any demand on a combat soldier other than physicality. There is no mention of the complexities of the Contemporary Operating Environment or the need for a soldier to be tactically astute, with sound judgment and professional competence. Many other attributes contribute to mission success, and only one of these is raw physicality. GCC soldiers are not merely pack mules whose primary skill is grappling enemy soldiers in trenches. They comprise a wide variety of trades, abilities and skills. This requires a diverse range of talents and attributes. Diversity has been consistently proven to be a key factor in success. In private companies, it is strongly linked to increased profitability and value creation. This is particularly true of the executive team, who have a direct influence on operations and business outcomes. By encouraging diversity, we will create better decision making and drive better outcomes.

Another of the assumptions in “Rethinking Women in Ground Close Combat” is the erroneous claim that WGCC is about equality of outcome. It is not. WGCC is about equality of opportunity – and whilst this subtlety may be lost on some, it is a crucial difference. The WGCC programme is about allowing individuals the choice of any role in the British Army which they both want to do AND are capable of. It is simply removing gender discrimination as an entry barrier and allowing the same opportunities to all. It is not forcing women into certain roles or lowering the standards in order to produce a 50/50 split of men and women. Women in GCC roles will be those who have self-selected for that role and then passed the same requirements as anyone else. Since 2015, the percentage of women in the UK Regular and Reserve forces has remained stable at around 12%.The chance of having a 50/50 split in the Armed Forces any time soon, or ever, is negligible.

The author writes at length about the differences in physical strength between genders. It is worth noting firstly that all these studies are amongst the general population, and not a fit and trained fighting force. They do not account for the impact of physical training and pre-deployment training, which are specifically designed to prepare the force for the demands of operations. Furthermore, as Lt Col Edward Carpenter put brilliantly in another essay on this forum, we “should be advocating for improving our military equipment, training and culture for all troops instead of proposing that women in combat arms adapt themselves to equipment, training and a culture that already puts a needlessly excessive physical and psychological burden on their male colleagues”. Commanders should be seeking to employ the most effective equipment and tactics to reduce all unnecessary burdens on their soldiers, allowing them to be a more potent fighting force. Warfare will still involve physicality, yes, but women can meet these demands. Anyone who questions the ability of women to fight should look to the Peshmerga. Women form roughly 40% of combat forces – motivated by intense patriotism in a war of national survival. What we should be questioning is whether these demands are necessary, and if there are other ways of achieving mission success which are more efficient.

The US Army recently rebranded their physical fitness manual as the FM 7-22 Holistic Health and Fitness Manual. Whilst still recognising the importance of physical fitness, it includes chapters on injury prevention, spirituality, rest and recovery. This follows growing research that performance involves more than just physical fitness. This is modelled on Special Operations units whose holistic approach treats operators like athletes – prioritising sleep, recovery and sustainable exercise. Fatigue is linked to poor decision making and fatalities, both in training and on operations. Just as we should be seeking to employ the most effective equipment and tactics, we should recognise the myriad of factors that contribute to combat effectiveness, rather than reducing it to the singular attribute of raw physicality. A more holistic approach will make our men and women more effective and lethal – prepared to meet the complex demands of modern warfare.

My main concern with the argument that we should pause the WGCC programme is that it serves as a distraction to the conversations we should really be having. An interim report produced to investigate the effects of GCC roles on women showed that there are significantly higher risks of musculoskeletal injuries, mental health issues and reproductive issues in servicewomen then servicemen. Post-partum also has significant effects on the body and presents greater chance of injury. Faced with the evidence, commanders need to consider how they support women in GCC roles. Risks can be mitigated with progressive physical training, postpartum rehabilitation and greater understanding of the effects of childbirth on women. There must also be support for women in units with few or no other women, where they may feel isolated and lonely, impacting on their mental health. There is still a lack of evidence collected on women in GCC roles, presumably due to the small sample size and lack of time. However, if commanders do not understand and accept the WGCC programme, they risk endangering the health of their subordinates. If commanders are not decisive in engaging with concerns over injury risk and mental health, and waste time resisting the inevitable, they are failing their soldiers.

In conclusion, commanders have a unique opportunity presented by the WGCC programme. This is to scrutinise current demands on GCC soldiers to determine if they are the most effective and facilitate combat effectiveness. Considering women serving in GCC roles, we should instead ask ourselves; what are the criteria for success in modern warfare and do we adequately prepare our men and women for operations? The WGCC programme represents necessary progress in a world of increasing complexity and uncertainty. Change is inevitable, just as the Women’s Royal Army Corps folded into the wider British Army, the Royal Signals, Royal Artillery and Royal Engineers eventually opened to women. Women have deployed on operations and have risked and given their lives in defence of their country and fellow soldiers. It is a natural and necessary step to open GCC roles to women, both in recognition of the exceptional service in support of GCC roles in Iraq and Afghanistan, and in recognition of the changing character of conflict. In the profound words of Dr Martin Luther King Jr – “The arc of the moral universe is long, but it bends towards justice”. Change takes a long time and is met with great resistance, but there is an certain inevitability in the march towards equality and liberty. We must decide whether we support our people, men and women, or risk damaging their health and wellbeing by ignoring their right to serve their country in whatever role they fulfil.

Capt
“Beatrice is a Squadron Second-in-Command in an armoured regiment, with experience of operating in an Armoured Infantry Battlegroup. She has also completed the Operational Tracking Instructor’s Course and worked on C-IWT (Counter Illegal Wildlife Trade).