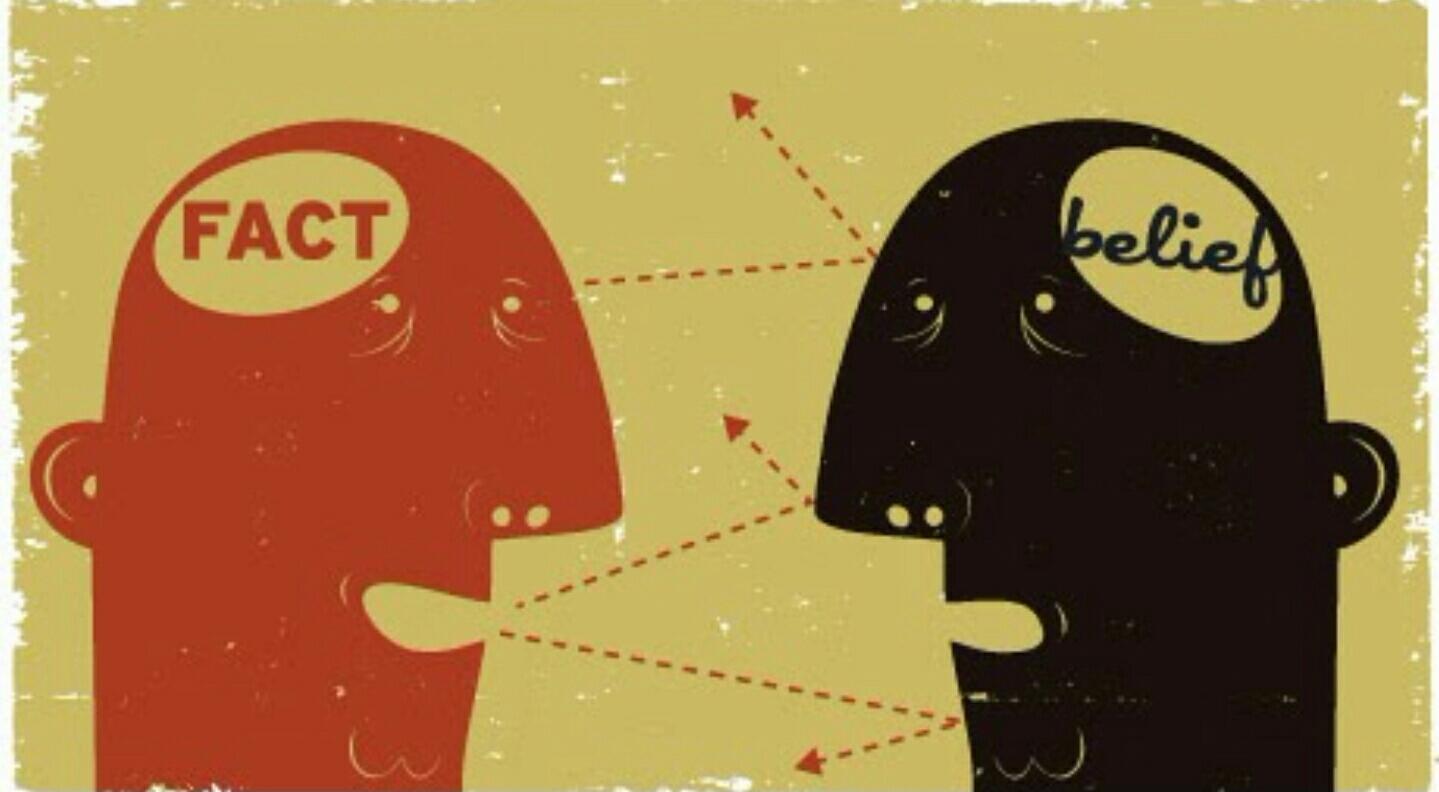 Of course, I am a moron to the maniacs, and I’m also a maniac to the morons.  Our own cognitive biases can blind us to any conflicting views other people may hold and this blindness can lead to complete inertia in a discussion or in our own mind through cognitive dissonance2.  Awareness of our own and others’ biases can help to look past them or to work around them to get a better understanding of a problem, and can defuse tensions caused by two conflicting views before they escalate too far.  Self-awareness can also go a long way to counter a lot of things that blind us to other ways of approaching a problem.

I was in a meeting today and one of the other characters just wouldn’t get my point of view.  The more points I made to support my cause, the more he ignored them.  And any points he made just weren’t understanding what I was saying.  He wasn’t listening and refused to see my point of view.  It was HIS biases that were blinding him.  How could he be so unbelievably biased to make him utterly intolerant to listening to reason and the clear logic that I was saying?

I didn’t figure out if he was the maniac and I was the moron, or the other way around.  I didn’t think it wise to ask either.

Cognitive biases, be they conscious or unconscious, affect and fix us all.  They can be painfully obvious in others, yet they are very difficult to spot in yourself, especially when you’re in the middle of a ‘discussion’.  At times, the more we focus on others’ biases, the less we can see in ourselves.

During our ‘little discussion’ today, the more I listened to the maniac / moron refuse to see my point of view, the more and more annoyed I was getting.  Towards the end of the meeting, I was becoming frozen by how he wasn’t listening to anything I said.  If I couldn’t reason with him, then what else could I do?  Of course, I couldn’t even bring myself to listen to any of the nonsense that he was talking about, the ridiculous stuff that was just out to rubbish my own flawless logic.  Then the sly name calling began, the subtle mud slinging (of course, he started it), reduced to bringing up wider issues that had little if anything to do with the discussion at hand – but it did prove the point that I was right.  The deeper it got, the more entrenched I became.  Why would I listen to anything he was saying if he was just bringing up irrelevant things to try and tarnish me with?

We were both locked in by our blindness of own biases and the disbelief of the others’.  How could he be so pig headed?  Why wasn’t he just listening to my reasoning?  I found myself stuck, my mind unable to come up with anything I could say to get my point across more.

Biases will always be there, but when my biases clashed with his, my own brain was fighting against me, against my refusal to listen to the logic in front of me.  The inertia I felt was caused by the cognitive dissonance of my biases saying I was right, but my mind hearing more and more reasons why I wasn’t.  Of course I was right, I always know what’s right.  And I knew that I was right.  He was the moron.  Or was he the maniac?  I guess if I was stuck, frozen by cognitive dissonance, then I must have been the moron and he must have been the maniac.  That solves that one, anyway.

What to do with your own maniacs and morons

To identify biases in ourselves, we need to start listening.  If we’ve already made our minds up before a conversation or discussion and we are only looking to bend someone else to our view, then there’s no point having the conversation.  They’re wrong, they’re the moron.  We need to remove ego where we can and be as alive as we can be to them, considering if we are someone else’s maniac or moron.

Actively listening to other discussions and focusing on any counter argument to our point of view may help to suppress our own biases, but sometimes one of the most important resources in getting a clear train of thought is time.  While it may be difficult in some circumstances, we should try to take time, or make time, to reflect on new information rather than give an instinctive response which could simply escalate tensions.  Even within a strictly scheduled meeting, there is an argument that no decision needs to be made right there and then; if new information has come up, say that you need time, or ask to be given time, to process this information.  Within a meeting, the Chair should be alive to others’ biases and their own and potentially act as mediator if needed.  The Chair should challenge biases if they start to become visible and look to de-heat tensions if they begin to emerge.

All of this still leaves a number of options when conflicting ideas and biases come together.  One of them is that (at least) one of you is quite simply wrong.  There will always be times when people are wrong, be it through misinformation, mistake or another cause.  Being aware of biases can go some way to explain an individual’s behaviour while it certainly doesn’t excuse it.

Cognitive biases exist in everyone’s mind, to a greater or lesser extent and they only really come to the fore when challenged by someone else’s biases.  This doesn’t affect the quality of an argument or the validity of reasoning but it can quickly skew any discussion and can descend into a war of words without either party gaining or ceding ground.  Can we force people to see their own biases?  Can we force people to confront their own biases?  Can we even begin to counter the blindness it causes?

Perhaps the way forward is to open up to our own biases: offer them up as a ‘straw man’ to the discussion and then we may be able to work through them.  Perhaps the way forward is to openly challenge someone else’s biases: “What would it take for you to change your mind on ‘x’?”.  Depending on any response to what could be a largely rhetorical question; it may be best to identify, acknowledge and move on.  The key will likely be the first part, in identifying them.  Having a few maniacs around us may result in getting things done rather than procrastinating; morons within our team may prompt us to take a more considered view; but it needs to be a balance that we’re alive to, both in ourselves and in others.

Will is an Army officer, working for over a decade at unit and brigade level in a number of different roles.  He has a wide range of experience in the joint environment, on Operations and in the UK, and is currently studying for a MSc focusing on the role social learning can have on leadership.

Moscow Rules: what drives Russia to confront the West