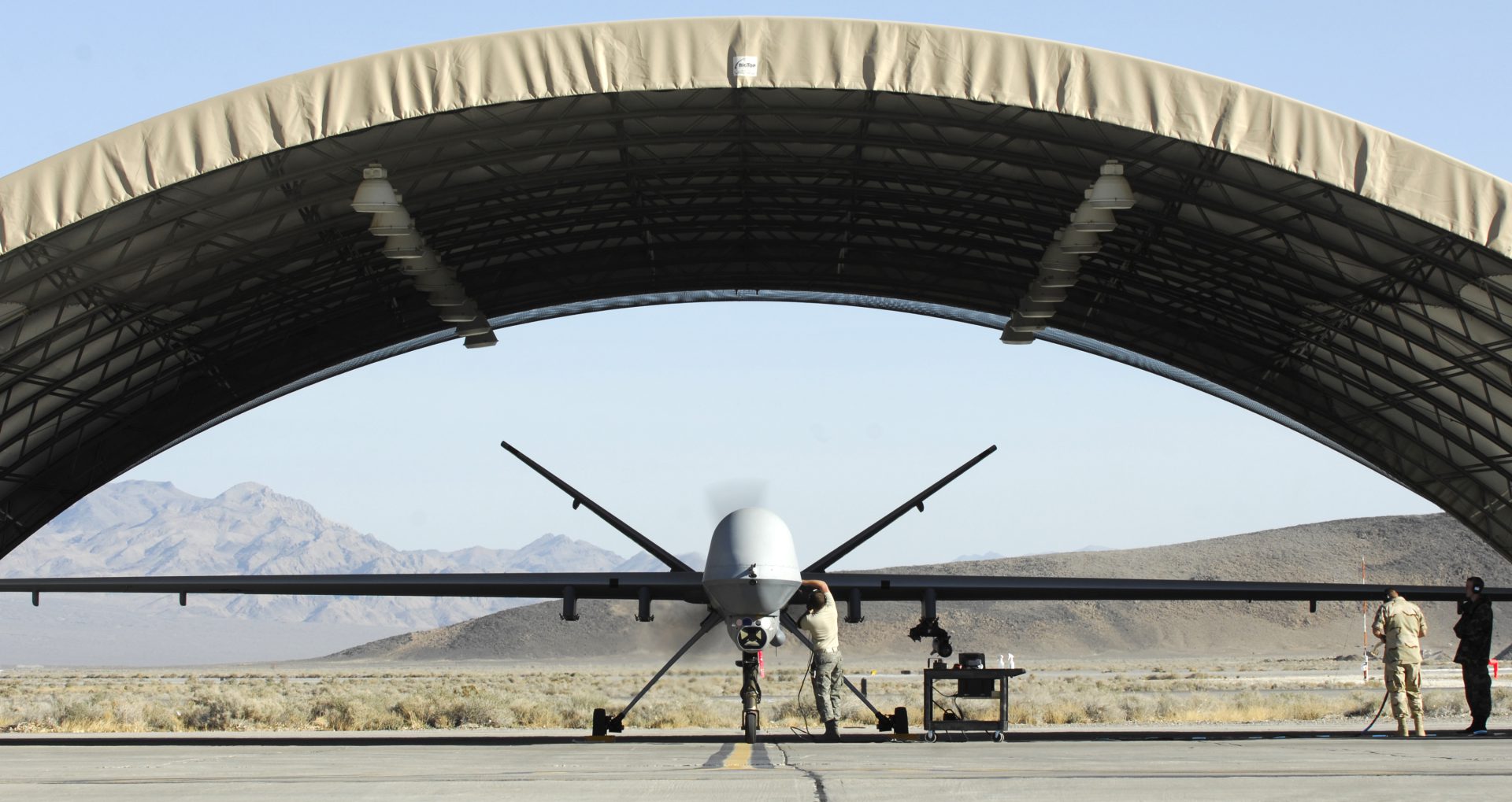 The British Army invests heavily in physical resources and equipment but has failed to develop a means of digitally tracking the battle with any degree of effectiveness.  This article argues that the failure to modernise both the digital Current Intelligence Picture (CIP) and digital analytical tools will critically limit the Army’s warfighting capability.  If the Army cannot effectively exploit the information it obtains, it will lose any competitive edge it has against its peers.

September 1944.  Arnhem.  The remains of 2 PARA1 defend the Arnhem Road Bridge against overwhelming odds.  They engage the enemy with bolt action rifles and spring-launched anti-tank grenades.  Analogue radios are used to call in limited fires from guns landed by glider.  Night vision and rotary aviation do not yet exist. What’s left of the 1st Airborne Brigade Intelligence Cell tracks the battle using maps; stickers; and hastily drawn grease pencil markings.  Using these basic tools, Intelligence Analysts try to build a picture of the enemy and provide guidance to the Commander.  Their assessments are based on intuition and the limited picture provided in unit situation reports via radio.  The perceived battle moves at the pace of staff officers marking the map.  The real battle moves much faster.

Five kilometres away in the 16 Brigade Current Operations Cell, Intelligence Analysts track the battle by moving stickers across maps and talc.  Kill charts are hastily updated by hand; enemy ORBATs reassessed; and the staff advised.  Critical decisions rest on these assessments.  Does the Brigade need to commit the reserve?  Should it launch an additional Apache pair?  Where will the enemy reserve counter-attack?

This is the modern Intelligence Cell of 2018. It is essentially the same as 1944.  A battle using 21st Century weapons of war is being commanded based on intelligence practices almost unchanged since Arnhem.

The context: an exponential growth in battlefield data; no increase in intelligence manning

Defence has invested in intelligence collection assets but has made little corresponding investment in intelligence processing tools.  The result is information overload.  The battlefield of today sees many more sensors collecting far more data about the activities of adversaries.3 Yet the data feed from a £5,000,000 UAV can be undone in a second when an elbow in a busy Operations Room knocks a pin out of a map.  As a US Joint Special Operations Command (JSOC) colonel once put it: “the amount of data available to inform our decision making is growing exponentially.  We are not getting a similar increase in manpower, so we must learn to be more efficient with what we have.  The best day to invest in this problem was yesterday.”4

Collection opportunities are rife, to the point where firms like Bellingcat can accurately track Russian Air Defence Systems using unclassified open source information alone.5  Each generation of military sensor picks up more detail and each individual on the battlefield has become a potential source of critical information.  It is a truism that “every man is a sensor” and the trend is clear: more data, more opportunity.  But only if the Armed Forces can harness it.

More data, to what end?  A new system is needed

One field of applied data science, Operations Research, concerns the accurate prediction of human behaviour based on analysis of collated data.  It is central to targeted advertising, modern architecture, and urban planning.  It is how modern cities can model the effects of changes to infrastructure before committing to costly redevelopment.  It is also how the US chain store Target was able to identify pregnancies amongst their customers before they started showing as pregnant.6 And this in a field where human-driven systems are considered the toughest nut to crack because of their inherent randomness.7

In comparison, military organisations in the field are a dream for an Operations Research team.  Military behaviour is curbed by rigid adherence to doctrine, checklists, and timelines.  Planning cycles generate numerous repeatable patterns of warning orders, situation reports, and orders groups; structured and doctrinal military behaviours are inherently predictable.  Our opponent’s behaviour is as well, if we can collect, collate, and analyse the data.

Consider the signatures, both physical and electronic, emitted during a planning cycle.  The regular emissions denoting warning orders and SITREPs; the physical movement required for orders groups and rehearsals; the early deployment of recce elements and other surveillance assets, the scheduled movements that get everyone in place for H-Hour.  Combat intelligence is the art of receiving snippets of data, processing them, and providing timely analysis.  If we have some success based on 1% (an approximation) of available data, what could be done with 10%?  20%?

This isn’t immediately an issue of collection, for frequently someone or something on the battlefield has acquired the data needed.  Currently, however, the Army has limited means available to centrally collate and analyse this beyond a map, a set of stickers, and maybe an excel spreadsheet.  Intelligence collation and processing NEEDS to go digital.

There is, therefore, a clear requirement.  A piece of software that collates varied data points (e.g. a picture of a T-90 posted on Twitter, an Observation Post sighting of an Enemy, or a report from a F35 pilot) and has the tools for a human analyst to manipulate them over mapping; in visualisations; and on timelines.  Imagine the advantages available in being able to digitally replay an enemy attack and identify patterns that might allow analysts to predict (and ambush) the next.  Or to track back the enemy route to their C2 nodes and, in real time, strike.

As a minimum, Defence must have a digital means of tracking the battle and logging data points for coherent, informed analysis.

Invest and it works

These requirements have been addressed by other organisations and the software (in one form or another) largely exists.  Several US land formations have used a system on WARFIGHTER (a Corps level warfighting exercise) to collate data from all friendly sensors onto an interactive 3D mapping system.  The system updates in near-real time and feeds intelligence analysis.  On WARFIGHTER 17/5 this allowed the Commanding General of the US  82nd Division to command from an in-air Black Hawk.  Using a tablet.8 Keeping the US focus, JSOC have for a long time pioneered digital analysis tools in counter-terrorism intelligence work.  The requirements for the counter terror intelligence community are not that wildly different from the warfighting component.

Bespoke software does not come cheap.  The cost must be balanced against the advantages of digital intelligence processing tools which would act as a force multiplier to other expensive Defence investments by improving their utility and effectiveness.  The US example above shows, however, that this development does not need to begin from scratch.

Going digital does not mean forgeting the basics.

It has become a truism in the Army intelligence community that in a peer-on-peer fight C2 denial should be expected.  It’s a lesson borne by painful experience of the Ukrainian Armed Forces, and one that is ignored at its peril.9 Defence should, of course, never be in a position where denial of C2 stops us from providing intelligence support. In the same way that all intelligence analysts are soldiers first; all analysts must remain map-and-stickers trained.   However, this does not mean that Defence can forever paper over the growing cracks in intelligence processes.

Investment is critically required, and we must look towards a digital future.   The alternative is that we enter tomorrow’s wars with intelligence processes fundamentally unaltered since the Second World War.