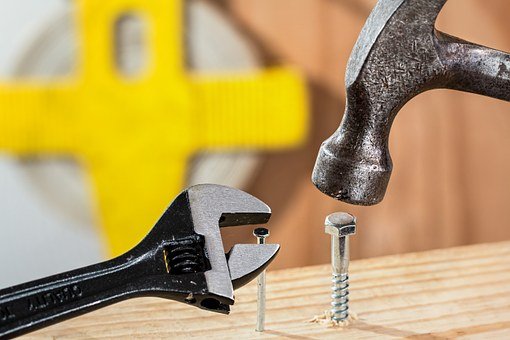 A culture of apathy and dishonesty within the British Army

I write this opinion piece from a position of fortune – I am lucky to be in a job where I work with, and lead, circa one hundred young soldiers of the British Army.  This opportunity is both exciting and fascinating however, I am acutely aware that I am part of a system which is failing them.  I will spend two years asking them to train and potentially go to war with equipment that, in the best case, was procured before I was born and, in the worst case, was procured before my parents were born.  Whilst this represents a physical manifestation of a wider issue, the British Army has become an organisation in which activity, caveated by bumper sticker slogans, has primacy over outcomes and effects that, in turn, has generated a ‘say do gap’ which is crippling its effectiveness.

The language of nonsense

In many ways it is surprising that as many as 53% of the U.K.’s population believe that the British Army is ‘innovative’ and ‘world leading’, but perhaps less so when such a high number declare a disinterest in military matters.1  However, this narrative of being both world leading and innovative is not helped by the Army’s language of change which has become increasingly impenetrable.2  The impact of this baffling language is compounded by ‘military presentism’ and a culture which appears increasingly faddist in its tone.3   Everything cannot be adaptive, innovative, transformative and modernised…and that’s before we get on to the game changers, wise pivots and moonshots, or the abstract concepts of information advantage, information manoeuvre and prototype warfare.  These platitudes of change have become a drop-down selection in our senior leaderships’ speeches, with almost all internal and external communications sprinkled with this language of meaningless nonsense.4

Why is this an issue? Because we are losing, and in some cases have lost, the ability to communicate our message to our political masters, the public whom we serve, and our own team.  We need to be clear about issues and threats and, if we lack credibility in these messages, we should not be surprised when key audiences simply don’t understand.  This impenetrable language is a barrier, not only to understanding but also to debate – how can we expect people to discuss, critique and develop these approaches if they are never clearly articulated by those who espouse them, or understood by those who need to enact them? The language of nonsense has become our culture and it looks and feels like the British Army has reached ‘peak bullshit’,5 a time where the narrative trumps effective outcomes.  Peak bullshit for the Army is an amalgamation of ill-defined concepts, where the remits of post-truth and fake news are as applicable to our narrative as they are to Russian denial of activity.  As a 2015 report into the culture of the U.S. Army found, ‘the deception that occurs in the profession of Arms is encouraged’ and the British Army is no different.6

The British Army has been heavily criticised for its procurement of armoured vehicles.  The recent Defence Select Committee hearing on this issue was enlightening.7 Whilst it is hard to escape the ‘increasing age and obsolescence’ of many core equipment types – noting that we are moving from classic to vintage status for some capabilities – the committee attempted to understand why.8 Why is it that with a budget of so much, we get so little?9 The committee hearing was not enlightening because of the answers offered, more so because of the preponderance for evasive language to creep into deliberately obfuscated answers.  It was almost as if no one was responsible and no one had taken the decision to own the problem that we so often talk around.

The 2016 Chilcott Inquiry, which assessed the UK’s decision to intervene in Iraq, directed significant criticism at the British Army for the decision to continue using Snatch Land Rovers 20 years ago in the face of a ‘clear and growing threat from improvised explosive devices’.10 It had been slow, and continues to be so, at understanding lessons and acting on them.  Lessons from the conflict in Ukraine, and the recent Nagorno-Karabakh conflict, demonstrate that the proliferation of sensors and linked weapon systems, guided by a well-integrated command system, has reduced the survivability of people and vehicles on the modern battlefield. The effectiveness of these combinations, filmed and edited into social media clips, has demonstrated a public humiliation of Armenia’s Armed Forces in almost real or near-time.  Alarmingly, Armenia, operating close to its borders has struggled and at times been comprehensively defeated.  The British Army’s tactics, techniques and procdures may have gone some way to redress these issues, however its ageing and obsolete equipment, along with the individuals who crew them, would have been at significant risk.  What is most concerning is that the potential lessons being discussed from this year’s Nagorno-Karabakh conflict are not new – they were identified in 2014 in Ukraine, used across the Middle East repeatedly since and, having now been refined, are more effective than ever.

Our current platforms, nor the ones due to come into service over the next decade, will alter this survivability dilemma in any meaning full way. Selling this challenge to my soldiers isn’t a leadership challenge, it is a moral one.  Dr. Jack Watling politely suggests that ‘there is a tendency for Western soldiers to dismiss what can be learned from these incidents’.11 I would go further and suggest that there is a substantial level of hubris in this organisation, which ignores facts with a presumption that tactical competency will trump technical proficiency.  This is a dangerous assumption.12

As Prof. Peter Roberts of RUSI recently noted, it is rare to meet anyone in the procurement line of business who isn’t ‘busting a gut to try and make the whole thing work.’ So where is it going wrong?13  Intellectual dishonesty of the problem is central.  Defence, and the Army particularly, would rather set up yet another initiative to try and circumvent this process rather than try to reform the procurement process and develop it.  Be it the Defence Transformation Fund,14 or the Defence Innovation Fund,15 Defence has business dementia, ignoring or forgetting the actual issues and trying to set up yet more initiatives that try to do things ‘differently’ with little to no focus on the core problem.  The initiatives above, supplemented by admirable activities such as the Army Warfighting Experiment or the Commander Field Army’s Innovation & Experimentation funding generate activity, but they do not tackle the core problem about how we procure ‘stuff’ in a timely and effective manner.  We have a culture where we would rather risk the lives of our soldiers than make the hard decisions in procurement avoiding challenging the process and procedures surrounding these issues.  There is a perception that no one has the ability to decide – with approvals, committees, programmes and project governance – responsibilities are further obfuscated stifling any opportunity to adapt at pace, or hold people accountable. Options are evaluated on the risk of doing something, ignoring the fact that the risk of not doing anything is often equally as significant. It is not just that this ‘risk aversion is exhausting us’, it is detrimentally altering our decision-making ability, generating a culture where doing the easiest thing, rather than the right thing, is so often taken.16

There is an irony in that the commercial and other governance used to ensure value for taxpayers’ money drives such perverse incentives which sees the process as king. Why is Army Headquarters so large? Partly because all too often the staffing of the process is prioritised over the staffing of those positions which offer any real opportunity to enact meaningful change. This is a leadership challenge, but is marred by a culture which never has and seemingly never will support disruptive thinkers or those with a gift to deliver.  Programme CASTLE has commendable aspirations and seeks to identify how we develop our people and employ them correctly, to both maximise their potential and to tackle the problems above.  We need to be better at our jobs and the endless cycle of employing gifted amateurs is evidently no longer fit for purpose.  Ironically even Programme CASTLE, with direct support from the top and in its third year, is still struggling to implement anything meaningful, and certainly nothing that is likely to abate the chronic indecision at the centre of how the British Army spends its money.

The Say do Gap

It is a cliché that our most important asset is our people.17  A cynic would say that a General can’t talk to a tank, therefore of course will say that the ‘British soldier is the best piece of kit we’ve got’, however it is clear that we have a ‘say-do gap…when actions do not match words’ which in turn ‘erodes trust and credibility’ at all levels.18  The 2018 announcement of women being allowed to join all Arms of the British Army was a very direct and clear message that we not only appreciate equality but understand that women make our fighting forces ‘more effective’.19 With this in mind, it seems odd that women in the British Army still don’t have uniform which fits them.20 The actual impact of making women wear male clothing may be debatable, the ‘so what’ of not having body armour that fits women’s bodies is not. It demonstrates directly that we don’t care enough.  If we as an organisation believe this message why is it not backed up with money and action? Clear messaging such as this, has been met by inaction and a clear inability to deliver and is therefore a key indicator that the British Army has a cultural problem. This could, should and must be addressed through direct leadership action.

The interconnected world allows our youngest soldier all the way to our most senior Generals the opportunity to communicate to an ever expanding audience, across a variety of platforms.  Central to communication is language – it must be clear, it must be concise and, most importantly, we must understand it ourselves. We have a cultural problem where we are not willing to close with and tackle the real issues – this is the real leadership challenge of our generation. We must be clear about the challenges we face and our plans to tackle them –  these challenges and plans must be concise and must be understood. A ruthless focus on these challenges should follow – they cannot be allowed to be redefined, refocused or redrafted at the whim of our processes or, as so often is the case, our posting cycles. We have been offered a truly ‘golden opportunity’ to enact meaningful change with the latest funding announcement increase,  but we must hold our selves accountable and the only way to do this is to stop confusing activity for suitable outcomes and effects.21  Relevant skills, across the critical areas of People, Process and Technology will be key for the road ahead.22  Solving this challenge will require comprehensible and firm direction, and until this language of nonsense stops it is very hard to see how this culture of apathy and dishonesty within the British Army will ever change.