There is no doubt that the Armed Forces place huge store on physical fitness, and understandably so as it is essential for a fighting force which is called to ply a trade in arduous conditions as it has been for generations. But is there the same emphasis on mental health and wellbeing, which is surely an equal component of resilience and fitness to fight?

This article explores how increasing awareness of mental health can hone operational effectiveness and is drawn from my own experience in the RAF and, more recently, as a Mental Health First Aid (MHFA) England Instructor Member.

My immediate memories of initial training are of running around (a lot) and I certainly graduated much physically fitter than when I arrived. But when I look back at it, had all of us really been properly prepared mentally for the unique challenges of Service life?

This was brought home early on when one member of our graduating squadron took his own life a couple of years afterwards. I have no idea of what led to his mental distress, but could that loss of life have been prevented? And this is a theme that recurred in the 2000s when I had a role overseeing Service Inquiries, including those relating to suicide. So many of the signs and symptoms of mental distress were, with hindsight, evident but not appreciated by family members, friends, peers, or the chain of command.

Positively, the statistics suggest that the suicide rate within the UK Armed Forces is lower than for the UK general population – although men aged 24 or younger who have left the armed forces have a statistical risk of suicide two to three times higher than men the same age who have not served. The essential point, however, is that the Armed Forces are not immune from the stresses of life which can contribute towards the onset of mental ill health.

Statistics tell us that one in four of us will experience a mental health issue over the course of a year. And, like physical health, there are many categories of such issues: depression, anxiety disorders, post-traumatic stress disorder (PTSD), psychosis and eating disorders being among the most common.

A member of the Armed Forces who is experiencing mental ill health, depending on the severity of their symptoms, may be in no better place to carry out their role than if they were hampered by a torn ankle ligament. The difference, however, is that while the signs of a torn ankle ligament are obvious and widely recognised by others, some signs associated with mental ill health are less recognised, meaning people are less likely to intervene and offer help. In some cases these symptoms may come across as threatening to those who don’t have an understanding or awareness of mental health.  How would we, for instance, react to an individual (perhaps particularly a man?) who has crying spells, neglects their responsibilities or who loses motivation? Would we perceive them as weak or showing a lack of moral fibre? Or would we accept that they might be experiencing emotional distress which needs intervention just as a painful ankle does?

The Armed Forces have undoubtedly over recent decades improved understanding of the mental health implications of service life, and particularly operational service. But if its people are to be the best they can be, there is still work to be done to spread mental health and wellbeing awareness across the rank structures, and thus to reduce the stigma.

I have been privileged to have been invited to deliver the Armed Forces Mental Health First Aid Two Day course to units and formations across all three services over the past four years. For those who may not be familiar with MHFA England training, it is an evidence-based learning approach with the aim of improving mental health awareness and skills among the population. A specific course tailored for the Armed Forces and the wider Service community (including family groups and veterans), was created in 2012 and updated in 2018.

Completing an MHFA Two Day course certifies people as Mental Health First Aiders (akin to Physical First Aiders) and enables them to become the eyes and ears of their formation in relation to mental health. They are therefore well-placed to look out for colleagues who may be experiencing difficulties, know how to listen if they want to talk, and understand what support, inside and outside the clinical framework, is available. Mental Health First Aiders also have:

I have delivered this course to ranks from 1*, through COs to lance corporal (or equivalent), usually in a mixed-rank group of 16 or so personnel. What has not surprised me, but I have been pleased to see, is how when they are given the opportunity of a safe, mental health aware environment, our people open up about their own experiences. The more this happens the better. As a psychologist myself, I so often see how people’s life experiences, if they don’t get the right support, can result in mental ill health or distress.

So, if the Armed Forces are to be the best they can be, the key is for us to understand what can be done to promote mental wellbeing, reduce the risk factors associated with the onset of mental ill health, and to support without stigma people experiencing distress. In my view Mental Health First Aid training works and is a vital tool in honing the operational posture and resilience of our Armed Forces. 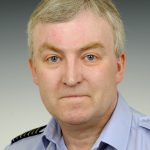 Richard Castle left the RAF in 2012 as a Group Captain after a career in support of air and Joint operations, primarily in the HR and Resilience fields.  He is now a Chartered Trauma Psychologist specialising in the disaster preparedness and recovery area, most recently in the wake of the 2017 Grenfell Tower Fire.  He holds a PhD in the Psychological Aspects of Burns Trauma and is also a Mental Health First Aid (MHFA) England Instructor Member.

Is the British military too fat to think?