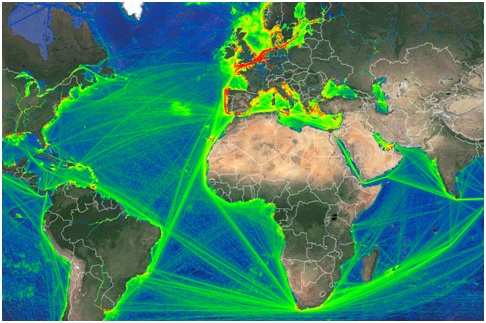 Our armed forces never seem to have quite enough money for what they need.  Fortunately we can decide what is actually required and what can be left by asking ourselves just one simple question: what is vital and what is merely important?

The UK has only four vital defence requirements.  First we need to avoid having hostile foreign troops in the UK, for their presence would interrupt our democratic processes and free enterprise.  Secondly we need to ensure that our cities remain undestroyed by aerial attack.  Then, thirdly, as a crowded island with an advanced, open economy but which cannot feed itself we must be able to use the Atlantic to trade and import our food and energy.  Finally we must be able to project force to protect our overseas territories and honour our commitments to NATO and others.

There are also many things that are important.  We would like to be able to intervene directly on land at scale, for warfighting or stabilisation. But these tasks are currently only important to us, not vital.

In allocating resources we must satisfy the vital before the important, for we cannot do both.  So what capabilities do we need for the four vital tasks?

With all our vital requirements depending upon sea power it is strange that we have three and a half times more people focusing on land power than on sea power.  There are 85,000 service people in the army, Royal Marines and RAF regiment against just 24,000 in the Royal Navy and the RAF’s P8 force.  The result is armed forces relatively strong for important issues but vitally lacking for vital ones.  For instance we have only nineteen frigates and destroyers.  This is about as many as were sunk or damaged in the Falklands War and far less than we need to protect trade across an ocean, even in conjunction with allies.

As a first step we should probably not reverse the three and a half to one ratio, or even bring it into balance.  Merely following the example of Australia would suffice; like us they are an island sitting off a continent.  Implementing their two to one regular personnel ratio would involve dropping our numbers of land focused personnel by 15,000 to 70,000, thereby allowing 10,000 more sailors (which cost more per head, given the kit they use).  34,000 people devoted to sea power rather than 24,000, coming with the associated additional ships, submarines and aircraft, would make us far safer from invasion, from aerial destruction and from starvation from blockade, while still enabling vital power projection.

This is not original.  It is just a partial return to the UK’s historic posture of having balance between land and sea power.  It was only our decision in the First World War to commit to a debilitating continental commitment which shifted the balance towards the land.  And while land power gets us involved in messy stalemates in places like Iraq and Afghanistan, sea power can enable true global reach and influence.

Of course the change would see the loss of some important capabilities.  In particular we would no longer be able to conduct a major land intervention without a multi-year lead time.  That would be a loss, but not a vital one, and certainly not one that threatens our safety.  In wartime so long as our sea power holds the ring we can build an army, but if we lose the sea then no army, of any size, can be of use.

This is not an argument against land power in general.  For Poland, for example, with long and vulnerable land borders, the vital requirement is land power.

But Britain is an island.  Our vital interests require sea power above all else.  That is where our resources should be focused.

"John" is an experienced Royal Navy Warfare officer with over two decades of operational experience behind him. He has a considerable background in maritime operations having served extensively in the Arabian Gulf, Baltic, Caribbean and South Atlantic as well as ashore in Iraq.