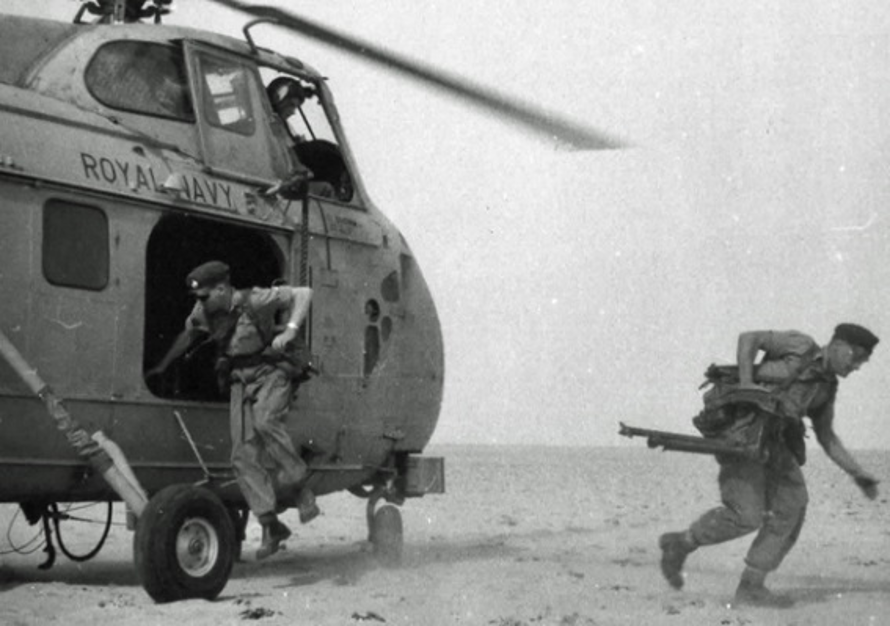 It is sometimes suggested that ‘the decisive act always occurs in the land domain.’ This article explains why the idea isn’t true and gets in the way of understanding how the domains interact.

It’s all Greek to me!

To start with some examples of the decisive act occurring other than in the land domain, one small European country has seen at least four examples of it occurring at sea. In 1827 at the Battle of Navarino in the South West of modern Greece a British, French and Russian fleet defeated the Ottomans, saving the Greek revolt.1 Subsequent action on land merely confirmed what everyone knew as soon the smoke from the ships’ guns subsided; that the fledgling Greek state would succeed. Centuries earlier, in 480 BC, Greek victory at the battle of Salamis by Athens persuaded the Persian Xerxes to retreat, enabling the survival of the Greek city states. Between those two sea battles, still in the waters of the same country, there was the battle of Actium in 31 BC, the sea battle between Octavian and Anthony which decided the final war of the Roman Republic and is often taken to mark the start of the Roman Empire. More recently the battle of Lepanto in 1571 AD marked and largely determined the end of the Ottoman Empire’s expansion in the Mediterranean.

So decisive acts can take place in the maritime domain. We see this again as we switch continents to North America and the American War of Independence. It was the Battle of the Capes in 1781 when the British fleet failed to end the French blockade of the besieged British army at Yorktown that brought a change of government in Britain and an acceptance that the war would have to end by negotiation. The Royal Navy’s decisive victory at the battle of the Saintes off Guadeloupe in 1782 then restored British power in the Caribbean, forcing the French to modify their demands, so enabling peace to be agreed. As the American General (and later President) Washington wrote, “You will have observed that, whatever efforts are made by the land armies, the navy must have the casting vote in the present contest.”

The American War of Independence also reminds us that having soldiers in the enemy capital, the prerogative of the land domain and often presumed to be decisive, doesn’t necessarily bring victory. In 1777 Britain occupied the seat of the American government in Philadelphia without making much difference. Similarly, in the Seven Years war the Russian army occupied Berlin in 1760 but did not prevent Prussia holding on to its conquests. Later Napoleon occupied most European capitals but still lost and more recently the Allied occupation of Baghdad in 2003 didn’t bring about a peaceful Iraq. The contrary also applies: it is perfectly possible to achieve a decisive victory in war without occupying another nation’s capital, as the major nations experienced in the First World War and the United Kingdom demonstrated in many wars in the seventeenth and eighteenth century. Indeed the First Anglo-Dutch war (1652-4) was won without a single land battle being fought.

But the sea is important for far more than battles, for its facility at enabling the movement of cargoes gives a huge advantage. During the First World War the Germans could trade with only central Europe and Scandinavia, a small part of one continent, while the Royal Navy enabled the allies to draw in resources from every other part of the planet. Men from the colonies, beef from South America, weapons from the United States and much more from across the world were brought to Europe over British controlled seas to overwhelm the Central Powers. Meanwhile the massive reduction in imports to Germany had a major effect on its ability to wage war. The first food riots occurred in late 1915 and by 1917 German average calorific intake was far below what was required: rations for troops on the front line were reduced and on the home front nearly half a million Germans died from the consequences of hunger. Concurrently, while British factories were increasing their output, German factories were hamstrung by a lack of raw materials. Control of the sea enables the resources of the globe to be brought to bear; lack of it can be devastating. It is partly for this reason that, as Colin Gray reminds us, “great sea powers or maritime coalitions have either won or, occasionally, drawn every major war in modern history.”

The example of the First World War is useful for introducing the second idea in this article, the importance of how the different domains interact. The Royal Navy and the allied armies depended upon each other. The armies needed the Navy for the materiel superiority that made victory in battles of attrition possible, but the Navy needed the armies to hem the Germans in and so make the blockade effective. When the Germans achieved rapid land conquests in the Second World War the Allied blockade was less immediately effective, though lack of oil was constraining German and Italian actions from 1942.

Indeed it is frequently difficult to see which domain is the more decisive. Operation Vantage in 1961 was a joint British operation responding to an Iraqi declaration that it would take over Kuwait. A Royal Naval task force including a fixed wing and commando carrier sprinted to the area, achieved air superiority, threatened to stop all Iraqi maritime trade and in the first day landed half a Brigade of troops, led by 42 Commando (see the initial photograph). As more reinforcements came in by air Iraq pulled back from invasion. Was it the airpower, the seapower or the land power that made the difference? The reality is that all three depended on and supported each other.

Today of course we add the cyber and space domains to the maritime, land and air ones. The military instrument of power meanwhile sits alongside the diplomatic, informational and economic ones. Within that mix sometimes one aspect is more important than the others.

What is clear though is that the idea that the decisive act is always in the land domain is not only wrong, it obscures how action in the different domains interacts to bring success.

"John" is an experienced Royal Navy Warfare officer with over two decades of operational experience behind him. He has a considerable background in maritime operations having served extensively in the Arabian Gulf, Baltic, Caribbean and South Atlantic as well as ashore in Iraq.