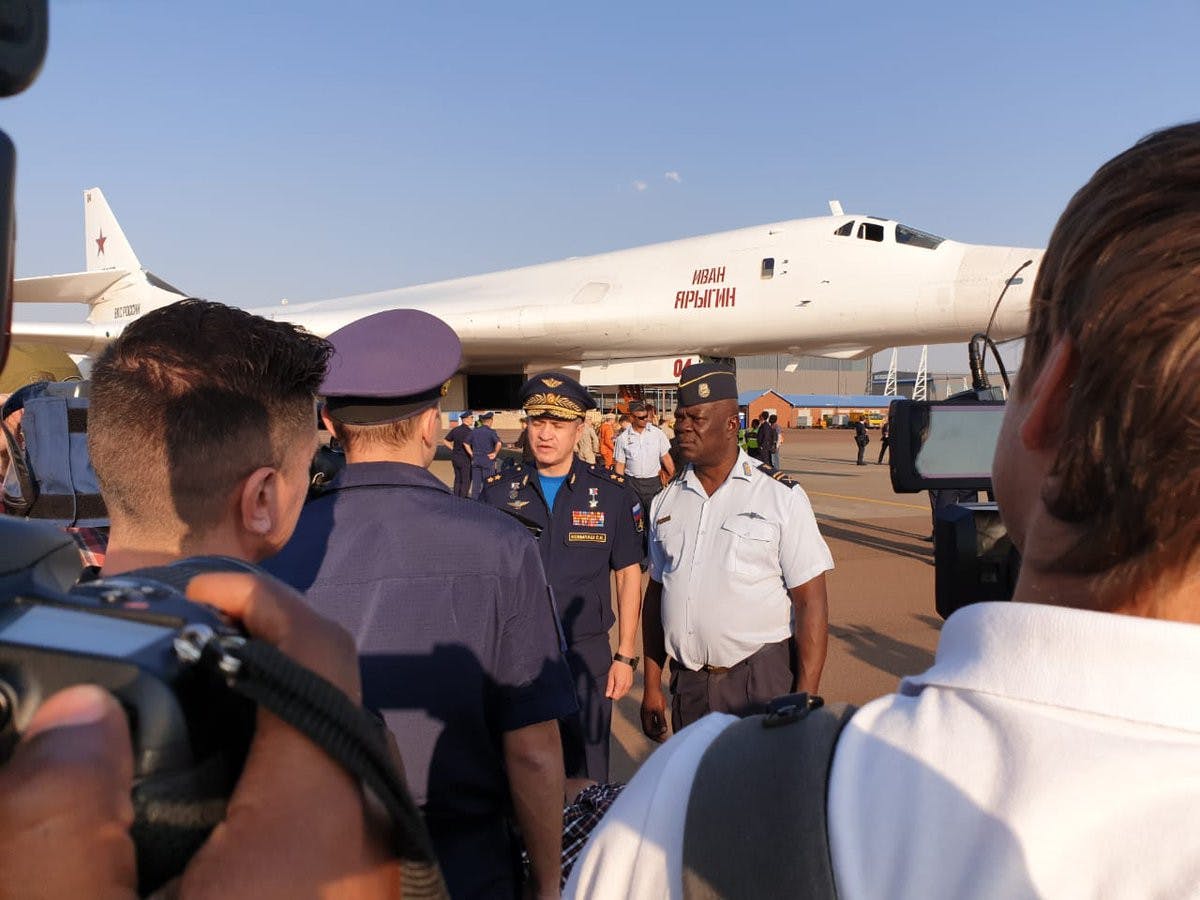 In response to its pariah status brought on by its activities in the Ukraine and Syria, Russia has made a concerted effort with both soft and hard power to gain influence in Africa. Russia’s activities have spread across the continent1including into ‘Anglosphere’ Commonwealth countries where they have supported movements and regimes that run counter to UK interests.

Russia’s African activities are a mix of soft diplomacy and the use of hard power via contractors tied to the Kremlin2. This mix of low level tactics has already yielded results in Zimbabwe, Egypt, Libya, Central African Republic, Mozambique, Sudan, Guinea and the DRC. In each of these countries, you will find Russian mineral extraction companies and ‘little green men’3provided by the Wagner security group: a Kremlin endorsed entity led by Lt Col. Dmitriy Utkin (but allegedly funded by Kremlin insider Yevgeny Prigozhin, Putin’s “chef”) protecting them and providing support.

Russia has two objectives in Africa. Firstly to increase its global political influence and second to use that influence for economic gain.  The continent has 55 mostly mineral rich countries which, due to their socio-economic vulnerabilities, are susceptible to foreign influence. This takes various forms, from Japanese investment in return for support for its whaling activities, to advisory positions such as Russian actors in the Gambia.  This chimes with Russia’s multi-polar world view that no nation should have complete hegemony. As a result, Russia has sought support on international forums and within groups to curtail the liberal rules based international order. Russia’s first significant foray after the breakup of the USSR was into emerging markets and economies including South Africa.  Since Russia’s expulsion from the G8 and subsequent sanctions, it has moved from a marginal player to major one, bypassing the US led consensus.

The concessions given to Russian companies operating in Africa is significant and they offer an immediate and attractive counter to western value-based liberalism and Chinese pragmatism4 . African nations caught between the two big beasts now have a third way which is seemingly not as insidious as Chinese investment or as all-consuming as US support. Russia has also demonstrated that it does not abandon its ‘friends’5. Russia’s support of Assad vs NATO (which in Russian eyes is considered to be a US entity) has its roots in NATO actions against Gaddafi, which have not gone unnoticed by the continent’s hard men. On a continent where political legitimacy and civil strife are but a step away, having partners that will continue to provide support, are worth a counterpoint to Russia’s reach and influence6. Entrenched US, French and UK positions on the continent point to a good base to counter any Russian exploitation. China’s economic power on the continent exceeds that of every other player except the US, which prefers to utilise its Foreign Direct Investment via commercial enterprise as opposed to state funds7; a mechanism (which tied to AFRICOM presence), gives the US influence across the continent. Old colonial hands – the UK8and France (and to a lesser extent Portugal, Italy and Germany) provide training and assistance, COIN and economic programmes in their former colonies 10 Added to this, the AU’s initiatives in attempting to become a supra-national entity for the continent much like the European Union is for Europe have led to it actively engaging with the EU and NATO12.

This is not to say that Africa will lean east, but it does tell a narrative of ever increasing competition for influence on a continent that has traditionally been viewed through post-colonial lens, and which has many contradictory factors pulling it apart – transnational crime, terrorism (homegrown and imported), vulnerability to economic shocks, poor governance, growing populations, ecological disasters (manmade and natural) and mass migration to name a few.

What can the UK do? And more importantly, why should the UK do anything? I’ll answer the second question first.  Africa will be both the youngest and largest continent in terms of demographics by the middle of this century. Assuming, Africa manages this population growth and its various other pressures, it will become the single biggest market in the world thanks to its recently signed free trade agreement, which Russia is well positioned to take advantage of.  On the other hand, if Africa does not manage its existing pressures, then inevitably those pressures will lead to the current situation of economic migration (on a larger scale as the competition for resources gets wider ad more intense) and the further potential of destabilizing forces – terrorism etc. affecting the UK rather than Russia, thanks to the quirk of geography and familiarity.  In short, it’s to the UK’s benefit in either scenario to get involved.

GRAPHA is a good start. The framework has sought to tie in a ‘whole of government approach’ into its relationship with the continent, especially its former colonial holdings. But that is not enough. From a military perspective, one potential course of action is the reintroduction of a very old concept – ‘political’ officers into African Union and subordinate structures across the continent. In concert with military attaches, high commissioners and ambassadors, these individuals would be empowered to act as early warning operators and assist the AU in its remit of peacekeeping and peace building within Africa providing a low cost, high impact mechanism that would be mutually benefit both the UK and partner nations in Africa.

Another course of action is expanding our training and assistance missions into areas not traditionally touched by Defence, for example – anti-poaching (which we current do in Malawi13) which is a central and southern African issue that fuels criminality (the same organisations that engage in poaching are also responsible for money laundering14with some of the proceeds going to armed groups and violent extremist organisations), the loss of livelihoods of those who rely on continued bio-tourism and subsequent increases in instability in the region. This is but one area in which the UK is uniquely placed thanks in part to the good work by other UK agencies and entities (including Royal patronage of African based charities). Others include using almost 2 decades of accumulated trauma and recovery medicine to assist in emergencies on the continent, both natural disasters and conflict. That would mean stepping into areas traditionally served by NGOs and IOs such as the ICRC and the UN, but would allow the UK to utilise already existing expertise to both assist on humanitarian grounds and gain influence in the process.

All the above options are low cost, high impact counterpoints to Russian activities which, thanks to their more ‘pragmatic’ approach might held short term influence thanks to physical absence but won’t and don’t contribute towards the general wellbeing of the population for any given country. And in Africa, the population is the center of gravity.

In short, as a geopolitical adversary, Russia is well positioned to capitalise on its recent diplomatic, commercial and clandestine activities in Africa. To counter this, the UK needs to continue and increase its level of participation and interest on and in the continent lest it be left out in the cold. Of this, UK military in particular can offer low cost, high impact effects which will contribute to the stability of the continent while increasing the UK’s influence to counter Russia.

‘X’ has served in a variety of single, joint service and coalition roles (including NATO staff) at home and away. Has a keen interest in personnel management, strategic planning and ‘beyond horizon’ issues.