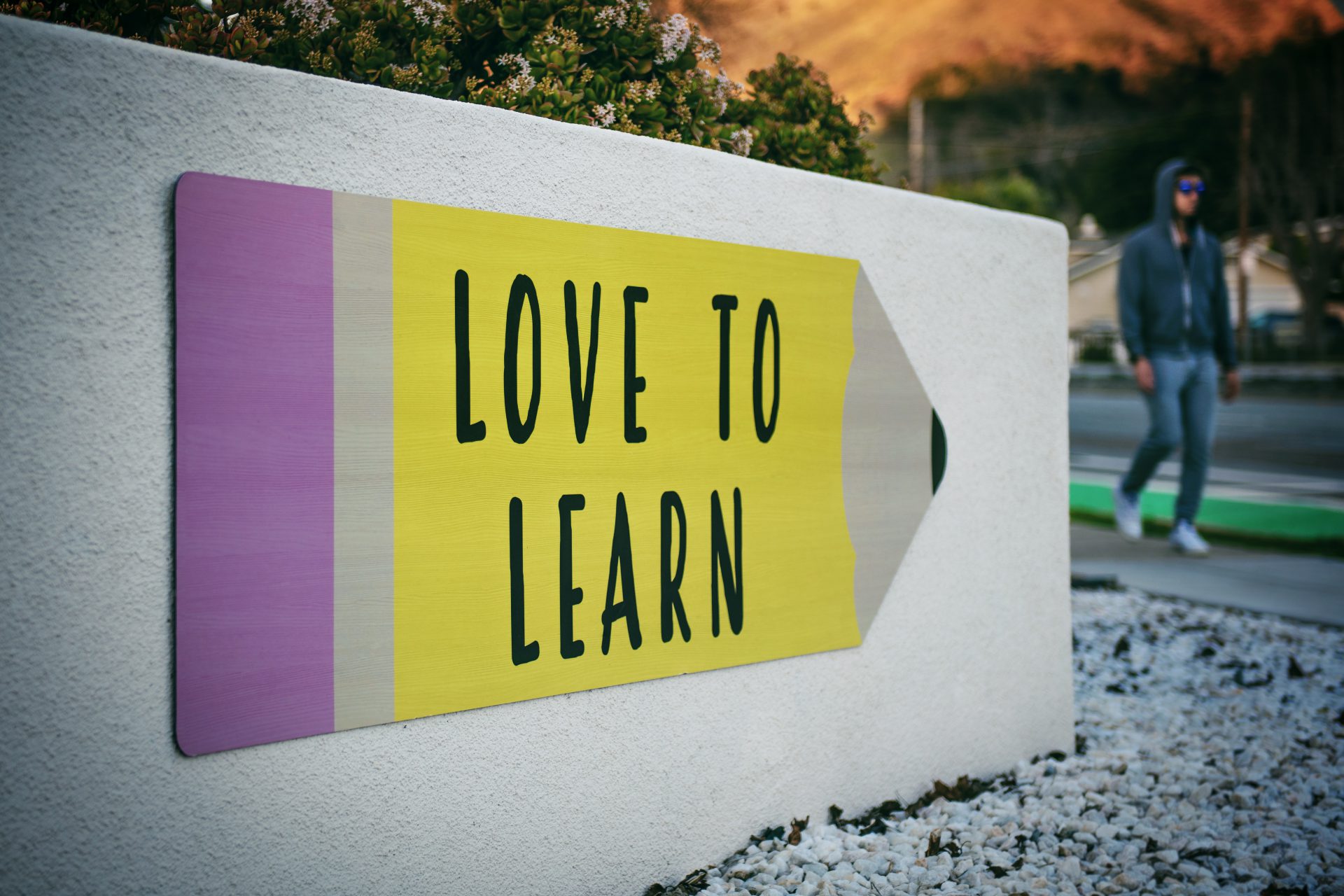 Christmas #PME: Looking for something to read?

Christmas leave is here!  In the Wavell Room we’ve been busy putting up the tree, singing the odd carol and discussing, well, you know, defence politics and gravy boats. 2019 has seen an excellent level of writing and commentary.  For our 2019 Christmas reading list we’ve asked our team of editors to highlight their top picks for PME.  We’ve not just selected military topics, after all, someone relatively high profile recently reminded us reading lists can be ‘self help quackery’.  So we’ve broadened the theme to include ‘stuff’ that we think is just great self development for you and those around you. Obviously, we have some ‘virtuous’ military based suggestions as well… that is our purpose after all.

Before you read our picks, however, we have a proposal.  If you have a good idea over leave, why not jot down some notes?   Once you’ve had a few more mince pies, turn those notes into an article and send us a draft.  We will give your ideas a forum and reach; what have you got to lose?! We would love to publish your thinking in 2020.

So here it goes…top picks from the Wavell Room team.

Let Me Tell You This is the debut collection from a bold new voice in British poetry, Nadine Aisha Jassat.  Searingly honest, Jassat explores race, gender and identity in ways that are not just ‘intersectional’, but concurrent, constant and real: “I exist, somewhere between / ‘are you Asian?’ / and / ‘Nice tits!’”  Embracing the borderland between ‘us’ and ‘them’, she carries us beyond discomfort, challenging us to question our assumptions about who we are and what it means to be ‘the other’.

The Dad Lab by Sergei Urban.  Not just for “Dads”, this delightful book (accompanied by Sergei’s YouTube channel) is packed full of science and technology activities and experiments that you can do at home.  This book is full of fun and full of lightbulb moments for your little darlings; little darlings who are the engineers and scientists of the future.  The engineers and scientists that defence, and the rest of the UK economy is already crying out for. Start them young, have fun along the way and perhaps inspire future educational and career choices.  The ultimate antidote to the holiday season cries of “I’m bored!!”

War and the Liberal Conscience by Michael Howard.  The Wavell Team were devastated to hear of the death of Sir Michael Howard in December.  We are recommending this book both as a tribute to him and because it’s really good. Is war rooted in the vested interests of the ruling classes Howards asks.  Shouldn’t all disputes be settled by politics and not violence? His conclusion that peacemaking is a task which has to be tackled afresh every day seems adapt for this Christmas season.

2019 has seen some excellent reports from the Royal United Services Institute (RUSI).  From ‘Fires’ to ‘Future Commando Forces’, there has been something for everyone but the best, in our humble opinion, is the Future Conflict Operating Environment Out To 2030.  Focused on contemporary trends in war and warfare, this collection of short essays looks at a variety of subjects from technological trends, how the contemporary operating environment might change whilst also looking at future threats to the homeland.  The current crop of young researchers and grizzled veterans at RUSI are once again demonstrating thinking that is 12 months in front of the military curve and is therefore a must read.

“Modern war’s only constant is that the world’s strongest militaries now routinely lose to their weaker enemies”.  With this in mind, Sean McFate seeks to understand how and why the West has failed to grasp that warfare and war has changed. Goliath: Why the West Doesn’t Win Wars. And What we need to do about it? is an endearing and thought-provoking discussion on some of the Western militaries’ most significant presumptions.  Whilst at times lacking detail, and with some less well supported arguments, it is a flowing read that encourages the reader to explore numerous and often ignored areas for reflection.

Transforming Command by Eitan Shamir.  A book from 2011, but in our view a growing classic.  Shamir looks at the development of the doctrine of ’mission command’ (a topic which has some traction in the Wavell Room already) in the British, American and Israeli Armies.  In the course of the book, however, Shamir identifies many other issues and problems with military culture and how to change it.  Although focused on land forces, we believe that the lessons are common to the Royal Navy and the Royal Air Force as well.

The Positive Impact of NATO’s Enhanced Forward Presence by Steve Maguire.  Written by a Wavell Room editor, we thought long and hard about this bit of shameless promotion.  However, the Enhanced Forward Presence is a big deal with many of our readers deploying on, or supporting, the operation making this article topical.  Maguire argues that NATO’s deployment has had a disproportionately positive impact on the wider security situation in Easter Europe. It’s worth spending 15 minutes considering the arguments here.

Thank you Mr Narwhal.  This podcast, part of the Bomb Shell series, covers lots of the topical issues in the weeks before we all stand down for leave.  From narwhal tusks to the NATO conference, to Hong Kong, this is a real tour de force discussion covering the hot topics from November and December 2019.

A Heavy Reckoning by Emily Mayhew, Published 2017 by Profile Books.  Dr Mayhew is a military medical historian who has written this moving and fascinating book about medical care during Op HERRICK.  The book takes the reader from the point of injury on the battlefield to Camp Bastion, then to Birmingham, Headley Court and beyond.  It is medically detailed but accessible to the layperson, comprehensive yet impossible to put down. Perhaps that is because this book is ultimately about people.  We trace the journey from the moment of life-changing explosion through the eyes of 3 severely wounded men and the men and women who care for them. Perhaps not the lightest Christmas read, but an important one which leaves the reader horrified at the damage inflicted by bomb and bullet on the human body, but inspired by the resilience of the human spirit.

‘The day war came’ by Nicola Davies illustrated by Rebecca Cobb.  Some are the team here are new or pending fathers and we’re always on the lookout for new material for bedtime stories.  Our editor bought the book based on the strength of Nicola Davies’ other children’s books. We assumed the title would explain a little bit about military life.  Instead it is a story about a child refugee fleeing from the war in Syria. A dry run without children is recommended as some children will take longer to fully understand the concepts.  It’s an uplifting book if you can make it to the end. A good gauge of your post-traumatic stress if you can’t!

US President Trump made military headlines this year when he pardoned US servicemen accused of war crimes.  What does this mean for military ethics? This podcast by Pauline Kaurin discusses the ethics of the military profession.  It’s certainly worth your time to hear her dissect the various viewpoints surrounding these vital issues. Pauline also wrote for the Wavell Room back in 2018.

The Big Nine: How the Tech Titans and Their Thinking Machines Could Warp Humanity.  In this book Dr Amy Webb explores the dark side of artificial intelligence.  She argues that in our lifetime AI will begin to behave unpredictably and defy human logic.  “Human brains are bad at assessing risk” and this is why the human race doesn’t realise the dangers it is walking into.

Caroline Criado Perez’s Invisible Women Exposing Big Data Bias in a World Designed for Men is also worth your time this Christmas. This book was actually recommended to us on Twitter, but we’re a fan. Perez covers big topics from the ethics of data and then identifies a hidden majority of invisible women who do not benefit from modern methods. We don’t just recommend this book for its message about equality, (although that in its own right qualifies it) but because it straddles many themes that impact society today.

And finally, another one from social media.  General Ivan Jones recommends a visit to the Tate Modern.  Not all learning needs books.  What can we take from art? There’s probably an article in this somewhere – but it can wait for 2020 now!

Whatever you do over leave, please don’t be too busy to read.  Please contribute and debate through the Wavell Room. Your ideas matter.