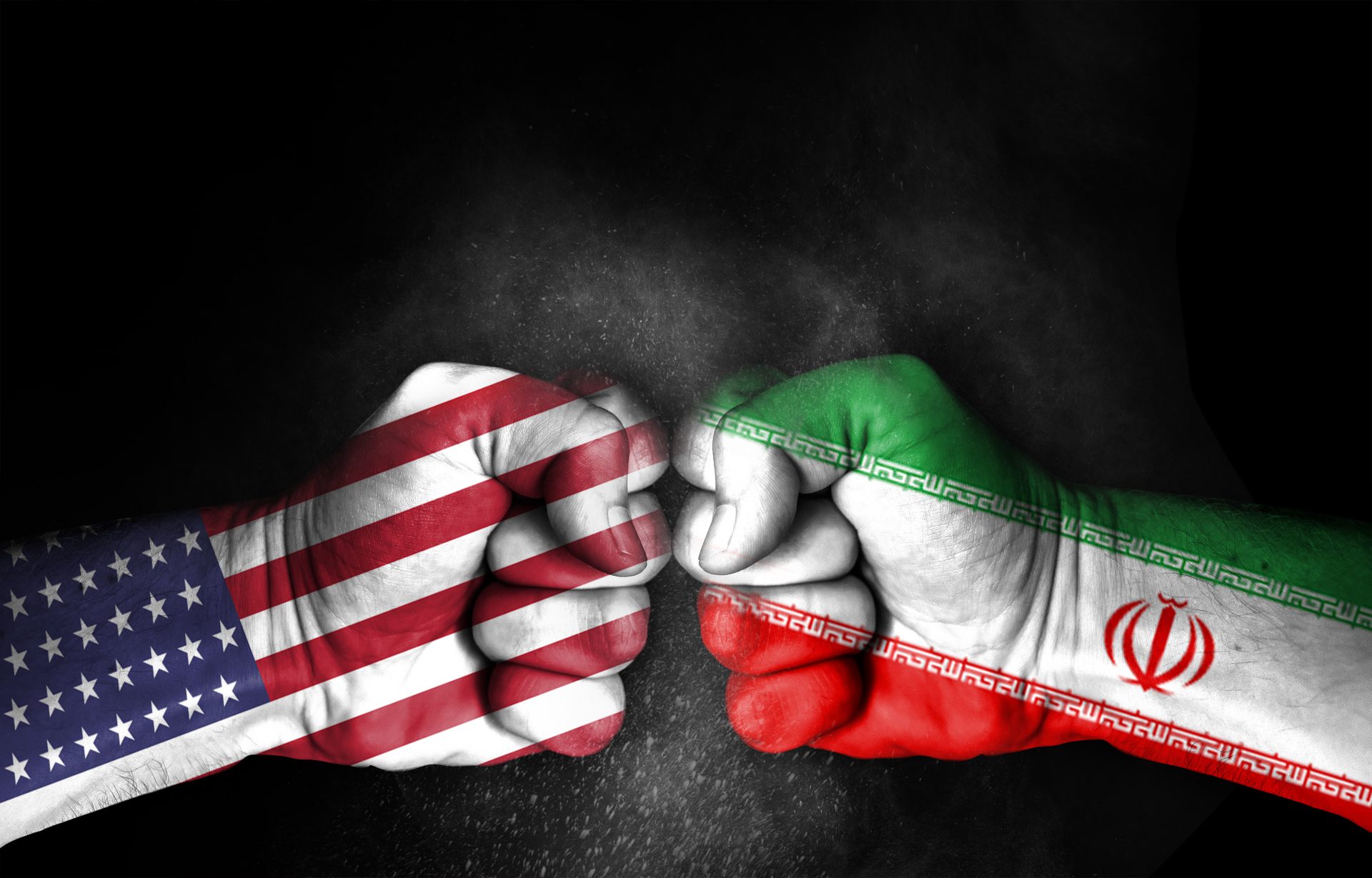 The killing of Major General Soleimani, the Commander of the Quds Force, a national hero for many in Iran, was greeted with glee by some Iranian opponents based in the United States.  Some of them posted the photos of his remains on social media, before quickly removing them. The reaction inside Iran was different and the mood sour; Soleimani was a respected figure.  Once the news of his assassination broke, he was referred to by all, from the authorities to a large fringe of civil society, as a shahid, a martyr.  Martyrdom occupies an important symbolic place in the Iranian Shia tradition, and the authorities of the Islamic Republic have used the terminology for individuals dying during war with honours.  The bestowment of this title alone shows the respect Iranians had for the man.

The U.S. strike appears to have been a reaction to the December 2019 attack of their Baghdad embassy by protesters angry at U.S. airstrikes that targeted the shia militia group Kataeb Hezbollah, which were in turn a response to the death of a U.S. contractor following a rocket attack against a military base near Kirkuk.  Iran was accused of encouraging the protesters, a point that was then refuted by the Guide of the Islamic Republic, Ayatollah Khameini.  Beyond the ‘ bin-gate‘ that amused Iranians across the political spectrum, the attack on the embassy seemed to serve as a trigger to Soleimani’s killing, in a very 1914 Archduke Franz Ferdinand moment.

In reality, the killing of General Soleimani needs to be seen in a wider context to fully understand the reason for the strike: the U.S. has lost control of the Middle East to the advantage of Iran (and Turkey). The frantic quest to reclaim at least some influence has led the Trump Administration to make a strategic error, as I will explain below.  Indeed, far from undermining the Iranian authorities and the system, which seems to be the goal of the Trump Administration, each step taken has strengthened the Islamic Republic, from the invasion of Iraq to the 3rd of January 2020 drone strike, including Obama’s deaf ear to the 2009 Iranian Green Movement’s calls for help.  Iran has now grown into a powerful regional power and its leaders want to weigh in on the future of the Middle East.

Soleimani was a popular public figure.  His popularity didn’t mean he was loved by Iranians. Rather, that he was seen as a necessary protection against external threats.  The same can be said of the whole body of the Sepah-e Pasdaran-e Enghelab-e Eslami, the Guardians of the Revolution, that Europeans and Americans like to call the Islamic Revolutionary Guard Corps (IRGC).  The feeling that Soleimani was needed, despite growing anger at the authorities, is partly due to the ever-growing control that the Guardians of the Revolution have secured. These have resulted from a decade of events, including the US sanctions.  Most analysts have missed the post-2009 shift in governance in Iran and have failed to understand how the Islamic Republic has morphed.  The only viable political opposition started being crushed with the election of President Ahmadinejad in 2005. It was then purged between 2009-11, at the indifference of the world authorities. This transformation of the Islamic Republic was then finalised by the sanctions imposed by the Trump Administration. The Iranian population has now little other choice but to support the Islamic Republic.

The Guardians of the Revolution have started a campaign to anchor their legitimacy within the population, from stressing the danger that Daesh represent to opening an interactive museum in the capital.  The Guardians of the Revolution have established a clear strategy to win over the hearts and minds of all, by keeping the memory of old wounds alive while engaging the young generation to either join them or support them.  This society-wide effort has been successful mostly due to external pressure such as sanctions but also nationalism. The Guardians of the Revolution have anchored their own mission into that of Persian history, comparing themselves to the actors of Shahnameh. The Shahnameh, or the Book of Kings, is an epic poem that is partly mythical and partly historical, recounting how the Persian Empire was created and expanded.

General Soleimani is celebrated for being one of the main architects, and certainly the strategist, behind the engineering of Iran as a regional power.  When in 2003-04, the country woke to the reality that it was now surrounded by U.S. military bases, the authorities acted pragmatically. They using the same strategy the Prophet Muhammad (PBUH) had used to protect Islam and sought to expand to protect the core.

While the plan has always been to propagate the Islamic Republic, looking at the Hezbollah in Lebanon, the 1980-88 war with Iraq had slowed that effort.  The 2003 invasion of Iraq gave the authorities a new opportunity to expand. The authorities legitimised their approach to regional security by grounding their actions into Islamic law of war. The Quran says that jihad al-qital, war, is legitimate on three grounds: self-defence (Quran 2:190), protection the oppressed (Quran 4:75), and to protect Islam (Quran 22:40).

The Shias are a minority in Islam but a majority in Iran and the authorities of the Islamic Republic have always considered it their duty to protect all Shias around the world.  It is on that basis that Iran played a role in Lebanon, Iraq, Afghanistan, Syria, Yemen and elsewhere.  Iran’s contribution then changed as the U.S. continued to threaten the Islamic Republic at its borders. Part of the heritage of Soleimani is the creation of buffer zones around Iran, explaining how the authorities have profited from the chaos in Iraq or Syria to protect the oppressed Shias, but also the heart of Shiism that is the Islamic Republic of Iran.

The Core and the Periphery Through Chaos

This regional hegemony was built through politics, economy, culture, others factors, and through security, applying Wallerstein’s idea of building a core that would then subsist on the periphery.  For that purpose, Iran has engaged in hybrid warfare and has leaned heavily on the theory of chaos, seeking to achieve its regional ambitions by looking for opportunities in already existing conflicts or weak states.  Rather than sharing Iraq with the U.S., as pointed out by Lawrence Freedman, the Iranian authorities have always envisaged Iraq as part of their periphery.

The country has long had Shia militias on payroll for life to be activated when needed.  A new impetus was given to those Shia militias in Iraq and in Syria when the Iranian authorities began their campaign against Daesh.  The strike force of Iran is such that when the country was flooded in March 2019, it refused international help and brought many of those militias to Iran to help with the humanitarian relief effort.  Some foreign fighters are even honoured to the highest levels when then die abroad, such as some Afghan combatants sent to Syria and buried in Iran.  Yet, believing that Iran fully controls all these militias like puppets or that Iran controls Iraqis to the point of engineering the embassy protest is mistaken.

Other than legal concerns about targeted assassination, the killing of General Soleimani is an imperialist move. Iran has controlled Iraq since the 2003 invasion.  The attack on the embassy in December 2019, whether or not directed by the Iranian authorities, was the last symptom of the loss of control of the U.S. in the Middle East.  The recent conflicts and changes in the region have been lamented. In truth, we are witnessing the emergence of a new Middle East, shaped around regional powers that are backed by international powers.

The role of China and Russia, and military exercises conducted with Iran in late 2019, was, in that regard, misunderstood. Many commentators believed the exercises to be of little importance.  This euro-centric approach prevented analysts from realising that such war games were the result of Iran being pushed into the arms of its new Eastern friends.  It also shows the impact of Russia and China’s growing political influence as they fill a vacuum left as the U.S shifts its focus and the European Union struggles to define foreign policy goals.  The joint exercise was also of importance as it included the first contribution ever of the Guardians of the Revolution, alongside state armed forces. This shift towards the East isn’t welcomed by the Iranian population, but is necessary at a time when vital medication is unavailable due to Western  sanctions.  In comparison, the friends from the East are ready to flood the market with their own products.

Assassinating General Soleimani as if he were a Bin Laden or an al-Baghdadi only demonstrates the lack of understanding of the character and political role of Soleimani in Iran.  His death will anger Iranians. There is no doubt that Iran’s next move will, as promised by all authorities, be about revenge.  The question is who will seek revenge and how. The reformists are constantly backed in a corner by the Trump Administration’s wild and erroneous moves that are motivated by advisors with Western centric views.

The killing of Soleimani could put the Guide Khameini in a difficult position as neither he, nor President Rouhani, can necessarily control the future actions of the Guardians of the Revolution.  The Revolutionary Guard’s spokesperson sobbing into the arms of a TV journalist speaks volume in this regard. Not only does it show that the General was a prominent figure among all Iranians, it also shows the distress of the Guards, who could react swiftly.

The Iranian reaction doesn’t need to be frontal and doesn’t need to be immediate. It will certainly involve the continuation of war by proxy, cyber warfare, and hybrid warfare. The blow inflicted by the death of Soleimani hasn’t shaken the Islamic Republic, but it has acted as a reminder to its population that there is currently no viable alternative to it.

The Friday sermon led by Ayatollah Ahmad Khatami called for revenge and his appeal resonated through the mosques of the country. There were important demonstrations. While not all Iranians will mourn the death of Soleimani, there have been signs of unity across the body-politic, thereby demonstrating that the U.S. might face a different outcome that the one desired.

While the U.S. and Iran have both engaged in a competitive imperialist agenda in the region, the reactions to the killing of Soleimani show that the U.S.’ response to events in the Gulf and the Middle East needs to be moderated. Killing General Soleimani was disproportionate and could perhaps be seen as an indication of the weakness of the Trump policy in the Middle East.  To an Iranian mind, the U.S. will have to pay for the crime they have committed. The participation for the first time in a decade of the Supreme Leader at Iran’s National Security Council extraordinary meeting on Friday 3rd January 2020, a day of prayer, shows that Iran is now at war… but hasn’t Iran been at war for a while already? 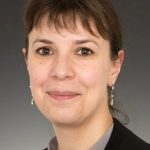 Dr Anicee Van Engeland holds a PhD in Islamic Studies, Politics and Law from the Institute d'Etudes Politiques in Paris.  Anicee has held visiting lectureships at Cardiff University, Nagoya University and azad University.  She has also held research positions at Harvard Law School and the Oxford Centre for Socio-Legal Studies.  She has an expertise in Iranian affairs, Islamic law and human rights.  She is currently the senior Lecturer in International Security at Cranfield University.