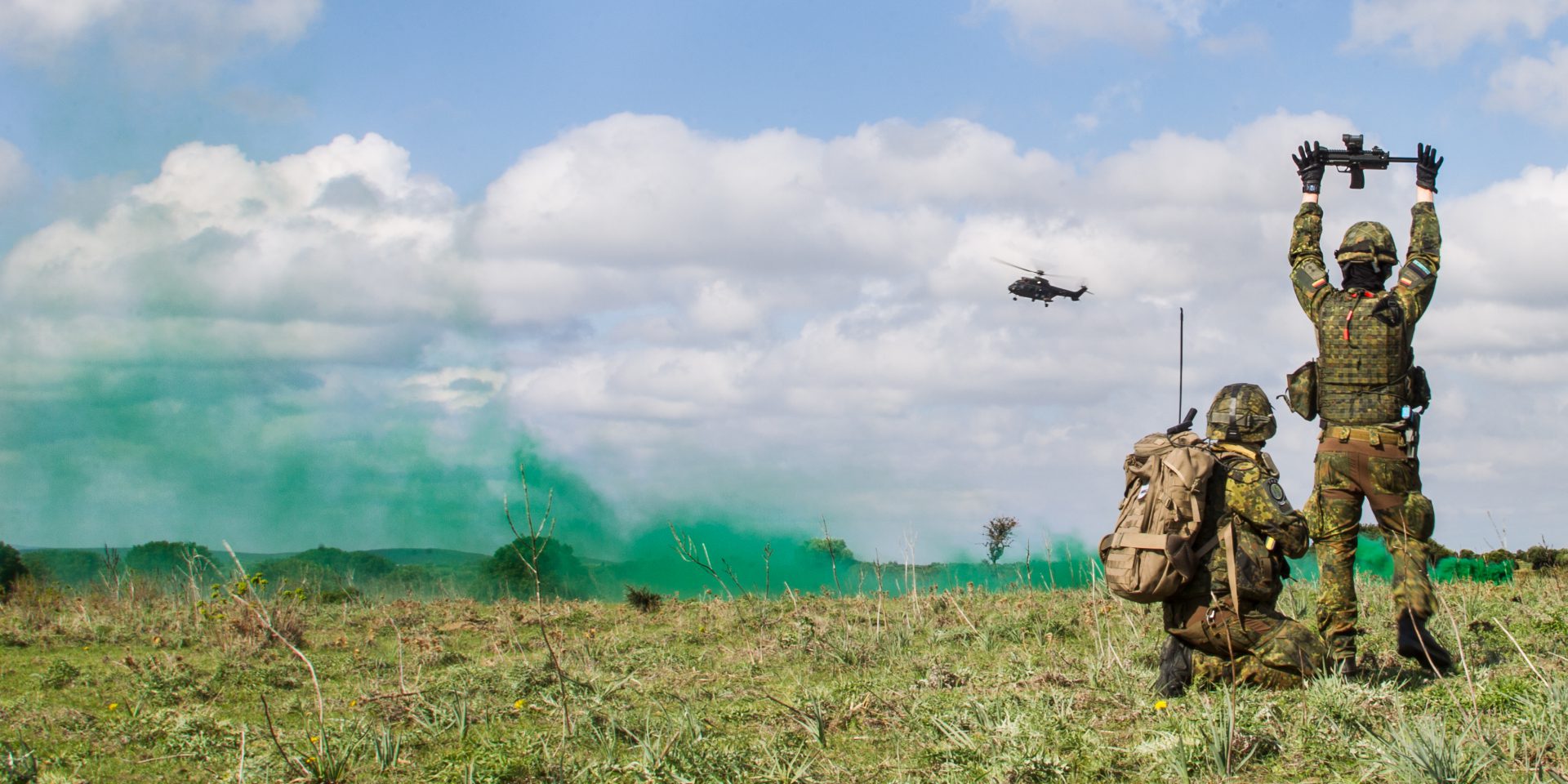 When asked what phrase Sandhurst cadets connected most with their future profession most British cadets (29%) perceived themselves as military leaders followed by soldiers (20%), helpers and protectors (16%) or servants of the United Kingdom (13%). Only 8 percent could relate to the term strategist and even fewer to the word comrade (7%).

When discussing the results of the question on soldier types with the British and German officer cadets, many cadets stressed the fact that whatever soldier-type one identifies with first of all, most cadets felt that they could identify with more than one of the listed options depending on the role and tasks that they are given. Consequently, all cadets were able to identify with more than one soldier type.

Even though slightly more German than British Officer cadets termed themselves as warriors, discussing this instance with the cadets of both nationalities resulted in almost every second cadet admitting that having the chance to tick two instead of only one box, his second choice would have been warrior.

The German word Kämpfer (warrior) similar to the word fighter refers to someone who will not give up on something and fight for his goal however difficult. In contrast to the antiquated word Krieger, the Kämpfer is a word that has a positive and not necessarily military or force-related connotation. Some of the British cadets explained that they did not like the word warrior, because they perceived it as ‘too bragging, too antiquated or too American’.

Although some German cadets explained that the English word warrior sounded far more fierce and gladiatorial than the German word Kämpfer, German cadets generally liked to be perceived as both Kämpfer and Krieger. Nevertheless, all interviewed German cadets stressed that although it was allowed to term oneself as a warrior, many cadets would shy away to do so in public, because of a potentially negative connotation linked to the word in Germany as a result of Germany’s militarist past.

In the German Army you can either be a trainer, a facilitator, leader or educator. But in contrast to other nations, no one will motivate you to be a Kämpfer. […] As a result of the World Wars, young men in Germany are not granted to describe themselves as warriors, a term which is too martial and warlike for such an anti-military society like in Germany  [German OCdt]

I’ve seen a documentary on the Guards Division in the UK when they got their marching orders, this: “yeah now I’m ready, now we are going into war”… that wouldn’t work in Germany. Society is too apathetic towards anything military  [German OCdt]

The historian Thorsten Loch and Martin Mayer, a German Army commander who has led soldiers in Afghanistan in 2012, analysed the difficulty of role models in Germany by alerting that marginalising soldiers who perceive themselves as warriors, (and due to their tasks within the army have to be warriors at times,) will in the long run lead to a disorientation within the professional identity of officers in Germany. Both British and German cadets felt that it was a necessity for the cadets in the teeth arms to perceive themselves as warriors to master their missions and tasks. Interestingly, cadets who termed themselves as warriors were to be found in both combat and support arms in both countries.

In modern warfare an army full of Athenian officers would be as useless as an army full of Spartan officers. Therefore, the objective should be to deploy soldiers and officers who are able to differentiate between the given tasks and their own knowledge. Furthermore, non-military and military elements need to co-exist in modern warfare 1.  Contrary to statement made by other scholars the results of my study concluded that the military systems in Britain and Germany do not create a certain type of officer, but strengthen particular types of soldiers depending on their regiment by training their strengths. Overall, all interviewed cadets in 2014 were able to identify with a vast variety of soldier types depending on their future role and the different tasks within their respective army.

This is 1 of 6 short extracts from a large-scale study1for which Sarah conducted more than a hundred interviews and surveyed almost 900 British and German Army Officer Cadets between 2014– 2015. All research results can be found in her book “Identity, Motivation and Memory: The Role of History in the British and German forces” which has just been published by Routledge.