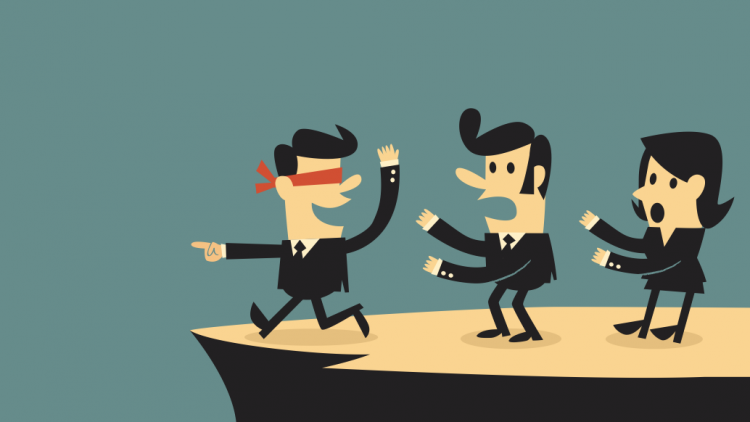 The Royal Navy is running a manning deficit of 5%, has been highlighted by the National Audit Office as routinely underestimating and over-engineering equipment projects, and recently failed in its singular duty of maintaining uninterrupted trade. Each of these hits at the heart of naval leadership: its perceptions of success; its organisational design and development; and the lived experience of its personnel.

If the RN is to survive and thrive, then it needs a drastic change to its leadership approach. First, it needs to realign to its strategic outputs. Second, it needs to develop a culture of “loyal dissent”. Third, it needs to place its people at the heart of decision making. Only then will it find that it has the right people, in the right places, to do the job the nation, rather than its current leadership, requires.

Which all begs the question: What has gone wrong?

Unlike the Army, the RN has not had a decade of recruitment calamity, which means the shortfall, particularly in the numbers leaving before the 8 year mark, can only come from three elements of Naval Leadership: perceptions of success; organisational design; and the real, lived experience1.

Many commentators within the RN lay retention-blame on Millennials and Gen Z; their insatiable appetite and demand for social media, WiFi connectivity and “snowflake” culture means they are incompatible with the rigours of Service life. Yet this is not something the RN has control over, which means it has to learn to deal with its prospective populace on their terms. Further, this ignores the real issues the Navy has with its own future force design and reputational damage done through acts of self-immolation and operational failure.

So what can be done?

In the short term, realignment on three basic premises. Firstly, the RN needs to align itself to its actual, rather than perceived, outputs. These are: i) to support or obstruct diplomatic effort; ii) to protect or destroy commerce; iii) to further or hinder military operations ashore 2. Note the relegation of “warfighting” to a tertiary function, and then only in support of land-based operations. Corbett went further in 1911: “Since men live upon the land and not upon the sea, great issues between nations at war have always been decided—except in the rarest cases—either by what your army can do against your enemy’s territory and national life or else by the fear of what the fleet makes it possible for your army to do.” [/note] This will enable the RN to accurately reflect the purposeful activities its new joiners will be engaging in. It might not be sexy, but that is the whole point of expectation management.

Second, centre naval leadership training on personnel inputs rather than goal-oriented outputs. This means re-evaluating the current thinking at the heart of the RN Leadership Academy3. Capt Mike Young RN MBE went on to author several more papers, identifying a cluster of leadership, goal-oriented, “supra-competencies” – primary competencies being “Controlling and Ambitious”, “Achieving and Intuitiveness”, and “Decisive” and BRNC. Warfighting, action centred leadership is not the daily state of play, so why is it the basis of all leadership training? Divisional Officers only receive 2 weeks management training, normally at the end of circa 18 months Technical/Trade training.

Third, recognise the validity of wider social norms and culture. The RN’s Values and Standards are written in the spirit of moral exceptionalism, are not understood by the majority of those in senior positions4, and are there seemingly to maintain “the old order”. Loyal dissent, one of the great virtues of Gen Y and Z, is not sought: “We must therefore be loyal to our leaders” and “obey all lawful orders from our superiors”5. Furthermore, the headline statements (Commitment, Courage, Discipline, Respect, Integrity, Loyalty) were purloined direct from the Army, which should tell you all you need to know about the state of the RN’s Conceptual and Moral Components of fighting power.

Leadership culture is at the heart of this problem, one that fails to “encompass” the cognitive skill, personal qualities, behaviour and military ethos required by commanders to inspire the commitment of others.”6. If the RN is serious about recruiting and retaining “the right mix of sufficient, capable and motivated people that appropriately represent the breadth of society we exist to defend, now and in the future”7 then it needs to be bold. Suggested steps are as follows:

The RN has spent the last decade decrying the cuts of 2010 and championing the bright future of Carrier Enabled Power Projection. Neither of which explain nor solve the real crisis facing the RN going forward. If it is to survive, then it must realign itself with the society upon which it depends both for its purpose and legitimacy. Culture eats strategy for breakfast; its time the RN worked out what its culture is, and should be.