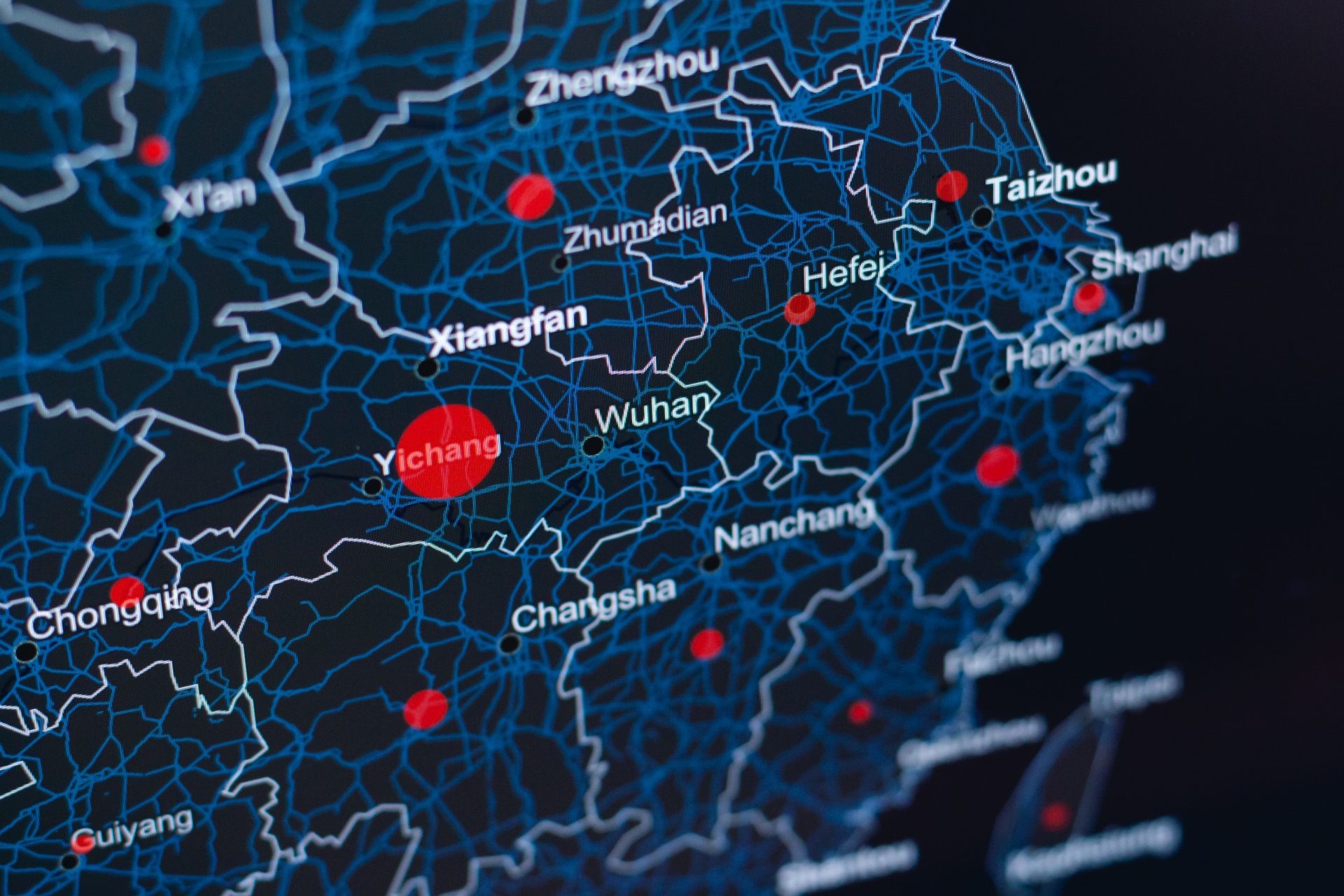 A cadre of scientists and junior government officials walk into the mayor’s office, the situation is dire, an unknown virus is spreading rapidly throughout the city, threatening to overwhelm local hospitals, should this happen, thousands will die.  Drastic emergency measures are needed.  This is the opening five minutes of the Chinese film; the Fight for Wuhan, the official Chinese documentary of the Coronavirus pandemic.  Released on April 8th, the first anniversary of the end of the Wuhan Lockdown, the film marks the latest effort by the Chinese government to shape the narrative of the Coronavirus pandemic.

Over the next two hours the plot moves rapidly along.  The mayor acts quickly to request support from the provincial government and Beijing, and within hours medical equipment and personnel begin to arrive in the city.  When confirmed cases begin appearing in neighboring provinces, President Xi Jinping declares a “People’s War” to combat the spreading pandemic; the entire nation will be mobilized to fight the virus.  Through the eyes of a doctor at a Wuhan hospital the audience experiences the mass mobilization.  The doctor’s elderly parents, owners of a small restaurant, switch to delivery only.  His wife, a member of the neighborhood committee ensures residents follow government guidelines and coordinates government assistance for the elderly.  Their daughter, a schoolteacher, continues classes online with her students, while her husband reorganizes his factory around 24 hour shifts to produce desperately needed ventilators.  When the viral pandemic is contained; dramatized by the same group of scientists and officials informing an exhausted mayor that for the first time in almost three months, the city can report no new infections, the movie again brings the audience to President Xi.  Long seen in the movie’s background delivering public statements, inspecting hospitals and factories, and thanking medical and emergency services personnel, he uses the stoppage in new cases to launch an international aid campaign.  As he addresses the nation, a slow montage of aid, with the Chinese flag prominently stamped and displayed, is taken from factories, loaded on ships and planes and then delivered to a host of needy countries.  Upon arrival, the aid, “delivered freely and with love by the Chinese people” is welcomed by international politicians, news agencies and civilians.  In the film’s closing scene; President Xi’s words play over the arrival of lifesaving ventilators at an overwhelmed New York hospital, “the People’s Republic of China stands ready to deliver aid to any nation, at any time, and under any circumstances.  To any nation in crises, China is here to help.”

The movie depicts what China wishes to establish as the official Chinese response to the Coronavirus.  Upon discovering the viral outbreak, the Chinese government moves swiftly and efficiently to mobilize all aspects of state power to combat the threat.  Led by President Xi, the government utilizes Communist mass mobilization techniques to fight a People’s War against the virus.  Factories increase production of masks and critical equipment, doctors work tirelessly to save patients, and local and provincial governments coordinate to monitor and track the movement of an entire nation.  When China eventually gains control of the pandemic it exports vast amounts of medical equipment and aid to struggling countries, a task that the United States is unable to do, a point not so subtly reinforced in the film’s final minutes.

The Fight for Wuhan is also a portrayal of how China would act as a global power; a responsible leader that seeks to cooperate with other nations within the current global order.  A nation with vast resources, influence, and capabilities that can be used for the benefit of all.  It’s no accident that in the international aid montage not only are a variety of countries shown receiving Chinese assistance, but the aid takes different forms and is transported by different means.  In a Middle Eastern refugee camp not only do Chinese doctors set up testing facilities for Coronavirus, but in cooperation with United Nations peacekeepers, they work on building more permanent housing than dilapidated, overcrowded tents and makeshift shelters.  In Kenya, a Chinese team works with African Union representatives to use drones to autonomously deliver Coronavirus testing kits to remote villages.  In Indonesia, a Chinese hospital ship anchors at port, offloading supplies, while from the deck of an amphibious assault ship, Chinese helicopters transport additional aid to jungle villages.  Chinese doctors teleconference and use Virtual Reality to work with doctors in Spain, sharing their expertise.  Even Chinese shipping giant Alibaba is seen delivering medical supplies, most notably to a Seattle homeless shelter, just blocks from Amazon headquarters.  Wherever help is needed, no matter the difficulty, China is able to assist, cooperating with local and international organizations to deliver lifesaving aid.

In its rosy painting of the Chinese response, the film ignores both serious domestic and international problems.  The initial coverups of the virus’s lethality and the unpreparedness of both local Wuhan officials and the Chinese central government never happen, nor the resulting domestic outrage and calls for public accountability.  Instead that fury has been replaced by adoration and praise for both the central government and President Xi’s decisive leadership.   The donations of faulty ventilators, substandard masks, and inaccurate tests to multiple European countries are ignored, as is that much of the “aid” was actually paid for by the receiving governments rather than free donations.  Nowhere does the film address that the Chinese government capitalized on the distraction of the global pandemic to advance strategic interests; arresting hundreds of leaders of the 2019 Hong Kong protests while passing further pro-Beijing legislation.  Furthermore, while the film makes great efforts to indicate a willingness to cooperate with other nations and governments, a viewer of the film would have no idea that dozens of countries also donated medical supplies and aid, often right alongside Chinese efforts.  Most notably amongst China’s neighbors, Taiwan, has not only expanded mask production to 13 million per day but has donated millions more to countries in need.  Also ignored is large scale United States relief efforts in the form of direct monetary aid, debt relief, and donations of medical supplies to a host of countries, including China.

Despite the clear propagandistic nature of the film it is important for Western policymakers to understand both the film and its place within the larger Chinese propaganda campaign.  Since the beginning of the Coronavirus outbreak in 2020, the Chinese government has simultaneously attempted to deflect both domestic and international criticism while capitalizing on the Coronavirus for geopolitical advantage.  Domestically it appears that the Chinese official narrative is triumphant, Chinese censors have once again cracked down on social media postings critical of the Chinese government and its response to the Coronavirus.  Additionally, online reactions on Weibo have overwhelmingly confirmed that for most Chinese citizens, there is a sense of pride, not only with how China weathered the crises but also with the generous provision of aid to struggling countries.  Internationally, however the results have been far more muted.  The combination of rage at initial Chinese coverups and obfuscation, anger at the initial problems with aid delivery, and the blatant actions of Chinese “Wolf Warrior” diplomats to demand public recognition and combat any attempts to hold China accountable for her failure to contain the initial outbreak, let alone let the international community know of the outbreak’s true severity, seems to have checked any substantial Chinese gain.   Still, the West should not rest easy.  While opinion polls show only a slight increase in Chinese favorability, American favorability remains at historic lows.  Additionally, global opinion surveys increasingly show a belief that nations must turn inwards or towards regional alignments, not only in times of crises but as a matter of routine; the current international system’s luster is continuing to fade.  While China’s propaganda campaign may have failed, the West lacked an effective counter.  International anger at China existed, but it varied across nations and there was no coordinated effort to mold the anger into a broader consensus of confronting China with tangible, achievable goals.  Nor was there a serious campaign to counter Chinese propaganda messaging.

According to the United Nations the number of natural disasters will only increase over the coming decade.  While China is positioning itself to continue to provide aid and support, accompanied by a strategic narrative pushed by an increasingly sophisticated propaganda network, the West, and international community at large, is drifting away from each other, cutting humanitarian aid from state budgets, and is lacking any agency or strategy capable of creating a cohesive narrative to counter Chinese propaganda campaigns .  China may not have been able to successfully push a narrative of global Chinese leadership this time, or secure a marked geopolitical advantage from this crisis, but the Fight for Wuhan is a clear playbook for how China will attempt to use any international disaster for their advantage.  The West should take note. 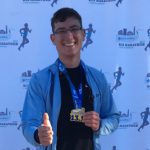 Joshua is a U.S. Army Armor Officer currently serving as a Tank Platoon Leader.  He, for better or worse, can be found on Twitter @LostLT1 trying to learn from others far smarter than he.