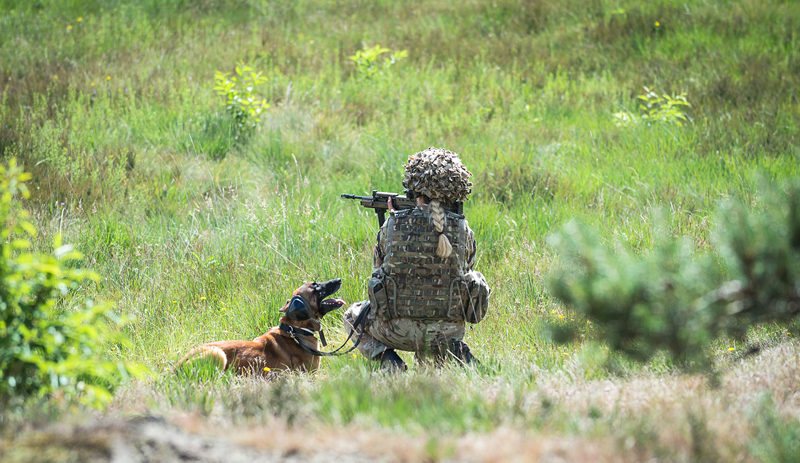 Since 2016 the United Kingdom has been steadily changing its policy on the exclusion of women from close combat roles in the Army, Navy and Airforce.  Previous arguments for the exclusion of women from those roles, based on suggestions that their presence might undermine operational effectiveness and team cohesion, have been dismissed by senior military leaders.  Nevertheless, in a recent article titled “Rethinking Women in Ground Close Combat” a serving military author suggests that the British military’s decision to open all combat units to women might have been “one of note-worthy naivety made in a time of unprecedented peace”.  The author asks the reader to consider how that decision would affect the UK’s ability to defend the nation, apparently single-handedly, against a peer competitor.  They propose a scenario where the UK finds itself in “a state-on-state war of national survival” where conscription has been enacted with no restrictions on gender or physical fitness standards.  The opponent in this hypothetical existential crisis has (quelle horreur!) chosen to conscript only male soldiers.  How may we expect the UK to fare?

First, we can expect a quote from Hobbes in an attempt to add credence to the first proposal: that, over the course of the 20th Century, the majority of battles have been decided by “one or two soldiers breaking into an enemy position and killing their adversary at close quarters”. The author does not provide any citations or references for this proposition; however, the Encyclopedia Britannica states that, in the case of World War One, “The greatest number of casualties and wounds were inflicted by artillery, followed by small arms, and then by poison gas. The bayonet, which was relied on by the pre-war French Army as the decisive weapon, actually produced few casualties”.  A highly descriptive account of US casualties during World War Two finds the same pattern; with artillery and mortars causing the most deaths, followed by small arms fire.  A more contemporary study, that of deaths in the US Special Operations forces during the recent wars in Afghanistan and Iraq, have explosions as the leading cause, followed by gunshot wounds.  There is nothing in the literature to suggest that hand-to-hand combat, and the physical strength needed to win in such a contest, has been a decisive factor in ground warfare in the 20th Century.

Here we must pause, as we have passed the limits of hypothetical and reached the point of implausibility.  Which country will the UK will be fighting in this deadly wrestling match?  The UK has a population of just 66 million; the only geopolitical candidate for a “Great Power Conflict” (Russia) has a population of 144 million.  Thus, even supposing that they chose to limit themselves to only using men in their ground forces (history tells us otherwise) they would still have a 10 percent numerical overmatch in any battle.  If the UK limited itself to just 1/2 of its available human resources (by only using men in its ground forces) that overmatch would rise to 220 percent.

In the author’s proposed scenario “mass, firepower, technology, individual skills of the soldiers, and the tactical prowess of the commander” cancel themselves out in some sort of handy algebraic fashion.  What is left is a mano-a-mano battle of brawn, with the winner take England.  Other things that aren’t mentioned, but which must also have been mathematically cancelled out, are: airpower, technology, cyber, terrain, weather, coalition allies, communications, logistics, international norms, economics, nuclear weapons, and literally all other elements of post-Bronze Age warfare.

The author also suggests that the UK’s military casualties in the next war will be on par with those suffered in World War One.  This ignores the fact that the UK fought a whole other World War since then, in which it did not suffer anywhere close to the casualties of the first.  Furthermore, casualty counts across all conflicts, in all parts of the world, have decreased significantly since the end of World War Two.  Ignoring these facts, and using an improbable casualty rate (2 percent of the total population) he goes on to ask, ”how will society react to losing that much of its female population in an overseas conflict?”  A deep dive into the British national psyche, and whether it values women’s lives above those of men, is beyond the scope of this essay.  But if the UK finds itself in a war where it has lost 2 percent of its total population, it’s very likely that it will be every man and woman into the breach.  That said, Britain does not have the infrastructure or capability to raise a massive conscript army, nor is there interest in re-developing it.  So even if the international strategic environment allowed for this kind of war Britain could not engage in it.

The author also posits that there is a question of morality to consider when deploying women into a theatre of war.  He asserts, for example, that their risk of rape is overwhelmingly greater than at home or of their male comrades.  Firstly, the author provides no evidence or referencing to back his case.   It is true, women can be raped in war, and that rape has been used as a deliberate weapon of war against combatants and non-combatants alike.  But it is a sad fact that, at least in the US, a woman is more likely to be sexually assaulted by a fellow servicemember than she is by an enemy soldier.  And yet they serve.  Men are also subject to rape, torture, and extrajudicial killing.  The best way to avoid all those is to avoid capture; the best way to avoid capture is to win engagements, and the best way to win engagements is with a professional combined arms force that benefits from diversity.

“Ideas are good,” writes the author, “they pose questions, suggest answers, and drive organisations forward.  Ideologies, however, tend to be detrimental.”  This is stated with a lack of appreciation for the irony that their position reflects the ideology of a male dominated Western ground combat specialty.  An ideology no less wrongheaded and counterproductive than the ideology with which the US Marine Corps’ 17th Commandant was raised, causing him to declare in 1941 that “If it were a question of having a Marine Corps of 5,000 whites or 250,000 Negroes, I would rather have the whites”.  Just as we look back with dismay at General Holcomb’s racism, so too will future generations look at all the writers of this generation who opine that their countries ground forces would be better off without the contributions of the many outstanding women who now serve in them.

As a “next step,” the author suggests running a wargame in which “the scenario is one of a true war of national survival where 50% of the conscription pool are women.  This could be a re-run of the Burma campaign of 1941-45 with 50% of Slim’s 14th Army being female, or a contemporary analysis of the war in eastern Ukraine.”  Unless the UK is interested in re-establishing colonial possessions in Southeast Asia or the Crimea, it is difficult to see how either of these scenarios would be relevant.  Furthermore, hand to hand combat between small groups of soldiers was not the norm in either of these scenarios.  In any case they do not represent anything like a war of national survival.  The fact that the author chooses to list them is further proof of the paucity of their argument.

The author should perhaps have engaged with some of the existing studies on the positive effects women can have on the battlefield, as well as the previous rational for their exclusion.  Just 10 years ago, the political view of the United Kingdom was that women in combat units would undermine group cohesion and therefore combat effectiveness.  A parliamentary report from November 2010 based the UK military decision not to allow women in combat – not on physical and psychological differences – but because:

“under the conditions of a high intensity close-quarter battle, group cohesion becomes of much greater significance to team performance and, in such an environment, the consequences of failure can have far-reaching and grave consequences.  To admit women would, therefore, involve a risk with no gains in terms of combat effectiveness to offset it”.

A number of studies have since proven this not to be the case.  The 2009 report for MOD from the Defence Science and Technology Laboratory noted that the previous policies of excluding women from close combat roles were instigated when there was a clearly defined front line.  Recent campaigning experience in Iraq and Afghanistan has led to many women in supporting roles being directly involved in close combat.  The report highlighted Denmark’s experience of integrating women into combat forces:

“Women are treated and regarded as normal soldiers who are expected to perform as trained, and to participate in all operations on equal terms with their male counterparts.  Women have been employed in combat in Afghanistan whilst undertaking a variety of functions from administration to Combat Commander… As far as the Danish Personnel Policy Section of the Danish Defence Personal Organisation are aware there have been no reported difficulties with employing women in combat roles.  Although team cohesion and operational effectiveness have not been assessed, there have been no reports to indicate that this may be an issue.”

The Organisation for Security and Co-operation in Europe has highlighted how:

“Women bring added value to the military as their presence enables a more diverse unit composition, additional perspectives in decision-making, a different communication style, different analytical skills and other attributes which can improve teamwork.”

In a balanced and wide-ranging 2016 academic paper, Fitriani, Cooper and Matthews concluded that:

“evidence from the recent Iraq and Afghanistan conflicts indicates that neither team cohesion on the front line nor social revulsion at home to servicewomen’s deaths represents a major obstacle to women serving in GCC roles.”

It’s time to say “enough”.  Enough with the calls for a wargame, or just one more study.  Enough with respected journals providing a platform for these “idea pieces” by serving officers or retirees with old-fashioned notions.  The games have been played.  The studies have been done.  The think-pieces have been rebutted.  The glass ceilings have been broken.

In the words of the former chief of the Australian Army, General David Morrison, “On all operations, female soldiers and officers have proven themselves worthy of the best traditions of the Australian Army. They are vital to us maintaining our capability now, and into the future. If that does not suit you, then get out!” 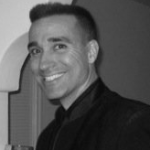 Edward H. Carpenter is a retired U.S. Marine who has served in command and worked with foreign military partners around the world.