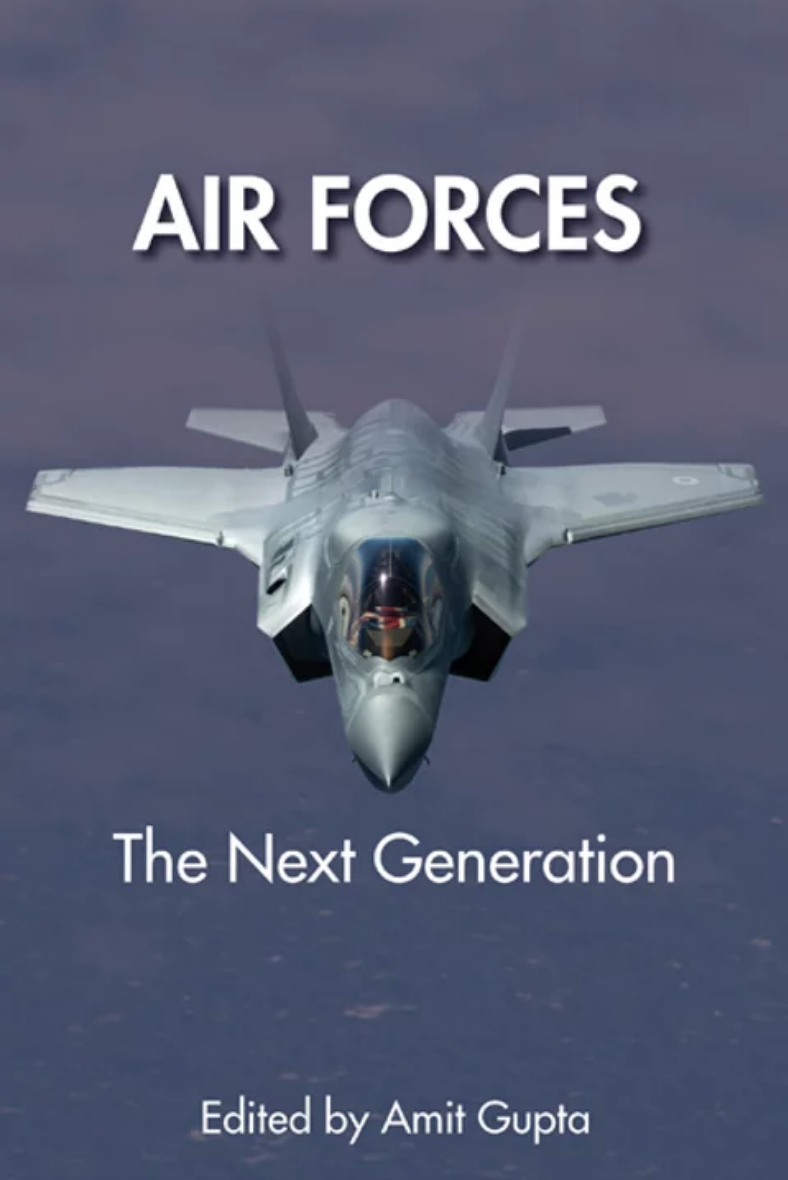 I recently had the opportunity to speak with Dr Amit Gupta to discuss a number of themes that can be found in ‘Air Forces the Next Generation’, as well as ask him about how the book came about and to find out what his plans are for the future.

This article does not review the book per se, but you may recall that Chris Croot reviewed the title in February 2020, and a link to Chris’ review can be found here.

Dr Gupta is an Associate Professor at the United States Air Force Air War College at Maxwell Air Force Base.  Over the past 15 years he has worked with students drawn from a wide range of air forces.  Dr Gupta’s experience, namely that each nation has a different perception of air power, led him to assemble and edit the ‘Next Generation’ book.  His primary aim was to provide a broad canvas as to how disparate nations look at air power.  The target was to cover 16 different countries.  Only Chile and New Zealand were ‘no shows’ from the original wish list.  Dr Gupta felt that a study of New Zealand’s view on air power would have been particularly interesting, given its decision almost 20 years ago to dispose of its fast jet fleet, a capability he believes the nation will never be able to re-generate.

A second and highly laudable aim was to encourage as many young writers as possible to dip their creative toes into the world of air power.  The chapters on Indonesia and Taiwan are excellent examples of young writers at work.

Ultimately, the span of the book is both significant and impressive, covering as it does nations such as Kenya, where the requirements for air power are quite modest, to the behemoth that is China, which is looking to develop a powerful air as well as a space capability.  Whether it is the United States or Kenya, every nation is asking its air force to perform tasks and roles they have never done before.  That response and reaction has to be done in a time of financial constraint and uncertainty.  Developing new capabilities has to be done by targeting critical skills and modernising in a particular way, rather than taking a blanket approach; a technique that may have worked 30-40 years ago but not today.

Dr Gupta’s view of the aviation market comprises not just the aircraft, or even the weapon systems.  Dr Gupta says that ‘intellectual exports’ need to be included as an integral part of the process and this can present certain programmes and regions significant problems.  The Eurofighter Typhoon, for example, has had significant success on the export market, notably in the Middle East, but any programme that relies on collaboration and partnering will struggle to achieve full access in all areas.

The recent German stance on Saudi arms exports has proved problematic for its partners in the Eurofighter Typhoon camp.  In Dr Gupta’s words, successful partnering on aerospace projects means that ‘egos have to be left at the door’.  The working relationship on the Franco-German FCAS project may be one to keep an eye on.

One outcome of politics’ role in air power means that many nations are equipped with aircraft that are not necessarily the best in class, or indeed the best available.  Instead, their sub-optimal choices are invariably linked to the political clout linked to the airframe; choices that promise a relationship far more important than just being in possession of an aircraft.

Dealing with the Russians

The best in class when it comes to wrapping air power into politics is Russia, where the ace in their hand is the direct link that goes well beyond airframes on flight lines and reaches back into high-end technical expertise.  For Dr Gupta, ‘intellectual exports’ are very much part and parcel of their deal.

Notwithstanding its stagnant economy, Dr Gupta sees a Russia that is recapturing military aviation markets.  The Su-57 is being offered for export, with Algeria being lined up as a potential first recipient.  The Turkish military has just test fired its S400 and India has been promised that its system will be delivered in full and on time.  A promise made public in the light of recent delays to the delivery of the same system to China.  Not only does the quality of Russian equipment appear to be improving, the fact remains that trade deals involving Russian technology allow direct access to a broad hinterland.  Dealing with a European conglomerate brings with it a number of national issues where each nation can have different perspectives on technology transfer.

If Russia doesn’t have ‘the best in class’, what is out there to compete with their aircraft?  Dr Gupta believes there are some good western aircraft that are not selling for non-military reasons.  The Grippen is a classic example; a highly accomplished aircraft designed to operate using western and eastern weapon systems.  Ultimately though, if you are buying a weapon system you are also buying a political relationship, and in the Grippen’s case 10 million Swedes pale against 145 million Russians.

As for its own air force, Lars Haga’s chapter on Russian air power indicates that the nation will retain legacy aircraft for some time.  Replacements for its fleet of Tu22, Tu160 and Tu95s bombers will be expensive, especially for an economy that hasn’t changed in almost 30 years.  Refurbishing Tu 160 Blackjacks and equipping them with high speed stand-off weapons is certainly cheaper than buying new.

Dr Gupta’s own chapter in his book focuses on India, a nation that provides us with an excellent example of how competing and often conflicting priorities play out in defence and aviation.  Not only has India benefited from Russian technology transfer, it has also been highly successful in forging successful links with Israel, Europe and the United States.  It has walked a procurement tightrope with the latter by acquiring air mobility platforms such as the C130 and C17, rather than combat aircraft.  In many respects, Dr Gupta says that this approach was the only route realistically open to India.  The likely American offering, the F-16, is a type already flown by the Pakistan Air Force  and a system that would not be given clearance to carry strategic weapons.  This is not an issue for French or Russian aircraft.

The importance of India’s own domestic arms industry cannot be underestimated.  Its recent deal to purchase large numbers of the Ka-226T helicopter from Russia is likely to be accompanied by a significant workshare arrangement.  The net result is that they will buy from everyone.

Rafale – Deal or No Deal?

Perhaps the most (in)famous deal not to be struck in recent years was for the purchase of 126 Rafale fighters.  The initial proposal would have seen the vast majority of those aircraft assembled in India.  After years of negotiations and changes of governments on both sides, the numbers just did not add up.  It was clear that Indian aerospace industry could not afford the costs of assembling the aircraft on home soil.  India finally cut its losses and bought 36 aircraft, the first of which landed in India in July 2020.  India’s domestic aerospace industry has, however, been given the work to provide the Indian Air Force with 83 Tejas Light Combat Aircraft that HAL will be delivering under the ‘Make in India’ policy.

Although Dr Gupta’s view is that India ‘will buy from anyone’, the India/Russia relationship has not always proved to be fruitful.  Despite the success of BrahMos Aerospace, India walked away from the Sukhoi/HAL FGFA 5th Generation programme which has now delivered the Su-57.  In terms of access to the latest technology, this could cause India some problems.

If India now wishes to access to 6th generation technology, Dr Gupta believes it should be talking to France, Germany and Spain to gain a place inside the Future Combat Air System (FCAS) tent.  After all, India would not just be a partner but also a ready-made market for sales.  Although the costs seem prohibitive without additional partners, Dassault has already ruled out any further expansion of the programme in order to allow FCAS to meet is in-service date of 2040.

The RAF’s recent use of P8 Poseidon and A400M aircraft to support the Home Office in monitoring migrant boats crossing the English Channel is an excellent example of how air forces can showcase their capability and flexibility.  At the same time, employing high end capabilities for Military Aid to the Civil Authorities also highlights certain failures, notably a cross-government strategy that should see a role for un-crewed air systems.  Should Europe’s air forces sell themselves when the opportunity arises?  If surveillance from the air is being used to monitor events in the Mediterranean or across the borders with Northern Russia, what are all these high-end fighting platforms for?  Where is the threat?

Notwithstanding the setback with sales to Turkey, by 2030 there are likely to be as many as 500 F-35s in operating in Europe.  This is a very impressive show of strength to which can be added advanced 4th generation platforms such as the F-18, Grippen, Rafale and Typhoon.  As impressive as this is, Dr Gupta questions the need for such a large force of 5th generation aircraft and asks the much broader question: ‘what is the existential threat to Europe?’  Dr Gupta feels that core European defence capabilities need to move away from Cold War context.  The threat is no longer there.

One of the nations included in the ‘Next Generation’ is Taiwan, a country that sits 100 miles from its potential aggressor where the threat is very real.  Taiwan possesses a small yet capable air force that would be taking part in a war of national survival.  This is something the West has not had to contemplate since the Cold War, where it too faced an existential threat where combat losses were seen as inevitable, and indeed planned for in terms of attrition.

Even for a state possessing a military the size of China, an attack against Taiwan would be like swallowing a scorpion.  Although China is now America’s pacing threat, Dr Gupta questions whether the United States can continue the costs of operating in the South China Seas.  Is it now caught in a trap?  Can it afford to leave?  China’s military is preparing for a high-end war set to take place in its own backyard.  If Taiwan’s aircraft still lag behind their American counterparts, China’s hypersonic and long-range missile inventory will make life very uncomfortable for the US military.

The ‘Next Generation’ has a lot to offer when it comes to exploring a wide variety of air forces.  The background as to why they are structured and operate as they do, as well as the context in which they function.  You will find yourself dipping into every chapter and when you do, you will discover that air power around the world is not a fixed entity, but one that is the result of history, technology and politics.  For every great power that can wield unlimited power, there are other gems out there to discover, and ‘Next Generation’ is the way to do it.

For those of you interested in Dr Gupta’s other works, he has two more projects in the pipeline.  ‘How to get an Honourable Divorce – State Breaking in the 21st Century’ which will examine three successful state separations from the 20th century (Norway and Sweden, Singapore and Malaysia, and the Czech and Slovak Republics) and ask whether such amicable political events are still possible today.  His second project ‘Comparing Approaches to Soft Power’ is an examination of why certain approaches succeed in this area, and others fail. 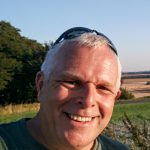 Phil Clare is a former RAF Logistics Officer. He has over 30 years experience of single and joint service environments, as well as operational experience that spans Op GRANBY onwards