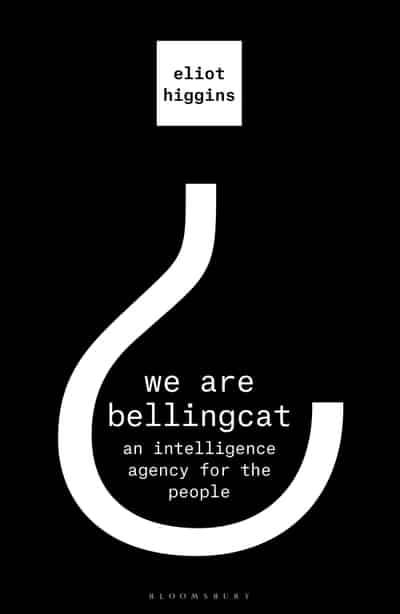 Bellingcat.  If you don’t know immediately what that word means, there is still a very good chance you have come across their work elsewhere.  The name Bellingcat – derived from a medieval fable about plotting mice – is fairly immaterial.  What the Bellingcat group does, however, and the impact it has had, is not.  Bellingcat is quite simply the most disruptive influence on journalism this century.  They are, in a very basic description, investigative journalists who specialise both in fact checking, and open source intelligence.  In the words of the author Eliot Higgins they operate as: ‘An intelligence agency for the people’.

Bellingcat was formed in 2014 however, its routes can be traced back further to when the founder, and author of this book, began the Brown Moses Blog.  This documented both the 2011 Syrian conflict and latterly the civil war in Syria.  It was during this conflict that the methods of Bellingcat, the analysis and search for open source data to ‘Identify, Verify and Amplify’, were first tested.  In wars where few journalists dare tread, the open source material generated by the civilians and soldiers locked in these conflicts become the true primary sources.  This narrative and approach of ‘studying the internet to understand war’, as told from the founders eye, is both fascinating and enlightening.  What is most striking from Higgins’ narrative is the informal nature of this approach.  Activity sparked by Facebook groups and Twitter direct messages, and stories amplified by social media in an attempt to tell the true story, were all documented on the internet, often in real or near time.  As Higgins points out, this was all happening in a time when online sources were deemed ‘less worthy’, with the paradox that internet sources ‘were increasingly likely to be the basis of public knowledge’.

The bulk of this book is dedicated to the detailed telling of Bellingcat’s two most infamous investigations: the downing of flight MH17 over Ukraine and the poisoning of the Skripals in England.  Whilst this is both a useful and detailed narrative, I would suggest that Bellingcat’s own podcast series of the MH17 investigation is both more interesting and compelling.  Furthermore, the vast majority of the Skripal investigation is well understood and has been published widely.  This is not to say that these two sections are uninteresting, more that if you know anything of Bellingcat, you probably know these parts already.

By far the most enlightening chapter is the one titled ‘Firewall of Facts’.  In this section Higgins explores truth, both what we mean by it, and Bellingcat’s driver for uncovering it.  As well as the lengths and means of how certain actors will go to hide it, or attempt to change our perception of it.  This section is useful both as an understanding of what drives Higgins’ team, but also as an example of the often misunderstood, but widely quoted, idea of the ‘Grey Zone’ – demonstrating what that actually looks like in practice.  This virtual tussle for the truth is explained with examples from other less well-known Bellingcat examples, and is an excellent indication of the impact that open source investigations can have.

Higgins also delves into the ethical boundaries of what Bellingcat does.  Whilst he is completely transparent in stating that they will investigate anyone, including Western states, in this book he does explain what the ‘ethical edges’ look like from Bellingcat’s perspective.  Whilst ‘open source’ as outlined above refers to data and information that is truly open to all, Bellingcat has delved into areas that would not be considered as truly open.  For example, paying for flight manifests and cross referencing them against government records which have been secured illegally.  For some this pushes Bellingcat across the ethical boundary in a way that WikiLeaks has been criticised for.  Nevertheless it is a compelling case once the ‘so what’ of these records are expanded upon in the worked examples.  Higgins does explain the safeguards that he imposes when using these ethically dubious sources, which he feels are necessary to both protect Bellingcat and the standards of investigations.

Higgins offers some interesting insights into the future of investigative journalism; for example posing the question about how we should consider securing opensource information for the future.  Will we reach a time when a video recording on YouTube holds as much credibility as a Second World War survivors diary?  And if so, how do we safe guard these items for posterity?  There is also an argument that perhaps the golden age of open source investigative journalism has already peaked.  As Higgins points out nation states and non-state actors have already started to protect their data.  Some arguably as a direct result of some of the Bellingcat investigations, which have shown just how open some of these data sources really are.

To conclude, this book is a mixture of well known narratives (the Bellingcat approach and key examples are already well trodden stories) told from a first-person perspective of the organisation’s founder.  It may be the breaking of these stories that gained Bellingcat its fame and reputation, but reading the background, with the personal tone provided, is both powerful and useful.  In many ways the key point within the book is its rallying call.  A call, from the Bellingcat team, to ensure that we as a society continue to value truth.  Yet also a call for those who want to step forward and be part of the growing public community that refines these skills and continues to ‘identify, verify and amplify’ the truth.

What’s in a Meme?